While technology extends to every region of our world, it has become the milieu in which we live as it has almost become a universal, dominating, virtually sacred force in our lives.

One of the scholars, who eloquently wrote on this subject was the French author Jacques Ellul. In The Technological Society, Ellul actually preferred the use of the word ‘la Technique’ which refers to the totality, the ensemble of “means” (tools and methods) characterized by rationality, artificiality, and the quest for efficiency rather than to isolated, individual machines or methods. Thus, the term also includes human technologies like psychotherapy, public relations, and industrial management in addition to cars or computers. In Neil Postman’s term, we live in a “technopoly”—a culture surrendered to technology.

According to Ellul, technology is more than just the “principal, central motif” of society—it is “sacred.” We detect the sacred in the “standpoint” from which our culture “assigns meaning, purpose and limits.” In a world which is difficult and hostile, people (unconsciously, spontaneously, yet willingly) attribute sacred value to that which threatens them, protects them, restores them, and puts them in tune with the universe. The sacred “is a mysterious domain in which numerous unseen forces are presumed to act.

For most of human history, nature was the milieu that became the origin and object of the sacred. Sometimes society also acquired a sacred character. Yet, according to Ellul, the “novelty of our era is that man’s deepest experience is no longer with nature. Man’s fundamental experience today is with the technical milieu and with society.”

Neil Postman, in Technopoly: The Surrender of Culture to Technology, underscores Ellul’s argument that our culture is firmly in the grip of technology. In his The End of Education Postman makes the point that technology plays a religious role:

[…] that they rely on it, that it makes promises, that they are bereft when denied access to it, that they are delighted when they are in its presence, that for most people it works in mysterious ways, that they condemn people who speak against it, that they stand in awe of it, and that […] their schedules, their habits, and their relationships to accommodate it. If this be not a form of religious belief, what is?

If technology sits in the sacred place, it will imply an ethics. It is a criterion of good and evil. According to Ellul, since technology is precise and efficient, it demands of people that they be efficient, precise, and prepared. It is a morality of behavior, not of intentions that excludes questioning and rigorously commands the one best way of acting. Accordingly, main ethical values embedded in technology are:

Normality: We are not called upon to act well (as in other moralities) but to act normally, to be adjusted.

Success: Good and evil are synonyms for success and failure. Morality is based on success; the successful champion is the moral exemplar of the good.

Work: With the overvaluation of work come self-control, loyalty, and sacrifice to one’s occupation, and trustworthiness in one’s work.

Boundless growth: “More” is a term of positive value and moral approval, as are the “gigantic,” and the “biggest.” “In the conviction that technology leads to the good” there is no time or purpose for recognizing any limits.

Artificiality: Nature has only instrumental value. We have little respect for the givenness of nature in comparison to our valuing of the artificial.

Quantification and measurement: Despite Einstein’s nice comment that “everything that can be counted doesn’t count and everything that counts cannot be counted,” our technological society insists on quantifying and measuring intelligence (IQ), success (salary levels), personality traits (Meyers-Briggs, etc.).

Effectiveness and efficiency: The measurably ineffective or inefficient are replaced or despised— think of Frederick Taylor and scientific management.

Power and speed: Weakness and slowness are only valued by eccentrics.

Standardization and replicability: Technology demands that people adapt to machines. The universal impulse of technology privileges platforms that link the parts together. The eccentric is only of interest in a museum.

Technological moral values become our virtues of character so that the good person is one who is a normal, adjusted, hardworking, successful creator and manager of the artificial instead of a just, wise, courageous, faithful, loving and temperate individual.

According to Ellul, we should “profane” and desacralize false gods and idols by treating them as ordinary, joking about them, or ignoring them.

Each individual has a perspective to discern whether technology can be a useful tool in service of the divine will. The challenge is not to kill technology but to move it to the “tool box” of our lives.

Technologies can be good servants in a life that is responsibly aware of reality, and that occurs within meaningful relationships to a power higher than technology. Technology is a good tool, but an unworthy god.

“Surely those (beings whom you deify and make statues of, and idols) that you worship instead of God do not have power to provide for you; so seek all your provision from God, and worship Him and be thankful to Him. To Him you are being brought back. (Qur’an, 29:17)” 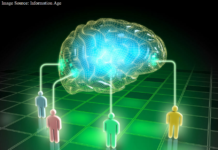 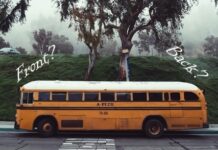 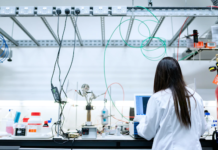