A Novel Economic System To Respond To The Novel Coronavirus? 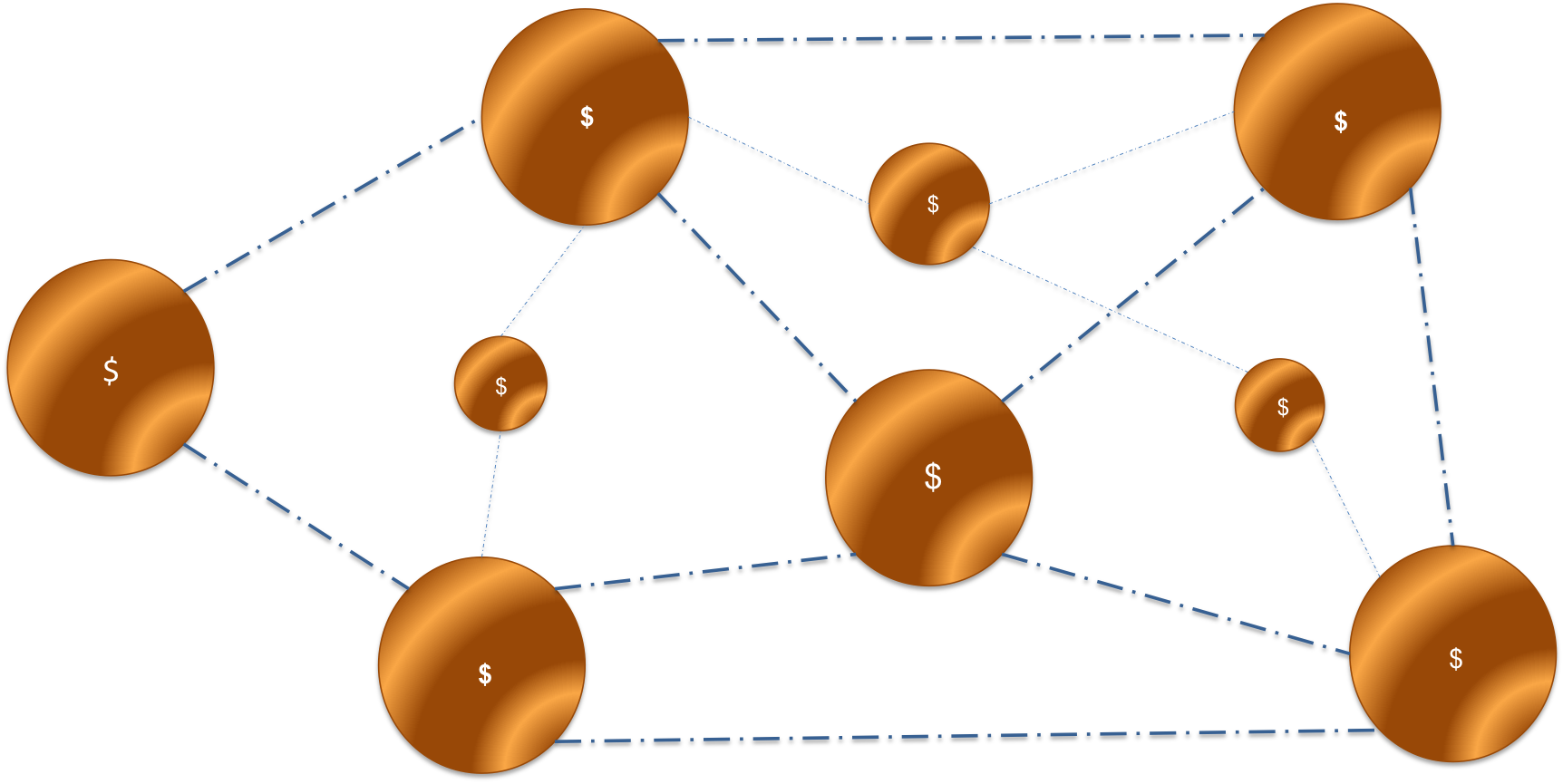 Economics is not governed by laws of nature or the physical universe but rather by rules created by human beings to organise their lives. It is an emergent system not directly constrained by base reality. So while a farmer’s productivity is limited by nature and his ability to tame the natural world to his purpose, contemporary economic systems in our society are driven in large measure by human emotions & incentives and our ability to align them to some agreed social goal.

Scientists working on developing vaccines for Covid19 are tinkering with constraints imposed by nature and attempting to bend it to meet human ends. Those scientists are operating at the level of base reality. Economists are not. Economic systems are several degrees removed from the base physical constraints and can, therefore, be significantly influenced and maneuvered by humans relatively easily, unlike physical laws in nature. We can, therefore, unlock immense value by expanding our minds and being creative in designing economic systems that the situation demands and not taking old models as self-evidently true.

Preparing for the outcome of this pandemic by assuming similar paths and trajectories as the past may not necessarily be the optimal strategy. Models of pandemic spread are enormously useful till such time as we start to constrain ourselves to them and accept them as prophesied truth. This is even truer of our economies, given that sentiment plays such a disproportionate role in shaping them. We need not assume similar imperatives and outcomes as the past when considering the present. We have several new levers at our disposal today that can be brought to bear on the present-day pandemic. The Internet for instance has been a significant tool thus far in sharing information, keeping jobs alive, allowing human interaction, and collecting & disseminating data about the contagion while sheltering in place. The current lockdown offers significant opportunities to redesign systems and create a new form of economic organisation. Be it pricing assets to match their true worth to humans or re-organising our urban spaces or rethinking our financial systems, we have an opportunity here for real meaningful change.

Existing market pricing models can address some of these questions. How should our ability to work from a distance, for instance, affect the valuations of commercial real estate and the design of our urban spaces? However there are deeper issues with respect to the economy such as the nature of money itself that might benefit from active intervention using hitherto unavailable technologies. Just one example of new technology at our disposal for delivering meaningful impact is the innovation of ledger-based money that can be moved at the speed of electricity and given many more dimensions than those of a store of value and a unit of exchange. In this case successful tinkering by humans with the laws of Math as applied to cryptography has already yielded an innovative new system of account keeping and transferring value in a traceable, transparent, and immutable fashion. It might be useful to invest a bit more energy in exploring how such a system can be deployed for better money flow and more targeted & efficient utilisation of its value.

Could a ledger-based digital currency be a useful tool during the Pandemic?

In the UK and elsewhere, Keynesian measures to support the economy during the current Covid19 pandemic have been brought in. In the UK the chancellor has created the furlough scheme paying salaries up to GBP 2,500 per month (up to 80% of the salary) from the treasury’s coffers. Keeping employment rates up and ensuring people have money to spend is the motivation behind these measures. Such generous outflow of funds from the public purse will likely lead to either more money being printed, leading to inflation, or result in higher taxes or both. The asymmetric burden on different parts of the population or unintended consequences of monetary measures can result from such action without proper control. Track and trace may be needed well beyond tracking the spread of the virus to also track the movement of money through the economy.

A ledger-based currency that can be issued in tranches and traced through the sequence of addresses transacting it on a ledger could help increase accountability and transparency. In addition the ability to append smart contracts to the currency tranches could help define the end-use or create purpose-specific currency tokens. The possibilities created by attaching smart contracts to money could be meaningful as they add further dimensions to currency. Such a structure is almost directly opposed to the assumed use case for the original Blockchain architecture i.e. Bitcoin, designed on libertarian principles (as decentralised, out of government control medium of exchange). A Blockchain or ledger-based digital contract architecture could also be a useful tool for the government’s treasury itself. It could help in lighting a path in the lockdown economy. A token-based currency adds a different aspect to digital transactions in that you can apply further features and constraints to specific tranches of money issued through smart contracts. Food tokens, for instance, would be an example of a specific purpose-driven digital token with a defined use.

Such a government-issued ledger-based currency would still be centralised feat currency and not a distributed ledger currency like Bitcoin. Tax-payers could target their tax dollars or pounds to specific end purposes and projects when the time comes to rebalance the economy when these dramatic measures can begin to be eased. It seems on the surface to give control to the government but in fact it also gives control back to the tax-payer to ensure their tax dollars are spent where they were promised. The move towards a smart economy with digital money and tokenisation could help make the government more efficient considering the malleability and transparency offered to the economic system by such an architecture.

Blockchain is just one among a raft of inventions available to policymakers and economists to get us out of the weeds. An open-minded and creative approach to speeding up growth and reprioritising value in society is a tractable problem as opposed to the much harder challenge faced by scientists of finding cures and vaccines by pushing against nature in their labs.

It is telling, however, that so far we seem more hopeful of succeeding in bending nature than better organising our own selves.

Anuj Kapoor Anuj is Founding Director @ Five Benches Promotions & Advisory Services and ilistu Limited UK. He works on product origination and design. He has set up and invested in early-stage companies, including 'Himalayan People' - an end to end consumer goods platform with rural producers in North India (www.himalayanpeople.com) and 'Festive People' - a gamification and AR platform in London (www.festivepeople.com). Prior to founding these companies, Anuj worked as Resident Vice President at Citigroup’s EMEA Treasury in London and in Asset Management at EFG UK. He writes about product development and use cases for ICTs in economics and society (#AR #Blockchain #DLT #MobileApps #Design #SmartEconomics). He has an MSc from the London School of Economics and an MBA from IIM C.
« How to manage great teams—and yourself
Amid COVID-19 Pandemics, Private Hospitals and Clinics are going out of Business: What is wrong with the picture?! »