FAANG stocks pull the market higher on news of an FDA emergency greenlight on a COVID plasma treatment. After a week of jobless numbers cracking up once more, the market and the pandemic sent mixed signals to investors.

Thanks for reading: We want to hear from you.

DDI is moving fast and breaking things, and we think of that as a good thing. But we’re curious about your experience with the newsletter and our publication so far.

DDI Member’s Corner | We want to feature first-rate stories from our contributors in both the newsletter and our leading site.

Have you unearthed something amazing in Big Data, AI, IoT, startup culture, or anything else tech-related? Please send us a draft

In each issue, we like to start by showcasing a few thought-provoking stories from the DDI community. We need more topic-specific content, so now’s the best time for you to put your work in front of our 23.4k subscribers. Submit your best here. ​

​How to Trade For a Living

​How Not to be Dumb Money

“There are rare, once or twice in a generation opportunities within your sphere of competence that will make you feel like Buffett in 1974. That’s when you bet big.” -Lester Golden​

​Stock Donations: What To Know

“The benefit is clear: you don’t have to pay taxes, AND the charity receives more money than it otherwise would.” -Alex Chung​

​What Would Government’s Place in a Free World Look Like Anyway?

“While the brain commands the rest of the body to act and will sacrifice the arm without hesitation, our governing body would provide accurate information to each member about the situation and tradeoffs.” -Mohammed Siddiqui

While the S&P is holding its all-time highs, without the top 5, the S&P is only up about 2% on the year. Whereas with the FAANG included, it’s up over 35%. It’s the most massive proportional valuation of the top 5 since the 1980s.​

According to Bank of America, the ratio of hedge fund short positions in FAANG stocks is at a record-setting low 1%. ​

​Zoom in: Tesla closed over $2000 for the first time, pulling ahead of Walmart in market cap. The company became the world’s largest automaker earlier this year. The company’s preparing for a 5:1 stock split this month, along with rumors it’ll enter the S&P 500.​

​That’s huge: In the same club, Apple snagged first-place for a US company reaching $2 trillion in market cap.

They also have the liquid assets to offset this debt issuance many times over. They’ve issued debt at 2.6% interest over 40 years, which doesn’t even keep pace adjusted for actual inflation.

It’s a stout capital raise for a giant company that’s made all the difference in S&P returns this year.​

How to interpret this: For the S&P index and FAANG, Apple’s foray into debt issuance is likely a bullish signal.

Given that the top 5 have the same dollar-for-dollar input as the bottom 380+ stocks in the S&P, perhaps none of this will materially impact the smaller caps in the index.

​On the contrary: Warren Buffett, a man who needs no introduction, bought shares in a gold mining company last quarter. Buffett hasn’t been interested in gold for about 20 years, but perhaps these uncertain times have changed his mind. In current economic conditions, with gold breaching $2000 for a period, the legendary investor may see the writing on the wall for undervalued mining companies.

Where’s the relief? The Trump administration sees a path toward compromise with the Democratic leadership. The package would total $500 billion and would only include proposals that both parties could agree over. (Bloomberg) ​

​An ugly future: Initial jobless claims climbed to 1.4 million as US recovery slows. The IRS projects that millions of jobs lost

will not return for several years. Many of those jobs, according to the IRS, will be replaced with gig workers. ​
​

Keep Calm and Eat Pizza: News from companies like Dominoes Pizza appear to agree with the IRS’s prediction of a spike in UberEats-style jobs. The pizza franchise plans to hire another 20,000 workers to feed the world’s insatiable appetite for pizza delivery.

​Better than nothing: However, Trump’s executive order created a grant program offering up to $400 in unemployment benefits. Due to the program’s cost-sharing structure, many states opt not to pay their 25% of the deal, so some residents have only received $300.

​Some good news: The Fed ended 1-week US Dollar swaps with central banks as economic conditions have improved. (Reuters)

​Nevermind: On the other end, the Dollar’s purchasing power fell to a record low this month.

25% of hotels are at risk of foreclosure. Meanwhile, US airlines continue to cut back, printing a 46% reduction in domestic capacity and a 56% reduction overall. (Seeking Alpha)​

Housing boom-bust combo: Sales of existing homes jumped 24.7% from June to July as sales increased monthly, and the total supply on the market dropped a sheer 21.1% annually. As bidding wars ignite between urbanites flooding the suburbs as consumer desires shift in the wake of the pandemic, we may find ourselves in the next boom cycle of the housing market. ​

​Reports from India suggest the country may be fast-approaching herd immunity as Europe and South Korea face another spike in new cases.​

​Also, scientists see lasting immunity to COVID-19. If that’s the case, it may reduce pressure on what public health officials are coining as a ‘Twindemic‘ in which a severe flu season compounds with the lasting coronavirus pandemic.

Higher Ed. under pressure: The US State Department is warning universities to drop China stocks from their endowments on the risk of exchanges delisting Chinese companies. (Financial Post)

The multi-billion divestment would likely have significant repercussions for US-China relations. This year, US regulators urged American stock exchanges to change the rules for Chinese companies on suspicion of widespread fraudulent behavior.​

​TikTok, still a hot topic: Trump stated that tech heavyweight Oracle would be an exceptional choice for taking over TikTok’s US business. (BBC)

Earlier this month, the President ordered TikTok’s owner ByteDance to sell its US branch within 90 days or get booted out the door. Both Microsoft and Twitter are in talks with TikTik for a potential buyout.

​For a bite-sized breakdown, read “The Great Tech Decoupling is Here.” (Axios)

The great wall between rich and poor: China faces a widening wealth gap during its recovery from COVID. Beijing’s focus has been on stimulating investment and development rather than putting that stimulus into consumers’ hands. (Financial Times)

Luxury car sales in China are on a tear. At the same time, unemployment remains high, and low to middle-income people are spending less.

​Foreshadowing: As the country reels from record-breaking floods, more than 100,000 people are forced to evacuate. Many fear the Three Gorges Dam will fail to hold back the Yangtze.

Cali’s on fire: Thousands of households are at risk as wildfires in California send 60,000 residents packing. In the wake of one of the deadliest heat waves on record.

​A colossal error: 40% of British students saw their grades drop after the government implemented an algorithm that disproportionately affected disadvantaged students. (CNBC)

The government withdrew the grades shortly after students protested because the algorithm replicated inequalities present in the UK education system.

​Whoops: Citigroup filed its third lawsuit over a $1 billion mistake. The company is contesting a dozen firms after accidentally sending a cash pile to Revlon Inc. creditors (Reuters)

​Surprise twist: AirBnB, valued at $18 billion, has formally filed for an IPO in the face of the travel industry in comatose. Revenue for the company was down 67% in Q2.

In the first six months of 2020, the company gained 10 million digital customers and another $5 billion in market share. Like Wal-Mart, Target benefited greatly from government stimulus checks, meaning the company’s growth is likely to taper off as the pandemic subsides.

Our friends at Alpha Trades dive deep on markets, crypto, and the economy throughout the week. Find your Advantage with the freshest episodes:​

​​Bitcoin: Rocky week Ahead | Levels to Look Out for Shorts Vs. Longs

​Why Bitcoin Will Range and Which Altcoins Will Explode!

​Subscribe to the Alpha Trades Discord server to learn technical analysis and how to invest profitably. Ask about the 2-day trial of Premium Membership!

Head’s up, subscribers: Some of you may have subscribed to both DDI’s Medium publication newsletter and the main website’s newsletter. We appreciate the fandom, but both newsletters are the same beast.

If you’re in this situation, we suggest sticking with the main site. You’ll notice the right one by the lack of Medium branding. If you have any questions, send us an email. 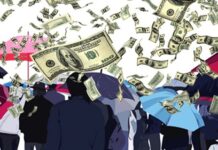 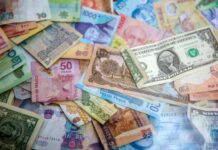 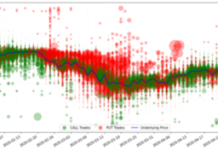