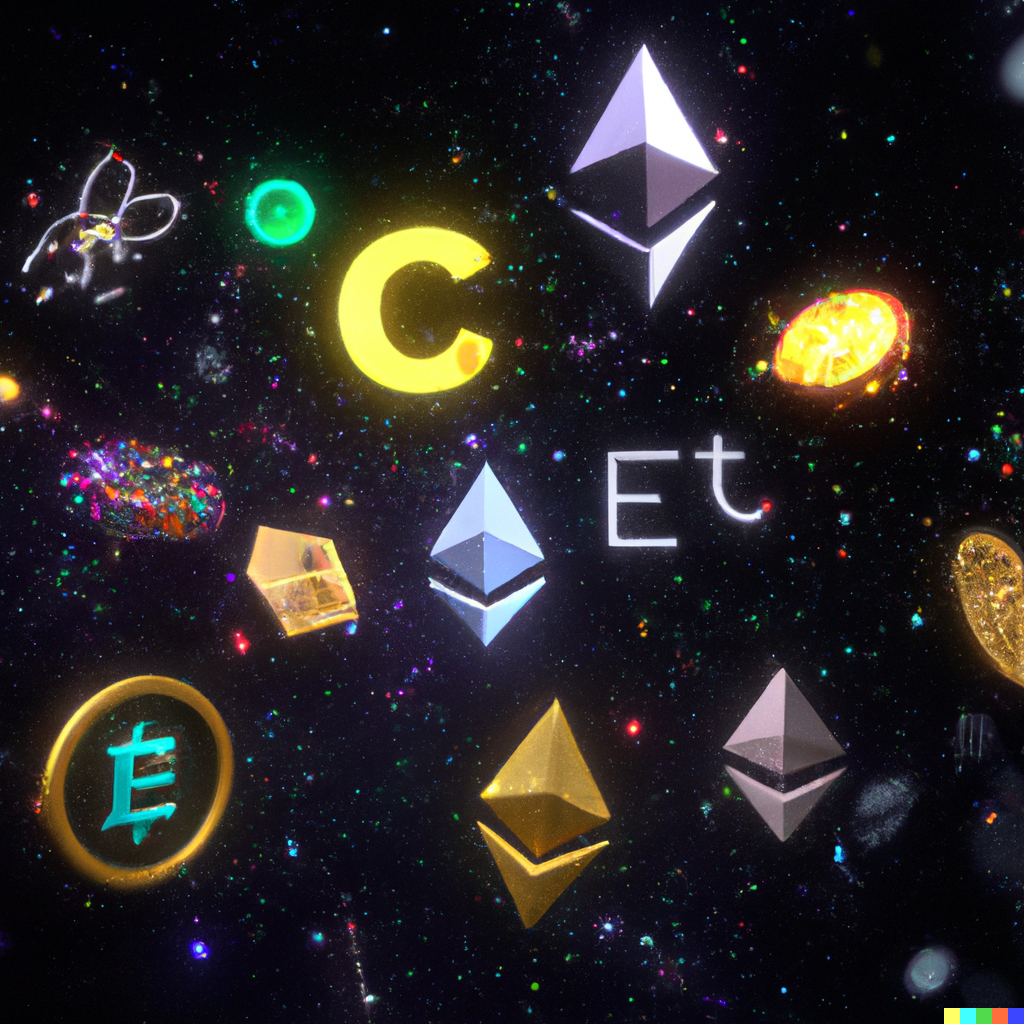 The phrase “tokenomics” is a combination of two words that very well describe its new meaning. Token and economics, or economics of a token, refering to components that determine the value of a cryptocurrency token. Tokenomics determines whether a token is useful, how it should be used and how it can grow in a given cryptocurrency project.

Why is tokenomics important?

Tokenomics is a basic tool for fundamental analysis in the crypto world.

It is difficult to use one valuation method because there is a variety of tokens in circulation (and new ones are created daily). In addition, because blockchain technology, despite over 13 years of existence, is still in the early stage of development, it does not allow for analysis based on distant historical data on tokens. Many hard-to-determine factors such as general market situation, appetite for risk, correlation to traditional assets, and pure speculation further add to the complexity of token valuation.

That is why tokenomics was created to help to come closer and understand the real value of a project. When you get to know and analyze a specific token, you are much more likely to assess the potential value but also potential threats and negative events like the occurrence of strong selling pressure from certain investors’ groups.

What does tokenomics pay attention to?

Purpose of the token – What is the task of the token in the ecosystem? Is this just a way to speed up the fundraising process for a project or does it have a global, long-term goal?

Token functionality – Is the token scalable, is there a market for it, and can it be traded on exchanges?

Token value and stability – the value is unpredictable. Global markets and volatility, for example, due to liquidity in exchanges, can have a significant impact on the value of tokens. Projects can improve the stability of a token by ensuring that there are enough digital assets to ensure a balance between supply and demand.

Distribution of tokens – tokens should be distributed among users somehow. This is achieved in several ways: by rewarding for the completion of specific tasks, Initial Coin Offering (ICO), airdrops or lockdrops, i.e. promotional campaigns consisting in giving away tokens for free, which can become active immediately or only after a specific event. There are several factors to consider, including the amount to be distributed and the appropriate timing.

What are the features of a good token?

The underlying properties of a well-designed token are as follows.

Useful in the ecosystem

Issues of volatility can be avoided if the token is associated with a utility in the cryptocurrency project. This makes it a must for projects to think about the purpose of creating a token before launching a cryptocurrency.

To secure a stable and sustainable economy, tokens should be distributed in a fair way. This often comes in the form of a cryptographic algorithm that gives bonuses to early investors and puts a cap on the total amount of tokens that will be issued.

Privilege can be defined as a right, advantage, or opportunity that is available only to a certain person or group. Perks associated with holding tokens of a project can range from getting access to premium services to directly influencing underlying project decisions.

Although most cryptocurrencies are built in a decentralized manner, tokenomics can make tokens centralized. This can potentially make them lose investors’ faith.

Although it is hard to measure the utility of a token, there are certain traits that indicate if a token is associated with a measurable utility. This includes having a fixed supply with no possibility of increases or decreases, returns generated as a result of rising or falling of its price, and/or redemption of a cryptocurrency payment.

Inflation-resistant tokens provide a way to avoid inflation by tying the creation of new tokens to a cryptographic algorithm. This can be in the form of burning, freezing, swapping, or repurchasing mechanisms.

Potential and the ability to scale

Although the token supply is limited, the token should have the capability to scale up with the project it supports. This makes sense because a growing project leads to a growing community, which means more demand for tokens.

Although the token may have a high initial value, it should retain its value over a period of time. This ensures that the token provides long-term utility to its holders.

It is traded on good exchanges with satisfactory liquidity. Liquidity can be understood as the ease (or additional cost) with which assets can be bought and sold. New tokens have to break a loop of ‘nobody trades my token because order books are empty, and order books are empty because nobody trades my token’. This is the role of market makers in the crypto space, which are already quite a few with a decent track record.

Here are some examples of cryptocurrencies that do a great job at designing their tokens:

Augur’s ethereum-based Reputation is a good example of a well-designed utility token. Augur is a decentralized oracle and prediction platform. The outcomes of Augur’s prediction market are controlled by users that hold Augur’s native REP coins, who stake their tokens on the actual outcome and receive settlement fees from the smart contract. Augur’s incentive structure is designed to compensate users most if they report actual outcomes accurately, ensuring that the system will inherently operate honestly and securely.

Stake tokens are used to represent a stake, claim, or interest in a blockchain-based asset. Usually, these tokens have no functionality outside of the platform that they support. Examples of stake tokens include ARK’s ARK, POA Network’s POAT, and Loom Network’s Loom DApp tokens.

These tokens are great for measuring a user’s contribution to a platform.

To summarize, tokenomics is an important aspect to consider before investing in any token. It can answer many questions about why a cryptocurrency project is built, what it aims to accomplish and how it intends to reach its goals. It is not likely that even a token with good tokenomics will become wildly popular overnight. Rather, it requires investors and users to have some patience and see that the project hits critical mass. But without stable foundations in tokenomics, any crypto investment is just a gamble.

Michal Rozanski Hi, I am deep in technology and crypto markets. I build low latency, scalable and distributed software systems that operate on markets 24/7. I am keen on algorithmic trading, distributed architectures, markets connectivity and tokenomics. I am co-founder of Empirica, a crypto liquidity provider
« Intersectionality Is The Future of ESG: Empowering Sustainable Generations
It is Not Enough to Say that Countries Must Become Sustainable… »