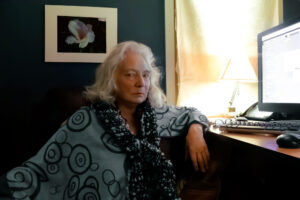 To understand how to approach anything, one must understand the fundamentalism of process

I was raised in a business in a home, established in 1952 on the coast of Maine, as a complete product development system from design to market place. Production started with bags of raw materials mixed into glazes and casting slip, using original recipes, designed by my dad. and poured into original mold designs to create ceramic functional forms and sculptures, which were then marketed in-house to wholesale and retail markets.

The enterprise was formulated as an S corporation and located in an historical old homestead. It was started on a shoe string and pulled up by the bootstraps in the golden age of the American middleclass.

In 1968 the American economy was centralized, with barely a bleep in the national conversation, which was then limited to the newspapers and the six o’clock news, not at all like the amazing interactive media we have today.
Maine followed suit and became centralized in 1976.

In the 1980’s America, when most western ceramic companies moved their production to over seas labor markets, Andersen Design chose to remain an American-made hand-crafted product, a choice consistent with the purpose the working process gave to our lives. As an American made art form Andersen Design was competitive in a market flooded with products made in global low cost labor markets.

The environment in which I was raised was an environment where one learned to do everything, no specialists around, no hierarchy, the designer also carries the fifty pound bags of raw materials down into the basement and mixes up the casting slip, identifying not with a singular function but with the whole.

Today many voices are discussing how to live during times of uncertainty, which was our communal norm when I was raised. I think there has been a lot of unaccounted for cultural loss in the restructuring of society as a system where security is prioritized over work engagement and opportunity. In this historical moment as the old norm is transforming some are discovering talents, skills, understandings and desires that they never knew they had as they adapt to living on the edge of faith.

The environment in which I was raised was a learning environment, Because we lived on the edge, we needed to learn to do many things for ones self, such as photography and photographic printing used in marketing the product we made.

I believe that elemental process is a chameleon-like constant that unfolds in diverse applications. This is key in a world where entire industrial sectors can be wiped out by new technology, as the elemental process of processing remains the same and is very adaptable.

I learned darkroom printing in the eighties in New York, working for a Swiss photographer who at first resisted training me because I am an American. He told me that Americans can’t do anything right. He usually worked with Swiss and German students, and in his mind there were no greater people on earth than Swiss-Germans. After a week he was telling me that I was the best printer with whom he had ever worked.

Black and white darkroom printing is similar to creating ceramics and glazes because what you see while you are working is not what you get when it is done. Designing a ceramic glaze requires delving into its invisible structure and interactive processes, mirroring the path I am unresistingly compelled to follow, into the darkness to discover the light, into confusion to discover order, if I don’t become lost before I am found, I might have missed something important. This is what makes an indefatigable researcher.

Back around 2007 I started looking for funding to situate our business in the new digital age, as I did so I encountered for the first time, the centralized wealth redistribution network of Maine and, being the researcher that I am by background, I applied those skills to reading the statutes and other documents that are the foundation stones of Maine government by central economic development, entwining the public-private and profit-non-profit sectors into a single system, including the fourth estate. I published my research independently on my own blogs.

Sometimes you may want a different pair of eyes to review your work. I made a radical decision in my youth, not to own a TV, and that meant I read many books. In the 1990’s I started watching TV and thought my previous choice was a mistake, but if I had not made that choice I would not have had as much time to read books, fiction, and non-fiction. In reading one becomes one with the flow and feel of the words on the page. A good reader can recognize when the flow is interrupted and how to fix it.

I had recently published “Were Itinerant Craftsmen Free Agents During the Bronze Age and Why Does it Matter?”, which includes reviews of several research papers on the role of craftsmen in the Bronze Age.
The action I advised in my review was acted upon. The fact that the review was done is documented on ORCID and I have been awarded “preferred source” status on ORCID, an organization that connects research with researchers.

I have no traditional training as a writer, but I spent many years of my life excluding all other media except the written word of books, reading the 19th century classic fiction writers, contemporary writers and thinkers, science fiction, quantum theory and metaphysics.

In retrospect it is a bizarre choice to exclude contemporary media and one that I persist in by not owning a mobile phone. Someday I may decide to get a mobile phone and think that I should have done so a long time ago. Maybe one day I will decide to have our ceramic designs produced in another country, and think I should have done that a long time ago as well, nothing is written in stone unless it is the philosophers stone, ancient, constant, and contemporary.

But for now It is my mission to create a center facilitating a network of independent slip-casting studios, much like the pre-industrial revolution cottage industry. I believe that the global world order has got it wrong, we need many types of industries everywhere, to accommodate the diversity among human kind.

For the time being, I am a writer, researcher, analyst, photographer, graphic editor, text editor, and a web designer. I have also dipped into video clip editing, which I would like to pursue further.

The skill sets I am offering on the Data Driven Investor platform are researching, writing and reviewing. The program is set up to charge by the minute. I prefer to also offer a project based rate as well, which hopefully can be negotiated through the platform if the need arises.

Philosophically I am a Hermetic Christian, which entails perceiving the archetypical similarities running through every religion and philosophy, a perspective carried through to perceiving everything as a process and all processes as unfolding in similarity. To understand how to approach anything, one must understand the fundamentalism of process, right down to where energy becomes mass and the observer affects the observed, a primary creative process, though, of course we do not always need to be working at the level but only to understand that it is always working.

I think it is important to allow breathing space in whatever one is creating, whether a long or a short project. One should permit the latitude to walk away from what one has created, give it a rest and come back to it with fresh eyes. That is when the layers start interacting and the process goes on a journey of its own of unknown duration.

I chose the Arts and Culture Society category. for its wholeness, I would like to have the opportunity to apply my diversified skills to storytelling, which taken all together means film.

Filmed stories are told with dialogue, images, color, movement, sound and silence, place, time and characters. I often find myself imagining the research that I am writing about coming alive as a political drama.

How to connect to Mackenzie Andersen