TDS diagnosis: Can’t you see — the elephant trampling in the piano is actually a genius! 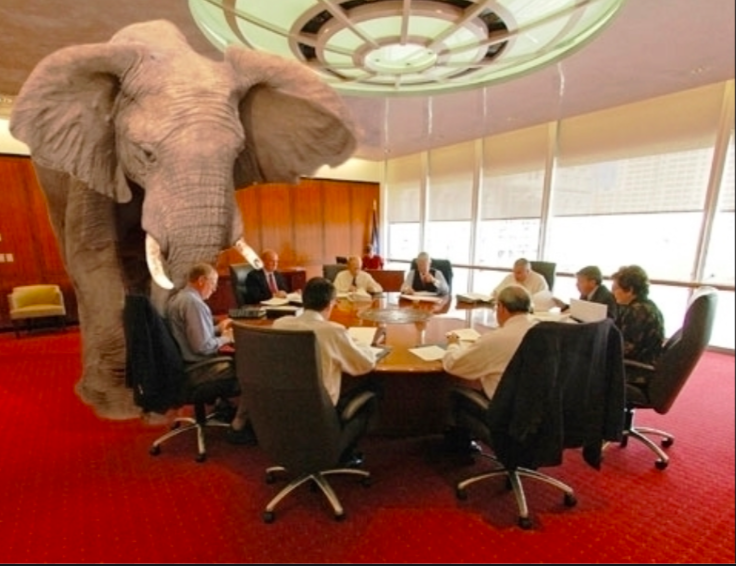 🙁 Stupid me, I was thinking of Conspiracy and Fake News

From reading the comments to Julio Vincent Gambuto’s excellent article Prepare for the Ultimate Gaslighting, I was struck by this comment which was very very to the point:

“An excellent article, well-written, and thought-provoking. So sad that you suffer so much from TDS that you couldn’t help yourself from trying to blame the President. This is great opportunity for us to come together, and you, like all those who suffer from TDS, see it as another opportunity to play the blame game. So sad.”

Reading this comment I learned that there is a suffering called TDS. It’s something like discovering that there is an Elephant in the room. The Elephant is trampling in the piano — and he is is actually a genius!

The Elephant’s coronavirus ramblings about injecting people with disinfectants and ultraviolet light were — according to what he said afterwards — meant sarcastically. That’s an Elephantic genius discovery!

The age of information overflow

We live in a time of information overflow, and we are all prone to misinformation and disinformation. And what is so difficult is knowing what is the truth, what is not the truth.

This is a question that was raised in Norway when the corona crisis began to hit us, and when the crisis created uncertain feelings, fears and insecurities in many people.

I can honestly admit that I was one of those overwhelmed by information about the disastrous news that flooded us, with daily broadcasts on TV about the virus and its threat. It turns out that I was caught by the categorical scientist who sat on TV and said we must shut down, that we immediately had to shut down the entire community, everything. I took the argument from this researcher and said the same thing: We must shut down, we must be strict, we must stay home, no one must go out.

Later we have gained access to new information. Among others, I have read some articles and information from researchers who run statistics on health and medical science. The researchers point out that the statistics show that when we look at seasonal influenza compared to Covid-19, the figure is clear: While seasonal influenza in my country each winter causes an average of 21 deaths per day, the current corona epidemic kills an average of 4 people per day.

The average annual number of deaths caused by seasonal influenza in Norway is about 900, whilst we now count 202 deaths caused by the Covid-19 virus. Thus, seasonal flu is four to five times as deadly, if we compare daily and annual death rates.

In Norway, the authorities were not very good at meeting the pandemic. The National Assembly (Storting) received a proposal in 2019 from the opposition to create solid pandemic preparedness, but the government rejected this proposal.

When the pandemic began to spread in Norway as well, the government was almost completely unprepared for the new situation, and because of the threat of the virus and the fear that hospitals and health care would be overwhelmed and destroyed by many critically ill people, the government decided on March 12 an almost total shutdown of businesses, shops, restaurants, cafes and bars, kindergartens, schools, secondary schools and universities, small businesses such as hairdressers, physiotherapists and others, as well as partial closure of the transport sector and the entire cultural and sports world.

Social distancing, frequent hand washing and no more than five people gathered at the same time were the orders. And the people were encouraged to stay home and, if possible, work from home.

The driving force behind this was the general fear of viral pollution created and maintained by the daily press releases from the television broadcasts. The government and health specialists from the responsible national health institute were on TV day after day, describing the dangers and measures to be implemented. According to government sources, the cost of the measures for 2020 will be at least NOK 186 billion.

Today, at the end of April 2020, the government has begun to reopen the country, but there are still many activities, businesses and schools still closed, and apparently it will be this summer.

In retrospect, it has been found that the heavy shutdown of the country was too extensive and characterized by fear. After approx. six weeks with the country’s closure, the situation is now that very few have been infected in Norway, 7 667 people, which is 0.14% of the population (5 367 580 as of 01/01/2020). That figure may be higher, perhaps one percent, experts say.

And with the new knowledge we have today, but apparently did not have in March, it is probably right to say that the measures that were so extreme and powerful were based more on fear and uncertainty than on real facts.

The government is now embarking on a cautious reopening of Norway, a reopening that in many people’s opinion is unlikely to happen soon enough and which causes many companies to face major financial problems and many can go bankrupt. Also, the slow reopening of the country does not leave individuals untouched, and there are great dark figures surrounding the negative psychological consequences of the closure and the strict rules.

Of course, we humans will always be exposed to uncertainty and fear, and this can lead to actions that are not always very good. That’s how the country was shut down, and it cost our country almost two hundred billion. But fortunately, these are the costs we can bear today because our country has a very solid economy. Unlike all other countries, we have the state oil fund that we can rely on, but this still raises the next question:

What is happening in our time of information overflow, with fake news and its kind?

How does this affect us and society?

The way the leaders are making decisions and what they decide of course affect the people deeply.

Disinformation has always been used by leaders, who need to influence and secure their power base in the population. Widespread insecurity among the people — as well as widespread dissatisfaction — gives both political and social power to holders of power to do things that are not good.

I see that there is a clear distinction between different countries. In many countries, we can see a high level of trust in the population. We trust our leaders, and we manage to talk together and find good solutions. If we see that our leaders do things wrong, we can live with that, and by the next election, we vote for a change.

But in other countries, the population is tragically divided, and the opponents sit in their own camps and throw stones at each other. We see this in our time now, with some actors at the top international political level that are not in the same line as top-level politicians have traditionally been, namely based on democratic ideals and also based on reason and emotion, on facts and what’s best for society and for the individual.

This has always been our ideal goal in Norway, and also in many other countries. But it is no longer true today that politicians always strive to act honestly, without relying on manipulation and falsehoods. We observe today a new type of state leaders in several large countries, “strong men” in power in a number of countries, and in recent years we have in many countries seen an increase in the restriction of people’s freedom.

In Julio Vincent Gambuto’s words the fundamental problem, before the coronavirus crisis, as well as after it, lies here: