15 Years Of Trying To Be Carbon-Neutral: Practical Uses Of Technology For Individuals 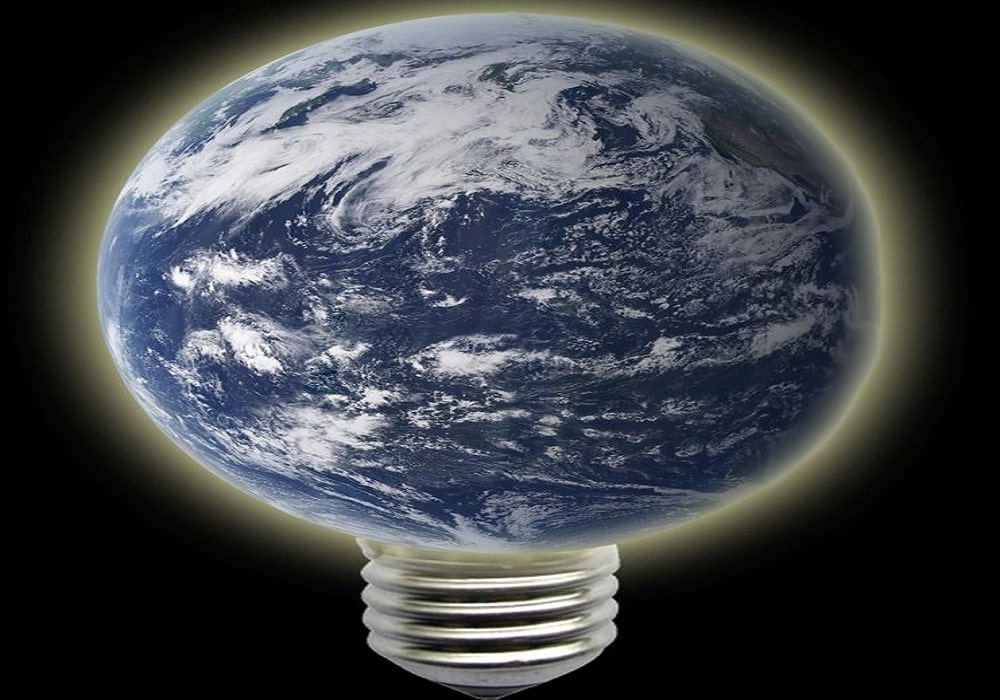 I am the product of both developing and developed countries — my adult career in Silicon Valley has shaped a fundamental belief that tech can do tremendous good if we apply it correctly. I also believe that actions speak a thousand times louder than words, and one of my efforts is on being carbon-neutral. It is a work in progress since the first paycheck and a win-win, saving money especially in the long-run and saving the environment by consuming less resources. Technology has been key to getting closer to this goal. For the last 15 years, I have implemented three “projects,” which I am sharing here in the hopes that what worked for me can spark practical insights for others.

1) Transportation — Fuel-efficient cars are not the future, they are the present

Fuel-efficient cars include hydrogen, biomass, natural gas just to name a few, the most popular type are hybrids. The definition of hybrid is using two or more distinct sources of power. In different countries people will use the term for what they see most commonly, in Brazil, for instance, hybrid vehicles running on a mixture of ethanol and gasoline are quite prevalent. In the US hybrid cars almost always mean a mixture of gas and electricity. Plug-in hybrids are a specific type where you can actually recharge the electric component. Increasingly we are seeing purely electric cars becoming commercially viable. The myth of not enough power? Hybrids and electrics today are comparable to combustion engines.

Hybrid cars are not yet affordable everywhere in the world for various reasons (oil subsidies, import taxes, etc) but California at least gives more than enough reasons to be an adopter. My first new car in 2004 (Honda Civic) was eligible for a tax rebate from both federal and state governments and the employer at the time provided a match covering the price difference to the equivalent non-hybrid. The next vehicle in 2014 (Toyota Prius) was a plug-in hybrid and 2018 was an upgraded plug-in (another Toyota Prius). Trading in the old car plus research and negotiation meant as little as zero extra dollars upfront. All three cases qualified at their time for a carpool sticker. In the densest parts of the state, with massive traffic jams, it can be a lifesaver — it easily reduced my commute by an hour every week. Add to that gas savings and the investment in the plug-ins has fully paid off in 3 years. Finally, while there are costs associated with producing electricity, burning less fossil fuels means is arguably less overall pollution, certainly where most people live / work.

Comparing the costs of producing energy from the sun to other sources is complicated because it varies on many factors especially geography. As you would expect, in sunny Arizona solar panels are much more economically viable than wintry Alaska. That said, we are essentially in a world with solar parity ie the energy produced from the sun is overall economically comparable to fossil fuels. 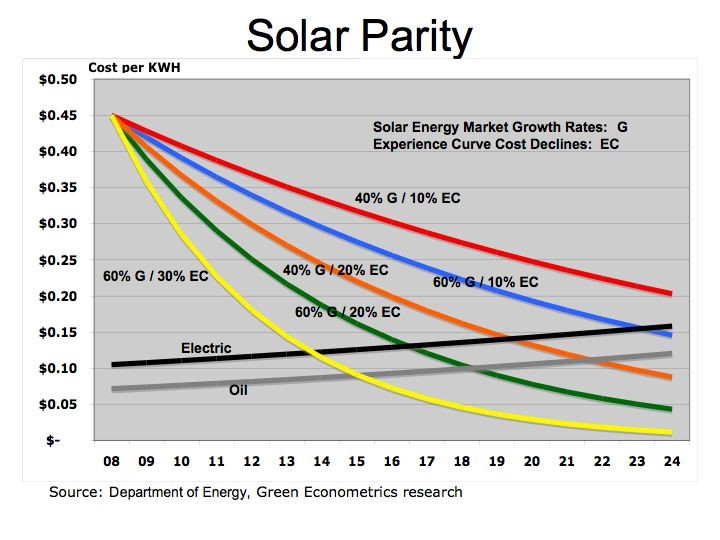 My first foray in solar panels was in 2015 when tax rebates from the federal and state governments plus the estimated electricity savings meant the system paid for itself in 5 years. The vendor at the time (SolarCity, now Tesla) also gifted a smart thermostat (Nest, now Google) which allows for more efficient energy usage by controlling heating and cooling. Furthermore, Time-Of-Use (PG&E) means you pay different rates for electricity at different times of the day, which makes sense especially if you consume less electricity during peak hours and produce when it is more expensive. The second foray into solar panels is ongoing in 2019 — cheaper price tags and higher efficiencies mean the expanded system will pay for itself in 3 years. 2019 is incidentally the last year in the US where homeowners get full policy benefits. There are obviously costs in producing solar panels but they pale in comparison to the externalities of coal and oil.

Toilets with settings for a single or double flush (Niagara Corp). Showerheads dispensing less liquid. Airheads in faucets. Meters reducing the overall flow into a house. These are four specific changes (driven by CalWater) that are bringing down water usage in my household by almost 50%. We still have the option of getting water at the same levels, just turning the setting higher when needed, it’s the default that is lower.

Water is increasingly a scarce resource, there is a reason indeed for headlines like “A Quarter of Humanity Faces Looming Water Crisis” in an authoritative source like the New York Times three months ago. As the diagram below highlights, developed and developing countries alike are very much at risk.

Can we protect our wallet and our planet? I do fundamentally see these home projects as within reach for millions of individuals, especially in the biggest economy in the history of the world. The extra capital redeems itself in a few years, there are financing options, and progressive policies are increasing in scope. Have other tech-enabled solutions that individuals themselves can implement? Comment away.

Originally published on: “Data Driven Investor.” I am the Managing Partner and Cofounder of Tau Ventures with 20 years in Silicon Valley across corporates, own startup, and VC funds. These are purposely short articles focused on practical insights (I call it gl;dr — good length; did read). Many of my writings are at https://www.linkedin.com/in/amgarg/detail/recent-activity/posts and I would be stoked if they get people interested enough in a topic to explore in further depth. If this article had useful insights for you comment away and/or give a like on the article and on the Tau Ventures’ LinkedIn page, with due thanks for supporting our work. All opinions expressed here are my own.

Amit Garg Follow I have been in Silicon Valley for 20 years -- at Samsung NEXT Ventures, running my own startup (as of May 2019 a series D that has raised $120M and valued at $450M), at Norwest Ventures, and doing product and analytics at Google. My academic training is BS in computer science and MS in biomedical informatics, both from Stanford, and MBA from Harvard. I speak natively 3 languages, live carbon-neutral, am a 70.3 Ironman finisher, and have built a hospital in rural India serving 100,000 people.
« Top 8 Healthcare Technology Trends to Watch Out for in 2020
Big Data And Its Impact On Business And Mobile Apps »