The Entrepreneur’s Guide to Failing Upward 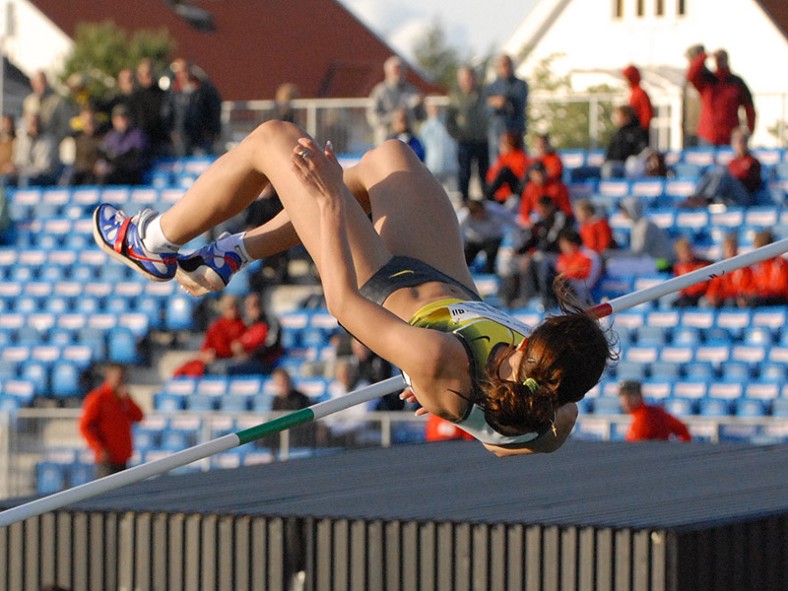 It’s where you land that counts.

I’ve failed at several businesses in multiple industries: academia, advertising, real estate, as co-founder of an online ID verification startup, and as an angel investor in ten early-stage startups. If degrees, diplomas, or certificates for failure existed, I’d have a framed Ph.D. for failure hanging on my wall.

So how does an expert in entrepreneurial failure end up as a financially unstressed retired b-school prof living on a beach outside Riga, Latvia? The answer: by failing upwards resiliently. Each failure seeded its opposite….and vice versa.

Easy money lowers humans’ sense of smell for risk. Nothing is so dangerous as investing right after a big score that makes you feel like a genius when all you did was show up at the right place and right time. In the right macro moment, capital and investors get paid just for showing up not investing skill. The macro moment that makes you look and feel like a genius is the most dangerous of all.

I didn’t have brains enough to understand that using cash advances on credit cards to invest in post-crash real estate outside Austin, Texas and Newport, Rhode Island in the early ’90s and early post-cold war real estate in Latvia from 1997–2002 was a no-brainer due to a macroeconomic and historical moment in time that would not repeat. Using leverage in the biggest economic boom in history made an amateur like me with no real estate experience at all look like a genius.

Ignoring the macro tailwind behind success produced hubris when I tried to repeat the process in Bulgaria. I should have sat on my hands instead of buying a ski resort apartment in Pamporovo, Bulgaria in 2007. The result was similar to Isaac Newton buying into the South Sea bubble a second time: a money pit whose resale value at 70% less than purchase price.

Genius is no obstacle to being dumb money. Being hubristic dumb money is the only thing I have in common with Newton.

The lesson: after a big score sit on your hands so you can’t click on anything, whether it’s real estate, startup or stock investing. The most dangerous moment in trading is right after a long string of winning trades. Sit on your hands.

The most dangerous moment in startup investing is right after a big liquidity event. Sit on your hands and deny your hubristic ego’s urge to act. In investing activity is usually the opposite of accomplishment. Idle cash is an itch that over-optimistic investors feel impelled to scratch. Waiting for that initial itch to pass on its own will save you from being ego-driven dumb money.

Remember this Buffett-ism: we don’t get paid for activity, but for being right. The law of mean reversion says that right after a big score the probability of being right drops precipitously. So don’t do something, just sit there!

The rich and successful love to flatter their egos when they tell themselves they do it all by themselves. Unchain your bulimic ego from the myth of meritocracy. Nobody but Isaac Newton, the bastard son of an illiterate milkmaid, comes out of nowhere. He was once a Millenium exception that proves this rule.

Obama was right when he said, “you didn’t build that all by yourself.” So were Malcolm Gladwell in Outliers and Michael Lewis in his 2012 Princeton commencement speech, when they claimed a roll for random luck in personal success.

Remember Gladwell’s two lawyers, father, and son, obviously of nearly equal ability, the first poor and the first immensely rich. The father, born in 1910, started his career in the depths of the depression. The son, born in 1931, came of age in the booming postwar 1950s and 1960s just as the mergers and acquisitions boom and conglomerate bubble of the swingin’ sixties took off. The son’s M&A practice made him a billionaire in today’s $. Yes, he had talent. But so did his dad. The macro and historical moments explain the income differential between the two.

We have my lawyer grandfather’s invoices to clients from the father’s period: $2.50, $5, and one big one for $7.50. In 1935 $7.50 was 2% of a pre-strike, pre-unionization steelworker’s annual income. When poor clients couldn’t pay he worked pro bono. The only time he ever made a bit of money was during the war when everybody made money working for a single customer who bought everything: Uncle Sam.

You Succeeded by Showing Up. Listen When It’s Time to Go

In Riga, my brother and I got paid for showing up where capital was scarce and the post cold war ’90s and ’00s boom blew a gale force tailwind at our backs. I figured the bubble would burst when in 2006 a local in the locker room at the gym started asking me for advice on where to buy real estate. This was the equivalent of the shoeshine boy on Wall Street giving Bernard Baruch investment tips in 1929. Also, when the price per square meter in Riga’s quiet center was 15% higher than central Tokyo I knew it was time to go.

I showed up in the yachting and tourism industries in the same way. I started an advertising business doing photography and brochures for clients in the yachting industry I’d acquired while working for a multilingual yachting magazine in Milan that also published an upscale tourism magazine. My partner was a British photographer, designer, print production manager and journalist.

The tailwind: we started working at the yachting magazine a month before the Berlin Wall came down and left just as the USSR collapsed. We launched on the threshold of the Clinton boom and internet bubble. It was the heyday of triumphalist capitalism and globalization and the yachting and tourism industries were on fire.

Yacht builders, equipment companies, hotels, tour operators, and tourist boards were all ready to throw lots of money at promotion in a marketing arms race. And they were open to crossing borders to upgrade. As one boatbuilder client, we did four brochures for said, “How could I fail to build a good product in an industry that was on fire?”. Yes, he also worked his butt off. But had he started his company in 2007–09 instead of 1994, he would have failed.

If You Don’t Scale, It Takes 20 Years to Fail

We grew, but, fortunately, did not scale up with more than one or two employees. After ten years we’d worked with clients in 21 countries on four continents and done photoshoots, brochures, posters, and postcards for hotels owned by the prime ministers of Qatar and Bahrain and for tourist boards in Kenya, Turks & Caicos, Barbados, and Anguilla. We did many in multiple languages and delivered to clients in tourism shows all over Europe with many drop-dead tight deadlines.

We, of course, correlated such success with working our butts off. For the Barbados Tourist Board, I drove 4000 brochures from Milan to Utrecht in the Netherlands on New Year’s to a tourism show opening on January 2. We had lots of thank you letters from clients, which served to acquire more clients. I liked this spiritual pay as much as the other kind, which may explain why I didn’t get rich in this business….and remained blissfully ignorant of macro tailwinds about to turn into headwinds.

Macro headwinds started with the post-dot-com recession and 9/11 in 2001–02 and then the Iraq War in 2003. The Berlin tourism show was half empty in March 2003. Then came recovery until the crash of 2008. That’s when galloping digitization hit our business model. By 2010 it was clearly time to go when one boatbuilder told me he got most of his inquiries from Facebook.

Hurricane Sandy flooding the 2012 Fort Lauderdale boat show and marooning me in Florida for an extra two days was the last act. We owned lots of photos and files that some clients continued to need for occasional reprints until 2017. We couldn’t go bankrupt because we’d never scaled up with employees or opened offices in clients’ countries.

We could have gotten many more boatbuilder clients by buying a cheap condo in North Miami Beach in the early ’90s when it didn’t cost much more than a large car. But we preferred my Manhattan apartment, not Miami, as a US office. No leveraged expansion in the boom times brought slow motion (and stubborn) failure once the boom was over.

While you’re fighting in survival mode it’s impossible to imagine a 90 or 180-degree pivot into a line of work that channels the same talents. Tunnel vision stubbornness certainly kept me from doing so.

It was an offer to teach in Riga Business School that I wasn’t looking for that finally euthanized the old business and ended my argument with reality. Then came EU Erasmus program exchanges at universities in Germany, Poland, and Romania, prototyping a startup simulation game (https://coldwild.com/startup_pilot) and the first investments in early-stage startups, at first alone and then with my brother and a veteran angel investor and securities lawyer I found through one startup’s pitch deck.

One big winner has paid for all the losers…and then some. Imagining this outcome from prior business failure ten years ago was, of course, utterly inconceivable. One door closing means another opens is a cliche. That doesn’t make it false.

I\'m a NYer living in Latvia since 2005, after living in Italy from 1989-2005, Spain and Catalonia in 1976, 1980-81 and 1986-87, southern France the summers of 1985 & 1986 and Portugal in the Carnation Revolution summer of 1974. Conversational Russian and Latvian are my 6th and 7th languages. I did channel check research for one hedge fund and a Wall St research firm from 2009-12 and taught Behavioral Investing, Entrepreneurship and History at Riga Business School from 2012-16. Title of my investments course: The History of Human Financial Stupidity--Including Mine. From 1998-2007 I invested in real estate in Latvia and Estonia. Since 2015 I\'ve invested 7 early stage startups, none of which have yet failed, but some of which inevitably will. Best trade: shorting 20m JPY with spot and options trades on FXY in early 2013 Worst trade: long yield-trap MLPs in 2015 My wrestling match with The Great Humiliator: ongoing.
« Supply Chain Planning and Clinical Trials Adaptive Design
3 Things That Make a Great Career »