Huobi – Transition from a Crypto Exchange to a Blockchain ecosystem 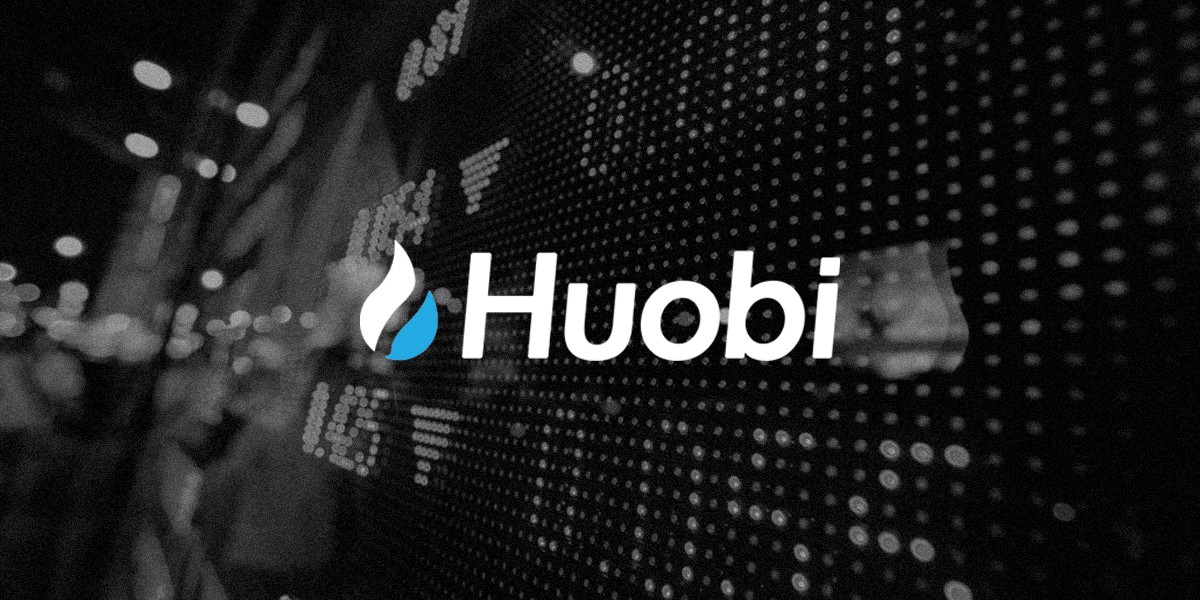 Huobi continues to march forward as a Crypto Powerhouse with the most recent launch of Cryptocurrency derivatives platform. More on that later but Huobi as of now stands as the third biggest Crypto exchange as per the most recent rankings from the Blockchain Transparency Institute. Even in this Crypto liquidity crunch the exchange is doing pretty well with over 100,000 active users & daily volume of $500 million. Keep in mind these numbers were much higher before the recent slump in the Crypto markets. 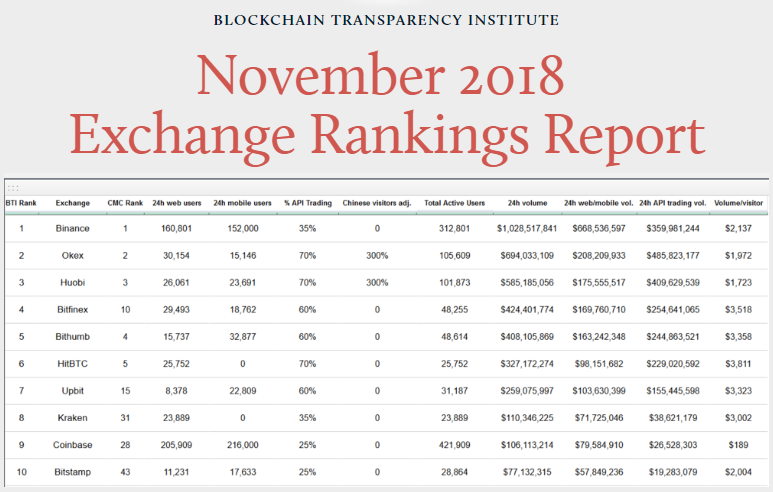 Before moving forward to the expanding ecosystem of Huobi, let’s briefly look at the history of the Exchange. Huobi was founded in 2013 in China by Leon Li who was working as a Computer Engineer for Oracle at the time. It became one the biggest players in the Crypto space occupying a major chunk of the Chinese Crypto trading market till China decided to ban all the Cryptocurrency exchanges. Huobi packed its bags & made Singapore its new home base. This also marked the beginning of its ambitious expansion plans for the company with office openings in Japan, U.S, Canada, Korea, Hong Kong with its services availability in more than 130 countries of the World. This has been accomplished via its subsidiary Huobi Global which has fostered domestic partnerships in these & many other countries to establish a foothold. The most recent move was the establishment of another of its subsidiaries Huobi Mena in Dubai which will act as the regional headquarter for the Middle Eastern & African markets. Huobi still operates in China but under the ambit of a blockchain advisory business with its financiers ZhenFund and Sequoia Capital. Let’s review some of the ambitious & promising projects that Huobi has undertaken apart from the investment in 60 upstream and downstream enterprises since its inception.

The Huobi Mining Pool was primarily established to meet the needs of the large community of miners by integrating the trading platform with the mining pool. The miners can use this facility to deposit, withdraw or trade various digital assets on either of the two platforms – Huobi Exchange or Huobi OTC. The pool was created on March 30, 2018 after which it has been going strength to strength currently standing at No. 8 with 3.1% of the total pool. The recent jump came after the issuance of the Huobi Pool Token (HPT) – the first sub token created for the native Huobi Token (HT) of the Huobi ecosystem. With the new HPT in circulation, more than 50% increase in hashing power was seen. A total of 10 billion HPT have been issued to the current HT holders. Users can also earn additional HPT when mining for BTC & BCH on the mining pool. Huobi intends to include their users in the future development & value growth of the mining pool. 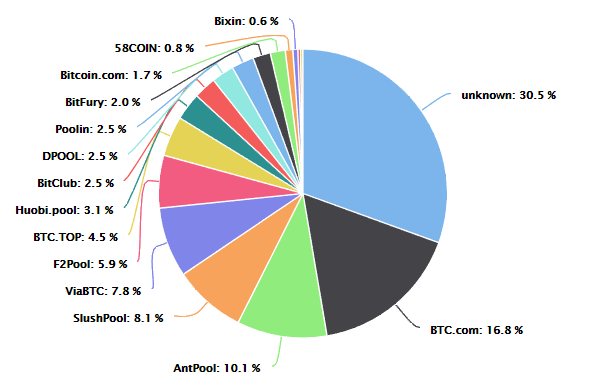 The one thing that I like to appreciate about the established blockchain businesses, especially the Crypto exchanges, is their active involvement in promoting the upcoming projects which have promise & potential through the funding of their incubator programs. Coinbase & Binance have established their research wings for this purpose & Huobi is not different either. Huobi Labs was created in May 2018 with an initial allocation of $1 billion in collaboration with a Chinese social media platform Tianya to assist newcomers to the field. The duo also has an ambitious plan to eventually establish a Blockchain Research Institute in collaboration with Global industry leaders & top educational institutes. The Labs provide a wide range of services including:

The World’s third largest Cryptocurrency exchange, Huobi, also launched a new stable coin HUSD, which it calls as a comprehensive and integrated solution for all stable coins. HUSD aims to solve the complexity of choosing between the available stable coins & minimizing the conversion costs between them. In all practicality, HUSD is establishing an ecosystem of stable coins where it will be the common medium of exchange or you can also call it the Stable coin of Stable coins! Currently, HUSD system offers support for four of its predecessors — PAX, TUSD, USDC, GUSD with the intention of adding more stable coins to its system once the standards are set in place and initial transactions go smoothly. In addition, Huobi claims these advantages of using the HUSD system:

To help make Cryptocurrency trading easier for the investors Huobi decided to launch its own digital asset based ETF consisting of the 10 most highest volume coins traded against USDT. The sample for the index is the entire ecosystem of the Huobi Pro platform. The index is calculated using the Pasche weighted composite price index. The average daily of volume of the previous quarter is taken as the core metric of the sample selection. The component coins of the Index at the time of the writing were BTC, EOS, ETH, XRP, BCH, HT (native Huobi token), LTC, ETC, ONT, IOST. The percentage of individual components changes in real-time & can be tracked on the Index page. Coinbase has a similar ETF but with a minimum investment requirement of $10,000 with an annual management fees of 2% and consisting of only seven tokens that are listed on the platform, whereas HB10 has no minimum investment requirement & the fee is 0.2% – the same as you would pay on the exchange for buying/selling any tokens.

Huobi Autonomous Digital Asset Exchange is the first exchange which supports autonomous token listing mechanism. It is not exactly a decentralized exchange but the way it lists digital tokens based on community voting. It only restricts itself to listing ERC- 20 based tokens only. The voting is conducted by using the native HT tokens & the whole process can take up to 22 days. Following is the breakdown of the process & the features:

Although this is first of its kind operation in the Cryptoverse, you should keep in mind that this is for professional traders & may not be ideal for novices. Also the projects involved are high risk since they are in early stages of development. Nonetheless a great way to get more investment exposure to startups in the arena.

July 2018 saw the launch of Huobi Cloud which allows the users to build their digital asset platforms on top of the Huobi’s current ecosystem. Over 10 companies have joined the initiative with Chi Fu Group, Vnesheconombank (VEB), Dbank Group, YATAI International Holding Group as major partners. The platform would offer diversified services like OTC trading, crypto-crypto trading, platform tokens listing among others. The clients could tap into 5 years of Huobi’s operational experience with high liquidity & option of personalized settings.

The most recent and yet another innovative addition to this growing Huobi ecosystem is the Derivatives Platform. It is in beta testing phase but not available in the following countries – The United States of America, Singapore, Israel, Iraq, Hong Kong (China), Cuba, Iran, North Korea, Sudan, Malaysia, Syria, Samoa Eastern, Puerto Rico, Guam, Bangladesh, Ecuador, and Kyrgyzstan. Although Huobi recognizes the presence of other players in the Crypto derivatives market, it distinguishes itself with the following features:

Apart from all this, Huobit OTC (Over the Counter) has been operational since November, 2017 and is part of the Huobi Pro digital asset trading platform. You can conduct zero fees, fiat-crypto transactions safely & securely with 24/7 customer support. Multi-currency supported Huobi wallet is also part of the package.

The cryptocurrency industry is still in its early stages of expansion marked by the phenomenal growth of companies like Huobi & others who have not only helped mature the industry but provide a complete ecosystem for the upcoming projects to succeed and take this transition to the next level.

Faisal is based in Canada with a background in Finance/Economics & Computers. He has been actively trading FOREX for the past 11 years. Faisal is also an active Stocks trader with a passion for everything Crypto. His enthusiasm & interest in learning new technologies has turned him into an avid Crypto/Blockchain & Fintech enthusiast. Currently working for a Mobile platform called Tradelike as the Senior Technical Analyst. His interest for writing has stayed with him all his life ever since started the first Internet magazine of Pakistan in 1998. He blogs regularly on Financial markets, trading strategies & Cryptocurrencies. Loves to travel.
« 5 Investment Strategies for Gen Y to Achieve Financial Independence
3 Ways to Protect Against Man-In-The-Middle Attacks »