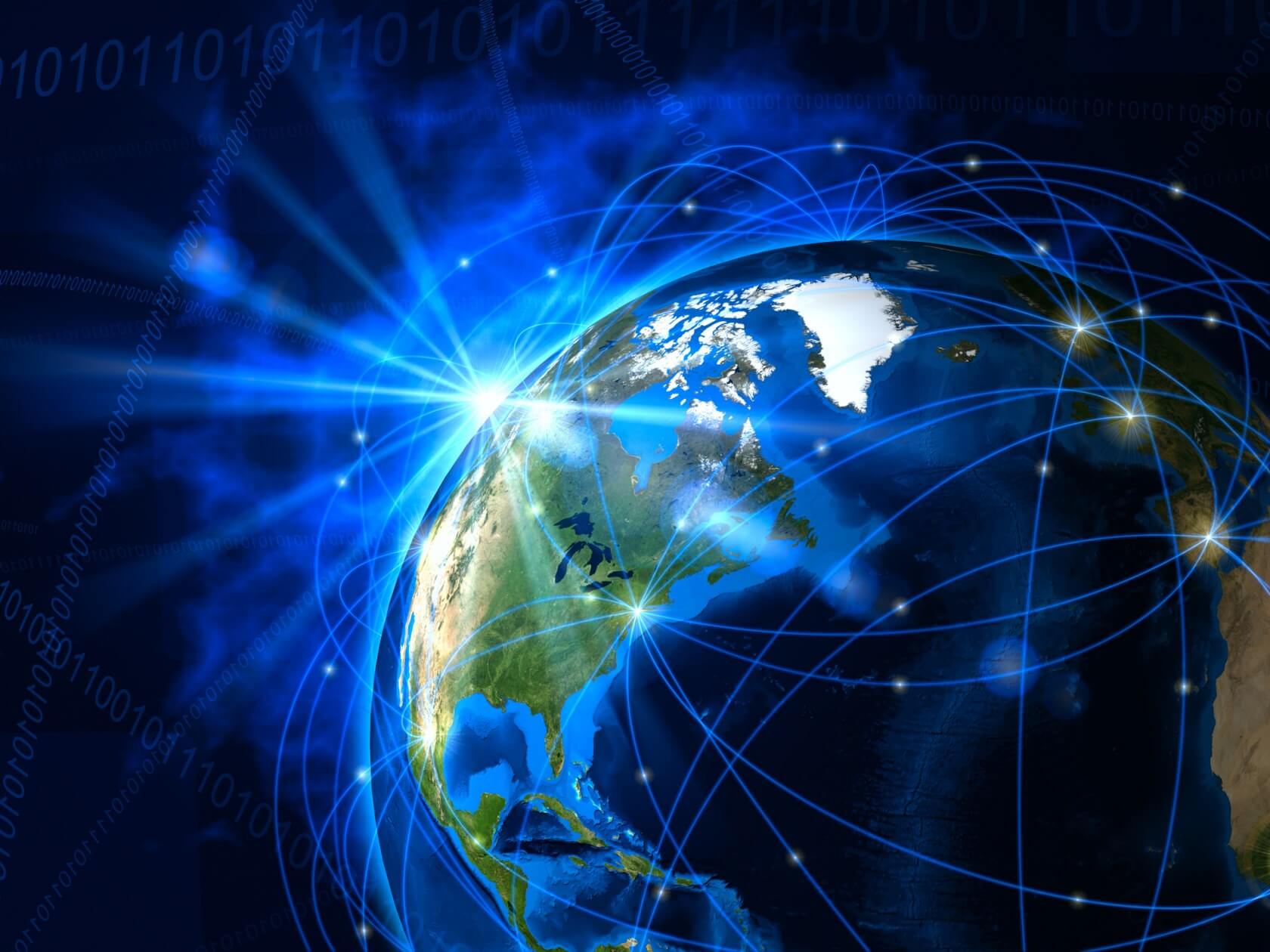 Welcome to the first edition of Tech Diaries – my new blogging series about important issues pertaining to the tech world. For those you who have across my other blogs, I have a similar edition called Crypto Diaries which pertains mainly to Crptocurrencies & Blockchain. So without further delay, let’s dig into the Tech World.

I still remember how excited I was when I got the first edition of the iPhone years ago. Apple brought in a revolution with its smartphone devices. Over the years, Apple has become one of the biggest & most valuable brand names in the World. It is one of the elite members of the tech group dubbed as GAFA (Google, Amazon, Facebook, Apple). Last year, Apple was the first of the big four to hit the $1 trillion mark valuation followed by Amazon & most recently Microsoft. Market correction recently has brought down the valuation of these companies from the highs, but all four of them are still within touching distance of that coveted prize.

Coming back to Apple, the strong growth over the years has been spearheaded by its flagship product – the iPhone. While Korea’s Samsung & Chinese Huawei have squeezed Apple’s smartphone market share, but a loyal customer base has been Apple’s biggest prize. For years iPhone printed money for Apple but with increased competition & squeezing gross margins, Apple’s growth began to stall around 2016. This was about the time when they realized that stagnating innovation & higher priced phones were not going to spur the growth. They needed to diversify into something which can outlast the shine on the brand new iPhone. Services like Apple Music, App Store purchases, iCloud subscriptions, as well as new products such as the Apple Watch, AirPods and the HomePod have given a new lease of life to the dwindling revenue of the company. The most important announcement yet in this tilt towards subscription services came in March when Apple announced the launch of the Apple card.

The latest innovation from Apple is a digital payment system with the conveniences customers desire – No late fees, No wait to qualify, Cash backs of up to 3% & No long strings of numbers! While its tech counterpart Facebook mulls over developing its own digital payment system for its social media empire, Apple has already taken the first step towards the future of money. And the one thing that Apple has an abundance of that Facebook doesn’t is the trust factor of its client base. Apple is basically enhancing the user experience by providing interactive tools & charts in the Daily Cash App to track your balances, cash-backs, payments, expenses etc. This will strengthen its ever-growing ecosystem of Apps, services & hardware even further.

Apple has also promised not to eavesdrop on your spending habits – a believable claim considering there haven’t been any data breach scandals unlike its contemporaries FB & Google which are much more reliant on third party advertisements for their revenue generation, not to forget their data breaches! Endeavors like this are shaping how the future of money looks like & this summer we will find out how Apple Card is received by consumers. There is a small catch though – are you willing to buy a $1000 smartphone to access all this? 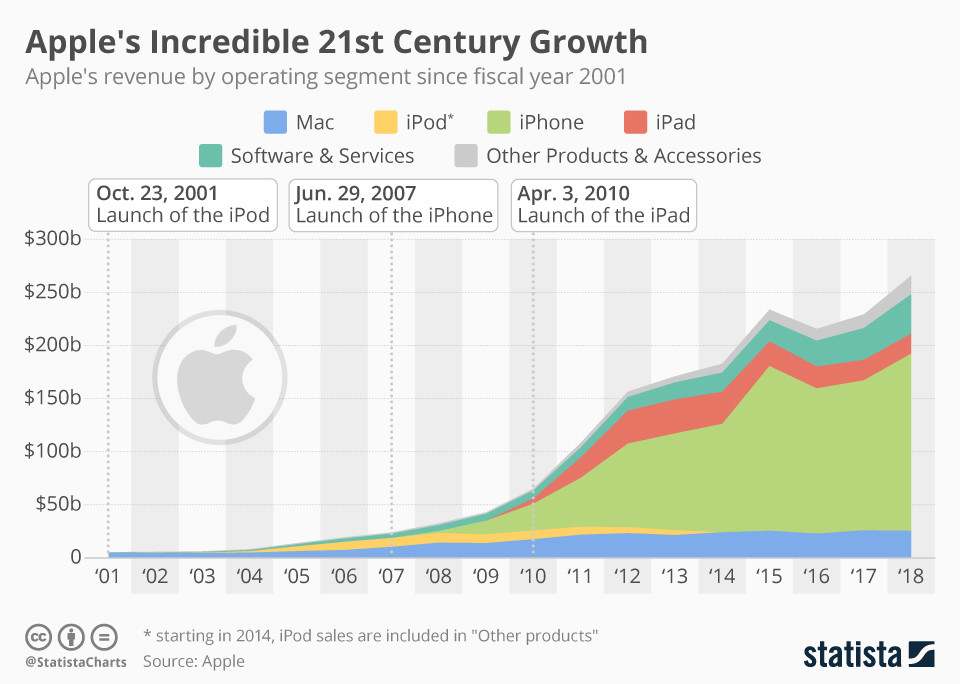 I respect Elon Musk as a true visionary of our times, despite his tweeting rants and his occasional pot smoking podcasts. Companies like Tesla, Solar City, SpaceX, Hyperloop, OpenAI, Neuralink are the brainchild of this genius. His financial troubles especially at Tesla may be a topic for another day. But for now, SpaceX is launching the first batch of 60 satellites today for company’s Starlink project – an endeavor to provide broadband internet service to the global population by beaming it from the satellites positioned in the low-Earth orbit (LEO). These satellites can basically beam the internet to anywhere on the globe. To achieve this kind of global connectivity, a constellation of about 12,000 satellites would be needed eventually. The network of satellites would be communicating with each other via lasers and will deliver 40 times faster internet that current satellite service by employing Ku/Ka-band broadband.

The Falcon 9 will be launching the first batch of satellites later today. Amazon CEO Jeff Bezos’s Blue Origin is planning a similar project called ‘Project Kuiper’ where 3,236 satellites would be used to provide a global broadband internet service, which would be launched via its new New Glenn rocket in 2021. Either way these are significant steps towards bridging the global digital divide. Bravo! The critics, however, argue that kind of massive satellite deployment is going to aggravate the burgeoning space junk problem that we are dealing with in the Earth’s orbit. Scientific American states a worst case scenario can trigger “Kessler syndrome” – triggering a cascade of space debris which would trap humans on Earth. SpaceX defended the action by saying that the satellites will be orbiting in a much lower orbit keeping them out of range of the current space debris in higher orbit & also easier to retire once they have outlived their usefulness – which will happen after 5 years, according to NASA. Let’s look at the bright side… Shall we?

Microsoft has evolved tremendously from being largely a software producer of its Windows operation system which controlled the majority of the computer systems around the World in the ’90s. The gradual shift towards services under the dynamic leadership of its current CEO Satya Nadella has given it a new innovative spirit backed by strong growth. As you can see the company’s rock-solid performance evident from the charts above. The important thing to note is that of the $110.36 billion in revenue in 2018, $27.6 billion or almost a quarter of it came from its Microsoft Azure Cloud service. Talking about its Azure Cloud service – the platform has started to take a liking towards blockchain over the past year with the releases of its blockchain development kit and the Azure Blockchain Workbench.

Two weeks ago, the company released Azure Blockchain Services –  a full managed BaaS (Blockchain as a Service) platform that allows the formation, management & governance of the consortium blockchain networks. The release also supports other advanced tools for its developers including AI, mixed reality, IoT. This came on the heels of Amazon launching its own BaaS platform – Amazon Managed Blockchain (AMB). More recently, the Seattle-based tech giant also announced that it is building a decentralized identity (DID) network on top of the Bitcoin blockchain. The open standards infrastructure, known as the Identity Overlay Network (ION) will give control of data to the users backed by decentralized networks while enabling privacy & security at the same time. The main net for the platform will be launched in the coming months. These moves by tech giants signal a move towards broader blockchain adoption & bodes well for the future of this technology.

Before wrapping up, just a quick recap with what’s happening with Huawei – the Chinese tech giant. With the trade war escalation, U.S has just announced broad-based curbs on the company. The move would effectively stop American companies from using Huawei’s equipment or providing it with any essential supplies. The company which is already facing severe challenges with the roll-out of its 5G networks globally in the face of American opposition could be headed for more trouble.

Faisal is based in Canada with a background in Finance/Economics & Computers. He has been actively trading FOREX for the past 11 years. Faisal is also an active Stocks trader with a passion for everything Crypto. His enthusiasm & interest in learning new technologies has turned him into an avid Crypto/Blockchain & Fintech enthusiast. Currently working for a Mobile platform called Tradelike as the Senior Technical Analyst. His interest for writing has stayed with him all his life ever since started the first Internet magazine of Pakistan in 1998. He blogs regularly on Financial markets, trading strategies & Cryptocurrencies. Loves to travel.
« What’s Ahead for App Development in 2019
What are Security Tokens? – An Overview of STO »