Tech Diaries: How would you feel being interviewed for a Job by a Robot? 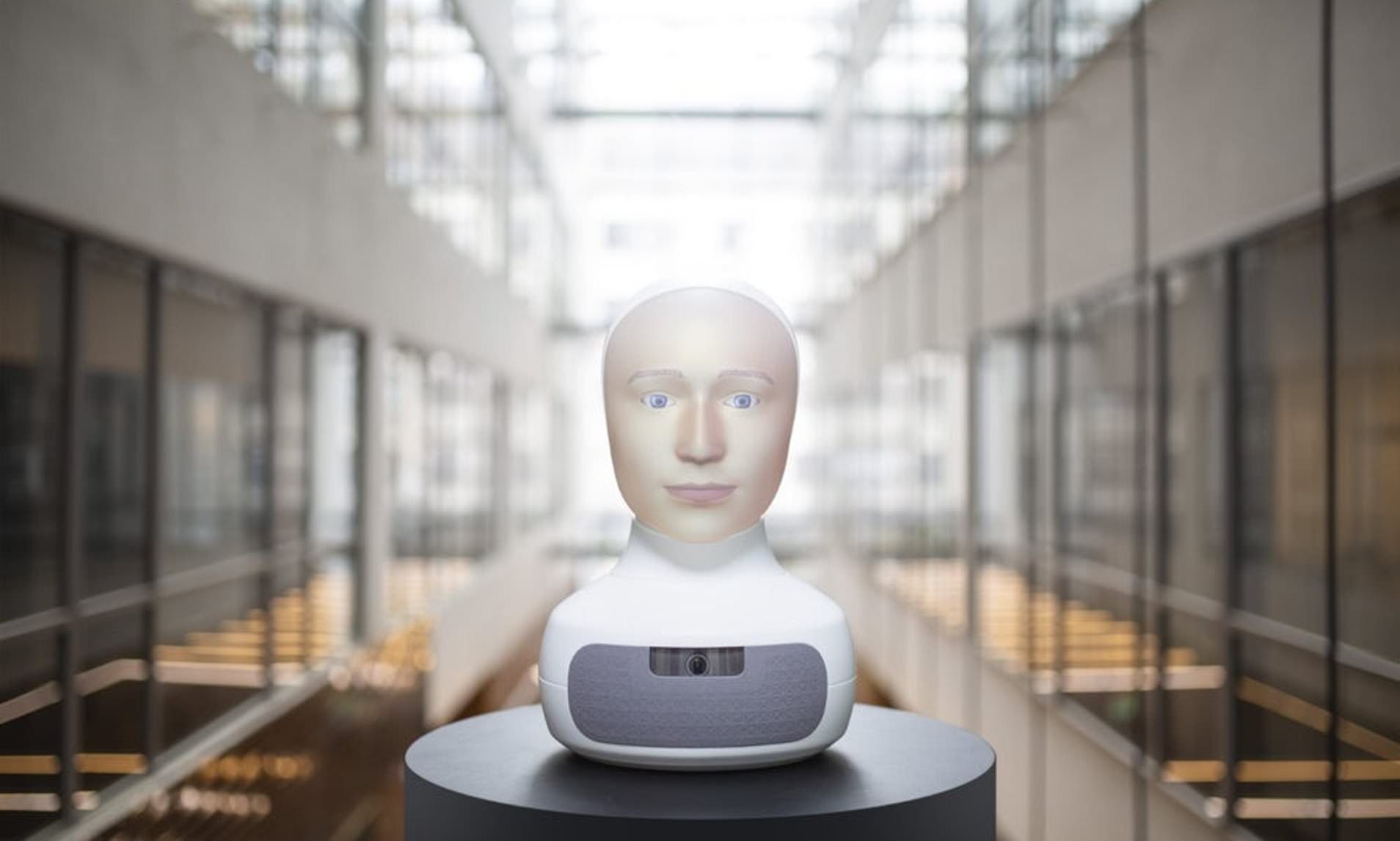 Let’s start off with a little recap of the main theme of the last edition of Tech Diaries – the Deepfakes. The AI generated media created to deceive people has become a worrisome issue since it completely blurs the line distinguishing right from wrong. However, the same sophisticated technology that creates this malicious content can be used to counter it as well. Adobe – an advanced image editing software is collaborating with UC Berkley students to develop a technique to detect image manipulations. Originally, Photoshop’s Face Aware Liquify tool was being used to modify the features of a person.

Earlier this month, Microsoft removed its academic database MS Celeb containing 10 million images of 100,000 faces – which was primarily being used by Chinese surveillance companies. The action was prompted on the fear that the project was being used to train AI algorithms for government surveillance & deepfake applications. My question is… Why would you let an academic database be used by surveillance companies in the first place? The Lawmakers in the U.S are now scrambling to criminalize the activity by introducing DEEPFAKES Accountability Act – Defending Each and Every Person from False Appearances by Keeping Exploitation Subject to Accountability Act.

Job Interview by a Robot

Most of us have been a little nervous, intimidated or felt a certain bias while sitting across the table for a job interview. But with the digital transformation taking place, not only are the dynamics of Future of work changing, but how we get hired for work might undergo a fundamental shift as well. One such company that is working towards eliminating human biases from the recruitment process is Furhat Robotics – an Artificial Intelligence & Robotics company which evolved from a research project at Stockholm’s KTH Royal Institute of Technology.

The AI startup has been working for 4 years on building a virtual recruiter called Tengai – a human-like computer interface which not only mimics the way humans speak but also replicates subtle human facial expressions. Since 2018, the startup has been working on a pilot with one of Sweden’s largest recruitment firms TNG. Unlike human recruiters which might develop biases based on age, gender or ethnicity – Tengai will ask every question in the same order & the same way, eventually providing the human recruiter with a transcript of candidate’s answers for them to make a decision whether to move forward with that person or not.

Long term goal of this project is to enable Tengai to make its own unbiased recruitment decisions without human intervention. An English language version of the Robot is already in development, expected to be launched in early 2020. With more than 73% of the Swedes thinking they are discriminated against in the job application process, according to a recent TNG survey, the transparent screening process offered by Tengai seems to be a catch. Come to think of it… I wouldn’t mind a little bot touch… Would you? 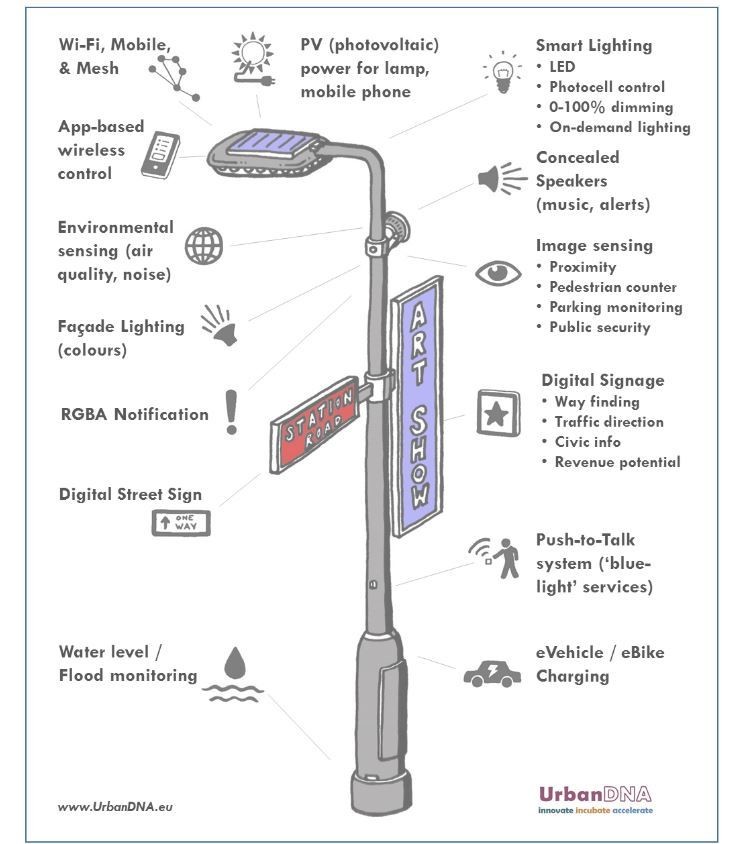 Who would have known that Smart city initiatives can be bolstered by such a simple thing as a Lamppost. The European Union’s Humble Lamppost Project intends to upgrade 10 million of the total 90 million lamp posts in Europe to solar-powered smart devices (pictured above) which can provide a range of smart city services like monitoring vehicle and pedestrian traffic flows, hosting a public WiFi network, transmitting public information on digital displays, monitoring air quality & streets for flooding, all via network 5G connected sensors. Singapore signed a $5.5 million recently to install these smart lampposts across the state while Australia, Bulgaria, China, France, Germany, India, Italy, Poland, Portugal, UAE, UK and the United States are all in different stages of trialing or installing them.

Off to the depths of Deep space, the search for Alien Life & habitable places continues. And the most recent mission from NASA intends to land its Rotorcraft dubbed Dragonfly designed to navigate the thick atmosphere of possible life-hosting Saturn moon Titan. Dragonfly is expected to take flight 2026, landing on Titan eight years later. It will make two dozen flights over the next 2.5 years, covering a total of about 110 miles (180 km). Reminds me of the recent Netflix Sci-Fi thriller “Titan” where genetically modified humans are sent to the same moon in an effort to save humanity from the depleted resources at Earth… gave me the chills!

With tons of surplus cash and a slowdown in its core hardware business of smartphones, wearables & computers, Apple continues to spread its wings towards the services side. Apple has been quietly working on its own smart car project code-named Titan for the past few years but the secrecy around the endeavor & laying off of 200 workers earlier in the year led some to believe that the extensive Research & development has not gone anywhere, but the revamped efforts from the tech giant – by hiring Tesla Chief Engineer & more recently with the acquisition of one of the most promising self-driving startup Drive.ai seems to indicate otherwise.

The acquired company was founded by a team of by Machine Learning researchers from Stanford University in 2015. The startup which was once valued at $200 million ran into its own troubles before being scooped up by Apple. Dozens of Engineers & the fleet of orange colored test shuttles operating in Texas (U.S) are going to be absorbed by Apple. Watch out Waymo (Google’s self-driving project)… Apple means business!

Shopping on Amazon with Ethereum

It seems like the E-commerce giant is in the news even when it is not. While the biggest shopping site in the World does not accept cryptocurrency payments, two blockchain-focused startups – CLIC Technology and Opporty are working on a browser extension that would enable users to shop on Amazon using the second largest crypto Ethereuem. The browser extension would let the users shop Amazon through Plasma Cash – a payments scaling solution similar to Bitcoin’s Lightning network, dramatically increasing the paltry 20 TPS that the Ethereum blockchain can handle right now. We just got one step closer to a Crypto economy.

And finally a mention of a huge discovery to wrap things up here – a team of French Physicists are claiming that they have figured out a way to convert gaseous hydrogen to a metal. While this claim is not a new one & other scientists have claimed of achieving this distinction before – most of them turned out to be more hype than reality. According to the research, hydrogen transitions to a metallic state when subjected to a pressure of around 425 billion pascals (4.2 million times more than Earth’s atmosphere). Although the proposal has not yet been reviewed or accepted in an academic journal, Physicists not associated with the project regard the study as more credible than previous attempts & a groundbreaking piece of work. Until next time…

Faisal Khan Follow Faisal is based in Canada with a background in Finance/Economics & Computers. He has been actively trading FOREX for the past 11 years. Faisal is also an active Stocks trader with a passion for everything Crypto. His enthusiasm & interest in learning new technologies has turned him into an avid Crypto/Blockchain & Fintech enthusiast. Currently working for a Mobile platform called Tradelike as the Senior Technical Analyst. His interest for writing has stayed with him all his life ever since started the first Internet magazine of Pakistan in 1998. He blogs regularly on Financial markets, trading strategies & Cryptocurrencies. Loves to travel.
« 10 Alternatives to Google Finance Portfolio
Ethereum Updates: Upcoming forks, Daily transactions & Interoperability »

2 Replies to “Tech Diaries: How would you feel being interviewed for…”