Breaking Through the Mist of Ponzi to Find the Dawn of Value, Part 1 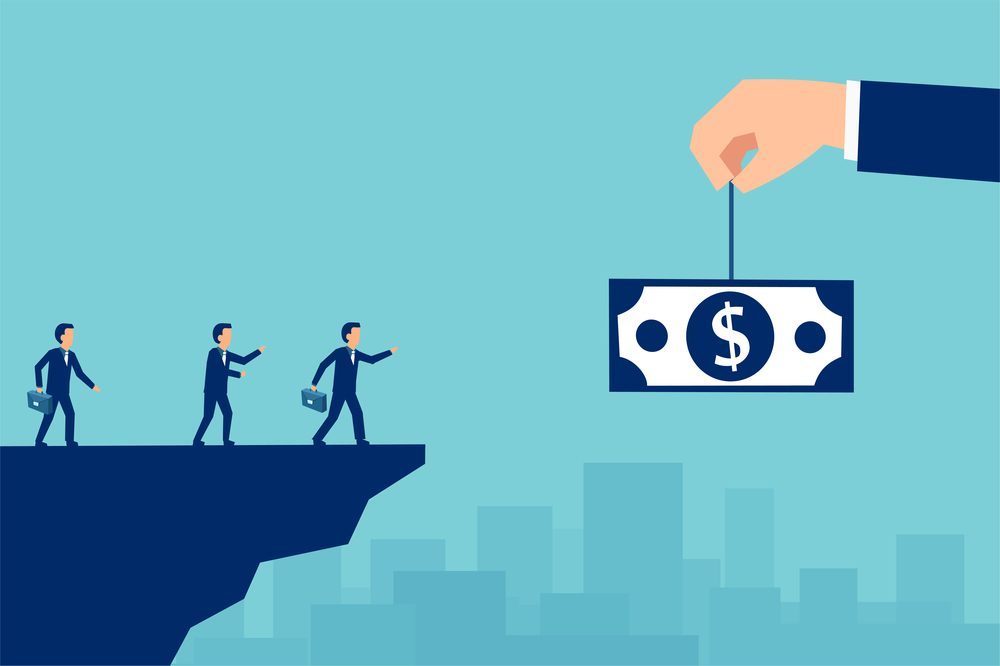 The longest Ponzi scheme in history is Bernie Madoff’s hedge fund of funds, which lasted for more than 20 years. This kind of long-lasting scam generally does a good job in the following two areas: 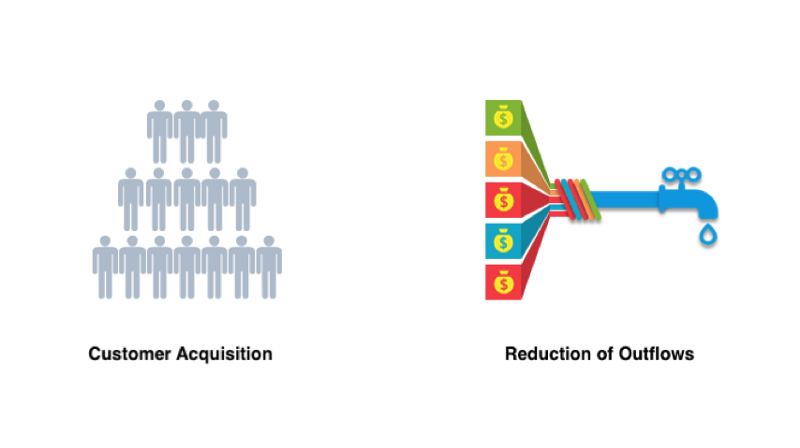 Briefly speaking, they can be summarized as broadening the sources of income and reducing outflows.

In fact, the above two features are not exclusive to Ponzi schemes, but to companies, or even economies as well. From the standpoint of the economy, the purpose of the Ponzi scheme is the same as that of the traditional company — to survive as long as possible.

Ponzi, however, adopts a means of quenching thirst with poison.

Broadening the Sources of Income: Customer Acquisition through Traditional Marketing vs. MLM 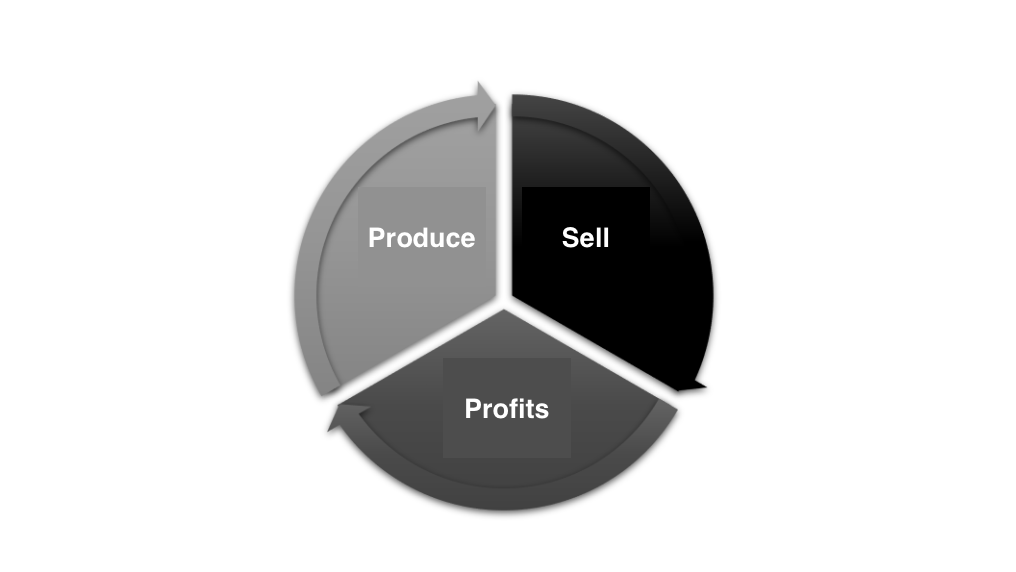 Generally, an economy makes profits by selling the products it produced, thereby promoting its development.

The development model of the Ponzi scheme, however, is different. It involves no effort from the organization (except for those they made to make up a story for MLM), but promotes the progress of the organization through direct promotion and propagation.

Promotion and propagation is a problem put in front of any product in the sales process, and it’s also a problem that every enterprise must consider in selling its products.

The Value of Promotion and Propagation

Before getting to the point, let’s think about the following question:

For a certain kind of product (physical, Internet or financial), will its value change due to promotion and propagation?

This answer is yes. Promotion will definitely bring value growth. 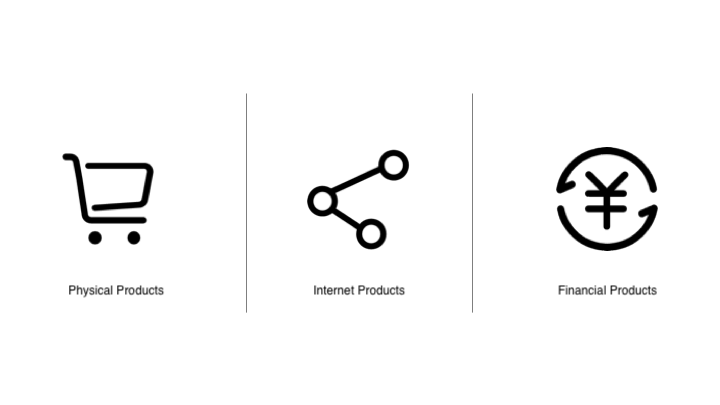 By analyzing the physical, Internet, and financial products, we can come to the following conclusion:

They are relatively constant in value and are less likely to have their value changed due to promotion and dissemination. With the rise of the Internet, however, the value of many physical products is gradually affected by the network effect, which can be best reflected by the standardization of industrial products. The promotion of a product after standardization will bring about more users, which will, in turn, strengthen the standard.

Assuming that the value is largely influenced by customers’ demands, the value of the physical product will increase as the number of users increases.

Changes in the value of Internet products can be explained by Metcalfe’s Law.

The value of Instant Messaging software, video websites and other products that need to be accessed through the Internet increases with the number of users. Each new user is adding value to the product.

When you need a lending service, you tend to choose a lending platform with more users, so that your funding needs get matched more quickly. This is also true when choosing an exchange. People tend to choose an exchange with better liquidity to meet their trading needs quickly. Better liquidity means more people are trading on the platform, thus the value of the platform increases.

As the promotion and propagation of any product will increase the value in some ways, some might say that this is exactly the merit of a Ponzi scheme, or more precisely, the MLM (multi-level-marketing) organization. They can get enough financial support through packaging, bragging, releasing high-interest temptations and other aggressive promotional ways.

Well, if they could increase their value, why they didn’t they last long but instead vanished in the end? That’s because of a key factor resulting in the value wearing down over time as described in our previous article — “ Currency Revolution: Combining Commodities, Securities, and Currency in One: “Super Carrier” Binance Cryptocurrency (BNB), Part 1 & 2”. Notably, users of these products will not join if nothing meets their needs.

The Ponzi scheme expands in an aggressive manner.

The increase of value is far from enough to compensate for the value consumed in the future, thus resulting in the inevitable collapse.

Here we can simply simulate it from these two dimensions. The increase in value brought by the expansion is usually illustrated by the formula of the Metcalfe’s law.

The figure above shows the relationship between value and time at different scales.

In Metcalfe’s law, only the relationship between scale and value is considered.

We can see that on the same scale, the change of value over time is fixed. However, when the scale changes from X to X+1, X+2, the value increases in the vertical dimension, which grows non-linearly with the expansion of scale according to the formula of Metcalfe’s law as V=CX2.

Such consumption is linear, and the rate is proportional to the scale. That is to say, if the number of users is x, then the interest to be paid in the time of ∆t is r1x (r1 is the promised interest rate). Here we did not consider the compound interest and the capital exit. Thus, the value goes down with time.

Putting these all together, you can see that if a Ponzi’s scheme scale is not expanded, its value will be consumed in a rate of loss. The expansion of scale will bring a spike in value, and each time the growth of value will exceed that of the previous one. But at the same time, each expansion of scale will also accelerate the consumption of value, and eventually, stop the growth of value.

Therefore, the Ponzi scheme must increase its value every time it is scaled up to slow down the consumption of value. However, for the two major factors affecting the value — there is always a ceiling to the “scale”, while “time” can last long, such a scheme must end in a collapse.

The Promotional Models in the Blockchain Industry

In the blockchain industry, there are many projects that halt expansion due to the lack of promotion of value.

A good project will also require good marketing and publicity. Projects with good quality are forced to close down eventually because the founding team spends most of the time on development without promoting to get funds and survive. Such cases are common not only in the blockchain industry but also among traditional start-ups. 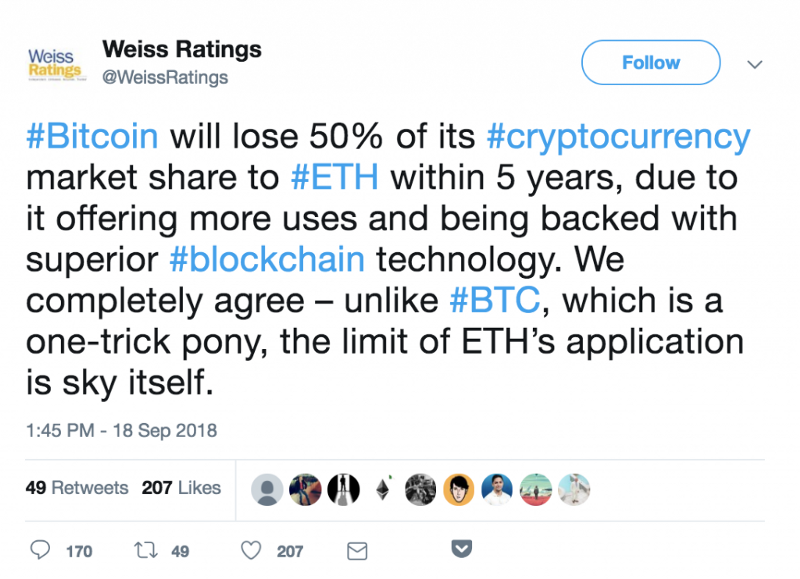 In contrast, many modelized tokens, or other Ponzi-like projects, basically reveal nothing about the development progress or business practice. The only thing they do is brag about how participants can directly earn huge profits from their projects.

Although more commonly, some projects are not Ponzi schemes but have actual business and development. However, since they are so good at talking big, few will care about the actual implementation that falls behind.

As a result, it overdraws the value of the project, even though it attracts a lot of money.

Robin Gu Robin graduated from Fudan University, majoring in Mathematics. Prior to joining X-Order as a Researcher, he has over 10 years of financial modeling experience (both the theoretical and execution aspect) at Big 4 and private equity funds. He joined the blockchain industry in 2017 and is currently focusing on using complexity economics to discover exponential growth opportunities.
« How to Prevent Insider Data Breaches at your Business
Alexa, Tell Me Where You’re Going Next »