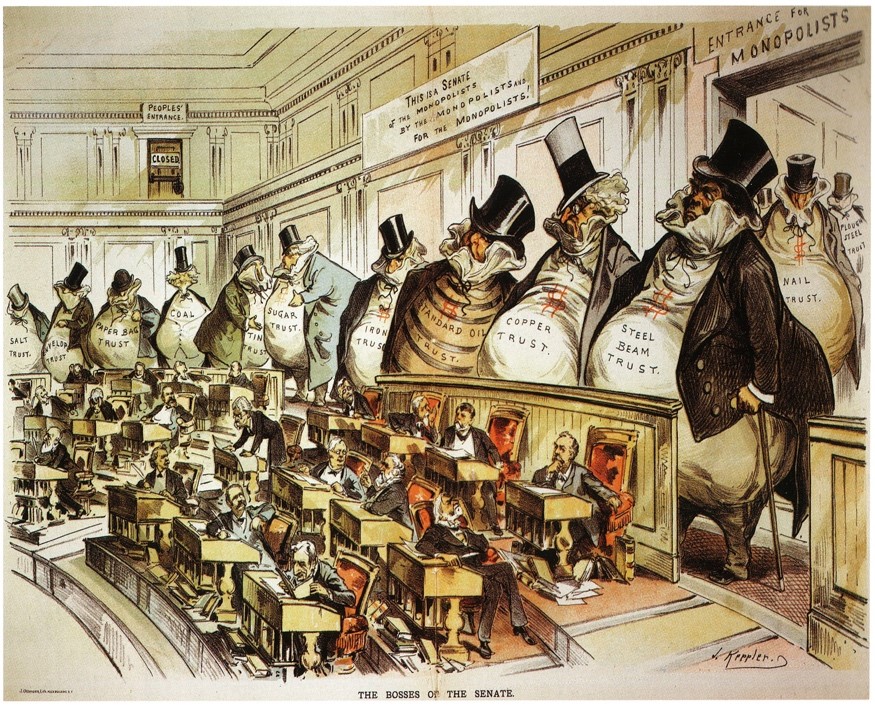 This article will bring you through the evolution of hedging, from natural risks to single-point measurement risks, and regionalization risks. Following, it will also discuss regionalized hedging and the emergence of hedging with gold.

“……(usury), which makes a gain out of money itself, and not from the natural object of it. For money was intended to be used in exchange, but not to increase at interest.” – Aristotle

In the previous article, “An Observation on Crypto Cycles: Are you ready for the periodic inflection point”, we emphasized that when the financial crisis occurs, people tend to hedge their risk by adjusting their asset allocation.

BTC, as a “digital gold“, is regarded by an increasing number of people as a new means of hedging. However, is this true? Maybe we should analyze this question from the nature of risk aversion itself.

Before exploring the concept of risk aversion, we should first make clear the concept of risk: the word risk originated from the ancient Italian word risicare, which means fear or afraid. Going after profits and avoiding losses are human nature, therefore we would want to avoid risks as much as possible.

Before the Birth of Finance: Natural Risks

At that time, risks were mainly due to the uncertainty of various natural events. From a higher perspective, the most basic element of risk comes from the fact that time flows only in a single direction. Hence, the essence of risk is the series of uncertainties brought about by time.

Before the emergence of large-scale organizational industrial cooperation, people depended on hunting or agriculture for their livelihoods. The biggest risk people face then was the uncertainty of the current year’s harvest. When the crops grow well, everything would be fine. However, if people encounter a bad year, how do we then resolve the problem of food and clothing for individuals or family? 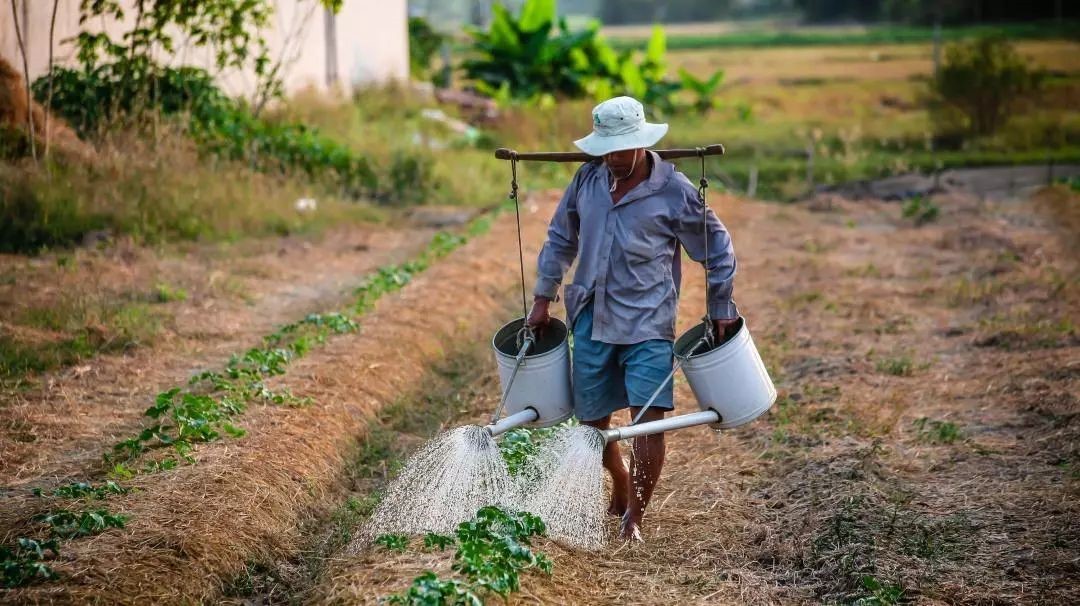 In an organization or group, it was usually by sharing of food to get through difficult times. However, since they have no accurate calculations to base on, people all relied on kinship or trust to continue the system.

Before the birth of finance, people rely on the trust in organizational groups to deal with the uncertain natural risks.

After the Emergence of Finance: Single-point Measurement Risk

Due to the profit-seeking nature of human, and the capitalists’ ardent pursuit of money and capital appreciation; it has resulted in the emergence of interest-bearing capital, which gradually formed the financial system.

The emergence of the financial system redefined risk, and transverse time, thereby allowing the present and future to be bridged so as to deal with uncertainties of the future.

To put it in another way, opportunities arising from the reliance on the group trust system for approximate measurement was discovered by finance. It could even be said that the whole financial system itself is born to solve this natural uncertainty.

In the cryptocurrency industry, people have been discussing about the kind of stable currency mechanism that can succeed.

However, for a stable currency to succeed, it is not a problem that can be solved by a single mechanism, but a system as big as finance, or some sort of  ecosystem.

The current financial system has not fully solved the uncertainty that results from through-the-cycle, hence it may be too optimistic to rely on a single project hoping to achieve a positive outcome.

Looking back at the historical development, we see that with financial systematisation comes interests, contracts, measurement systems, currencies and so on. The diversification of natural risk brought about a by-product – measurement risk.

We can even exaggerate to say that, all risks have since been transformed into measurement risks.

What is measurement risk? It will be clearer if we look at the nature of interest.

From the figure above, we can see that interest is essentially a part of the profit of economic activities. If there is a deviation in the measurement of future profit (i.e. there is not enough profit), the firm will not be able to pay interest.

After the emergence of the financial system, the attributes of risk have changed. Risks caused by the changes in time have transformed into measurement risks, and the choice of hedging tools changes accordingly. At the same time, hedging started to exhibit investment characteristics.

To effectively avoid single point measurement risk, we need to choose the investment carefully to ensure that there is a business operation with a higher actual safety margin.

In the famous Battle of Red Cliff during the Three Kingdoms – all of Cao Cao’s ships were connected by iron ropes, which led to their eventual defeat by the fire attack. To some extent, the financial system has a similar dominoes effect situation.

Therefore, with the development of the financial system, hedging of single-point measurement risk has gradually transformed into dealing with regional systematic risk.

Let’s refer to some financial crises that happened historically:

Rim-sin, Sovereign of the City of Ur, issued an amnesty, declaring that all loans were invalid. This was a disaster for creditors. The ruler’s initiative to destruct the financial system also led to the collapse of the local economy.

Financial crisis was caused by mortgage and default. As a result of the credit crunch and assets devaluation, tribune cut interest rates to 5%. Additionally, debt repayment by immovable property was allowed with lenders being demanded to hold part of their wealth in the form of immovable property. This was a big blow to the members of the Senate because most of them made a living through loaning. Later, the crisis solution was for Treasury to inject liquidity into the market, which gradually attracted lenders to come back.

In 1164, the government tackled the financial crisis by lending to the rich. In 1172, there was yet another serious economic and political crisis, causing the government to be forced to issue bonds. The difference is that the former bonds were issued to specific investors while the latter were forcefully issued to retail investors. This is the first time in history that the government issued obligatory bonds.

In these regional financial crises, we can see that the source of many risks have changed from the single-point measurement failure risk in the early developmental stage of the financial system, to the systematic risk caused by fiscal or political problems. What we are focusing on is just the aspect that is exhibited by the economic and financial system.

For investors who want to avoid risks, but constrained by the number of tools available to them, they can only hedge such systematic risks by reducing investment, hoarding cash or purchase commodities with real values (i.e. salt and other food).

As a result, the liquidity in the economy will decline for a long time due to the sharp reduction in people’s willingness to exchange.

Since 2000 BC when states with free-markets were developed, precious metals have become the hard currency for the state to exchange various materials directly.

Even after extensive reading, there have not been detailed discussions on why it could attain currency status. However, we can give a reasonable guess.

Inside the state, some food and even labour can be exchanged and measured as equivalents because the state follows the same supply and demand system. On both sides of the exchange, there is no information advantage. Hence, in terms of information and manipulation of equivalents, both parties are on the same level (except for the sovereign).

While in a cross-state exchange, there will be information asymmetry if labour or food is used as currency. Moreover, for the trading counterparty, the equivalent is too easy to be manipulated by others.

Therefore, to ensure fairness and reasonableness in exchange, both sides need a more independent equivalent item, and precious metals satisfies this demand exactly.

In the thousands of years of human history, global economies had been segregated from one another. Globalization had been around only since the past century. From a crisis point of view, this means that most that have been experienced are still regional crises. Even in the globalized modern world, the number of regional crises is still far greater than the number of real global crises.

The characteristic of regional crisis is that the crisis in one economy will not affect another economy. Geographically, it will at most spread to some neighboring economies, but the impact is minimal.

Since the risk is most probably confined to a specific region, then for investors in that region, in addition to hoarding cash; precious metals which are also necessary for trade, naturally becomes another option for hedging. Although, the regional crisis is usually accompanied by the collapse of the domestic economy, currency devaluation and price increase, but the economies of surrounding countries still remain stable. Therefore, precious metals reflect a cross-regional stability attribute.

It is such stability across different economies that made precious metals an important part of the safe haven assets in early times.

The emergence of gold has led to a change in risk attribute. At the beginning, it was difficult to accurately measure due to a lack of proper mathematical tools. However, with hard currency such as gold, people are faced with another problem – valuation based on gold’s absolute or relative market value, which is often referred to as the risk of currency devaluation.

In Part 2, we will bring you through the transition from regionalisation risks to globalisation risks, the weakening of gold as a safe haven, and the beginning of a new phase of global economic crisis. It will wrap up with thoughts on Bitcoin as a hedging asset.

Robin Gu Follow Robin graduated from Fudan University, majoring in Mathematics. Prior to joining X-Order as a Researcher, he has over 10 years of financial modeling experience (both the theoretical and execution aspect) at Big 4 and private equity funds. He joined the blockchain industry in 2017 and is currently focusing on using complexity economics to discover exponential growth opportunities.
« Barefoot Doctors (赤脚医生), and their impact on launching chronological evolution of primary care medicine
We Need To Start Teaching Personal Finance in Education NOW »