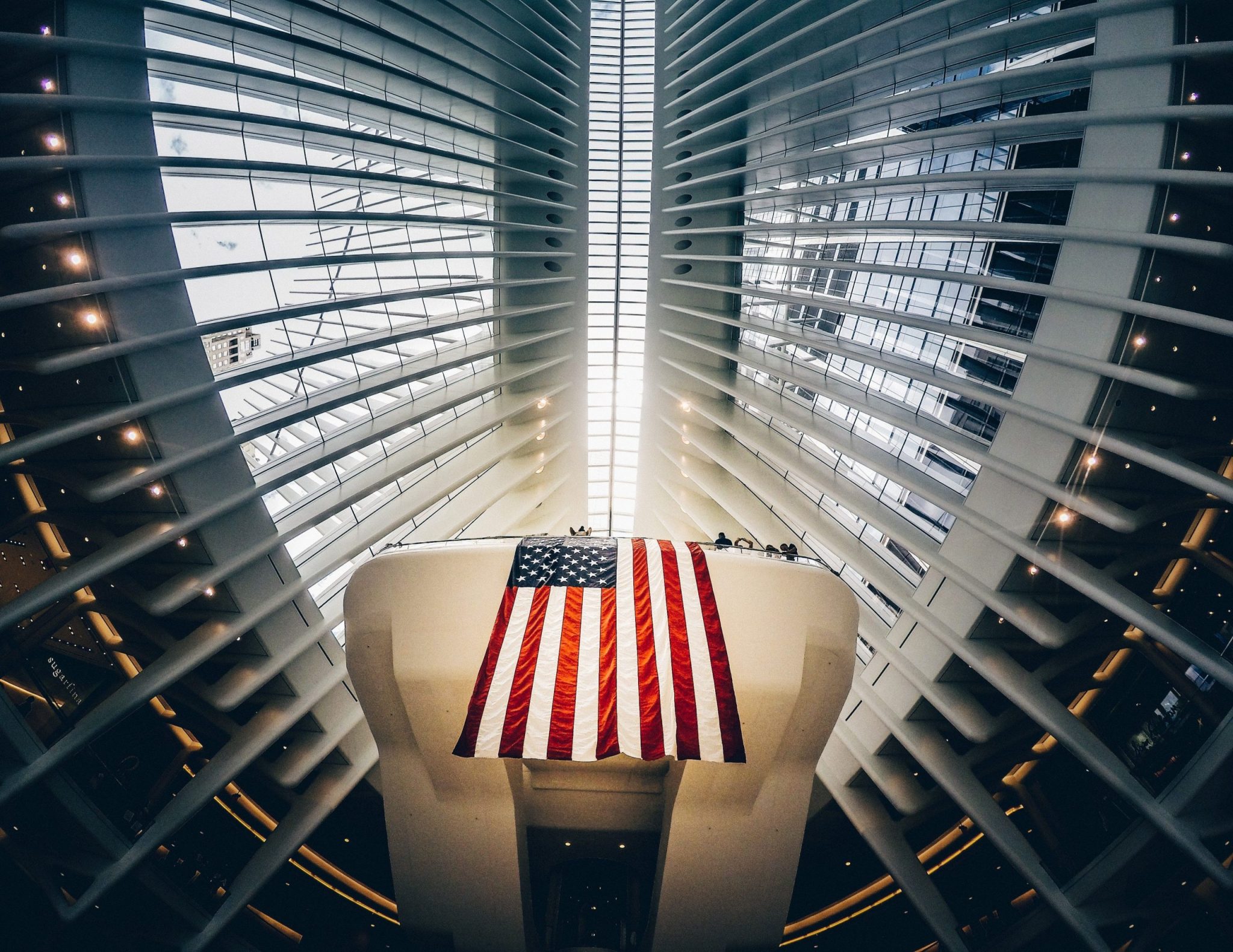 Mr. Trump ruthlessly side-lined the WTO. The US now understands its power over trade, because Trump knows you either use it or lose it.

Sometimes, what you don’t do matters most. On December 10th, 2019, it became clear that the United States was not bluffing. The deadline passed, and the US did not allow appointments to the World Trade Organisation (WTO) appellate, leaving the body hamstrung. It was the culmination of Donald Trump’s signature strategy.

The beginning of the end was November 2016. Donald Trump had not expected to win, but now he’d have to deliver on his campaign pledges. He would have to show what putting “America First” looked like, and why he needed to “Make America Great Again”.

Michelle Obama’s face at Mr. Trump’s inauguration suggested that she thought her husband had put America first, and that the superpower was already great. Was she right?

What if Donald Trump believed that to be powerful, you had to exercise your power? President Obama was seen by most as an intelligent and eloquent leader, but perhaps held back too much. No one will think that of President Trump.

Where would Mr Trump begin? The new president saw that the US had substantial trade deficits:

For Trump, a businessman rather than an economist, a deficit equated to a loss. That meant America was losing. What followed, dismayed economists, but what the President didn’t do demonstrated American trading power.

Spot what President Trump didn’t do

Donald Trump’s first months in office were a frenzy of activity, which hid his strategy in plain sight. With a total lack of self-doubt, he tore up trade deals and imposed tariffs.

In late January 2017, just after his inauguration, President Trump announced that he would renegotiate the North American Free Trade Agreement (NAFTA), and if Mexico and Canada didn’t like it, that was too bad. In January 2020, Donald Trump replaced NAFTA with the US-Mexico-Canada Agreement (USMCA). He commented:

“… we have replaced a disastrous trade deal that rewarded outsourcing with a truly fair and reciprocal trade deal that will keep jobs, wealth and growth right here in America,”

NAFTA was not the end of it. Also in January 2017, Politico reported that President Trump had pulled out of the Trans-Pacific Partnership (TPP). This treaty was a twelve-nation trade deal that President Obama had argued the US had to be part of. During his campaign, Donald Trump had criticised it for giving away American trade power.

In October 2019, the US signed a trade deal with Japan. This restored Japanese market share to American farms, which Australia and New Zealand had won from the US because of the TPP. President Trump more bullish than President Obama had confidently, or perhaps arrogantly, seized the prize of the enormous Japanese market.

NAFTA and the TPP were substantial trade agreements, but there was an elephant in the room.

America’s most significant trade deficit was with China by some way. Why? China was the US’s factory. American companies shipped raw materials to China, which assembled electronics, clothing, and machines, and shipped them back to the US. American companies (such as Apple) designed and sold products, but didn’t build them in America.

Mr. Trump had promised to bring production jobs back to the States. That was part of greatness. What did President Trump do? He had to mitigate the advantages of building products in China or at least make it less one-sided. There was no US/China trade agreement to tear up, so the president applied tariffs:

China lost its appetite for a trade war, and on January 15th, 2020, the New York Times reported that Trump had signed an interim trade deal with China. China committed to open up its markets to US companies and to buy US$200 billion more of US goods and services by 2021. China would also ease its tariffs, but most of America’s tariffs would stay in place.

Only Germany has avoided concessions to the US, because it is part of the European Union. The EU trading block is of comparable size to the United States, and member states have delegated trade agreements to the European Commission.

Whether you think those trade deals were worthwhile or not, what did Trump not do that was so important? He didn’t use the WTO to negotiate any of them. Instead, he went back in time to the General Agreement on Tariffs and Trade (GATT) to find a fig leaf to do it himself. 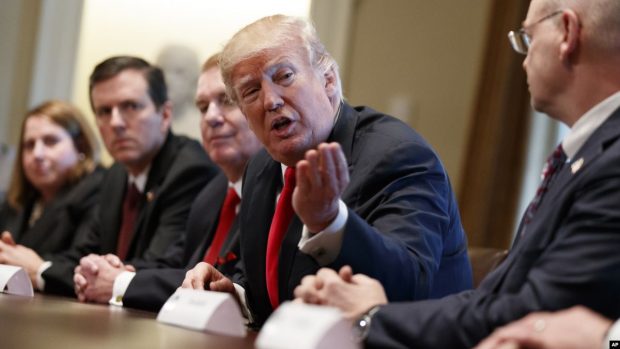 How is he getting away with it?

To understand the legal basis for the US President’s actions, you have to go back in time. There are three salient points.

The first point is that up until the Great Depression, US presidents couldn’t negotiate trade deals.

The US Stock Market crashed in late 1929, and the global economy began to shrink dramatically. Many called out for tariffs to protect US jobs, and despite economists’ protests, President Hoover signed the Smoot-Hawley Tariff Act into law in June 1930.

America’s trading partners responded in kind to the new tariff regime within months. The net effect was to damage international trade. The American economy continued to contract at double-digit rates.

The ITO would have established and policed rules for the interpretation of GATT, but the US Congress did not approve it. Congress felt that an ITO could encroach on domestic economic policy, so undermining US sovereignty. Shades of Trump perhaps.

The ITO did not happen, which raises the question of what happens when there are trade disputes.This is the third salient point. A country can break a GATT agreement if its domestic industries argue that another country is breaking the rules, or if the marketplace changes in an unexpected way. This provides a legal basis for a country, such as the US, to exceed an agreed bound for a tariff if it feels hard done by.

GATT moved forward the cause of global trade liberalisation, but its limitations would become apparent.

The WTO as judge and jury

GATT liberalised international trade, but it became clear that the number of trade deals and disputes was holding back progress. The answer was the WTO, which oversaw trade deals, but as a result reduced national sovereignty.

It was established at the 1994 Uruguay Round of the GATT talks, which also put in place multiple trade deals on:

The WTO simplified trade by introducing the concept of “most favoured nation” status. By default, all WTO countries have to apply tariffs equally to all other member states unless there is a trade agreement in place between one or more nations. The European Union is an example of such an agreement.

The WTO would also oversee the agreements and promises made between member states set in the context of the Uruguay trade agreements. This oversight was missing from GATT, because the United States had not signed up for the ITO. It did join the WTO.

How does WTO oversight work?

The appellate is effectively the final arbitrary of truth and therefore maintains the WTO status quo. President Trump understands this. If nothing changes, the United States’ deficits with its major trading partners will continue.

Donald Trump set out to neutralise the WTO by casting doubt on its effectiveness and stalling its operation, exploiting America’s trading might.

The president’s first obstacle was that the US has actively exercised the DSB. It has made 124 complaints and responded to another 155. It has also been party to a further 155 other complaints. This is more than any other nation. Analysis of these disputes show that the United States, like most nations, win 90% of the time if they are the complainee, and lose 90% of the time if they are the defendant. Governments generally only make complaints they think they can win.

The US president ignored the reality of WTO decision-making and relied on most people’s ignorance of WTO proceedings. As early in his presidency as Oct 2017, President Trump said this about the WTO:

“And I say to my people, you tell them, like as an example, we lose the lawsuits, almost all of the lawsuits in the WTO — within the WTO. Because we have fewer judges than other countries. It’s set up as you can’t win. In other words, the panels are set up so that we don’t have majorities. It was set up for the benefit of taking advantage of the United States.”

The point about judges hints at the second plank of his strategy. Reuters reported in August 2018 that the US would block the appointment of new judges to the appellate and that President Trump continued to criticise the WTO’s impartiality. With too few appellate judges, the WTO could not operate.

“The World Trade Organization is facing a major crisis as its appellate body loses its ability to rule on new dispute cases. The US has been blocking the appointment of new judges to protest the way the WTO does business.”

With the WTO paralysed, Donald Trump exploited, American power and the old GATT rules to get his way.

Most economists have criticised Donald Trump for starting trade wars with China and America’s allies. As late as October 2019, economic experts visited the White House and argued the trade war with China was counter-productive.

“When a country (USA) is losing many billions of dollars on trade with virtually every country it does business with, trade wars are good, and easy to win.”

Perhaps Donald Trump’s scepticism about economic theory has merit. What critics cannot deny is that the size of the American economy means that it can call the shots. Even China had eventually relented in its tariff war, and the US has reneged on trade agreements apparently without sanction.

Critics have not been slow to point out that the trade deals that replaced NAFTA and the TPP are little improved. Business Insider, for example, reported in December 2019 that there was only minor difference between NAFTA and the new USMCA.

Some would go further and challenge Donald Trump’s premise that a deficit is a bad thing. The wealth of nations is no longer measured by how much gold is in national vaults. It’s about the most efficient and productive way to run the largest possible economy.

All that misses the point. The world’s largest economy has made itself the judge and jury of international trade, and Mexico, Canada, Japan, and, most importantly, China have gone along with it. Only Germany, shielded by the EU, has not budged. Even the EU may have to give in if the WTO cannot be repaired or replaced. This cannot be done without America.

Whoever wins the US election in November will inherit a strong hand. Some might say that power is being misused, but no one can deny that America is calling the shots. Has Donald Trump made America great again? He has in the sense that he has proven American trading power. Future presidents will quietly appreciate and exploit that.

William Murphy I've been in the technology industry for 30 years. I began my career writing code to emulate IBM cluster controllers in the twilight of mainframes. In the early 2000s, I designed provisioning software for British Telecom's national MPLS network, before moving into IP network design. In the last ten years my outlook has become more commercial. My academic training started with a. first in Computer Science, and I received my MBA from Durham. I'm a keen runner and play piano.
« Using Google Search Trends to Predict Initial Jobless Claims
Cash is king, more potent than we think »