Microsoft Having An ‘Edge’ Over Chrome 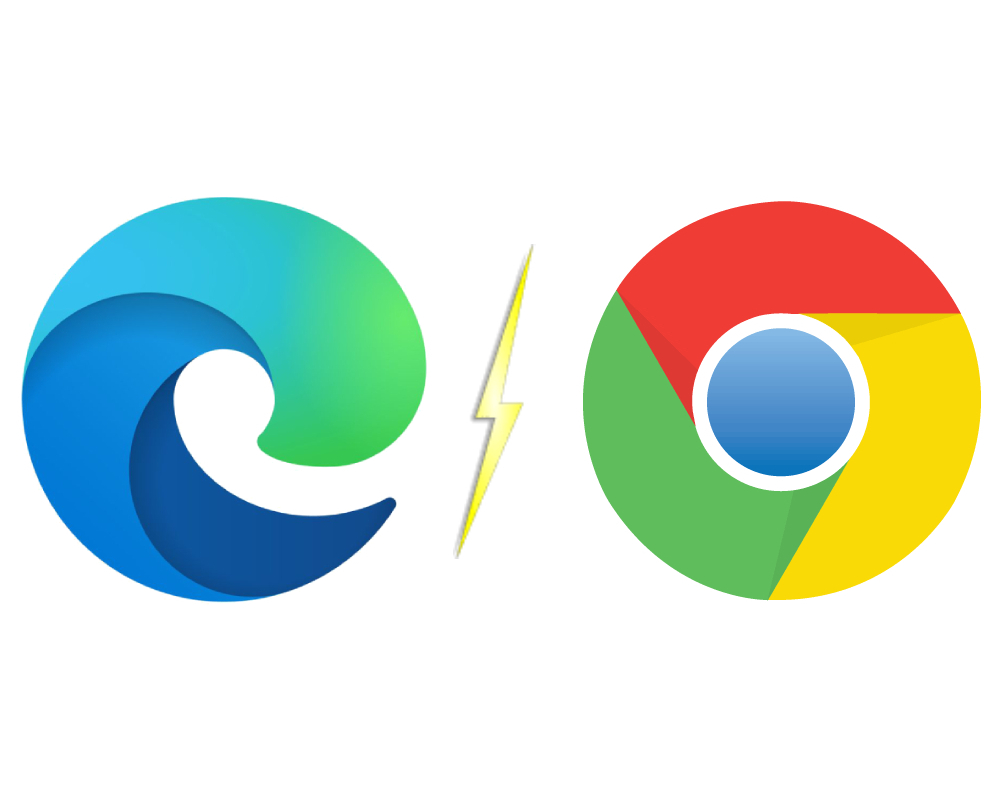 A comeback from the revered underdog

I was never a fan of browsers, well to be exact I was only a fan of one, Chrome. It has been my reliable go-to browser for the last 5 years, no real contender has shown some good reason for me to move away from chrome. Overall it is just a perfect browser for me. I use Chrome for browsing (obviously) and web development, for web development it is the go-to tool to use. There are many debugging tools made for Chrome, my favorites are the Vue.js devtools, Wappalyzer chrome extension, Clear cache chrome extension and many more. Microsoft’s Edge was an answer to its outdated browser Internet Explorer. Edge is been the default browser for Windows 10 and has been Microsoft’s poster boy since it’s release in 2015.

According to a statistic released by StatCounter, the market is still dominated by Chrome in a large margin. Nothing seems to come close to take the crown away from Chrome. Over the years, the market that was previously dominated by Internet Explorer quickly shifted. Internet Explorer lacks in many areas, the user experience is uncomfortable. The user interface isn’t something to boast about either. Worst of all some modern web features aren’t even supported in Internet Explorer, the page loading speed can at times be terrible. This caused irreversible damage to Microsoft’s browser reputation. To illustrate my point further here is a meme on Internet Explorer. Yes, it was THAT BAD. The only thing Internet Explorer was good at was probably downloading Chrome for a fresh installed Windows. Thus, there is this meme. Internet Explorer was such a big disappointment to the internet community, its name will be tarnished forever. Microsoft has tried to make a reboot by making Edge, not many people are catching on.

When I first used Edge, I have to admit that it was a BIG IMPROVEMENT to Internet Explorer. It does not resemble it’s predecessor at all. A brand new look and feel to it, here is a snapshot of Edge. It was colorful, the tabs seem modern, the navigation bar is clean and sleek. It seems like a worthy contender to Chrome (Well, other than Firefox, but honestly I don’t use Firefox).

I started browsing, then when I clicked search I realized I was using Bing. Compared to Google I don’t think Bing stands a chance. I find a more accurate search using Google, so I went to Google Search and started browsing. The experience was inseparable from Chrome I didn’t felt any different using Google on Chrome or on Edge. Then I opened Youtube, nothing was different. I tried clicking on the videos, nothing seemed odd. Until I right clicked, then I saw the first difference. Chrome’s right-click is generic while on Edge there are some animations to it. It felt different at first, but after reading the options I quickly got used to it. The huge difference was when I was loading graphic-intense sites.

I like to edit photos on an open-source photo-editing site called Photopea. On Chrome all the controls worked fine, all the shortcuts were seamless. I assume Photopea was made with Chrome in-mind because the controls and shortcuts were messy on Edge. The problems were not major, but it was enough to push me back to Chrome. Honestly, I never used Edge ever since… UNTIL…

The Revered Underdog is coming

Recently, Microsoft has a new update. When I updated my Windows, the Edge browser suddenly popped up with this image. “Wow, cool!” That’s what I was thinking about when I clicked the download button. When I opened the installer, I was a little excited about what I was going to experience. Seconds later Edge is updated, everything is ready, I clicked the shortcut to run the new Edge. The window opened and I felt a familiar feeling. The new Edge… is Chrome? Wait, let me check. Turns out the new Edge was built on top of the open-source Chromium browser, Chromium is essentially Chrome. If you want to see future Chrome updates you can peek at Chromium. Anyway, if Edge is based on Chromium, that means Edge is using Chromes V8 engine for Javascript. Loading things using Edge starts to feel a lot like Chrome. I have no problems so far with the new Edge, loading speeds are great. As far as rendering goes it is on par with Chrome. No more problems with Photopea.

First of all, let me just say the new Edge logo is lit. I really like it, it doesn’t feel look like a standard Microsoft logo. The design is so sleek and modern. It just looks so damn cool!

Since the new Edge is based on Chromium there is something glorious with its rebirth, Edge now supports Chrome extensions. This is a key feature in the browser war, a huge part of Chrome’s success was it’s extensions. If you go to the Chrome Web Store using the new Edge, click Allow extensions from other stores on the top-most of the screen. Then click the Add extension button to add the Chrome extension to your Edge browser.

Best of all, the new Edge comes with built-in tracking prevention. This feature prevents the personalized ads and can prevent trackers from sites. The settings are customizable too, you can choose how ‘open’ you want to be. Though it doesn’t block ads like the Brave browser, I think it is a noteworthy feature.

Agustinus Theodorus Agustinus currently works as an IT Architecture and Web Services Staff at Bina Nusantara IT Division. Handles crucial API for the company's core data process. His hobbies include reading, writing, and coding (obviously!). His interests include automation, natural language processing, and artificial intelligence. Though he isn't a tech-specific writer, you can read more about Agustinus and his works on his blog.
« Handpicked resources for the best short-term investment options of 2020
America Under Fire — US Gov. Solarium Cybersecurity Report Sounds The General Alarm »