Behold, an intelligent way to coach 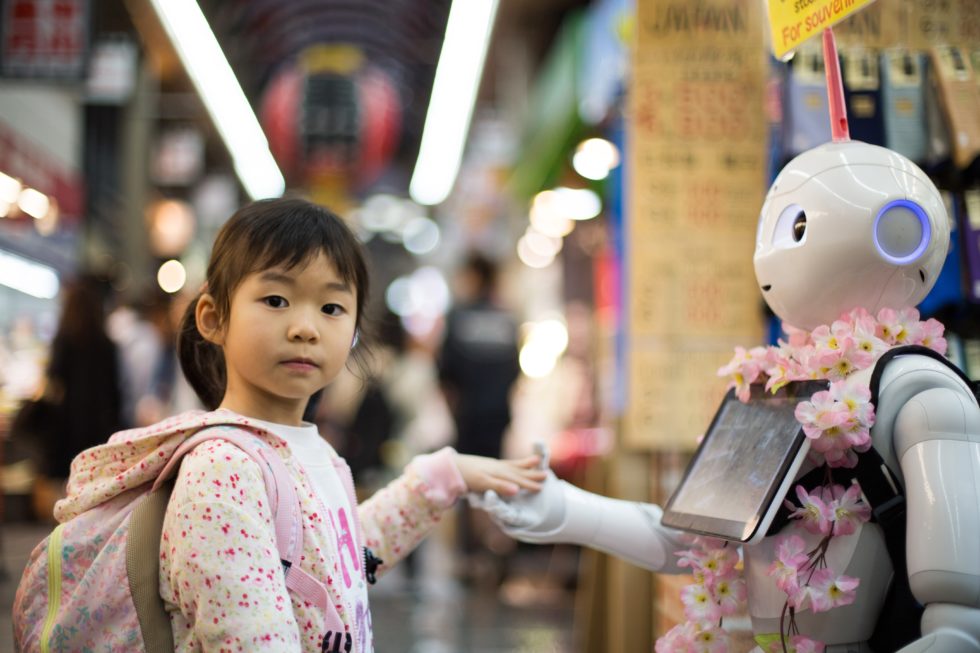 Coaching by our robot overlords? Not quite. Humans remain in charge. For now.

Just don’t tell that to Coach Amanda or her father, Kevin Kruse. Actually, he is one of Amanda’s many parents at LEADx, which Kruse founded and where he is chief executive officer.

Amanda comes across as artificial and intelligent, using “behavioral nudges” to train leaders for action.

“Train your managers with AI-powered Coach Amanda,” Kruse said of the digital leadership tool. This is a prime example of why he is passionate about how innovation can improve work cultures.

“It’s more important than ever before to have a cadence of communication, having authentic leadership and caring about your people,” he said. “Amanda might be a machine, but it has to take a human approach.”

Amanda’s goal is to help managers become better leaders through mentorship. This is Kruse’s response to many organizations that struggle with leadership coaching. One problem is that not all leaders are qualified to coach. Being appointed as a leader does not make that person a coach.

“Using managers and leaders as internal coaches is a tricky proposition,” Kruse said. “It seems like leadership coaching works well for organizations, but at the traditional price point it isn’t given to too many people.”

In a LEADx survey, about 80 percent of front-line managers said they’d like a coach, but 20 percent said, “No thanks.”

“There are not enough human coaches,” Kruse said. “Let’s get some help from our AI friends.”

Biro sees the coaching push coming from the wrong direction.

“I’ve seen organizations where leadership coaching is reserved for executives,” she said. “Nothing wrong with learning from the C Suite, but that’s not where leaders start.

“Access, platforms, knowledge — some companies just don’t have the resources to devote to coaching, so they just don’t do it,” Biro said. “Others have a buddy system or mentors, but never consistent. The system could be biased.”

That brought her back to, “We’re looking for human coaches, and we just don’t have enough of them.”

Artificial intelligence will not transform leaders into robots. In too many cases, that’s already been done. Rather, AI’s learning of human tendencies can help leaders practice coaching skills through interaction.

“The strength of AI is how it asks questions, learns, improves, uses data to become more accurate, asks better questions and keeps building on that,” Biro said. “Certainly, that can apply to leadership coaching.”

She posed a question: “How many leaders do you know who could use some help? Why not an AI-driven coach?

“AI-driven conversations may be able to better track a person’s progress than human ones,” Biro said. “This would be great for accountability.”

Kruse made the case for his preferred solution.

“Clearly, I’m biased,” he said. “While AI isn’t very good at replicating coaching conversations just yet, it can do a pretty good job of replicating the coaching process.”

Kruse cited the parts of leadership coaching that AI does well:

“We’ve found that many people who don’t trust their human coaches will share freely with their AI coach,” Kruse said. “The bot doesn’t judge them or report to HR.

“Human coaches literally work for the same company — out of HR,” he said. “But they say many people lie to their therapists too. What’s up with that?”

Leaders can help organizations develop better leadership coaching, starting with money. Organizations should budget for and seek coaches. These can be people to whom leaders delegate coaching responsibilities, and delegation is a trait of great leaders.

“Believe in smart technology for making smarter leaders,” Biro said. “It’s a weird throwback to think teachers need to be people when we’re relying on so much AI-driven technology in other spheres.”

Size matters, and that has been a drawback for organizations.

“Leaders need to focus on how to ‘scale’ coaching,” Kruse said. “Then the approach can reach more people. Some companies have been able to bring prices down. Group coaching has potential along with AI, of course.”

Jim Katzaman Follow Jim Katzaman is a manager at Largo Financial Services. A writer by trade, he graduated from Lebanon Valley College, Pennsylvania, with a Bachelor of Arts in English. He enlisted in the Air Force and served for 25 years in public affairs – better known in the civilian world as public relations. He also earned an Associate’s Degree in Applied Science in Public Affairs. Since retiring, he has been a consultant and in the federal General Service as a public affairs specialist. He also acquired life and health insurance licenses, which resulted in his present affiliation with Largo Financial Services. In addition to expertise in financial affairs, he gathers the majority of his story content from Twitter chats. This has led him to publish about a wide range of topics such as social media, marketing, sexual harassment, workplace trends, productivity and financial management. Medium has named him a top writer in social media.
« Digital Currency – What does it take to launch a CBDC?
21-st century Corporate medicine and the surge of Neo-Feudalism »