Cannabinoids and The Search For A Cure To Advanced Cancer Pain 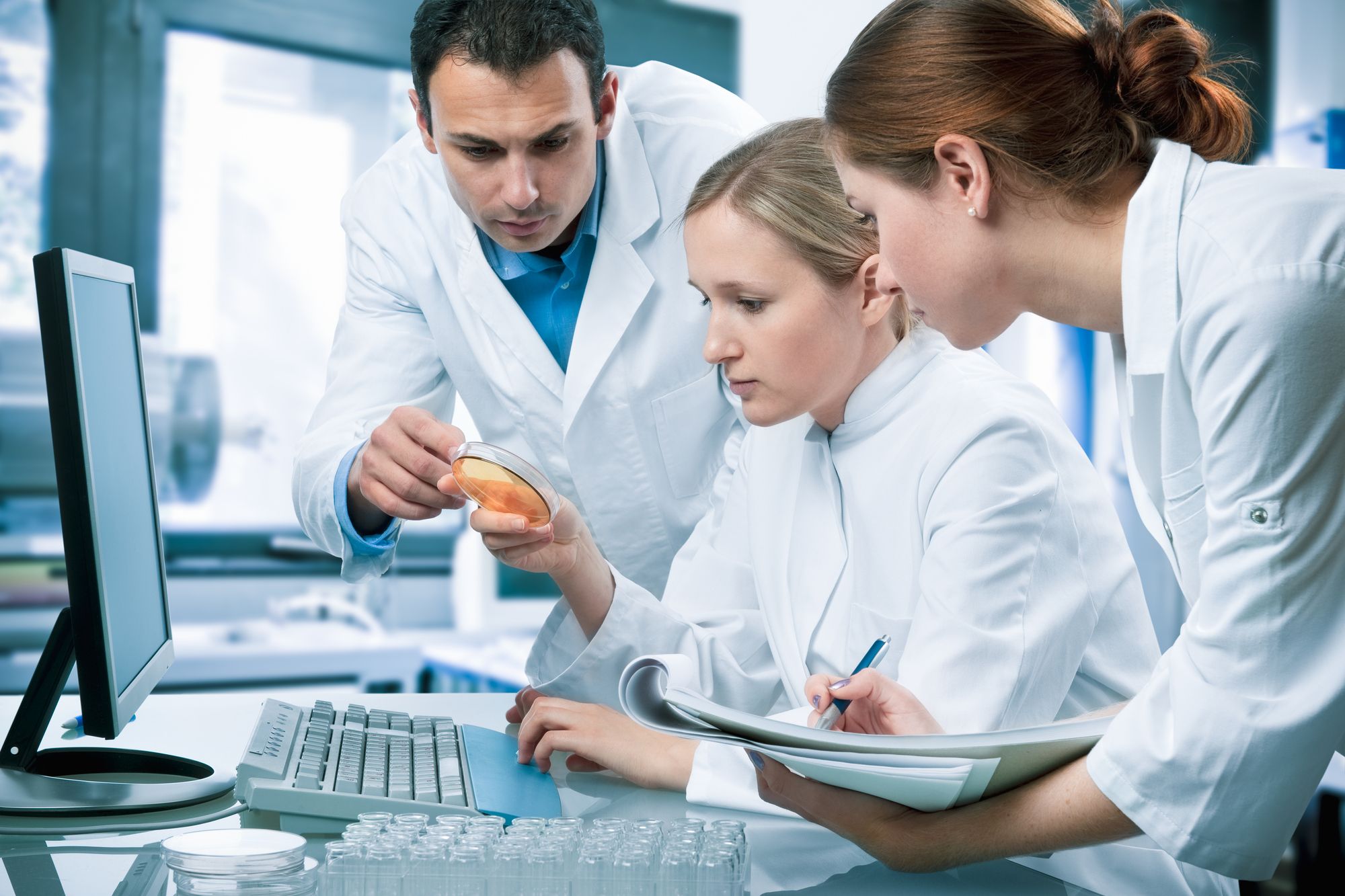 Cancer pain can have a devastating impact on the quality of life of patients. Out of the 6.6 million cancer-related deaths worldwide, over 40-91% of patients report severe pain during the course of their treatment duration. Tragically, there are no pain medications available which can effectively combat the condition without leading to serious side effects. Mild analgesics, such as Ibuprofen or Tylenol, simply won’t cut it in terms of effective pain relief. On the other hand, strong analgesics such as opioids are effective, but can easily lead to addiction. Take the current opioid epidemic for example, which has killed an estimated 10,000-40,000 Americans per year via overdose since 1999. Hence, there exists a vast unmet need to find a midpoint between current therapies, i.e. a treatment which can produce moderate pain relief but does not possess the addictive nature of opioids. Luckily, there is one emerging chemical compound which has shown significant promise in achieving this therapeutic window, cannabis. Specifically, nabiximols (brand name Sativex), which are purified variants of cannabis containing THC and CBD in a 1:1 ratio.

The Story So Far

Sativex, developed by British biotechnology company GW Pharmaceuticals, was once commercialized for the treatment of advanced cancer pain. However, the drug was approved as part of a fast-track program, and as a result, required confirmatory Phase 3 clinical trials to be run to validate the drug’s efficacy and safety once marketed.

In this world-wide investigation, the drug failed to meet its primary endpoint of pain reduction on a numerical rating scale. As a result, the FDA ordered GW Pharmaceuticals to remove its pain indication for cancer patients.

Does this mean THC/CBD is not an effective combination for the indication discussed above? I, for one, do not think so, because there exists a critical oversight in Sativex’s confirmatory trial.

In both the original and confirmatory trials, nabiximols were being investigated as adjunct therapies alongside opioid medications. In the original trial, patients’ mean morphine intake was 258.4mg/day, while patients’ mean morphine take for the confirmatory trial dropped to only 185.8mg/day. Since opioids have a direct analgesic effect, lowering its dosage would intuitively justify why patients did not see significant pain reduction in the new trial vs. old trial as compared to placebo.

Furthermore, patients in the placebo cohort had a greater reliance (367.0 mg/day vs. 258.4 mg/day)  on morphine as compared to patients in the treatment cohort for the original trial. Despite this phenomena, Sativex was still able to demonstrate efficacy. Hence, it is highly likely the effective dose required for opioid analgesia was not met in Sativex’s confirmatory trial, which caused synergistic effects when used with cannabinoids to disappear. This is further supported by the fact that a U.S. subgroup of patients enrolled for Sativex’s confirmatory trial showed efficacy when being administered the drugs. Traditionally, U.S. patients have been prescribed far more opiates than the rest of the world for pain alleviation.

Unfortunately, after the clinical trial failure, GW Pharmaceuticals shelved Sativex for the indication of advanced pain. Although a wave of legalization has swept across the Western World following the footsteps of The Netherlands and Canada, very few, if any, cannabis companies are investing their time and effort into this unmet medical need.

Medlab Clinical is an Australian life science developing a proprietary formulation of 2.5mg THC and 2.5 mg CBD called Nanabis for treating advanced cancer pain in patients. Since the active pharmaceutical ingredient for both Sativex and Nanabis are the same (they differ only be method of delivery), and we know nabiximols has a fair shot of proving efficacy in pain relief trials, all Medlab needs to do is to prove the pharmacokinetic parameters for Nanabis match up to that of Sativex in Phase 1 to support a jump into Phase 3. This will save ample time and resources for both research staff and shareholders. So far, the results have been promising.

Data from a Phase 1, open label study of Nanabis for the treatment of cancer pain over 30 patients saw the drug reach a peak concentration of 1.6 ng/mL in their bloodstream for THC and 1.0ng/mL for CBD, with time to maximum serum level to be 54 minutes. In other words, it takes less than one hour for the analgesic effects of Nanabis to kick in, supporting its hypothesis for providing fast and rapid relief.

In terms of efficacy, the study met its primary endpoint of reduction of 1 point in pain severity on a 10 point reduction scale, and one cohort of patients in the study saw their opioid dependency decrease by almost 40%.

Despite preliminary success, most physicians would agree when the active pharmaceutical ingredients between two drugs are the same, it is absorption and bioavailability which can definitively prove efficacy. So far, there is one clinical trial in progress to investigate how patients are able to absorb Nanabis into their bloodstreams once administered. At this stage, we can only hope the results will match up to what we saw in the Phase 1 trial, and that Nanabis can indeed bring light to the grievances of cancer patients enduring severe pain.

Tetra Bio Pharma is a Canadian cannabis company investigating Caumz and Qixleef (both contain 9.5% Dry Pellet THC, 2.5% CBD, and are administered via inhalation) for the treatment of cancer pain in Phase 2 clinical trials. Unlike Medlab Clinical however, Tetra does have a full set of pharmacokinetics data from its Phase 1 clinical trial. The results are more or less mixed.

Remember, since the active pharmaceutical ingredients between Sativex and Caumz/Qixleef are roughly the same, all Tetra needs to do is to prove the pharmacokinetics of the drug match or best that of Sativex.

At first glance, the drug appears to be fast-acting with time to maximum concentration below 2 hours, and having maximum serum concentration 6 to 20x that of Sativex. Caution here is warranted, because physicians would argue having a high Cmax would significantly increase the probability of patients’ exposure to serious adverse events. Most physicians would point out absorption (or AUC), is the key behind a drug’s efficacy. In this clinical trial, Caumz/Qixleef demonstrated the same level of absorption as Sativex (11.15 ngh/mL vs. 11.34 ngh/mL) in vapor form, but not in its smoked or oil variants. Therefore, by this theory, the drug may be effective at achieving its investigational goals in only one formulation out of the three suggested. Nonetheless, Caumz/Qixleef vapors showed a Cmax of 61.23 ng/mL vs. Sativex’s 4.9 ng/mL and Nanabis’ 1.0 to 1.6 ng/ml, and raises questions about the possibility of treated-related adverse events (such as vomiting, duress, or intensifying pain). In fact, the company had to halt a clinical trial earlier precisely due to issues related to safety in treating cancer pain with Caumz/Qixleef.

Achieving a balance of risk-reward in treating cancer patients’ excruciating pain remains an unaddressed medical need, despite the market size of pain treatments numbering tens of billions each year in the U.S. alone. Interestingly, cannabis may present as an unconventional therapy to this indication. With the arguably premature withdrawal of Sativex, major cannabis companies are turning their attention away to search for other indications cannabis drugs can tackle, such as multiple sclerosis or epilepsy. However, two small-cap biotechnology companies on different continents have remained behind to focus on this original goal. Currently, very few data have been published due to the legal restrictions of cannabis, and those clinical trials which were completed saw mixed to slightly positive results. Nonetheless, it is important to keep one’s hopes up, as even if there is a small chance these investigative drugs can see light at the end of the tunnel, it will mean the world for millions of patients suffering devastating pain from cancer.

For in-depth research and analysis on the most exciting innovations in the biotechnology sector, visit my Patreon page. www.patreon.com/Biotech_Chameleon

Zhiyuan Sun I am a statistician with a knack for analyzing clinical trials and over 80 publications in the financial sector. I work as an independent consultant for biotechnology companies. Biotech investing is my passion and I am always on the lookout for new ideas in this field. My current focus is on covering progress in immunotherapy and cannabis based medications.
« 21-st century Corporate medicine and the surge of Neo-Feudalism
The Rise of European Fintech Startups »