Henryk A. Kowalczyk Follow An engineer by training, an argumentative writer by calling, and an entrepreneur by necessity. In my youth, I was among those Polish political writers who paved the road to the peaceful system transformation that took place in 1989. Since 1985, I have lived in the Chicago area. Working in the service business, I have experienced an America not known to most politicians and political writers. I have built from zero a few successful businesses, both in Poland and in the United States. I write whenever I see that the prevailing voices in the political arena are misleading or erroneous. I write to tell it like it is.

The leader of the deceived 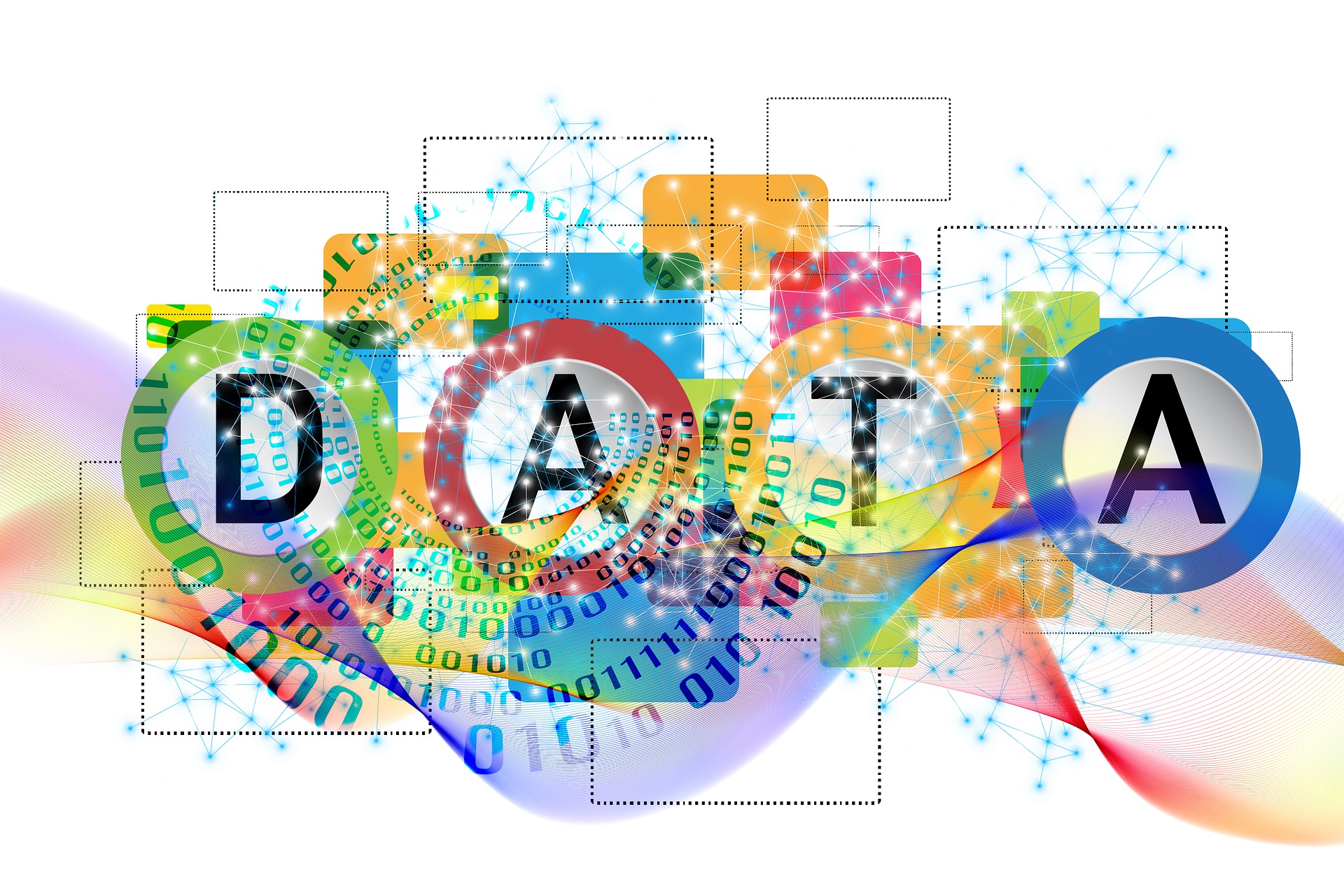 Five years ago, Donald Trump launched his presidential campaign. When it became obvious that he was serious, in August of 2015, I challenged his concept of the immigration policy. I agree with those who assess that his hard anti-immigration standing paved for him the road to White House. Nothing changed since then. If Americans will not know how bad our current immigration policy is, President Trump will likely be reelected. My article, below, is as timely today as it was five years ago. HAK

Dear Mr. Trump, I challenge you to a duel over arguments about immigration. I am throwing the gauntlet at you because none of your competitors in the presidential race ever will. Jeb Bush co-authored a book about our immigration crisis. He acknowledged that the system is dysfunctional, but he did not dare to draw the only logical conclusion from the facts that he presented: that our immigration crisis has been caused not by foreigners but by our nonsensical immigration policy. Marco Rubio was in the group of eight trying a rational approach, but they also lacked the courage to confront the problem head-on and produced a convoluted proposal that Rube Goldberg would be proud of. A few years ago, Scott Walker talked reasonably about our immigration problems. He backed off just before joining the presidential campaign.

There is a consensus among political gurus that no one can become President on any pro-immigration policy proposal. Mitt Romney, an otherwise very keen person, put aside his business acumen in developing his immigration policy concept and followed Washington insider pundits – to his demise. It is my suspicion that at least some GOP presidential contenders know that the solution to our immigration mess is not by building the wall but by scrapping most of our current ridiculous immigration laws. None of them is a leader brave enough to tell the majority of Americans that they are wrong in their views on immigration. I suspect, as well, Mr. Trump, that your knowledge of our immigration problems is very superficial. You are just one more among a majority of Americans completely misinformed and misguided about immigration. By joining the presidential race, you became the leader of the deceived.

I challenge you, Mr. Trump, that if the U.S. were a corporation that you owned before you would spend your own money on building the wall, tripling the number of ICE officers, expanding e-verify and expelling 11 million residents (a risky task) – you would leave no stone unturned in a search for a policy solution that would achieve the same goal without all the expense and hassle. You promptly noticed that as a CEO of the United States, you would be spending my money, not yours. You eagerly accepted a narrow-minded but widely popular nativist concept of the immigration policy. As a stockholder in the corporation called the United States of America, I call you on this choice. I demand a public debate. Let us get cameras rolling, let us have a live audience so that in front of millions of Americans, I can force you to acknowledge that if the presidential candidate Trump would apply to his immigration policy proposal the same due diligence that the businessman Trump uses every day in his business dealings, then his immigration policy proposal would be closer to my Freedom of Migration Act concept than to what you propose now.

Americans are misinformed about immigration, reaching back to the biased study commissioned by Congress in 1907, often known as the Dillingham Commission Report, published in 1911. In this report, Eastern European immigrants were portrayed as a worse kind of people, similarly as you talk now about Latinos. As a result of this report, immigration restrictions started in 1917 and were sealed by the 1924 Immigration Act. This Act practically shut down the influx of cheap labor, which resulted in a rise of the overall costs of doing business, and crumpled mostly the construction industry, usually one of the driving forces of economic growth.  American pundits try not to see this as a contributing factor leading to the Great Depression.

No one wanted to immigrate to the United States during the Great Depression; very few could come during WWII. After that, the nonsense of the Immigration Act of 1924 became obvious, but none of the updates in 1952, 1965, 1986 and 1996 changed the logic of it, which in its essence is putting the government in charge of micromanaging the labor market. The government does it as efficiently as it runs the Post Office, the Veterans Administration, or the public schools. Despite that, every time when Americans noticed that the existing immigration laws do not work, instead of questioning them, the government extended its powers over immigration. In this sense, your proposal, Mr. Trump, of brutal treatment of illegal immigrants is nothing but the frustration of a loser desperately wanting to do with greater determination what has not worked so far. For almost one hundred years, to be precise.

I challenge you to answer why we have 11 million illegal immigrants, not only one million and not as many as 111 million. The border is porous, and practically everyone who wants to come here eventually does. We know that billions would like to come. Why did they not?

I agree with you that we have to be selective in deciding who comes and stays among us. I will ask you who should make this decision. Will the businessman Trump hire good Mexicans or those who are rapists, gang members, and drug dealers? Can the presidential candidate Trump trust the businessman Trump that the foreigners he hires are desired in our country? Who can make a better hiring decision, the businessman Trump, who puts his money on the line, or an anonymous bureaucrat in Washington, instructed by – let us say – President Trump, with both of them knowing very little about your business and the applicant?

I challenge your assessment that limiting immigration is about protecting the jobs of Americans. My personal experience from hiring people supports my conclusion from reading “Coming Apart” by Charles Murray that about 20% of our workforce are people who are unemployable due to a lack of skills and a poor work ethic. We need immigrants because someone needs to work, so those Americans unfit to work can get welfare. Also, we need immigrants, so American businesses can quickly fill the skill gaps. This will give us momentum lifting the well-being of most Americans. You are dead wrong by not recognizing that increased immigration is the simplest and the fastest way to get us out of recession and put the country on the path to prosperity again. Your approach equals advocating for the government to implement policies protecting lazy Americans at the cost of limiting the liberties of the most industrious and entrepreneurial ones. This is pure socialism. It has never worked anywhere it was tried, and so far, it does not work here to the extent it has been implemented.

I agree with you that we should respect and enforce our laws. However, our immigration law is the problem. It is as smart and as easily enforceable as Prohibition was. By the way, it was voted in by the same people and reflects the same illusions of the era that the government has the right and the duty to tell Americans what they should or should not do. It is a clear departure from the basic American value that Americans should have the freedom to pursue happiness; in particular, the freedom to hire whomever they please. It causes similarly illegal behavior by otherwise honest people doing otherwise moral things. In order to have it fully enforced, we would need a Soviet-style totalitarian system. Judging by your proposal, Mr. Trump, this is what you want. Goodbye, the U.S.A.; welcome, the S.U.A. (Soviet Union of America). If we want to keep our American values, we should not focus on enforcing a law that is unenforceable; we should focus on sending our immigration law to the trash of history where it belongs.

I share your concerns about protecting our culture. It is not beneficial if most immigrants come from one ethnic identity. However, the blame falls on Americans themselves because our immigration law practically bans legal immigration, and Latinos have an unfair advantage of crossing the border illegally. If we allow broad immigration from all over the world, Latinos will need to compete for jobs with Ukrainians, Filipinos, Ethiopians, and whoever else. What language will all of them speak if they need to work on one team in New York or in Chicago?

I challenge you to acknowledge that our immigration laws were voted in by Americans, not by illegal immigrants, and only Americans are at fault for all the havoc that they caused. If you want to make America great again, you have to have the courage to tell Americans as it is, that they brought on themselves all of the miseries of illegal immigration by betraying the basic American values, by relinquishing to government their freedoms in exchange for the illusions of the security of having a job. You should remind fellow Americans what Ben Franklin said: “He who sacrifices freedom for security deserves neither.”

Lastly, I want to ask for details of your deportation plan. With 11 million illegal immigrants, statistically, for every 30 people, each of us knows, one is an illegal immigrant. Those are our coworkers, neighbors, friends, and family members. Most of us know personally at least a few illegal immigrants. Do you want to turn all Americans into secret informers, snitching to the overwhelmingly powerful government on their friends and family members? Do you plan to ask for assistance in this task from the retired operatives of Stasi, which was recognized for mastering this kind of operation in the former East Germany? Also, just for the logistics of the deportation process, the government will need to hire thousands of officers chasing, catching, and expelling illegal immigrants. If, let us say, within a short time all illegal immigrants are deported, will you dismiss this new government apparatus of oppression?  With the illegal immigrants gone, and no one else to blame but Americans, against whom will that apparatus of oppression be used?

Henryk A. Kowalczyk Follow An engineer by training, an argumentative writer by calling, and an entrepreneur by necessity. In my youth, I was among those Polish political writers who paved the road to the peaceful system transformation that took place in 1989. Since 1985, I have lived in the Chicago area. Working in the service business, I have experienced an America not known to most politicians and political writers. I have built from zero a few successful businesses, both in Poland and in the United States. I write whenever I see that the prevailing voices in the political arena are misleading or erroneous. I write to tell it like it is.
« Is your startup Covid proof?
Bitcoin Roadmap to 2025 »

Economy Going Down? How Startups Can Thrive In A…