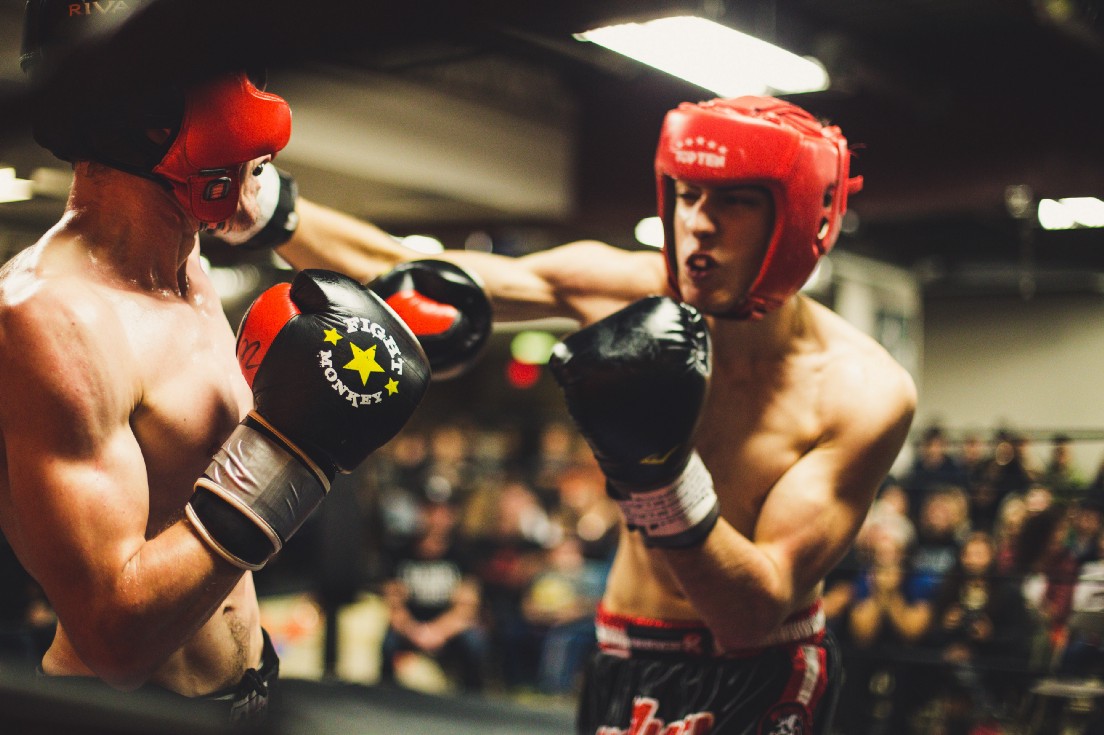 Steve Jobs and Muhammad Ali also had their knockdowns

There’s a saying about anxious people.

Whilst they think that they’re weak because they fall at some of the final hurdles, they’re actually much tougher than everyone else, who fall at the first.

There’s another about a nurse.

She’s worked 16-hour shifts for years and never had an issue until a patient told her “you must be tired”.

She was, she fell down, and she didn’t get back up again.

He is known for saying:

After his factory burned down and destroyed all of his inventions, he was actually grateful for the opportunity to start again.

To me, the point of these stories is that one of the only ways to build grit and resilience is to experience failure, setbacks, and beat downs so that you can learn and adapt, rising to overcome the next challenge.

It is true in combat sports as well as in business careers. Most of my personal growth stems from riding the storms where others decide to step aside in favor of new comfort zone challenges.

Every time you think a decision is a yes or no situation involving two opposing sides, I want you to remember the third factor in any negotiation or decision-making process: the circumstances.

None of us knew a global pandemic was coming to press pause on the world when we considered house moves, new jobs, or similar.

Indeed, many people in the business world are making difficult decisions (still!) about whether to furlough their staff, make them redundant, or begin hiring again.

There are factors outside of our control that we need to consider when making decisions, and that’s why the strong trust their gut instincts and make judgment calls rather than walk away when the going gets tough.

There’s an opportunity in every threat, and taking a leap of faith is sometimes required if you want to be successful.

The Amygdala is the part of the brain that controls habit-formation.

This habit formation is directly related to the triggering of the ‘Fight or flight’ response, which occurs when the body surges with adrenaline in response to a perceived threat.

In modern life, these threats are typically emotional rather than physical, and this feeling can lead to all sorts of nasty anxiety-related issues like panic attacks.

There are a number of ways to overcome the anxiety that arises when the fight or flight response is triggered, some of which I will share with you now:

In business scenarios, people often choose to leave before a difficult time that they know is coming. Paradoxically, this serves to create the catastrophe they seek to avoid: people need to come together and help each other in times of difficulty, rather than listen to the self-preservation of the fight or flight response.

It is only when you are coming out of a trough that you realize you were in one, and this is true for all facets of life, whether it’s work or personal.

To employ another cliche, think of life as a bow and you as an arrow: when it’s dragging you backward, it’s to build your positive forward momentum and you’re about to take off.

This isn’t to say that there aren’t times you should walk away.

You should absolutely have the strength to walk away from impossible or toxic environments, but ultimately when it comes to looking back at your life and the journey we are all on, you’ll want to be proud of your decisions and the resultant achievements you enjoyed.

Much like quitting smoking or losing weight, there is never a better time to start than right now.

We have come far, but there is still some way to go.

If you want to enjoy a quiet, unexamined, good life then that’s fine, but if you want to strive for greatness, you’ll need to take some risks, knowing that every time you get knocked down, you’ll get back up.

CMO at Veepee (biggest online flash sales company in Europe) by day, aspiring writer by night. Paying it forward by bringing expensive lessons learned in marketing, banking and life in general to everyone looking for guidance. Motorcycles, comics, meditation and ping-pong are my duct tape.
« Combatting a Pandemic with AI
How Data Analytics Can Inform Real Estate Finance »