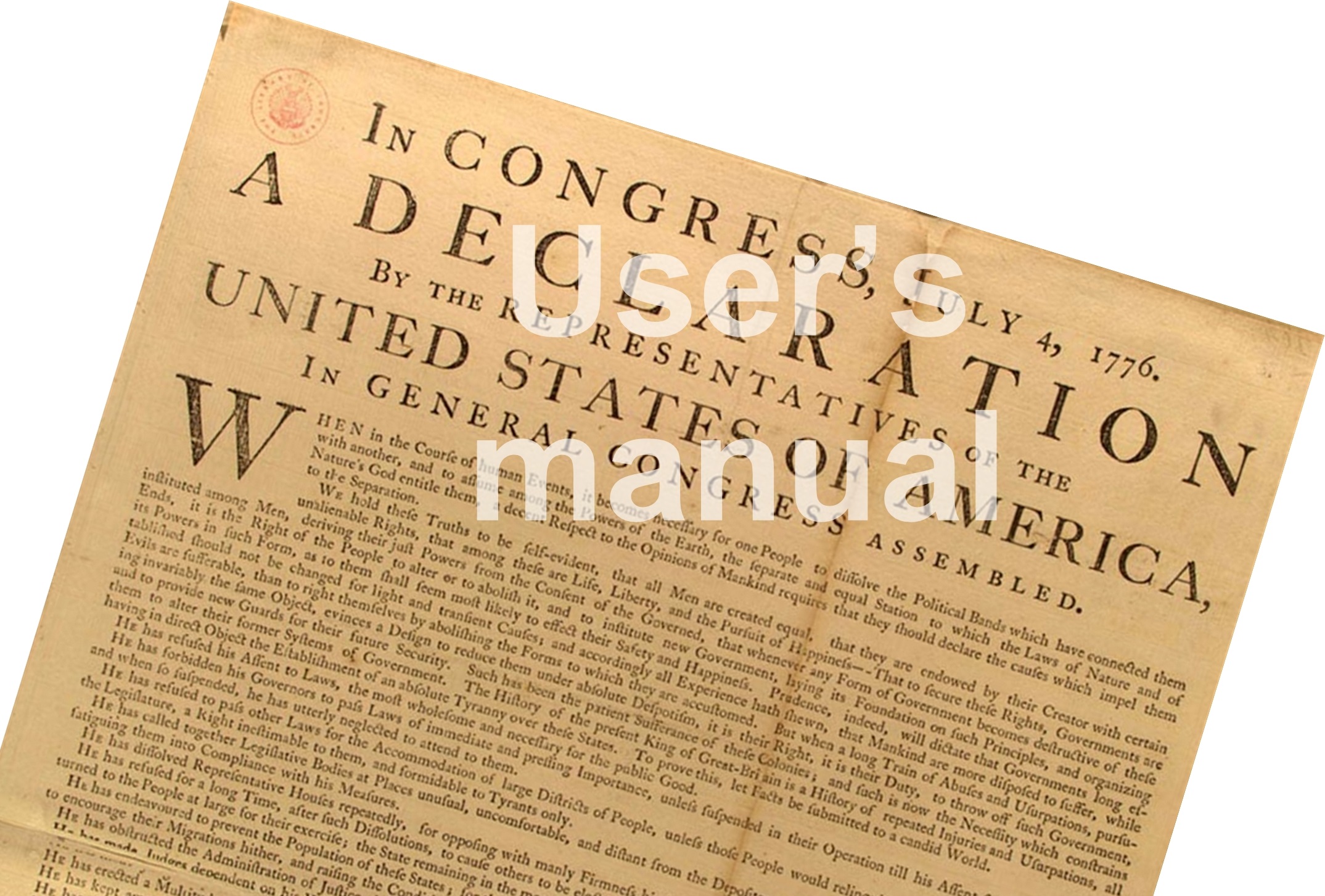 Usually, The Fourth of July is an occasion for barbecuing or escaping the city. With the first round of COVID-19 swinging its tail, we now think twice before partying or going to the beach. With less socializing, we have time for reflection on the current state of politics. Coincidentally, our country needs it.

A part of my professional life is in troubleshooting technical problems. So many times, technicians call me from the field with challenges they cannot resolve. They tell me that, suddenly, electronic devices started behaving erratically. Basic rules of physic, like Ohm’s law, seem to be not working anymore. Before calling me, these technicians had already tried a few magic tricks that did not work. My first suggestion is always the same: read the manual. Before attempting any repair, one needs to understand first how things should work. What are the required conditions? Rarely we find out that the device is defective; the most common explanation is a human error in using it.

We can apply the same approach when looking at the problems the United States faces today. The political system initiated 244 years ago, despite structural shortcomings such as slavery and limited voting rights, worked well for the first half of that period. The United States emerged from WWI as an unquestionable world leader. Then, Prohibition was a big blunder. It was followed by the Great Depression. To this day, scientists and pundits disagree on whether it was avoidable. Just recently, we could not avoid the recession of 2008. We only became more compassionate, generously throwing money, on credit, to mitigate its devastating effects on Americans. We do the same now when COVID-19 caught us poorly prepared for an unavoidable but predictable disaster.

What happened about one hundred years ago that caused the United States to lose its momentum? What made America great in the very first place? By great, I do not mean close to perfect by today’s standards. By great, I mean more successful than everybody else in the world at that time.

Politicians and media personalities have quick answers, but if their ideas were right, things would be in order, and there would be no need for this column. I write it because pessimism emanates from both media and personal conversations. The old saying was that everything was possible in America. The new mantra seems to be that nothing can be done right in America anymore. What happened?

If we want to take a troubleshooter’s approach, we need to check the manual first. We need to look at the ideas of 1776 to find out why things do not work as they should.

Before 1776, for most people, it was self-evident that political power comes from the top down. It was a king, the aristocracy, or the clergy who held the power. They instituted the laws. They told the rest what to do and how. Without them, the masses were like children without parental guidance and protection. The Declaration of Independence turned upside down the logic of this thinking. It said that it is “self-evident, that all men are created equal, that they are endowed by their Creator with certain unalienable Rights, that among these are Life, Liberty and the pursuit of Happiness.” The novelty of that idea was that the governments are “deriving their just powers from the consent of the governed.” To be precise, the concept was not entirely new. It was akin to democracy in ancient Greek city-states, and Poles had practiced it imperfectly for about four centuries already.

If we could bring one of the leaders of the 1776 revolution into our current political turmoil, what would they say? I guess they would criticize our preoccupation with Donald Trump. They would tell us that they gave us a political system where we have the personal freedom to pursue our affairs the way we please, without being told by the government officials what to do. They would be surprised by our fixation on Trump. In media and personal conversations, everyone talks about Trump’s lack of qualifications to be president.

Someone with the mindset of 1776 would tell us that they introduced the system of checks and balances for the eventuality of someone like Trump becoming president. They would say to us that in the past, subjects looked reverently at rulers as embodying the best of the nation. Now, we have a president who personifies about half of the nation – people who voted for him and still support him. The other half laments that we do not have a good king, someone brought from 1776 would tell us with a smirk.

They would tell us to ignore Trump and focus on the United States of America. They would ask us to turn off the news when reporters would again divulge one more Trump tweet or nonsensical statement. There is no news in it. They would point to us that those CNN reporters regularly belittled by Trump have nothing to report besides their masochism. They would advise us not to read the book by John Bolton because it is laughable that, presumably, a Washington insider needed 17 months in the White House to realize how bad it is. They would expect us to turn the TV off when Stephen Colbert takes on Trump, because joking at Trump is not a comedy; it is sadism.

They would request that we go over our sadomasochistic obsession with Trump and concentrate on something important, like the United States of America. They would reprimand us that we focus too much on what we are against, but do not talk to each other to find objectives that can unite us.

They would remind us that the term “republic” arrives from Latin res publica, which means a thing that is ours. They would challenge us as to why we do not take action when obviously for decades we have had a stalemate among the elites. They would ask us why we follow pundits telling us that the other side is wrong. Pundits who are eager to overcome opponents by grabbing more political power, but are reluctant to beat them by the power of arguments. They would remind us that the media are supposed to be the informal fourth branch of government, but instead, it became an extension and amplifier of the great divide.  It would be beyond their comprehension that we do not see it and do not act on it.

Lastly, a leader from the 1776 revolution would listen in disbelief when told that when facing hurdles, today, Americans’ first instinct is to look for the government’s help. For them, the greatness of America is not in what the government does but in what Americans do without any government involvement. They would notice that as recently as about 60 years ago, the American president could say, “Ask not what your country can do for you—ask what you can do for your country.” No politician can be elected today on this kind of platform.

Unfortunately, a government giving goodies at its whim to its subjects was not in the manual, as written in 1776. It was penned for the freedom-minded people, not for serfs who are powerless without ongoing government support and guidance. Someone brought from 1776 America would tell us that the common denominator of all our problems is that we adopted the mentality of a serf. America does not work as it should because the user’s guide, as written in 1776, assumed that there never would be serfs in America.

Henryk A. Kowalczyk An engineer by training, an argumentative writer by calling, and an entrepreneur by necessity. In my youth, I was among those Polish political writers who paved the road to the peaceful system transformation that took place in 1989. Since 1985, I have lived in the Chicago area. Working in the service business, I have experienced an America not known to most politicians and political writers. I have built from zero a few successful businesses, both in Poland and in the United States. I write whenever I see that the prevailing voices in the political arena are misleading or erroneous. I write to tell it like it is.
« How Data Analytics Can Inform Real Estate Finance
Lean Project Management in Healthcare »