Home Economy What would Honest Abe do now? 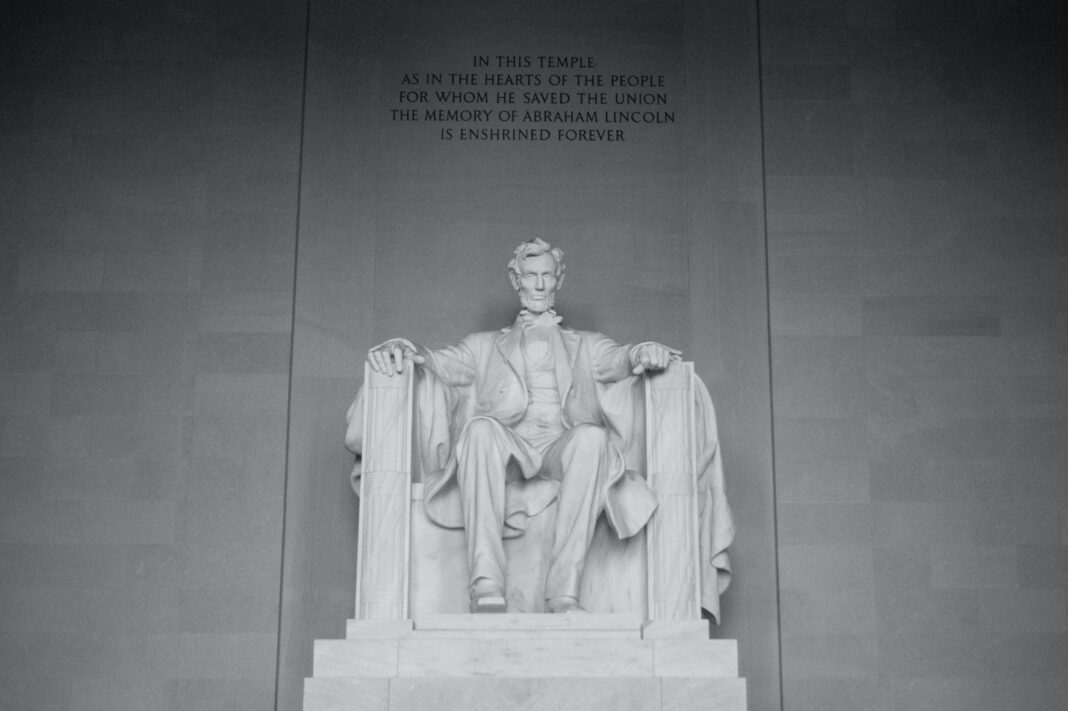 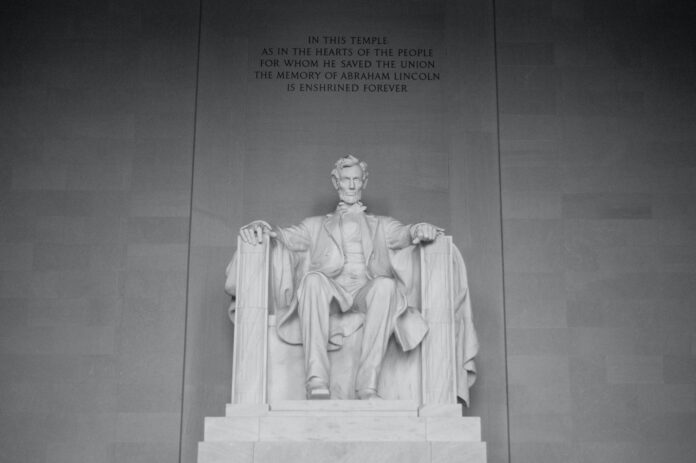 “The time is ripe, and rotten-ripe, for change; then let it come.” ~ James Russell Lowell

During the time I was a postgraduate student at Georgetown University, I would often visit the Lincoln Memorial, and reflect. Akin to great cathedrals, it commanded pious silence from its visitors, although occasionally one would see little kids running around and playing at the feet of this magnificent homage to our 16th President. Reading the Gettysburg address etched there, I realized with awe that one person with a dream really can change the course of events. It was obvious why Martin Luther King, Jr. chose the steps of the Lincoln Memorial in 1963 as the site for his iconic “I Have a Dream” speech. Emancipation Proclamation, indeed.

When my children were young, my mom and I took them to Hershey, Pennsylvania, located near our state’s capitol of Harrisburg and relatively close to our family farm. We planned on taking rides in the amusement park and eating chocolate to our heart’s content. Like my mom, I was never one to pass by an educational opportunity. I insisted on a side trip to Gettysburg. While at the Gettysburg National Military Park, we saw the unfathomable acres of gravestones, many unmarked. We toured the museum and read the plaques about the Battle of Gettysburg, the injuries and infection, typhoid and dysentery that killed the soldiers. Some 50,000 men lost their lives from just one battle, almost as many as the entire Vietnam War. Ironically, at the end of the day, we all appreciated the Gettysburg visit more than all the chocolate in Hershey.

There were many men at the Battle of Gettysburg who sacrificed their lives to keep our country together and defeat slavery. Some went against their will and maybe didn’t fully believe in the overarching mission. But President Lincoln was able to convince most and inspire them that this was an important cause, one worth fighting for. If it’s been a while since you’ve read his address, here is that brilliance again:

Four score and seven years ago our fathers brought forth upon this continent, a new nation, conceived in Liberty, and dedicated to the proposition that “all men are created equal.”

Now we are engaged in a great civil war, testing whether that nation, or any nation so conceived, and so dedicated, can long endure. We are met on a great battlefield of that war. We have come to dedicate a portion of it, as a final resting place for those who died here, that the nation might live. This we may in all propriety do. But, in a larger sense, we can not dedicate — we can not consecrate — we can not hallow, this ground — The brave men, living and dead, who struggled here, have hallowed it, far above our poor power to add or detract. The world will little note, nor long remember what we say here; while it can never forget what they did here.

It is rather for us, the living, we here be dedicated to the great task remaining before us — that, from these honored dead we take increased devotion to that cause for which they here, gave the last full measure — that we here highly resolve these dead shall not have died in vain; that the nation, shall have a new birth of freedom, and that government of the people by the people for the people, shall not perish from this earth.

Our country went through a tragic, wrenching course change during that period. The end result was momentous and just. We did the right thing.

Now we are faced with a similar circumstance for a fundamental change in equality. Make no mistake, we must address some real truths about our country and act in order to change for the better and attempt to improve as a society and make things right. The words “All men are created equal…” are nice on paper, but we need to make that a reality. Inequality can no longer remain the status quo, because it is tearing us apart and it is wrong.

The events that recently unfolded about taking down civil war statues in southern states, such as General Robert E. Lee, resonated with me. My usual response to the myriad weak complaints from detractors was, “Losers don’t get statues.” What was especially astounding to me was that Northerners were wrapping themselves in the Confederate flag. They were racists, of course.

I’ve often thought that when collective intelligence kicks in and people see that change is coming, that it is indeed inevitable, there is a last desperate grasp at the old ways. I think that’s what we’re going through now. There’s been a clawing back of civil rights and an uncovering of racism in the United States that is pushing us toward a changing point. Some might call the recent protests and rioting a breaking point, but I think it is actually a changing point.

We recognize that enormous paradigm shifts are taking place in our society. It started happening a while ago and now it has shifted into high gear. Working from home, telemedicine, automation, online shopping, meetings and socializing, and online education to name several, have been increasing in ubiquity anyhow. Now they’re in hyperdrive. I write for people and businesses. I believe every business should sit down with their managers or board and strategize the changes needed to move and thrive in a new society.

I recently wrote an article for Data Driven Investor called, “Something besides a coronavirus is quietly pushing us into the next Great Depression.” I discussed the concept of society shifting from the Agricultural Age to the Industrial Age was one of the precipitating causes of the last Great Depression. I made a case that we are now moving into the Age of Automation and how that change could potentially push us into the next Great Depression. But it doesn’t have to be like that. In that article I enumerated nine ways that we can ameliorate the changes that lay before us.

We each need to choose how we want to live and run our businesses.

I believe that all of us, including and especially our government, should set a new course. I’d like to think that is what Abraham Lincoln would do. Our own individual choices are key because citizens’ choices added together will ultimately add up to real solutions. Here’s the best part. There are already researched and proven ways to affect change. Businesses have been navigating difficult waters and pivoting business models since the beginning of the industrial age. This has all been studied ad nauseam and we can learn from their actions and mistakes.

One of my all time favorite books, Influencer: The New Science of Leading Change, by Joseph Grenny, Kerry Patterson, David Maxfield, Ron McMillan, and Al Switzler, is the best book I’ve ever read on the subject. In fact, I re-read it every year (it’s gold if you’re raising teenagers by the way).

What this group of researchers did was examine the work and methods of some of the most influential “change agents” tackling a wide variety of societal ills. They studied everything from substance abusers in San Francisco to villagers in Africa to find out methodologies for how to change things. One of the first methods they recommended is observing those that are succeeding and try to ascertain why they’re successful. Why do some villages in Africa get the Guinea Worm while some don’t? The first thing the change agents from The Carter Center did was watch the women gathering water in the two different subsets. The reason why some did not get the Guinea Worm is because those women held their finely woven skirts over the pitchers as they collected water in the rivers and ponds. This made for an effective enough filter to keep the Guinea Worm larvae out of their drinking water. This book is chock full of wonderful methods to change whatever it is that you’re looking to change.

Moving forward to today’s unrest, how can we succeed to make the needed changes for the many challenges our country is currently grappling with? Let’s start at the ballot box. That’s what I will do. We need to change the leadership in our government. Our current administration is headed by a president who is an objectively pathetic leader. A good leader is someone who gives credit to his team when things go right and takes the blame when things go wrong. President Trump does neither. He is a failing, divisive and inept head of state; unfortunately, we can’t count on this president. However, until he is voted out of office in November, there are things we can do to start to affect change.

Joe Biden, please put together a team of diverse, engaging and driven change agents that can lead the charge starting now. Assemble your Dream Team. You already know who should be on it. Include both national and local leaders. Make it diverse. Come up with a solid plan. Prioritize challenges and start with just one. Give us hope that things can change. Task your team to immerse themselves in stories about great change agents and businesses that have overcome enormous challenges. There already exists an abundance of great research and inspirational stories to learn from. Start with that.

And for the rest of us, embrace the idea that the current march forward has been happening for some time. It’s never going back to that way things were. Accept that and the notion that it can be better. Write down your vision of a better world.

Please share what you think is the most important change we need right now. I think it is tackling a wage crisis, or income inequality as some call it. Changing that would help improve race relations, education, the housing crisis, and even health costs. Read my latest article for more information and ideas, “The Multiplier Effect & the Case for Continuing a $1,200 Monthly Check.”

Cynthia Wylie is a published children’s book author with Penguin Random House and has her MA in economics from Georgetown University. She writes about business and economics for Data Driven Investor. When she is not writing, she works on business consulting and turnaround strategies for TheProjectConsultant.com. 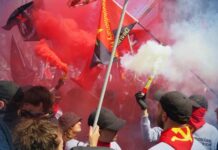 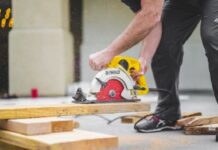 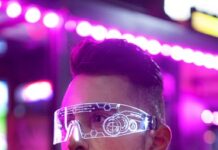 The 5 Best Weapons To Manage the Future