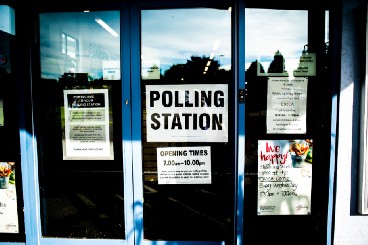 Insight on how the 2020 election can impact your wallet or not budge it at all.

Likewise, a few people know Joe Biden’s strategies — increased government spending to create jobs, health insurance revision, taxation of those with incomes greater than $400,000, and repeal of the corporate tax.

With the addition of Kamala Harris as Vice Presidential candidate to the Biden campaign, there are new concerns.

Many feel like Biden is in a state of poor mental health and believe that he will not be up to par for two terms should he get elected.

This places a lot more pressure on the economic policies of Harris as she may end up having a lot more influence later in Biden’s first term — possibly running for president in four years on the Democratic ticket.

Most people know what they are getting themselves into with Trump and Biden.

But what are Harris’s economic views?

We have an insight into this information since she was one of the more publicized candidates for the Democratic nomination in 2019.

Of course, we should also recognize that this was pre-COVID and some priorities may have changed.

Harris has a reputation for taking on the big banks. She has a section in her memoir where she recounts a call she made to the CEO of JP Morgan Chase where they were in a fight about how much the bank should pay for its role in the financial crash.

When Biden tweeted about her as his VP choice, he cited this reputation.

Harris tweaked Sanders’ plan and reduced the incremental tax increases in favor of a tax on Wall Street Trades. Stocks would be taxed at .2% and bonds at half this.

Still, Wall Street regards her as a moderate and a better choice than the likes of Sanders or Warren.

Terry Haines, founder of Pangaea Policy, called the selection a “small market negative,” but summed it up this way: “It could have been worse.”

Harris has been strict with commercial banks and in her tenure as California Attorney General beginning in 2010, she won a 20 billion settlement for California homeowners.

Still, some believe that Harris has not done enough to help the poor and foreign homeowners who may be the most vulnerable. A few times she has refused to take action against banks as Attorney General of California.

However, to her defense, Harris says she was handicapped by the laws not allowing states to pursue certain legal actions against financial institutions.

Is this her compromising or her giving banks concessions?

Harris intends to continue her support of the Affordable Care Act and is working with a 10-year plan to reduce the costs of healthcare.

Initially, she supported Medicare for all but soon shifted and lost traction in her campaign as a result.

Harris touted many proposals first pushed by Sanders to pay for the program, including changes to income, payroll and estate taxes to make them more progressive in addition to higher taxes on businesses and the richest Americans (NBCNews).

Now with the current crisis, there would be more emphasis on helping struggling Americans. Harris seems to have shifted this as one of her main policy points.

Harris has address the economic crisis in the past few months in the U.S. Senate, co-sponsoring legislation to give tens of millions of Americans $2,000 a month and banning evictions, foreclosures, rent increase and utility shut-offs for the duration of the pandemic (Marketplace.org).

She also has experience in this as she serves on the Senate Homeland Security and Governmental Affairs Committee.

On this committee, she oversaw the federal government’s response to national disasters and emergencies including Trump’s response to COVID-19.

But COVID will soon be over. Is this just expediency in attacking Trump? I think so.

Harris also places a heavy emphasis on making sure racial inequality is eliminated in the process of renting, purchasing, and selling homes.

She also included a plan for billions of dollars in tax credits for low-income renters. This includes tax credits for those spending more than 30% of their income on rent and utilities.

She is concerned about the affordability of housing because of what she has witnessed in her state of California.

Harris is in favor of a $15 minimum wage.

Since being elected to the U.S. Senate in 2016, Kamala has introduced and co-sponsored legislation to help the middle class, increase the minimum wage to $15.

She also wants to find ways to penalize companies that disregard these wage laws and make it easier to unionize.

Among her most prominent positions was a 3 trillion plan to reduce taxes for the middle and lower classes.

She wants a reversal of the Trump-inspired tax cuts for corporations and rich Americans.

With this higher taxation of the rich, she wants to give more money to poorer Americans through more income-tax breaks and credits.

Most of the issues Harris chooses to focus on are somewhat important. With a plethora of economic issues in this country, each candidate has to pick and choose their economic battles.

Just as important as what she chooses to focus on is what she doesn’t focus on.

Issues like student loans remain a large handicap for students in the U.S. but she has not addressed it as much.

Unlike Bernie or Warren who propose to eliminate most or all student debt, Harris has an approach to loans that is much more narrow. She proposes forgiveness of $20,000 but with a catch.

They will have to be 1) a Pell Grant Recipient who 2) starts a business in a disadvantaged community and 3) manages to keep that business afloat for at least three years.

This can be a notable issue for many left-leaning people who will clearly not be satisfied with this. It is no wonder why she hardly mentions this as a part of her platform.

Harris also does not provide much of a solution to getting people back to work or helping discouraged workers. She does not address the issues of degree inflation, wage stagnation, or the pharmaceutical industry.

In my opinion, she seems to focus on issues that seem most alarming and expedient but has no answers for more pressing, structural, and generational problems. She seems like a perfect middle candidate to get the most votes and appease as many leftists and moderates as possible.

But is she a fix for our problems or a good way forward? I say no. Will she keep the status quo? Definitely.

Alexander Lago My goal in writing is to spread good and useful information. I like Economics, Philosophy, and Travel.
« Who Do You Think You Are?
Tech is the Market Top Dog »