Facts You Should Know About Low Carbon Energy 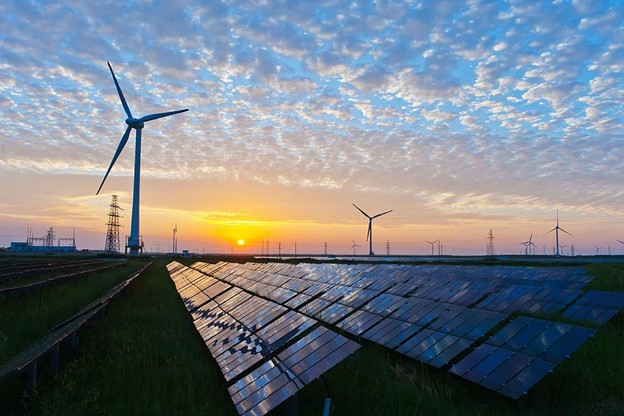 The global energy system is in a period of profound transformation. As the world’s population increases, the need for energy is also increasing. By 2030, up to 17% of total global energy demand will be met by renewable energy according to the International Renewable Energy Agency projects. This is a significant development, a trend that is driven both by the need for increased energy security and by the need to reduce greenhouse gas emissions. The writing is on the wall, it is becoming more and more obvious that the need for low carbon energy is important.

There are three main fundamental concepts that help guide your understanding around energy systems in general and low carbon energy in particular. Here is the non technical guide to these concepts.

Reliability is one of the most important concepts in energy systems, it means that a system would be able to consistently deliver for extended periods of time with no major interruptions.

To give a real world example, if you happen to own a car, you know that a traditional internal combustion engine (ICE) car will need to be serviced at certain intervals. In addition, the car will need to be fixed due to unexpected events like breaking down on the road. The concept of reliability in this example is as follows: the less the car needs to be fixed or serviced the more reliable it is. This idea applies to energy systems, the longer the system can operate without major disruptions the more reliable it is.

Reliability of energy systems has direct implications on the quality of life for the average person. For example, losing electricity at home is not a good experience, especially if it happens during the coldest or hottest days of the year, due to issues in the electricity grid. Other than the quality of life for the average person, an energy systems’ reliability has far reaching implications in our world, when considered in the context of manufacturing and industrial processes. Continuous 24/7 operations require such high system reliability to be able to deliver lower production costs, and therefore lower cost of goods. This applies to many sectors of the economy including food and critical pharmaceutical products to construction materials and vehicles.

The concept of reliability goes hand in hand with the concepts of uptime and capacity factors. Uptime is the number of hours in a given period (a year for example) the system can operate without disruption, the higher the system’s uptime the better it is. While capacity factor is the amount of capacity they need to have in order to deliver with certainty an amount of energy. (An illustrating example of this is counting how many leaky buckets of water one needs to deliver one bucket worth of water from point A to B)

For low carbon energy systems, the popular renewable energy systems like Solar and Wind have near zero emissions (Scope 1), but these technologies have low reliability, uptime, and capacity factors. This is bad for anyone who wants to use these sources for 24/7, 365 day operation, hence why Solar/Wind + Energy storage offer a more attractive option than solar/wind alone. For example, a Solar photovoltaic plus battery energy storage system provides some guarantees that a system can provide electricity at night when the sun is not shining. Solar thermal plus thermal energy storage can guarantee that the system can provide hot water for heating all day long.

In the world of energy systems, cost is king. Lower up-front capital costs are always a top priority. However, fuel costs also play an important role in the total cost of ownership of an energy system, therefore, fuel costs become a critical factor for investment decisions for energy systems. The lower fuel costs the more attractive the energy system becomes. In the context of operations, lower system maintenance costs affect the medium to long term aspects of energy systems.

For example, a geothermal energy plant will have a higher upfront capital cost to build, it also requires specialized talent to build and operate. However, once the plant is in operation, fuel costs are minimal as the energy source is renewable. In the medium and long term (5 to 35 years) the system would need to be maintained and overhauled which will increase the total lifetime cost of the system, however, these costs would be planned and accounted for in the project analysis, therefore there will be some certainty in the energy costs. It is important to highlight that fuel cost certainty is an underrated factor in cost analysis for energy systems. A project that has guaranteed fuel costs over its lifetime will likely mitigate risks that arise from supply-demand market forces and relevant geopolitical events. In this context, renewable energy sources such as solar, wind, and geothermal have this advantage over fossil fuel energy systems and therefore, provide more resiliency in terms of fuel costs.

Carbon neutrality means that such energy sources come from an origin where carbon has already been removed from the atmosphere, such as sustainable forestry, crops, or from waste processing systems. Carbon neutral energy sources such as biomass, biogas, renewable natural gas, as well as biodiesel are by far the most controversial when it comes to emissions. This is because these energy sources eventually produce carbon emissions on site through an energy system, albeit these systems can produce less carbon emissions than traditional fossil fuels, the use of these systems does not guarantee lower carbon emissions. They are better than traditional fossil fuels, but are not the ultimate low carbon energy systems.

Mike earned a master’s degree in applied science in 2013, then he launched his career in the data centre industry. In 2015, he shifted gears and took on a Lead Engineer role in a company developing emission reductions technology. He then moved in 2018 into energy consulting. Mike focuses on most critical issues and opportunities in business: strategy, operations, technology, transformation, advanced analytics, and sustainability. Mike writes fascinating stories meant to be read by anyone. He excels in simplifying complex subjects and bringing a fresh new perspective to pressing issues.
« YouTube Attracts a Whole New World to Your Special Brand
Ways to Teach Money Management for Kids »