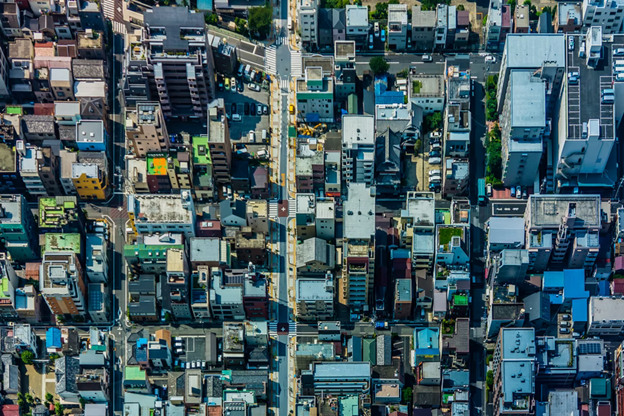 In 2006, Europe had its largest electricity blackout ever[1], people were trapped in elevators, and over 10 million people in northern Germany, France, Italy, Belgium, and Spain lost power. In Germany, more than 100 trains were delayed for more than two hours, this was no coincidence. Electricity grid management is a complex task.  Electricity grid operators struggle with integrating renewable energy sources into their systems. With the advent of transport and building electrification, this problem is going to get much worse for the electricity grid. This is because tens of millions of EVs will be on the road by the end of the decade, and hundreds of millions of heat pumps will be heating and cooling buildings around the world. It will become increasingly complex to respond to the effects of ever-changing customer behavior with regards to EV charging, electric heat pumps, to make matters worse this will be coupled with responding to electricity generation uncertainty due to changing wind and cloud patterns.

The good news is that digitalization could offer a lot of value to electricity grid operators. But how so?

Virtual power plants (VPPs) are groups of Distributed Energy Resources (DERs) that are networked together through a digital network (such as the internet). The DERs could be solar, wind, batteries or any other energy sources. These VPPs connect to the electricity grid and coordinate their actions to be equivalent to a power plant that provides electricity to the grid as needed. For example, battery systems would discharge groups of batteries all at the same time and export this electricity to the grid, to provide an equivalent action of bringing a traditional power plant online.

In case of low carbon energy, the VPP will be dominated by solar or wind plus battery storage systems in addition to small hydro or biomass systems. These systems will be coordinated and controlled to provide the grid with electricity as needed for a fee. This presents an opportunity for DER owners to capitalize on their infrastructure investments, and an opportunity for grid operators to meet peak demands without making substantial capital investment in power generation plants.

Most DERs are operated separately from the electricity grid. Building owners can use battery energy storage to avoid peak electricity charges. They can also dispatch behind-the-meter electricity generators at times to satisfy certain loads. Buildings do not necessarily need to utilize all electricity generated by PV panels at certain times of the day. EV charging stations in buildings don’t necessarily have to discharge electricity from EVs to the grid if the grid needs it. Building Automation systems (BAS) and Building Management Systems (BMS) are designed to manage and control building heatling, cooling, lighting, and all other systems with no regard to the grid. If the grid fails to provide electricity to a building for any reason, BAS/ BMS can be programmed to start a backup generator to provide the building with critical electrical loads if the building has one. Normal buildings are not typically aware of the electricity grid overall status, therefore an opportunity arises.

A grid-interactive efficient building (GEB) is a building that is aware of the grid, it is connected to the grid, and relies on data to manage its energy consumption to benefit both the building and the grid. GEBs are also equipped with high efficiency energy systems from cooling, heating lighting along with state of art control systems to manage and optimize energy use in the building, in addition they are highly efficient buildings in terms of their construction and envelope.

In terms of low carbon energy, the opportunity for GEBs is to be able to dynamically respond to and interact with the grid in a way that provides benefit to both the grid and building. For example, GEBs building would be able to adjust its settings to adjust its electrical consumption based on the information flow between the building and the grid, this could vary from building temperature settings to curtain adjustments. In addition GEBs could provide surplus electricity from solar PV, EV Vehicle to Grid (V2G) interface, or building Battery Energy Storage Systems (BESS). The GEB would have a financial incentive from the grid operator based on the benefit the building provides in a certain predetermined period of time.

Both VPPs and GEDs are two promising technologies that can integrate digitization with low carbon energy sources. If they are adopted on a large enough scale it would help not only mitigate blackout risks but better integrate low carbon energy systems into the modern electricity grid and help reduce GHG around the world.

Mike earned a master’s degree in applied science in 2013, then he launched his career in the data centre industry. In 2015, he shifted gears and took on a Lead Engineer role in a company developing emission reductions technology. He then moved in 2018 into energy consulting. Mike focuses on most critical issues and opportunities in business: strategy, operations, technology, transformation, advanced analytics, and sustainability. Mike writes fascinating stories meant to be read by anyone. He excels in simplifying complex subjects and bringing a fresh new perspective to pressing issues.
« Uncapped Note? No Discount? Making Sense For Entrepreneurs
How to start building customer centric business models with the philosophical principle of “bedrock” »

One Reply to “Digitalization will change the Low Carbon Energy world”