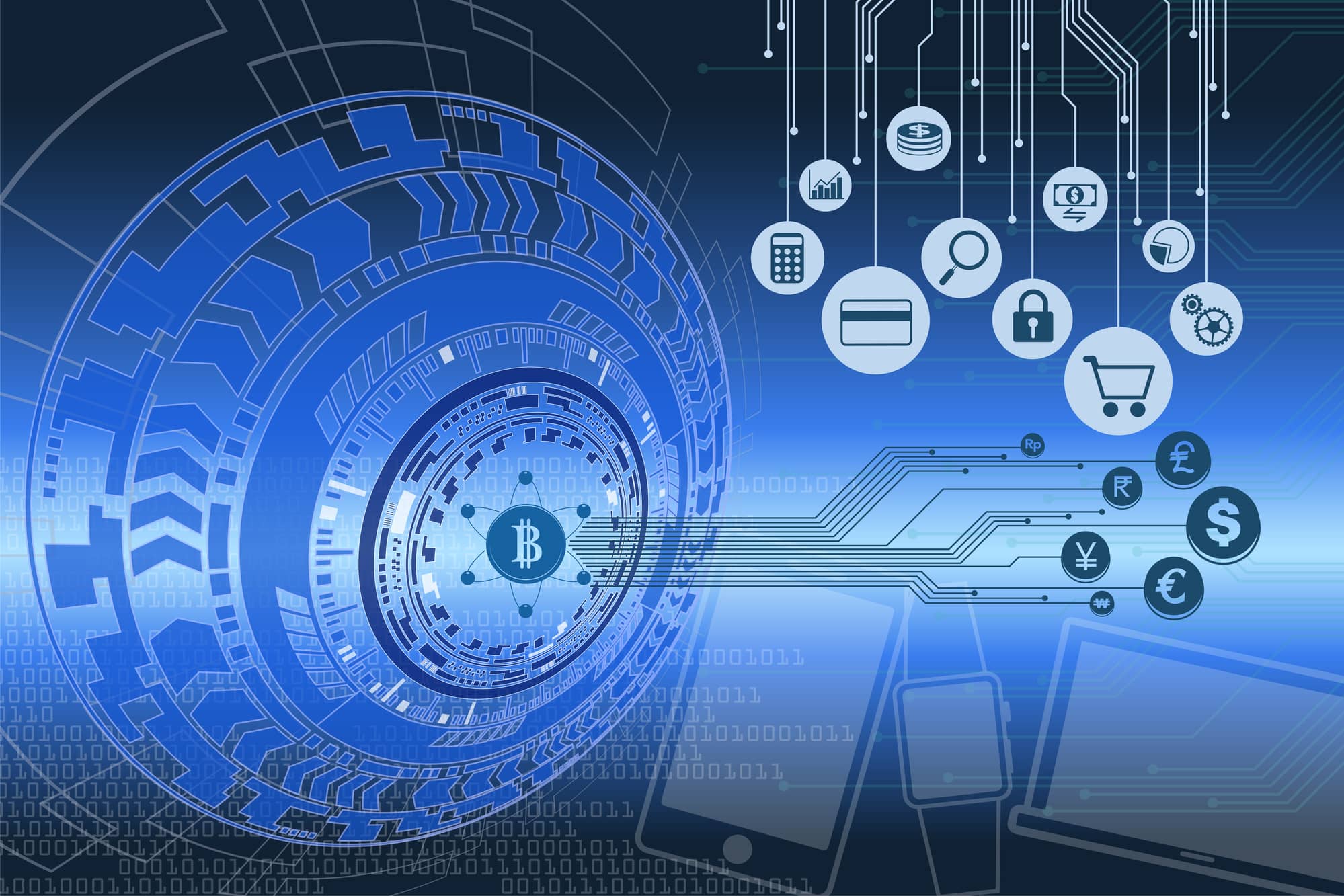 It’s 2022, and what better way to kick off a new year than by talking about regulations and compliance in the great state of California?

The Golden State is home to a new-ish agency: the one-year-old California Department of Financial Protection and Innovation (DFPI).

The DFPI, formerly known as California’s Department of Business Oversight, gained expanded authority over providers of consumer financial products and services as of January 1, 2021. The DFPI’s regulatory mission is courtesy of the state’s rigorous consumer protection laws, which give the agency sweeping new powers akin to those exercised by the federal Consumer Financial Protection Bureau.

On an episode of Tech on Reg, I spoke to two California natives who are experts in the field about what to expect from the DFPI: Mark Naiman, president of Absolute Resolutions Corporations and a member of the California Consumer Advisory Committee (CCAC), and Lauren Valenzuela, an in-house compliance specialist and counsel at Actuate Law.

As a member of the CCAC, Mark’s job is to “provide insight, answer questions and bridge the gap between business owners — not just in the state of California, but overall within the industry,” he explains.

All of the board members are veteran California business owners who serve on a volunteer basis, but the work they do is crucial: “To try to ensure that the unintended consequences of right-intended legislation don’t run awry,” says Mark. “The only way we benefit is when all ships rise.”

What can this new agency do (and what won’t it do)? How will its new mandates affect the fintech industry? And is it possible that DFPI will become the first government agency to *really* attempt to regulate cryptocurrencies?

We do know that the DFPI is expected to create a path for “mature” fintech companies to form industrial banks, which allows them to avoid certain hurdles and regulations that traditional banks face.

Mark has been working in receivables for a few decades and has seen “massive change” over the years. But “you’re not going to find a whole lot of companies more than 30 years old,” he adds. “That’s still pretty young in the greater scheme of things.”

Only allowing “mature” fintechs to benefit from industrial bank status is “a bit of a detriment to business,” he says. In fact, he says running a business is difficult in California right now, due not just to the pandemic, but also to skyrocketing housing costs.

There does seem to be a mass exodus of fintech folks from California, though — to places like Miami, Austin and Nashville, places with policies that more clearly encourage innovation.

“That’s something California should pay attention to,” says Lauren. “I know that they have a big focus on innovation; in fact, they even put it in the rebranded name of the department.”

This has come up in a number of conversations I’ve had lately about digital currency, crypto and different ways of deploying blockchain technology. Colleagues ask questions like: Is this the agency that’s actually going to try to adopt a licensing structure for virtual currency? The answer is … sort of. Maybe. We’re not sure.

However, DFPI is required to establish an Office of Financial Technology Innovation. We don’t know what that office is going to do. And I don’t understand how the agency can only want mature fintech companies, but is committed to fintech innovation.

While I understand why regulators prefer established, stable businesses, it seems to me that “maturity” is at odds with many other regular state-level regulatory jurisdictions. Wouldn’t it be better for regulators to forge relationships with companies that are developing interesting financial products and services early on, to help them develop products in a compliant way?

Compared to a state like Arizona, which has an innovation sandbox designed for immature companies (aka startups), blue-state tech haven California could lose its edge. I know, I know, many don’t like the word “sandbox.” Sandboxes are for kids, not businesses. I’ve been told.

“In this day and age, a lot of experienced people in the industry move around or start companies. So it’s not a reflection of how mature or immature an organization is,” says Lauren. “You have to look at the people behind the organizations. It’s unfortunate the DFPI has that approach. I hope they rethink it, I really do.”

Compliance fatigue is all too real

When the DFPI opened applications for new organizations (previously unregulated in California) to apply for licensure, no joke, the overwhelming response crashed its system. The agency had to acknowledge it couldn’t process them quickly enough. DFPI promised it wouldn’t take any action against those who made a good faith effort to attempt to apply on time.

Lauren thinks “it’s really telling” that so many organizations are trying to do the right thing. Every attorney Mark knows who works in the collections space got a license, as well.

“Nobody wants to run afoul of state law,” he says.

That’s understandable, but do we really need more licensing? Do we need more regulation or companies who are already heavily regulated? I remember the debate in the early days of the CFPB: whether a federal, governmental body — or any governmental body for that matter — ought to regulate attorneys who are already regulated by each state in which they are barred and licensed.

That’s one of Lauren’s biggest concerns as an advocate for the finance industry: compliance fatigue.

“We are seeing a slew of compliance changes and requirements, not only at the federal level, but at the state level, and not limited to California. Even when organizations do their very best to operationalize the nuances — and they’ve come in really rapid succession in the last 12 months — it’s not letting up.”

I agree. Even for the most mature organizations with sophisticated compliance and corporate governance structures, all these regulations are very complicated, expensive and exhausting. It can become absolutely crippling for small businesses, which may not have the wherewithal to withstand this type of compliance fatigue. Yet small businesses are often the most productive, profitable employers — not just in California, but all over the country.

Ultimately, the DFPI just wants to prevent businesses from misrepresenting fees, charges and other costs in the lending process, says Mark. But there will inevitably be enough details to keep compliance experts busy for years to come.

What can finance professionals do if their businesses are newly regulated (or they’re new to California)?

“Be meaningfully involved,” says Mark. “It’s hard, not just a resident but as a business owner — another law, another regulation, another license, having done it across all 50 states. But … there comes a point where you accept what’s happened and continue to move forward. Being involved and being part of the education process is a critical component.”

He thinks the CCAC is an “excellent cross-segment of people who do business the right way, who are joining this board to make sure we are equally represented. And as much of a stigma as collections has, I can assure you this panel is truly the upper echelon and has everyone’s best interests in mind.”

We’ll have to see how things shake out — “and be vigilant watching what the DFPI does,” says Lauren. “When there’s an opportunity to comment on things, take advantage of it. And I know there’s a lot of compliance fatigue, but hang in there. We’ve got a great industry full of people willing to help each other. It’s our time to shine. We’ll just be resilient and figure it out together.”

This is based on an episode of Tech on Reg, a podcast that explores all things at the intersection of law, technology and highly regulated industries. Be sure to subscribe for future episodes.

Dara Tarkowski Follow I'm Dara Tarkowski. Innovator, entrepreneur, attorney and podcast host. I am FinTech and RegTech enthusiast passionate about responsible innovation and exploring the intersection of law, technology and highly regulated industry. I'm the Managing Partner at Actuate Law, Chief Innovation Strategist at quointec, and the Host of the Tech on Reg podcast, recently named one of the top 10 RegTech podcasts. I was also named to the 2019 Women in FinTech powerlist by Innovate Finance.
« The anti EV lobby: Why are they wrong?
One Question, Four Aspects »