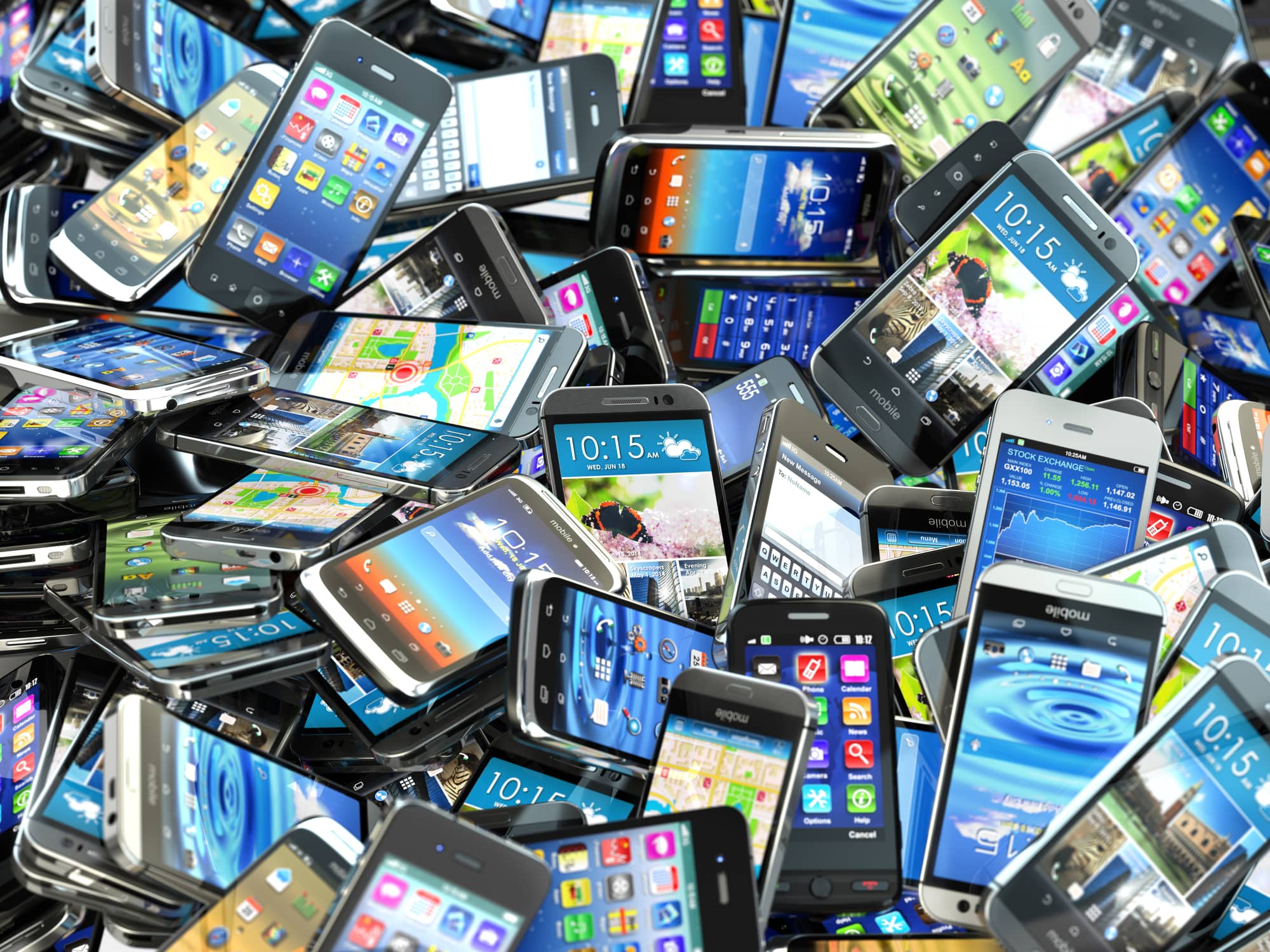 If you’re a startup with a sales team, you might have your first few employees use their own phones to make sales calls, especially if you’re bootstrapped and on a tight budget.

Eventually though, you’ll have to give your team work phones, to ensure that they have the tech they need to do their job properly.

The problem is, smartphones aren’t cheap, especially with the inflationary pressures on our tech supply chains at the moment, and the chip shortage that’s still ongoing.

Also, as your business grows and matures, you’ll have the problem of deciding when and how to upgrade people’s phones, and what to do with the old handsets.

Producing a smartphone creates approximately 81kg of CO2 emissions, according to Deloitte, mostly due to the process of mining rare earth metals and other resources used in components like the battery and speakers.

The last thing you want is your old phones ending up as e-waste, especially if you’re a larger enterprise with hundreds or thousands of work phones, and environmental commitments to adhere to.

If your sales team is growing and you need to buy some phones, but you’re still on a budget, it’s often best to look at refurbished devices.

For most startups, your employees don’t need thousand-dollar flagship phones, and they don’t necessarily need new phones either.

Instead, look for flagship phones or second-tier phones that are about a year or two old, and have been refurbished by a reputable company.

These devices will still feel great to use, and will be able to handle everything a sales rep can throw at it, like calls, texts, emails, and your calendar app.

You can buy refurbished devices from the manufacturer directly. This is the best idea in most cases – Apple for example repairs their phones with brand new parts – with third-party refurbishers, you won’t necessarily get the same quality of repair.

When buying SIM cards for your new phones, ensure to shop around for the best price. If you know that the phones will be in use for a long time, you can save money by entering into longer-term SIM-only contracts.

Remember, you won’t need unlimited data, especially if most of your team are in the office and connected to Wi-Fi most of the time. 15-30 GB should be a plenty-high monthly data allowance for most sales reps.

Rather than just handing a work phone to an employee immediately, for security and business continuity reasons, it’s a good idea to set it up for them first.

Upgrading work phones in the future

As your team grows and time passes, you’ll probably need to buy more phones, and some of the original phones you bought will be reaching the end of their lifecycle.

At this stage, we’d still recommend buying refurbished phones – mostly to save money, but also to minimize your carbon footprint, which your customers and investors will love.

In general, we’d recommend replacing employees’ phones every 18-24 months. This is the sweet spot to ensure that they don’t experience productivity loss due to their phones slowing down, while also avoiding your business having to replace phones all the time.

What to do with old smartphones

Once your business outgrows a certain phone, you need a plan to get rid of it safely.

A key consideration here is information security – the last thing you want is someone getting the phone and accessing confidential information about your business, or your customers.

However, you don’t want to leave old phones in a drawer somewhere either. This also poses a security risk, and it isn’t environmentally sustainable. Old phones can be reused by other people, or they can be recycled to reduce the amount of rare earth metals and other materials that must be mined and processed to make new smartphones.

Before getting rid of a device, you need to:

Now that you’ve completely erased all data from your phone, you have two main options to dispose of the device.

Tom Paton Follow I'm Tom, and I own and operate greensmartphones.com. We help to make smartphone shopping more sustainable by planting trees when our users upgrade to a new device. I like to write about sustainability issues in smartphone production, and what you can do to minimise your (or your business's) environmental footprint when it comes to buying and using mobile phones.
« Robinhood Ripple Effects: How Online Communities Have Impacted The World of Investment and Crypto
Welcome to the Metaverse: where are we? »