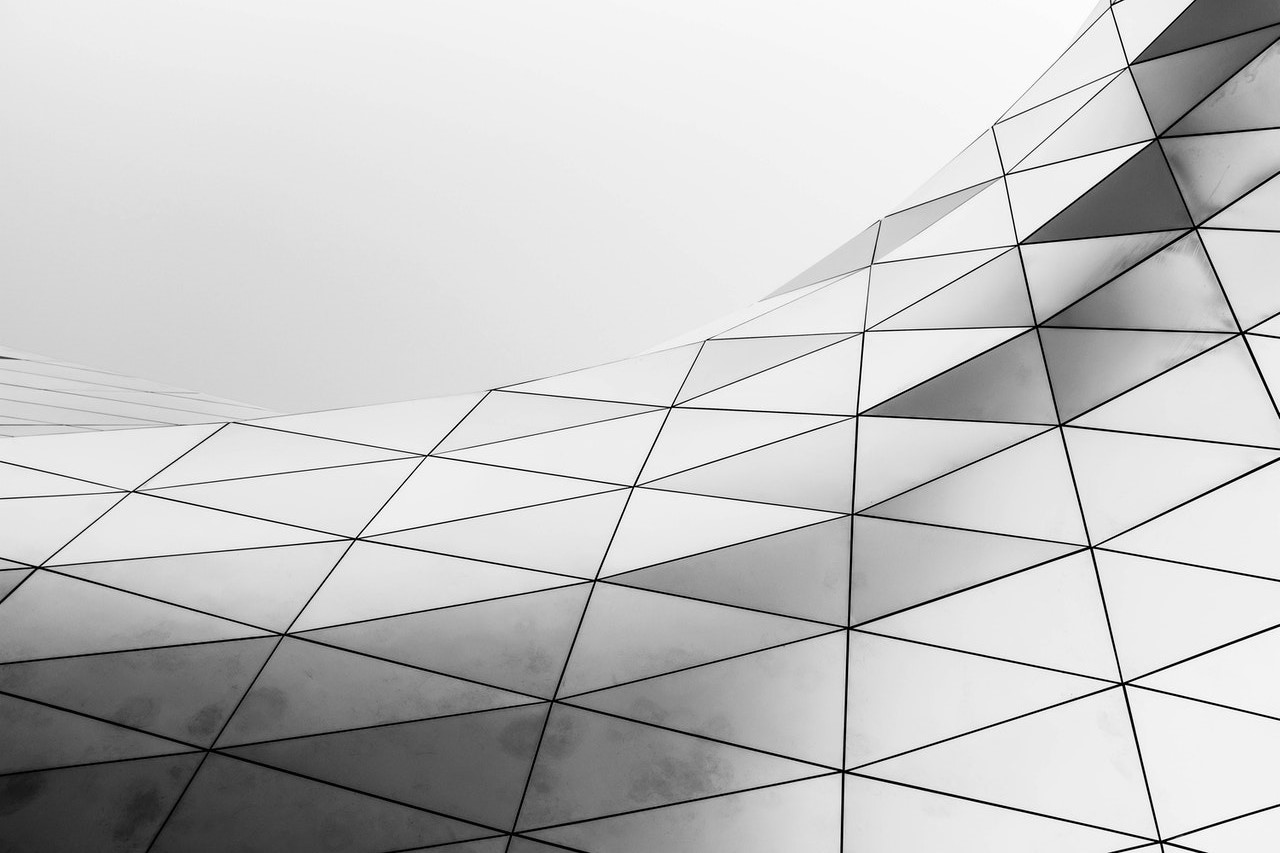 What do you do when the factors that affect your business change faster than your IT’s ability to keep up with them?  In the insurance world, the adoption curve for no-code technology has started to accelerate off the back of this very question.  The more entrenched, hard coded and developer intensive your core business platforms, the harder it is to adapt when things change. And, boy, how fast and furious things are changing. Let’s take a look at some of the implications for digital insurers and specifically digital claims.

A pandemic, climate change, hybrid working, worsening operating ratios, intense competition, shifted consumer expectations, the rise of mobile technology, more complex supply chains and increased regulation. This is a trimmed list of what insurers are coping with! What each has in common is that they make the gaps between adaptable and entrenched businesses ever wider.  Those who can adapt their systems and workflows faster and with less cost will retain more business and retain it more profitably.  Those who can’t are condemned to sink tens of millions into new systems that could easily have been surpassed by industry or consumer changes by the time they are launched. It’s like painting the Forth Bridge with £50 notes.

This is why No-Code eventually found its natural home with insurers after years finding its feet in other industries. Think website building. No-code development created a shockwave through the web design industry and transformed it for millions of small businesses by giving the customer control and cutting out the slow and expensive middlemen: website developers. Think Squarespace and Wix. Easy to manipulate tools made their way into the hands of business practitioners to shape their presentation to the world as they needed and wanted.  No incremental cost of development or coding and adaptable to allow them to make best advantage of their particular niche.

The seismic change came in the move that No-Code made from small scale to vast scale with the rise of the mega cloud technologies such as AWS. The interface could be as intuitive and empowering but the results could be applied transactionally to millions of customers.

Effectively, the same sort of tools, adaptability, and low-cost implementation seen in no-code web design make their way into the hands of multinational insurers. And at a time when they were facing threats from four compounding categories:

1) a change in both workforce demographics and consumer needs

3) A shortage of developers leading to extraordinary costs of development; and

According to Microsoft, workforces for many large companies will be made up of 75% millennials by 2025. Their demands as consumers and expectations as business shapers will be met with mobile enabled and often ‘mobile first’ types of experiences.  Will they opt to work for large companies where an ideological commitment to particular and obstinate technologies funnels their careers into suffocating niches? Unlikely.

Likewise on the surge in digital demand, Microsoft reported that they expect 500 million new applications will be built in the next five years. To put that into context, that’s more than the last 40 years combined. They will not be hard coded. Some will be composable architecture but many will be no-code because the tools we’ve used to build software for the last 40 years are not going to be the same tools that work for us in the future.

The current shortage of developers is likewise driven by not only the fragmentation of skills but also because demand in this fragmented world outstrips supply.  Many in industries such as energy, retail and healthcare are playing digital catch-up so overyone is struggling to hire the quality development resource needed whilst demand for digital not only accelerates but morphs with ever greater speed.

Finally, the pandemic piled immense pressure on businesses of every type and scale. Hybrid working became a must-have.  The digital tools that frontline people needed to work with customers could no longer be siloed in an office on a company controlled computer. It needed to be accessible from everyone’s back bedroom. Simultaneously, those who went out for their needs (shops, pharmacies, insurance brokers etc) needed the same services to come to them at home. Overnight, digital adaptation became a ‘live or die’ situation rather than an ‘nice to have…one day’.

In this maelstrom, traditional IT implementations were exposed as never before because they simply took too long to change and were too expensive to deploy.  There were reports of claims departments who had never moved to any form of digital claim logging having piles of claim forms in post rooms that no-one could access.

Against this crazy backdrop, no-code technology became the digital opportunity for insurers, and specifically in digital claims management.

The claims landscape is now constantly changing and this is where no-code architecture offers insurers the ability to adapt and change both their rulesets and what is present to their customers at a moment’s notice. Gone are the delays and costs associated with traditional IT infrastructure. Think weather events, claims surges, new fraud techniques, the growth of previously dormant claims classes (think particularly business interruption!). If business practitioners can create the FNOL and workflows needed with no incremental cost to the business and deploy these literally overnight (and potentially de-deploy if needed) then everything changes.  Incremental cost of change shrinks to near zero, IT lag disappears, missed opportunities are hit.

No-code’s greatest boon for the open-minded and progressive insurer with an eye on profits in five and ten years time, not just this year end, is that it unshackles insurers from IT departments burdened by inflexible legacy IT and never-ending ticket queues. It enables the business practitioners on the front line to innovate, build, test and deploy unprecedented levels of efficiency – without writing a single line of code – within hours and days – not weeks, months and sometimes years for larger projects.

No-code technology has now also leaped beyond FNOL. Many leading insurers across the world are reaping disproportionate rewards from complete end-to-end digital claims cycles that use no-code technology to drive speed and efficiency. By orchestrating and automating the entire claims lifecycle – and crucially – controlling, changing and improving every aspect of the claim journey en route, insurers can react to both short and long-term changes by tailoring the customer journey and experience as needed.

The results: lower costs and higher customer satisfaction scores against their competition.

With so many parties to a claim, on top of the ever-changing consumer and regulatory demands, insurers hamstrung by inflexible and siloed systems find themselves a step behind their emerging agile counterparts. The difference is not scale or wallet size – it is the difference in the speed and cost of business re-configuration.  The customer does not care what goes on ‘behind the scenes’… they are interested only in the scenes. If one company charges the same premium but its user experience, notifications, speed of settlement and customer centricity are better, who wins? This is the Amazon age and the insurance industry needs to embrace the digital technologies that will allow them to compete against this backdrop of expectation and expectation fulfilment.

Large IT infrastructure implementations are breeding grounds for horror stories as companies replace existing legacy systems with new systems that soak up excessive time and cash. Budgets spiral out of control, delays are counted in years not weeks and customers’ expectations have moved on through their experience with other sectors in the meantime. But here lies another fundamental solace that no-code digital claims can offer.

The flexibility of no-code doesn’t just lie in configurable claim journeys and supply chain management, it is also in pure integration. Such systems can be used as a whole or in part. Large IT system implementations cause trouble and friction by ripping out and replacing large portions of the business operations. But these still have to integrate with other systems both internally and externally. With end-to-end no-code claims platforms, integrations can be made in an agile, risk-free fashion by replacing one operation, system or process at a time. One line of business or FNOL for just one line of business for example. Very often it is the pure numbers (in NPS, cost, speed etc) that then persuade management to expand the user.

This low risk – customer engagement and supply chain digitisation has proved a major win in the early 2020s for some of the world’s largest and most progressive insurers. Insurance is a ‘risky’ business but removing risk from digital transformation options while simultaneously reducing cost, improving speed and empowering business (rather than IT) architects mitigates that risk.

All the while, numbers improve. More customers are retained, more are happy, OpEx costs fall, product owners can drive change and experimentation faster. In most cases, indemnity and fraud costs also shrink. Why? Because speed and friction create serious problems with both.

Against a dark backdrop, some insurers have thrived. Some have cut cost while improving their NPS. Most of all, some see opportunity ahead. No-code is increasingly at the heart of this empowerment.

Leo Montgomery Hello and welcome to all things 'digital claims'. I've found myself writing a lot on the future of claims management and wanted to share my thoughts with a wider audience.
« Usage of AI in the Healthcare Industry
Drone Delivery: Benefits, Obstacles, and the Future of the New Ecommerce Trend »

Why We Invested In Alaffia Health — Reducing Fraud,…

How Low Code Platforms changed the course of traditional…