The World Is a Masquerade! 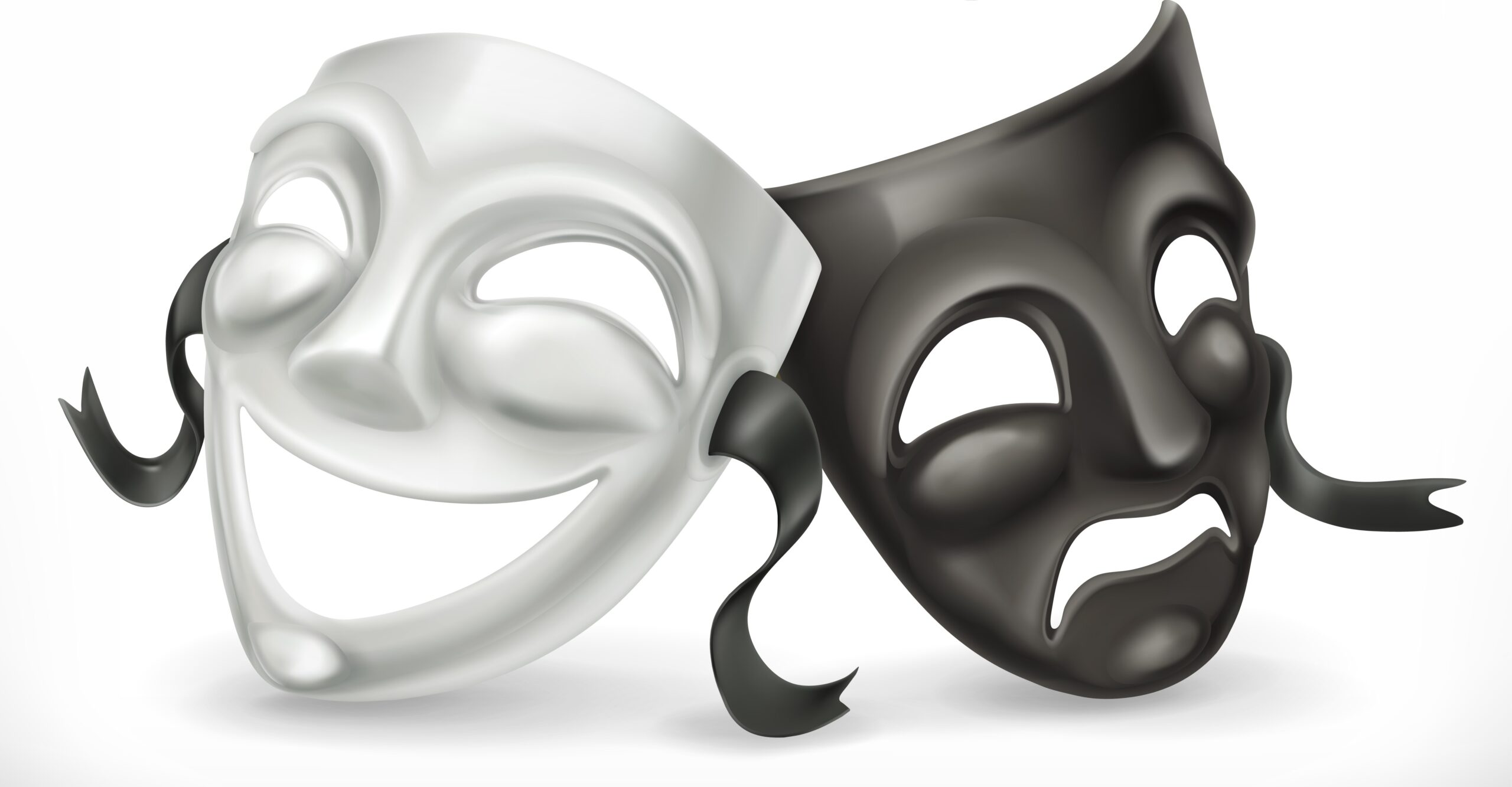 The world is a masquerade. We are run by fools and fanatics. There are endless problems in the world. Too many to list, but I was thinking that it would be an intellectually challenging exercise to try to put my finger on it. A foolish endeavor you may think. Maybe. Only a fool or a Wise Man could seriously pretend to know the answer to this question. I happen to know a wise and eccentric philosopher (Bertrand Russell) who pondered over this question and who came up with an answer that is quite remarkable.

The world is a masquerade. We are run by fools and fanatics

We are run by fools. The fool is grandiose (borderline annoying), confident (borderline arrogant), flamboyant (borderline tacky) and walks through life feeling absolutely certain about everything. And then you have the fool-clown who is not grandiose, not confident, and not flamboyant; he is just a clown. A fool is set in his opinions and feels that he has a duty to share his way of thinking about this and that and everything important. There are 2 types of fools. The first type is the one that does not care to take counsel from others nor listen to their opinions. The second one is the one who takes counsel and opinions only from people he knows will echo his own way of thinking.

The fool has no fluidity of mind and is set in his ways. New opinions are rejected and opposed just because they don’t fit the accepted idea and concepts that the fool has adopted as hard truth. The fool’s arrogant certainty about everything is set in stone and even King Arthur would not be able to dislodge him from that position. The problem with the fool is that he doesn’t know enough to know that he doesn’t know about the things he thinks he knows. He hasn’t got enough self-awareness to realize that what he knows is only knows half the story.

“In the kingdom of the blind, the one-eyed man is king. ” Erasmus.

The fanatic is not a fool because he is a true believer in his cause but just like the fool, he feels absolute and resolute certainty in his belief. The fanatic refuses to hear and contemplate opposing views. You can find fanatics in all areas of life religion politics, media, and the entertainment industry. Fanatics can be leaders or followers, they are people who indulge in a toxic concoction of self-affirming, know-it-all attitude backed up by half-knowledge; they believe they have access to absolute truth, truth so perfect that they have to impose them on everyone.

It is not what they believe that makes them fanatics, it is how they believe it — no need to provide further evidence, no need to question or doubt. They operate in an irrational and emotional manner hiding their irrationality by rehearsed arguments that have been repeated and learned over time, not refreshed updated, or put to test. The truth does not matter anymore, repetition does.

Hence the critical role of the media who are guilty of spreading a certain type of sensational narrative that makes people either afraid or angry. Hence the need to look for a boogeyman to vent their anger on. Fanatics are highly emotional and rigid in their thinking. The problem with this is that nothing is really certain what is true today may not be true tomorrow.

The world is a masquerade. We are swimming in an ocean of stupidity.

According to Robert Greene what really causes human stupidity is not ignorance but half knowledge. When you are ignorant you are humble, you don’t put yourself out or volunteer to do something that you have no knowledge of. I know nothing about plumbing. Knowing that I am not going to suddenly try to fix the plumbing in my house when the tap leaks because that would be an act of rampant stupidity. Stupidity is actions that lead to unintended consequences, stupidity can lead to economic disasters, wars, and all kinds of unpleasant things.

Take the case of someone who thinks that they are pretty smart because they have read a few books and have done a few searches on the internet and on Wikipedia. Based on that initial research, that person goes into full action mode and makes important decisions having only seen half of the picture. People who are doing this, are generally falling into confirmation bias, they are looking for the kind of information that confirms their set-in-stone-belief. Low and beholds things don’t turn out the way they expected, chaos ensues, and bad things start happening. The problem is that that person became too certain. The little bit of knowledge that they’ve done makes them think they know the answer. They get filled with excitement, certainty, and conviction and they go charging into action and the opposite of what they expected happens. They react and make things worse and more unintended consequences occur with a kind of cascading effect. And now, they find themselves swimming in tumultuous waters.

People who know enough about a subject don’t actually feel so certain about it, because they realize that the situation is more complex, and therefore, they kind of tamp down the emotional surge, and enthusiasm. People who act outrageous based on their convictions are usually trying to convince themselves more than anything else. And if they can drag some unsuspected souls with them into that sea of ‘certainty’ all the better because it feels ‘safer’ to be wrong among the crowd than be right outside of it.

“Ideologies are substitutes for true knowledge and ideologues are always dangerous when they come to power because a simple-minded-I-know-it-all approach is no match for the complexity of existence.”

Jordan Peterson has an interesting solution to help people avoid unintended consequences following stupid acts. He calls it the death of stupid. Let’s say you are an animal, and you act stupid in the middle of the jungle. The result of your stupid act is that you die. Imagine that there is a box with a snake in it and your coffee cup is inside the box with the snake in it. Imagine you are picking up the coffee cup. Then the snake bites you and you die. Based on this, you decide that picking up the coffee cup with the snake in the box is probably not a good idea, so that stupid idea has to die instead of you. The idea is that human beings should develop several versions of themselves, several avatars. Then they should put those avatars in various simulations/scenarios to see which one of those scenarios/projections should die and which one should be given the time of day. If you are smart enough and you live your life like the Wise Man of Greece does, you should be humble enough to let your stupidity die before it kills you.

The world is a masquerade. The Wise Man is the only one that can save the day

“The only true wisdom consists in knowing that you know nothing.” Socrates.

According to the Wise Man of Ancient Greece, you may find the path to wisdom, if you start from a position of humility and if you accept the extent of your ignorance. A lot of us like to think of ourselves as pretty smart, rational individuals and funny too. But what if we’re wrong? What if we are just fools and fanatics completely blind to our own failings?

We should try to act more like the Wise Man of Ancient Greece. The Wise Man is humble in his knowledge, and because he knows that there are so many things that he doesn’t know he has doubts. The Wise Man understands that someone else may have knowledge that he doesn’t have, he is also able to think critically about things and will take time to look into things more deeply; and this could lead him to change his opinion on this and that. Nothing is set in stone. The Wise Man has a fluidity of mind; he is not rigid in his view and his pursuit of the truth will lead him to question everything. Be open to learn, unlearn and relearn.

And this my dear friend is your Quest.

If you wish to support my work you can purchase my book This is Your Quest online at BookLocker, from Amazon or from Barnes & Noble. The Ebook version is available on Amazon (Kindle), Barnes & Noble (Nook), Apple (iBooks) & Kobo. Check out my Amazon Author Page here or my listing on Booksradar.com

Joanne Reed is the author of "This Is Your Quest – Your Mission: To Experience Happiness Along the Way". Stories teach us about life, about ourselves, and about others. She discovered the art of blogging a year ago and writes about anything that nourishes and educates the mind with a zest of philosophy, plenty of good vibes, and this little je ne sais quoi.
« DOJ Issues Report Pursuant to Biden’s Executive Order on Digital Asset Law Enforcement
Blockchain & Healthcare — Where Are We? (Part 2 of 2) »

How “Imposter Syndrome” is killing your innovation and how…