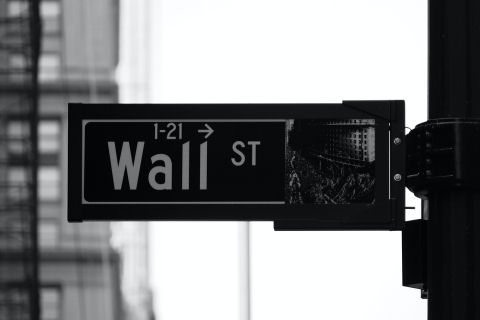 Economists are in agreement that the coming recession will be deep, lengthy and painful.

Make no mistake, a recession has already begun. The general definition of a recession is two consecutive quarters of negative economic growth. We’re past that.

And we all know it.

Recent consumer surveys show that average people expect inflation to get worse and last longer than what we’ve been told. This round of inflation has never been “transitory”, like President Biden, Treasury Secretary Janet Yellen and Federal Reserve Chairman Jay Powell arrogantly assured us last year.

But the Biden Admisntration is evading admission of an economic downturn to avoid disaster at the midterms next month. Confirming what is obvious – that the economy has failed to grow for the last two quarters, meeting the definition of a recession – is going to lead to political disaster for the Democratic Party and an extended period of economic pain for all of us.

Right now mouthpieces for various economic and political parties are telling anyone who will listen that the reason for the recent explosion of inflation is the COVID stimulus checks distributed to people in dire economic straits during the pandemic.

That idea might have some merit, but not much…

It’s easy to blame the “burden of the poor” for our economic problems, especially when understanding the causes of the coming economic downturn require a little technical knowledge and critical thinking. It wasn’t just sending relief checks to people struggling to feed their kids and avoid eviction during the pandemic that is generating the highest inflation we’ve seen in 40 years.

During the depths of the COVID recession, people were not using their stimulus checks to buy typical consumer goods. Instead they were just trying to get by.  Most people were buying food, catching up on rent, repairing cars and buying work clothes. Big screen TVs and European vacations were far down the list.

That’s not to say greed and dishonesty took a holiday.

But all of that money – the desperately needed as well and the greedily taken – is only a drop in the bucket compared to the oceans of money pumped into the stock market, like financial heroin into the veins of a currency addict.

More in that in a minute. First, a word on inflation.

Like everything else money is subject to the laws of supply and demand. When there is a lot of money sloshing around in the economy its value goes down.

When money is scarce its value goes up.

When the economy recovers from a recession there will be some modest inflation. A little inflation is not a bad thing. In fact it is a sign of good times.

That’s because during a recovery jobs are created, people go back to work, working hours increase and wages go up. People have more money than they did and buy things they could not afford during the recession. That means increasing demand. When demand increases prices go up.

That is why a little inflation is a good thing.

It shows that the economy is healthy, people are making money and creating demand because they are buying more than they did. Times are good.

Sometimes people save money instead of spending it. (China happens to be a country in which saving is very popular.) That too is a good thing because it creates a supply of money banks can lend to businesses to start new companies, create jobs and expand goods and services. All those things contribute to keeping the business cycle going and spreading prosperity.

But there is another much less healthy way that inflation can start and get entrenched. That is simply by giving money away…

It’s called Quantitative Easing, and it is the brainchild of Ben Bernanke, the former chairman of the Federal Reserve. Although the original idea came up in the middle of the 20th century Bernanke is the one who turned on the firehoses of finance in the years following the Great Recession.

Jay Powell has kept those spigots open ever since.

Simply put, quantitative easing means flooding the stock market with unimaginable amounts of money that has been created out of thin air. It is done by buying US Treasury bonds from the Federal Reserve.

It used to be called “printing money”, but most of our money is electronic now, which makes it much easier to create vast amounts of cash.

The Federal Reserve is the personal bank of the United States. It sets interest rates between banks, regulates the money supply and sells US Treasury Bonds.

A treasury bond is a debt instrument…

Treasury bonds are used by the Federal government to raise money to fund the government. After Congress agrees on a budget funded by a tax rate just short of the amount needed to avoid armed rebellion they look to borrowed money to finance promises to voters they hope will ensure their re-election.

This is where Treasury bonds come in.

They are called Treasury bonds because they are issued by the US Treasury. When you hear about the national debt you are hearing about how much money the federal government owes, mostly in Treasury bonds.

US Treasury bonds are very popular throughout the world because they are a safe bet — the United States is the richest country in the world and has never defaulted on its debts.

International banks and corporations buy US Treasuries, as do other countries, sometimes in huge amounts. Financial advisers suggest that 40% of your investment portfolio should be in US Treasury bonds because they are a very safe investment.

A bond trader at the Federal Reserve calls his counterpart at one of the gigantic banks like JP Morgan Chase, Wells Fargo or Citibank and offers to buy Treasury bonds. Say 50 million dollars’ worth. The bank representative says “Sure”. The Fed trader makes an entry into a computerized ledger and 50 million dollars — created out of thin air — appears in the banks’ reserve account held by the Fed. Another 50 million dollar entry, this time a debit in the form of a Treasury bond, is made into the computerized national debt ledger.

(Christopher Leonard will tell you all about the details of Quantitative Easing in his recent book, The Lords of Easy Money: How the Federal Reserve Broke the American Economy.)

The bank is loaning money to big Wall Street players at little or no interest who use that money to buy stocks, bonds and derivatives (more on derivatives in a moment). Taxpayers, of course, are on the hook for the national debt.

Speaking of the national debt, it’s been skyrocketing.

Here is what it looks like in a simple graph:

(Visit Committee for a Responsible Federal Budget for non-partisan analysis and information.)

Before 2008 large corporations were using Treasury bonds to park their money instead of investing in new businesses or expanding their operations and creating new jobs. Buying back existing Treasuries and issuing new ones was intended to encourage economic expansion and generate widespread prosperity.

It’s not working out that way…

It used to be that increasing value of corporations in the stock market meant having the funds to invest in new factories that create more jobs, or launching a new product line that would benefit the lives of consumers.

Zero interest rates and Quantitative Easing has given rise to a new word – “finacialism”. It means manipulating finance of large corporations to show value that doesn’t really exist or benefit anyone except stockholders and high level executives.

Large corporations have tons of free cash and are thinking up all sorts of new and creative ways to get rich. They buy back their own stocks, driving up the value of the remaining shares, for example. Nothing new is created — no jobs, no products, no consumer goods. But corporate officers receive huge bonuses.

They also buy out competitors, creating near monopolies in many industries. That kind of concentration raises prices, lowers employment and stifles innovation.

They also got involved in risky and complex financial shenanigans called derivatives.

After all, with all that free money coming from the Fed the consequences of a deal going bad are nonexistent. If they lose a pile of cash the Fed would soon be announcing another round of quantitative easing.

Most of us think of loans as a liability — a bill to pay. But loans are assets for those who own them. They have future value. Buying a loan is an entitlement to payments that creates a steady income stream. It’s a great way to make money, but there is a risk. Sometimes people can’t pay their loans.

So you and your partners offer insurance to the owners of the loans. The riskier the loan package, the higher the premium. Now sell shares of the insurance operation.

Notice that nothing of value is being created. Also not that the operation is a house of cards. One scheme fails and everything fails.

And so it goes. That’s derivatives. Not to worry. Another Quantitative Easing will soon be on the way.

So there is no risk. That’s called “moral hazard”. If we lose money on an investment – maybe we can’t make our car payment – nobody bails us out. So we have to be careful and responsible.

First, stocks became highly inflated. They are worth far less than their posted value. That’s because the money used to buy them appeared because of a few keystrokes, not because of underlying value of the stock.

That’s called a bubble when it happens any place else. The Dow Jones average quadrupled from 8,700 in 2008 to 36,000 in 2022, largely because of the hundreds of billions of dollars the Fed created and injected into it.

And that’s a huge contributor to the inflation we are now experiencing.

Here is what Larry Summers, highly respected economist, former Treasury Secretary and former President of Harvard University thinks about the situation we are facing:

“The Fed’s idea used to be that it removed the punchbowl before the party got good. Now, the Fed’s doctrine is that it will only remove the punchbowl after it sees some people staggering around drunk…We are printing money, we are creating government bonds, we are borrowing on unprecedented scales…In a super permissive fiscal environment, if inflation expectations are allowed to rise, the process of putting them back and restoring normality is likely to be uncontrolled, expensive and costly…”

A bubble is bursting. That bubble is a huge part of our economy.

Read more at VicNapier.com and my Medium.com page.

vicnapier Vic Napier has been studying and writing about economics, psychology and popular science since 2005. His main economic interests are labor markets, statistics, human resources and emerging technologies. He spent 15 years teaching Business, Psychology and Statistics to undergraduates and loved every minute. Vic loves living his dreams in historic Tucson Arizona in the beautiful Sonoran Desert. Visit his website at VicNapier.com and his Medium.com page at https://medium.com/@vic_13968
« Will AI Become The Most Loved or Hated Technology?
Investing in Pharmacies – Is this the Way to Go? »