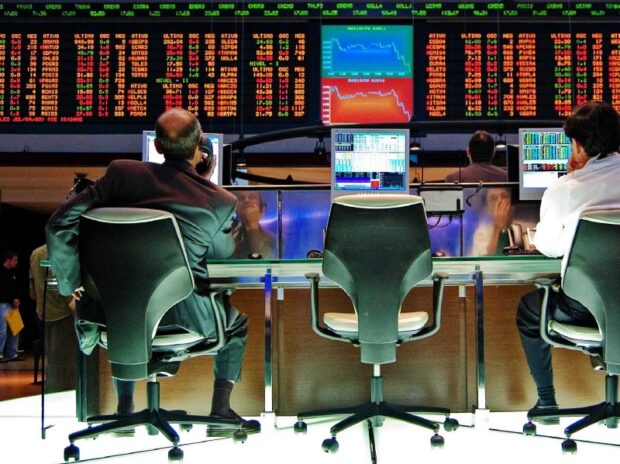 Explore how I’m trading one of the last remaining arbitrage strategies.

In recent years, the word “arbitrage” has been thrown around more and more, especially after the rise of cryptocurrencies. But most times, it is used incorrectly and describes strategies with far greater risks than perceived. So I’m going to make it right. Here, we go over trading an actual arbitrage in live markets.

Dual-Class arbitrage is one of the more simple forms of arbitrage. It involves making a profit from the difference in returns of stocks that have dual listings (e.g. “GOOG” and “GOOGL”, “BRK-B (Berkshire Hathaway)” and “BRK-A”). Let’s dive deeper into what that means.

Companies sometimes go public offering two classes of shares. Using Google, like in the example above, the Class A shares are represented by the ticker symbol(“GOOGL”) and the Class C shares are represented by the ticker symbol (“GOOG”). As is usually the case, this dual-listing is done so that the founders can retain disproportionate ownership of the company while still being public. Class A shares typically hold more voting rights, so founders and initial investors are usually the largest holders.

Because of this voting right advantage, sometimes Class A shares may cost more than Class C shares (e.g. Class A = $100, Class C = $99.75), this is normal and in line with expectations. However, both shares represent the same company and both shares usually have identical market capitalizations as there are no other differences.

The arbitrage opportunity exists when either share is over/under valued compared to the other. For example, if there is a very large market order for GOOG that pushes the price up by 0.50%, but no such order existed for GOOGL, then GOOG will be 0.50% more valuable than GOOGL. An arbitrageur will see this imbalance and short GOOG shares and long GOOGL shares. As the imbalance corrects, they make money from both legs with no directional risk. A true arbitrage.

Well, I am that arbitrageur.

Knowing that Google shares are the most liquid and can handle scaling up this kind of inefficiency, I loaded up the QGI Google Dual-Class Arbitrage Index:

The long-term average spread of this index is 0, so every time that it goes above my personal threshold (usually 0.25 or greater), I enter into a pairs trade. Since the over/under performer may change over time, the performance of each share is posted live. Again, the trade is to buy the shares that are underperforming, and short the shares that are overperforming.

In this case, GOOG is the “overperformer” and GOOGL is the “underperformer”. “Overperformer” translates to the stock which is holding itself up better than the other.

So, let’s go over how my last few trades went:

Each time the index rose above 0.25, I bought the underperformer and went short the overperformer. So far, I have only taken one trade per day for this strategy, but the spread widens continuously. If automated, this strategy can constantly read data from the index and scalp away the arbitrage without any manual labor. The returns can be even greater if traded along with the other arbitrage indices.

In the trades above, I made $9.18 on ~$1,000 of capital for a return of 0.92% (If using margin, then it’s $500 of capital for ~ a 1.84% return). The total combined holding time was 9 minutes. The maximum drawdown was non-existent as we are both short and long the exact same security, just different classes. Another reason for the non-existent drawdown is that trades are put on simultaneously.

Hypothetically, if I do nothing but trade this arbitrage once every 3 trading days out of the week (or at most, each day the index increases), then the returns are staggering:

As bizarre as it may sound, the very definition of arbitrage as defined by Nasdaq, is “Riskless arbitrage: The simultaneous purchase and sale of the same asset to yield a profit”.

The main risks to this strategy come from external factors, here are a few:

The reason for such a flat risk profile is that we are trading the same asset. Unlike standard pairs trading which trades correlated stocks which may run into correlation decay, dual-listed stocks are more than correlated, they’re intrinsically linked. The market capitalization of both shares must be the same as they both represent shares of Alphabet, Inc. When they go out of whack, the mispricing is corrected by trades such as these.

I was mainly inspired to try trading this manually by the tutorial below:

Now that I now it can be done by retail traders, I plan to do a deeper dive on automating this strategy across multiple stocks. You’ll be able to find it on The Quant’s Playbook!

If this whet your appetite, and you’d like to read more like it, head over to The Financial Journal; home to the best stories and updates on side hustles, financial markets, and more!

Quant Galore Quantitative trader writing about markets and strategies for all those interested.
« The Cloud is More than Streamlining Operation
Starting a corporate spend solution for SMEs: 3 practical tips »