Just when it looked as if crypto was going to suffer another week of painful losses, markets rebounded strongly on Saturday to end the week marginally higher overall in terms of market capitalization. Prior to the recovery, Friday saw Bitcoin falling below $6000, coinciding with the final day of the CME Group’s futures contract, and thus continuing the trend of sell-offs as the futures expiration date approaches.

Facebook has decided to partially reverse its decision to ban cryptocurrency adverts on its site. Back in January, Facebook decided to halt “financial products and services that are frequently associated with misleading or deceptive promotional practices, such as binary options, initial coin offerings, or cryptocurrency.” But last week, it announced it will that allow pre-approved crypto companies to advertise on the site, although it seems that the ban will still remain in place for ICOs.

Nevertheless, the news should be strongly bullish for crypto markets, having faced a raft of bans this year from several tech giants including Google and Twitter. It is also fueling speculation that Facebook itself might be gearing up for its own venture into the space. In May, it announced it will lead an exploratory blockchain group that will report directly to the company’s CTO, Mike Schroepfer. And according to The Economist, there have been rumors about Facebook buying Coinbase.

A recent Techcrunch report shows that during the first half of the year, more than a thousand crypto projects have been classed as “already dead”. Using data from Coinopsy and DeadCoins, the report catalogues those projects that are considered “abandoned, scammed, website dead, no nodes, wallet issues, no social updates, low volume or developers have walked away from the project.” Some of the more well-known projects to have suffered this fate include Bitconnect, which was shuttered in January and which is described by Coinopsy as “the most successful ponzi-scheme in crypto so far,” as well as the recent Titanium ICO, which was shut down by the SEC.

And yet despite the raft of dead projects, ICOs continue to rack up record numbers in 2018. A joint report from leading consulting firm PwC and the Swiss Crypto Valley Association shows that between January and May 2018 alone, ICO volume is already twice as much as it was during the entirety of last year. According to PwC Switzerland, “In total, 537 ICOs with a total volume of more than $13.7 billion have been registered since the beginning of the year. In comparison, in 2017 there were a total of 552 ICOs with a volume of just over $7.0 billion. Also, the average size of an ICO has almost doubled from $12.8 million to over $25.5 million since last year. “Telegram and EOS are given special mention by the report as being responsible for introducing the era of ‘ICO Unicorns’, having respectively raised $1.7 billion and $4.1 billion.

The report additionally mentions the US, Switzerland and Singapore as key global ICO hubs, with the UK and Hong Kong having gained significantly ground in recent months.

Interestingly, three models of regulation for the space have also been identified as having emerged: the US (securities-driven), Europe (balanced) and Asia (binary). And in terms of competing with traditional VC funding, the report looks upon ICOs favorably, especially in technology and blockchain-related start-ups, while hybrid models (combining classic VC/PE funding and ICO) “are increasingly establishing themselves as a valid funding alternative”

The end of the week also saw the European Parliament release its in-depth research into “Virtual currencies and central banks monetary policy: challenges ahead.” Among its findings, the study concludes that despite their technological advances and global reach, cryptocurrencies are far from being able to challenge the dominant position of sovereign currencies and the monetary policies of central banks, especially in major currency areas. Although in some extreme cases, such as “during periods of hyperinflation, financial crisis, political turmoil, or war”, digital currencies could be useful as a means of currency substitution in individual economies.

Another challenge highlighted by the report is the anonymity provided by digital currencies to their users. This remains a key reason why financial institutions are yet to warm up to the space, as it makes financial crime such as money laundering significantly easier to carry out. That said, countries are beginning to adopt more stringent Know Your Customer (KYC) policies in order to counter such activity.

And finally, some amusing speculation arose last week over the possibility that the elusive Bitcoin creator Satoshi Nakamoto is alive and well, and that he is planning on releasing a book addressing Bitcoin’s origins, as well as answering some commonly asked questions about the cryptocurrency. A post surfaced on Friday on a website called the Nakamoto Family Foundation – a domain that was anonymously purchased last week using Amazon’s domain registrar – which discusses excerpts from the book that promises to be “a short story if you will, with some of the most brought up questions and answers. I wanted the people and the facts to be known.”

The authenticity of the post remains unverified. Many have tried – and failed – to unearth the real identity under Nakamoto’s pseudonym, while several people have come forward claiming to be Nakamoto. Conspiracy theories continue to abound as to the identity of the mysterious Bitcoin founder. Interestingly, this new post hints at the possibility that Nakamoto is in fact a group of people, “I will say this though, consider for a moment the distinction; as to whether I had help or was part of that help in creation, and then separate that from the person who followed, which for the most part, was very consistent.” But given the unverified nature of the post and its many outlandish claims, there is little to suggest that the latest buzz surrounding Nakamoto is authentic. 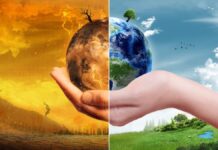