Engage Profitably on a Nonprofit Basis 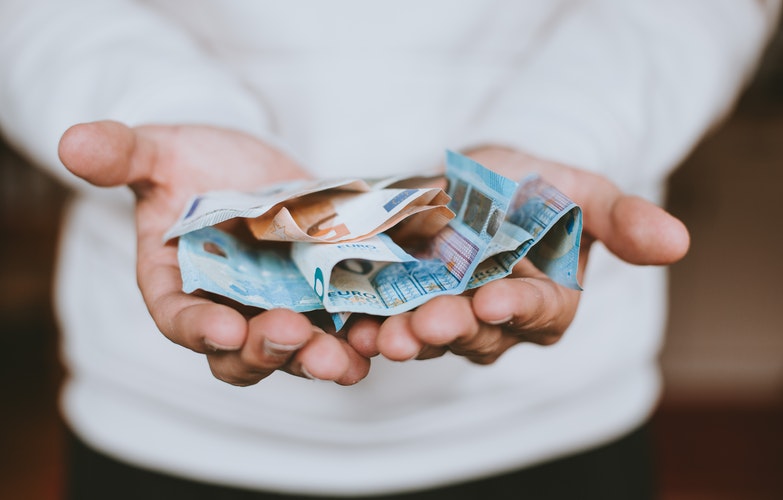 Nonprofit groups have a challenging business model that ebbs and flows. Holiday seasons are more profitable times when their communities are in a giving mood.

Organizations that lay the groundwork throughout the year will succeed in prime times, which Kristyna Torres-Cruz knows well. She is a speaker, instructor, social media-savvy entrepreneur, and nonprofit advocate.

Torres-Cruz and sales and marketing expert Aaron Kilby talked about nonprofit campaigns, particularly at the end of the year.

Surprisingly, for-profit companies and nonprofit groups overlap in their approaches.

“When it comes to social media, nonprofit and for-profit actually should do a few things similarly,” Torres-Cruz said. “Remember, the first word of social media is social– no matter what your business is.

“Now when it comes to differences, we target different audiences between nonprofits and for-profits, as well as have different goals,” she said. “Typically, for-profits aren’t looking for volunteers or board members in their posts.”

Nonprofits have stories to tell. They can readily show how they helped make the world a better place, thanks to the help of specific members of the community. That’s the opportunity to name drop. People like to read about themselves and other people.

“The most important aspect for nonprofits on social media — and most media — is showing the impact they make with the dollars and volunteer hours they receive,” Torres-Cruz said.

“Show your impact,” she said. “Without telling where your dollars are making a difference recently, your donors will find another place to go.”

There are four myths in end-of-year campaigns that can hurt nonprofits.

“First, don’t think campaigns such as Giving Tuesday only take quick, minimal planning,” Torres-Cruz said. “False. Make a full campaign to be successful. A couple of tweets saying you need donations won’t bring anything in.

“Create an actual plan with a content calendar and a countdown to your campaign date,” she said. “Give your audience the chance to get excited, get involved and share what you’re campaigning for.”

Maximize strategic planning by creating a goal around your campaign.

“Is the goal monetary? Is it to recruit board members? Find interns? Find sponsors?” Torres-Cruz said. “Start with a concrete goal — and not all of these things.

“Make it easy for your volunteers to share and support,” she said. “Create images for them to share. Write the posts for them. Send them exactly what they need to do. Don’t leave it up to them. The easier, the better, the more success.”

Another campaign myth is that you can set it and forget it.

“You can’t do that,” Torres-Cruz said. “Posting it up and walking away isn’t how you foster relationships needed to keep the momentum going. Engage your audience in how close you are to your goal. Inspire them to be a part of the process.

“When your audience feels like they are a part of a moving process, they will be more inspired to share and support,” she said. “Engage with them.”

That led to campaign Myth 3: You can post the same thing on every channel and always see success.

“False,” Torres-Cruz said. “You need to evaluate who your audience is on each channel and speak to that audience specifically.

“Your board members probably hang out on a different channel than your interns than your event committee and even your staff,” she said. “Determine who you’re talking to first before choosing where to post.”

Each social media platform has its own peccadillos that demand a personal touch.

“Is your audience on Facebook the same people on Instagram? On LinkedIn?” Torres-Cruz said. “Are they looking for a different message on each of those platforms? Probably. Don’t copy and paste.”

The last myth is that donors get annoyed with one more nonprofit campaign that asks for anything.

“False,” Torres-Cruz said again. “Most people are looking for a place to support during the holiday season, and make their last – big — contribution.

“Remember, if you don’t ask, there is zero chance of support,” she said. “Giving Tuesday is a global event. Why not make it awesome? If you don’t ask, people will donate to someone who did.”

Checklists with monthly tasks will lead to successful nonprofit campaigns.

Make sure your nonprofit stays involved and engaged throughout the year. Hibernating for nine months and suddenly emerging altruistic just in time for the holidays will ring hollow no matter how you portray it.

Torres-Cruz recommends these tasks for a good campaign:

“Make it easy for your volunteers,” Torres-Cruz said. “Create everything for them. Ask your board, ‘Where can I plug in?’ rather than assigning tasks — especially during the holiday season. It could just be one thing off your to-do list.”

End a giving season with a punctuation mark.

“Thank people — and not just a general message,” Torres-Cruz said. “Make it unique. Send individual thank-you videos. Give shout outs on social media. Support your sponsors after they’ve done the work. Send an update of the impact the campaign made out to the community.”

The media also is an important element before, during and after a nonprofit campaign.

“Media is slowest the week between Christmas and New Year,” Torres-Cruz said. “Take advantage of that. “Send media pitches and releases to use during this week. They’ll likely use it.”

Media pitches to smaller community newspapers will work best. Larger metro papers might claim to serve the community, but they get parochial about accepting outside submissions.

Jim Katzaman is a manager at Largo Financial Services. A writer by trade, he graduated from Lebanon Valley College, Pennsylvania, with a Bachelor of Arts in English. He enlisted in the Air Force and served for 25 years in public affairs – better known in the civilian world as public relations. He also earned an Associate’s Degree in Applied Science in Public Affairs. Since retiring, he has been a consultant and in the federal General Service as a public affairs specialist. He also acquired life and health insurance licenses, which resulted in his present affiliation with Largo Financial Services. In addition to expertise in financial affairs, he gathers the majority of his story content from Twitter chats. This has led him to publish about a wide range of topics such as social media, marketing, sexual harassment, workplace trends, productivity and financial management. Medium has named him a top writer in social media.
« Good Investments Leave No Doubt
Infographics Digest  Vol. 8 – The Future of Healthcare »