Home Finance Defy the Myths That Kill Your Retirement

The question is simple: Are you 100 percent certain you’ll have a great retirement, or do you have doubt?

In the last decade that uncertainty was driven home when the economic collapse decimated retirement accounts by as much as 40 percent.

Douglas Eze has no doubt, nor is he uncertain.

“If I could show you how to get out of debt in nine years or less, is that a conversation you want to have?” he said.

Eze is president and CEO of Largo Financial Services. In two decades he entered, learned about and succeeded at financial services. He also has a plan to guide average Americans to their own financial freedom.

That was why Eze wrote, “Generational Wealth: What the Super Wealthy Know That You Need to Know.”

His vision on paper is now aided by an app for budgeting and to help control discretionary spending. The new technology will assist American families still trying to recover from the devastation of the Great Recession.

The new economic reality is stark. According to First Financial Education Centers, out of every dollar, Americans spend 34 percent on interest such as for mortgages and credit cards. Another 40 percent goes to taxes of all types.

That leaves 23 percent for lifestyle and a mere 3 percent – if any — for savings.

“What’s wrong with this picture?” he asked.

Thanks to financial insight – and the help of technology – Eze and his team have found that a slight adjustment in funds allocation makes a world of difference.

Reducing – not avoiding – taxes and interest by a combined 22 percent lets the sample couple raise their lifestyle allocation to 33 percent of each dollar and savings to 15 percent. In the course of their careers, what would have been $60,000 in savings could instead be more than $1 million.

The numbers add up, and Eze is an example of how hard work pays off – not the proverbial overnight success.

At age 24 – a few years after emigrating from West Africa — he was waiting tables at IHOP when a customer passed him her card. She asked if he was interested in financial services. Through the years his interest turned into ambition and a passion.

“My mission is to help clients discover their path toward wealth and financial independence by improving their financial intelligence,” Eze said.

“When it comes to their finances, I help people change their lives,” he said. “Everyone works – for one reason or another – to make a living and take care of his or her family.”

In Eze’s view, no matter how much breadwinners try, they are handicapped by not knowing the rules of the money game.

“I enjoy helping folks,” he said. “I show them how they can accomplish their goals. They can secure their financial futures by using a pragmatic, common-sense approach. That’s what truly drives me.”

“Part of the challenge is breaking the myth of not being able to attain wealth,” Eze said. “Most people don’t see themselves positioned for wealth or have already lost hope.

“People are accustomed to doing the same thing over and over until they feel it’s the right way,” he said. “But the way they have been taught is not necessarily correct.”

These mistakes compound through generations, especially when money and finance are not taught in school or part of dinnertime conversations.

“We are uncomfortable talking with our children about wealth,” Eze said. “We don’t talk with them about money because no one talks with to parents about anything other than stocks and real estate.”

Not everyone can invest, nor do wealthy people retire from buying stock, according to Eze. Those assets are held and passed to children. Personal retirement security comes from other savings.

“I continually research and learn about people who have already proven they have done well financially,” Eze said. “I know about new ideas, tax laws or anything that impacts wealth growth.

“I try to stay ahead of the curve,” he said. “I network with very successful financial advisors who do things I want to do. I learn from them.”

Wealth lessons do not come easy but they are essential today and for years to come.

“I want my children, grandchildren, and generations that follow them to understand that their inherited wealth did not come easily,” Eze said. “Those children need a historical perspective.

“They must know their great-great-great grandfather was an immigrant from Africa,” he said. “He came into a country, worked hard, earned everything he had and understand why he did what he did.”

For more information about breaking free from debt and creating a secure retirement – along with the financial app – visit the Largo Financial Services website. 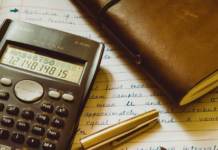