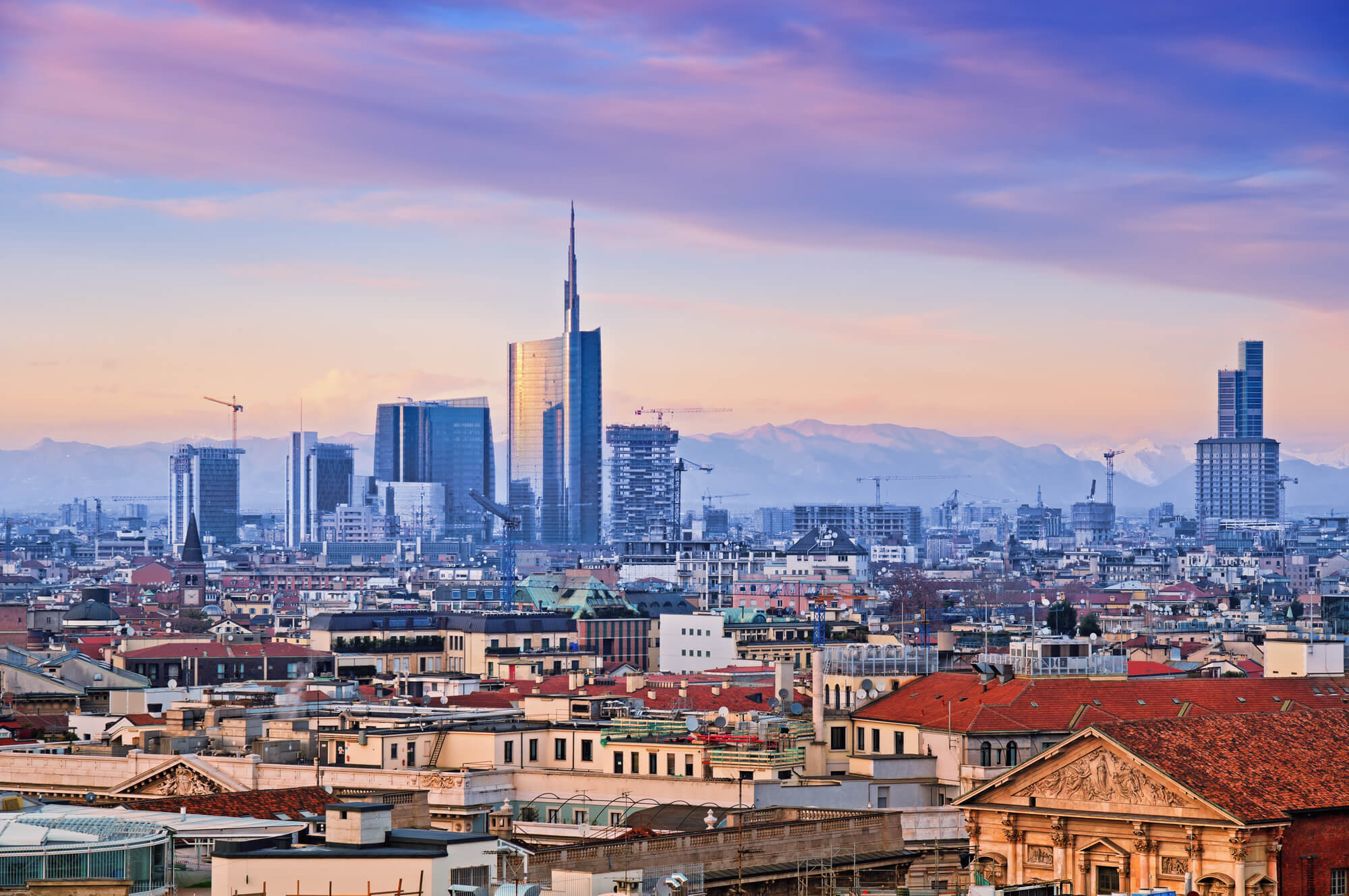 My proprietary net positive scoring (NPS) process has in recent weeks ranked both Turkey and Italy somewhat surprisingly well. In the last few days, however, the scores have diverged, and markets seem to be taking a relatively more sanguine stance on Turkey. Hopefully, the war of words between the new Italian government and European Union officials in Brussels quiets down a bit, as the back and forth is not taken well by markets.

Italy is in the midst of a growing crisis of confidence that is additionally complicating its fiscal woes. The new government submitted its budget to Brussels, targeting a 2.4% deficit as a share of GDP, exceeding the commitment of its predecessors. I have written in the past that even this fiscal package could still (albeit extremely slowly) start decreasing the country’s excessive accumulated debt (of over 130% of GDP).

Rome and Brussels should, in my view, strike a less confrontational tone in order to assuage markets, lest they demand an ever-increasing premium (risk spread) from Italy to finance its sizable debt. If this spread over less risky debt (such as Germany’s) continues to increase, Italy’s fiscal problems could spiral out of control.

If the new Italian government wants to stimulate the sluggish economy through fiscal means, everything else being equal, it needs to convince the markets (probably only with assistance from Brussels) of its creditworthiness. Otherwise, any stimulus the Italian government ends up providing will be more than offset by the higher interest burden, and the country will fully enter a vicious cycle of ever-increasing deficits, interest burden and debts.

I trust the Italian government to understand that the euro (despite whatever shortcomings it may attribute to the common currency) is keeping a lid on such a potential debt spiral. If not, they should just ask their Turkish counterparts, as that country further south still has its own currency, ironically also called the lira.

In countries with their own floating currencies, this is one of the variables that must absorb (and in a vicious cycle generate) a lot of the macroeconomic volatility. With its immense liquidity, this is certainly the case of the Mexican peso among emerging markets. It has also been evident in the Turkish lira in this turbulent year for that country.

Italian policymakers, as well as households, should be grateful to currently be spared this additional source of macroeconomic volatility. I am absolutely convinced that if Italy still had its own lira, it would be extremely weak this year, and the country’s interest rate burden would be likely a multiple of what they are now facing. Inflation would gallop in what Ray Dalio calls an inflationary depression environment, causing incremental ‘devaluationary’ pressures on the lira.

This devaluation begetting incremental inflation in turn putting additional downward pressure on the currency was precisely was Turkey was suffering from until just a few short weeks ago. The central bank mustered enough credibility to contribute to the arresting of this vicious cycle, and the Turkish lira has bounced smartly, which will ease inflationary pressures. My NPS process correctly identified the inflection point, and let us hope for that country that the vicious cycle has indeed been stopped.

But Turkey’s sovereign debt pales in comparison to Italy’s (both in absolute and, more importantly, relative terms to the respective GDP). The majority of Italy’s bonds are held by domestic entities and investors. This is arguably an important positive, and it should keep the government from entertaining non-orthodox thoughts of debt restructuring. It is unimaginable how abandoning the euro to restore the Italian lira could be handled in any orderly fashion.

Some rhetoric often argues that European countries would benefit from a recovery of fuller economic sovereignty by doing away with the euro. Italy, in my humble opinion, is almost a poster child for a country for which that would not be a good thing (most definitely not a net positive). Any doubt policymakers have should be cleared if they chat with their Turkish colleagues, who have had to contend with a much more challenging situation, despite a much lower sovereign debt burden and more favorable demographic and economic growth characteristics.

In any case, the Turkish net positive score has continued to improve, its lira has recovered sharply and its volatility has eased. Italy’s NPS has deteriorated of late (though it remains positive), as the news has turned (somewhat surprisingly) incrementally negative. My bet remains that Rome and Brussels will jointly see the light.

An outside-the-box idea might be for both parties to agree on some fiscal flexibility (with some contingent funding for social programs to come in the event that market credibility is regained and the spread Italy must pay for its sovereign debt over that of Germany reaches a more sustainable lower level).

Just to put some things in perspective. Market commentators and analysts are currently alarmed, as Italian ten-year (10Y) sovereign debt edges ever closer to 4% and Moody’s Investor Service cut the country’s debt rating to just one level above junk. Still, the 300 bps. risk spread Italy must pay over Germany is nothing compared to the rates Turkey, let alone Argentina, must endure. Obviously not and apples-to-apples comparison, but Italy’s 10Y debt doesn’t yield much more than that of the US, and the world’s largest country by GDP must pay over 300 bps. more than Japan for 10Y funds (and over 270 bps. more than Germany).

Turkey, in order to be able to borrow in its own lira, must pay some 18% (that’s nearly 1500 bps. more than Italy). If Italy’s debt sustainability dynamics get complicated at current interest rates, imagine what would happen if it had its lira back and was forced to pay the kind of interest rates prevalent when it had its own currency  (or anywhere close to what Turkey, let alone Argentina, must pay). Bear in mind that the latter two countries have a much lower sovereign debt burden than Italy, although they are ‘emerging’ economies with many problems of their own.

No amount of fiscal stimulus could ever offset the fiscal burden Italy would suffer if it did not enjoy the ‘protective umbrella’ of the euro and had to pay market interest rates on its massive debt. In the meantime, as Turkey achieves better incremental results (and a better NPS) than Italy, I am increasingly confident on BBVA (the Spain-based multinational bank with meaningful exposure to Turkey). Investors should also consider the iShares MSCI Turkey ETF (TUR).

Originally published at seekingalpha.com on October 21, 2018.

Claudio Brocado Claudio Brocado is a seasoned financial professional with substantial corporate finance experience, followed by over twenty years in the financial services industry — sell-side as well as over sixteen years on the buy-side, including firms such as RCM (now Allianz Global Investors), Putnam, Fidelity and Batterymarch, an affiliate of Legg Mason. Mr. Brocado has substantial global expertise and interests (complemented by formal studies in foreign languages and literatures) and enjoys a strong understanding of multiple cultures and intercultural communications. He has Bachelor of Arts with a double major from Washington State University (in Hotel and Restaurant Administration and Foreign Languages and Literatures) and a Masters in Business Administration from the University of California, Irvine. Starting in 2014, Claudio (now officially retired) spends much of his ‘professionally-oriented’ time performing research on and investing in global financial markets — developed and emerging — with a long-term (5-year-plus investment horizon). Having grown up in Mexico, and with extensive contacts at all levels of industry and financial services throughout Latin America, Mr. Brocado can provide value added to global investors participating in the region. Claudio is the author of the book “Against #shortermism” - A few lessons on the importance of a long-term corporate culture. He publishes frequently on LinkedIn, Seeking Alpha and Medium (including their specialized “Data Driven Investor” platform). Mr. Brocado is also a member of the Board of Directors of Young Investors Society (YIS.org), a US-based non-profit organization focused on improving the financial literacy of high school youths in the US and a growing number of countries.
« DDI Blockchain Weekly (October 15th – 21st)
Break the Stranglehold of Debt »