An Uphill Battle: Investment Culture Finds Its Match in Germany 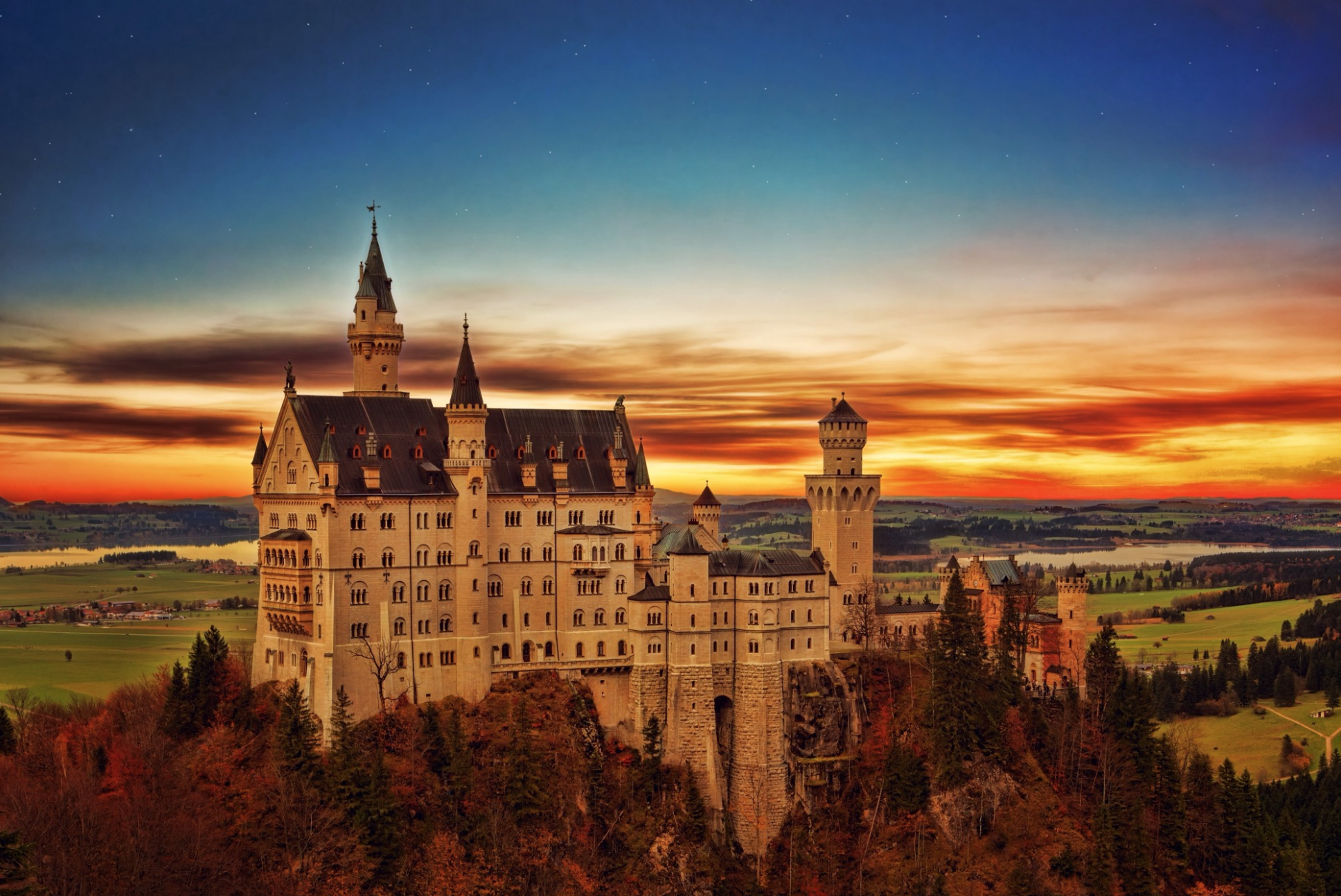 This is the second installment in my new approach of collaboration with friends and family to supplement my own (admittedly still relative meager) knowledge base. After the piece with the great Geoff Dennis, this time it is my son Anthony making a much-appreciated guest contribution.

Anthony works full time, but in his spare hours is an avid follower of geopolitical matters. He majored in Criminal Justice, before going on to study International Business Management, and always enjoyed all his coursework having to do with politics. His keen insight into political developments have repeatedly humbled me.

As I have written before, I for a long time decided to steer clear of politics, given the field is clearly not within my core competencies. It is, in my view, in Anthony’s. Thus, I will be turning to him from time to time for political analysis. Very contrary to me, he saw both the Brexit referendum and the November 2016 US election going the way they ultimately did. Before turning it over to Anthony, I wanted to share a few thoughts on recent German news coverage of BlackRock (BLK).

BlackRock has been in German headlines more than ever in recent weeks…Why? For those not versed in German politics, the answer may be quite surprising. It’s not that ETFs have suddenly become all the rage on this side of the Atlantic. As it seems to be the case more often than not, it is when there’s bad news (or the potential for bad news, or something that may be put in a negative light), when a country or a company seem to make the most headlines in another country.

And no, it is not that there’s any particular bad news surrounding BLK. The reason the globe’s largest money manager is making headlines is that Friedrich Merz, the chairman of BlackRock’s small German subsidiary, is running for the top job at the CDU (the party heretofore chaired by German Chancellor Angela Merkel).

Merkel recently decided not to stand for reelection as party leader (Chairperson) in the upcoming CDU December 7 party convention. Just to clarify, Merkel does intend to serve out her full term as German chancellor until the next national election currently scheduled to take place by October 24, 2021.

The three leading candidates to replace Merkel as official head of the CDU are Annegret Kramp-Karrenbauer (a mouthful, I know, so she is also known simply by her initials, AKK), Jens Spahn and Friedrich Merz. The latter had left the party leadership ranks after the 2009 general election, but a lot more on him below from Anthony.

I have clearly not been known historically for talking down exchange-traded funds (ETFs). I’ve written articles on LinkedIn both praising them and highlighting some of the negatives. Part and parcel of my NPS (net positive scoring) process is to note that there are always positives, as well as negatives, to most issues, and the key is to assess the net positives (or negatives, as the case may be).

In general, I believe that ETFs (a large part of BLK’s business) are a net positive for financial markets, promoting low-cost access to markets for a large segment of the relevant population.

BlackRock is by no means a company lacking transparency. While the German press has called Larry Fink (BLK’s chairman and CEO) “publicity shy,” he writes a very public annual letter to CEOs, in which he calls for improvements in corporate responsibility, corporate governance and long-term thinking, among other objectives arguably admired in Germany. Moreover, BLK itself is listed on the New York Stock Exchange, again arguably, one of the most transparent global bourses in which shares of stock are transacted.

We have seen press references in Germany going as far as calling BlackRock a hedge fund. Unfortunately, the financial industry has possibly an even worse reputation in Germany than in the US. Particularly investment banking, the capital markets in general, and the stock market in particular, are not necessarily something people all-too-proudly boast of being associated with.

Moreover, it doesn’t cease to irritate me that the term most often associated with investing in the stock market in Germany is the equivalent of speculating! This arguably cultural trait contributes to the Merz candidacy being somewhat tainted in the eyes of many Germans. The leading contender so far is AKK. For more on all the political angles, let’s turn it to over Anthony.

Born on November 11th, 1955 in Brilon, North-Rhine Westphalia, Friedrich Merz rose to prominence in German politics as the Leader of the CDU/CSU Parliamentary Group in the German Bundestag from 2000 to 2002, having previously served as a Member of the Bundestag for the CDU representing the Hochsauerlandkreis, a district in the east of North Rhine-Westphalia, from 1994 to 2009. Merz also spent time dabbling in European politics, having served as a Member of the European Parliament for Germany from 1989 to 1994.

Merz studied law at the University of Bonn, and after finishing his education in 1985, became a judge in the city of Saarbrücken in the German state of Saarland. After quitting this position in 1986, Merz went on to become an attorney-at-law. Married to a fellow judge, Charlotte, with whom he has three children, the Merz family lives in Arnsberg, a town in the Hochsauerland district of North Rhine Westphalia, near the cities of Bochum and Dortmund.

After being elected to European Parliament in 1989, Merz served on the Committee on Economic and Monetary Affairs and on the Parliament’s Delegation for Relations with Malta. In the 1994 German Federal Elections, Merz was elected to represent Hochsauerland in the Bundestag, where he served as a member of the Finance Committee. Four years later, in 1998, Merz was elected Vice Chairman, and two years later, in 2000, Chairman of the CDU/CSU Parliamentary Group, succeeding the close Merkel-ally, former Finance Minister and current President of the Bundestag, Wolfgang Schäuble.

Under Chancellor Gerhard Schröder of the German Social Democrats, the SPD, Merz served as Opposition Leader in Parliament. From 2002 to 2004, Merz was replaced as Leader of the aforementioned parliamentary group by Angela Merkel. Thus, Merz would again serve as Vice Chairman until 2004. During this time, Merz also served on the Executive Board of the CDU. From 2005 to 2009, Merz served on the Committee on Legal Affairs. In 2007, however, Merz decided to announce his taking time off from active politics, announcing he would not be running for reelection in the 2009 General Elections.

During his hiatus, Friedrich Merz has taken up positions on countless corporate boards, including those of the Cologne Bonn Airport, BlackRock Germany, Bosch, HSBC in Germany, AXA, IVG Immobilien, Stadler Rail, Ernst & Young, Winterthur Group, the Borussia Dortmund football club, and the Deutsche Börse, to name a few.

In November of 2017, North Rhine Westphalia’s Minister President, Armin Laschet, also of the CDU, reopened the door to active-duty politics for Merz, choosing to appoint him as the Commissioner for Brexit and Transatlantic Relations on an unpaid basis.

Upon Chancellor Angela Merkel’s recent announcement that she no longer intends to run for the position of Leader of the Christian Democrats, the race for the top position in Germany’s most popular political party quickly developed into a de facto three-way race between the aforementioned Friedrich Merz, who stated his intent to run just minutes after the Chancellor’s announcement, as well as Merkel-ally Annegret Kramp-Karrenbauer (who is colloquially referred to as Merkel 2.0 or Mini-Merkel) and current Health Minister Jens Spahn, who has traditionally been seen as one of the Chancellor’s biggest rivals within her own party, due largely to their divergence on central issues such as the topic of migration.

As the trio has taken to campaigning, Kramp-Karrenbauer has quickly positioned herself as the favorite for the position, while Merz and Spahn have taken turns alternating between 2nd and 3rd place according to opinion polling. Merz has been frequently attacked over the fact that he is unknown to a substantial segment of the voting population, due to the fact that he has been largely-absent from frontline politics over the past 9 years. Furthermore, German media have zeroed in on Merz’s ties to big business, which has been used against him, with his having generally been painted as a wealthy elite who seeks to further liberalize Germany at the potential expense of the proverbial “Little Guy”. Particular focus has been placed on Merz’s ties to BlackRock, which the German mainstream press has labeled as the epitome of unbridled, soulless capitalism.

With BlackRock Germany’s Munich offices having been raided in early November as part of a tax fraud probe, as well as Merz’s recent statements concerning his mulling over changing the German Grundgesetz, Germany’s Constitution, over the issue of asylum, Merz’s chances seem to be growing slimmer rather than better; this is unfortunate to be sure, as Germany could very much use a true Conservative at the helm as European politics become ever-more extreme and polarized, the EU arguably stands on the precipice and Germany’s economy begins to slow down, while threats of tariffs loom from across the Atlantic.

Claudio Brocado Claudio Brocado is a seasoned financial professional with substantial corporate finance experience, followed by over twenty years in the financial services industry — sell-side as well as over sixteen years on the buy-side, including firms such as RCM (now Allianz Global Investors), Putnam, Fidelity and Batterymarch, an affiliate of Legg Mason. Mr. Brocado has substantial global expertise and interests (complemented by formal studies in foreign languages and literatures) and enjoys a strong understanding of multiple cultures and intercultural communications. He has Bachelor of Arts with a double major from Washington State University (in Hotel and Restaurant Administration and Foreign Languages and Literatures) and a Masters in Business Administration from the University of California, Irvine. Starting in 2014, Claudio (now officially retired) spends much of his ‘professionally-oriented’ time performing research on and investing in global financial markets — developed and emerging — with a long-term (5-year-plus investment horizon). Having grown up in Mexico, and with extensive contacts at all levels of industry and financial services throughout Latin America, Mr. Brocado can provide value added to global investors participating in the region. Claudio is the author of the book “Against #shortermism” - A few lessons on the importance of a long-term corporate culture. He publishes frequently on LinkedIn, Seeking Alpha and Medium (including their specialized “Data Driven Investor” platform). Mr. Brocado is also a member of the Board of Directors of Young Investors Society (YIS.org), a US-based non-profit organization focused on improving the financial literacy of high school youths in the US and a growing number of countries.
« Rootstock protocol will pave the way for a smarter Bitcoin
What Can You Learn By Googling Yourself? »