Rootstock protocol will pave the way for a smarter Bitcoin 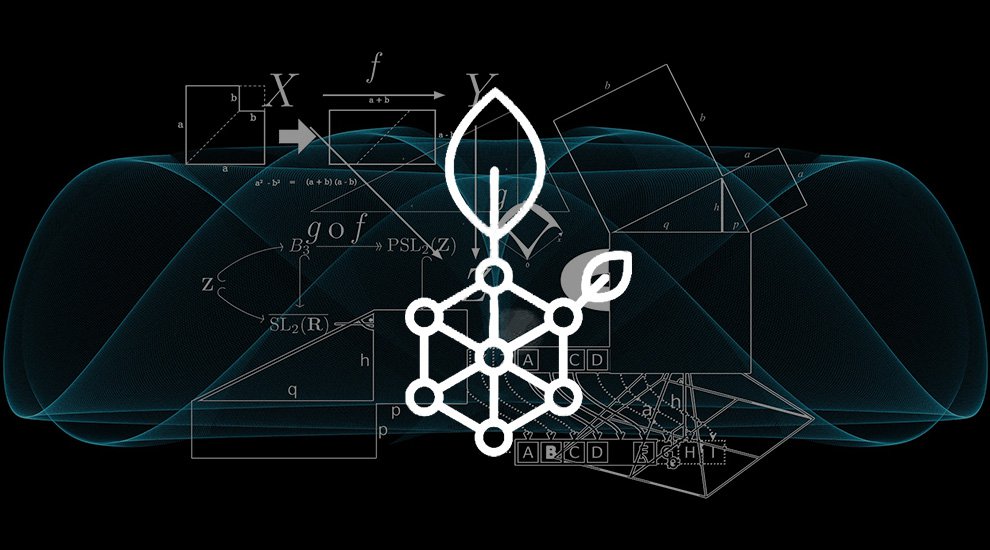 The pioneer of the digital currencies, Bitcoin, has undoubtedly been the anchor of the whole Crypto movement. Despite its obvious functional limitations like scalability issue & transaction costs, it is the only Crypto coin which has seen any kind of mass adoption. The hype (late 2017) and the subsequent crash of Cryptocurrencies this year is now behind us and while Bitcoin has lost almost 80% of its price-value, it has come out much stronger than the Alt.coins, with multiple sidechain solutions addressing the problems of scalability, privacy & transaction costs. The Crypto movement going forward will be dictated by the real-world applications and use case value of these digital coins, a lot of which might not survive.

Bitcoin has never been a platform for dApps (decentralized Apps) – that crown has always gone to Ethereum thanks to its powerful scripting language Solidity. Any such support added to the Bitcoin would mean a fundamental change to the infrastructure of Bitcoin blockchain, but would provide great long-term prospects. Could there be an easier way – This is where Rootstock (RSK) comes in the picture, a smart contract solution for Bitcoin. RSK is an open source protocol which was initially proposed in 2014 followed by a White paper launch in 2015 by Sergio Demian. Rootstock is being released in stages with the latest being mainnet launch of Bamboo in January 2018 which addressed a number of improvement proposals.

RSK is basically a two-way peg sidechain solution to main Bitcoin blockchain network. Sidechain solutions have become pretty popular way addressing some of the inherent weaknesses with the Bitcoin platform without uprooting the whole infrastructure of the network. The protocol has been devised with the following features:

1. Bitcoin-friendly: Rootstock does not mint or pre-mine coins separately, rather, employs its own pegged coin called Smart Bitcoin (SBTC) which is backed by the Bitcoins on the main network. Therefore, only Bitcoins will always be used for this process. The conversion will work like any other stablecoin where 1 SBTC = 1 BTC. For every transfer, BTC is locked on the main blockchain & the corresponding amount of SBTC is unlocked on the RSK sidechain. Once the transaction is completed, the transfer is reverted back to the main blockchain, SBTC gets locked & BTC is unlocked. This transfer is necessary BTW, since primary blockchain cannot verify transactions on a separate blockchain (for now).

2. Security: The security of the RSK is the main concern for the Project team and the two-way peg comes is handy here as well since the protocol is able to tap into the routines followed by the Bitcoin blockchain to avoid double spending & achieve settlement finality. In addition, RSK also uses the federated sidechain model to create a degree of trust. Currently, the 25 companies in the federated sidechain act as the trusted intermediaries to maintain the integrity of the two-way peg along with temporary storage mechanism & external validation of transactions to the Bitcoin blockchain. The Federation can also add/remove members through an on-chain voting mechanism.

3. Scalability: The first release of RSK can scale to 100 transactions per second (TPS) – same as PayPal. It has been able to achieve this by employing techniques like Sharding. The maximum speed for on-chain transactions can be pushed up to 400 TPS. However, RSK intends to improve further on this by implementing the Lumino Transaction Compression Protocol (LTCP – transaction example below). This Lumino network protocol would give RSK the ability to achieve 2,000 TPS. There is, however, a tradeoff between higher transactions speed & reduced privacy due to transaction compression & reuse of data. 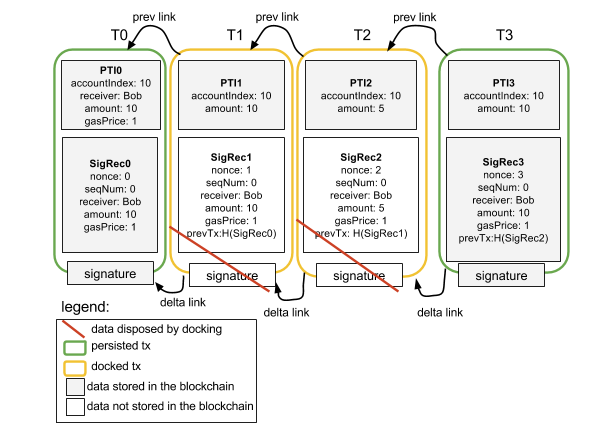 5. Portability: RSK’s virtual machine (RVM) creates a compatibility bridge with Ethereum Virtual Machine (EVM), whereby dApps created on the Ethereum blockchain can be easily transferred to Rootstock enabled Bitcoin blockchain. Not only will this be great news for developers, but it will also greatly enhance the value of the Bitcoin as a store of value and being home to decentralized Apps.

6. Rewarding Miners: The merge-mining model also helps Bitcoin miners to actively participate in the RSK ecosystem since there are no separate tokens to mine. Miners would be able to mine the RSK sidechain with the main Bitcoin network using the same hardware, as there would be no additional costs involved for them to participate in the resulting reward.

The federated sidechain does come at the expense of losing some decentralization which is an integral theme to the Blockchain technology. This can be addressed later on with the switch to an automatic peg, which will be dependent on the community accepting the security trade-offs. Going forward, RSK is also working on an off-chain infrastructure layer network to enable AWS services to be available for the development community. The proposed solution will be called the RIFOS network with its own native RIF token. This would eventually enable all the AWS services & applications to be available on Bitcoin blockchain via RSK.

The emergence of Rootstock has come at a critical time for Bitcoin with the massive downturn in the Crypto market & the non-existence of any competitor to Ethereum’s smart contract & dApps functionality. The lack of Turing-complete smart contract capability is perhaps one of the biggest hindrances to Bitcoin´s growth & RSK can go a long way in enabling the Crypto kingpin to stay competitive in this ever-changing industry. It will be interesting to see the results of its full implementation.

Faisal is based in Canada with a background in Finance/Economics & Computers. He has been actively trading FOREX for the past 11 years. Faisal is also an active Stocks trader with a passion for everything Crypto. His enthusiasm & interest in learning new technologies has turned him into an avid Crypto/Blockchain & Fintech enthusiast. Currently working for a Mobile platform called Tradelike as the Senior Technical Analyst. His interest for writing has stayed with him all his life ever since started the first Internet magazine of Pakistan in 1998. He blogs regularly on Financial markets, trading strategies & Cryptocurrencies. Loves to travel.
« Generational Wealth: ‘We’re all Destined to Succeed’
An Uphill Battle: Investment Culture Finds Its Match in Germany »