Home Entrepreneurship Leadership The Twilight of the Leaders

What role will organizational leaders play in the future? They won’t go away, but some believe the charismatic-type company executive will see his role diminish as power, authority, and responsibility gets distributed among largely self-governing groups. Consequently, leaders will have to learn to live without some of the privileges to which they have grown accustomed.

Over the past few decades, the group has become the corporate model for accomplishing work, but the perception of leadership has not changed much; they have been (and are still) seen as powerful individuals who form and direct those groups. Even as late as the mid-20th century, companies commonly employed the authoritarian model of management which requires employees to meekly and compliantly follow their leaders. By the turn of the century, authoritarian leadership gradually was being replaced with partner relationships between leaders and their subordinates. In transformational business models, which are common today, the leaders’ success depends on their ability to delegate responsibilities and propose exciting visions that appeal to their subordinates. What counts is communication and the ability to see potential in team members while maintaining an egalitarian flow of ideas among co-workers. Today’s leaders inspire and motivate others by embodying in their actions a commitment and passion for their ideas.

Still, organizations have adhered to a hierarchical management model that put leaders at the top, in command of direct reports. This small circle of executives makes all the key decisions, throws ideas around, lets them clash, and makes choices that set the course for the entire organization. The intellectual capacities of the members of these circles can affect the performance of hundreds of employees, making the difference between success and failure in their daily activities. Many aspects of this model persist to this day, even in organizations whose leaders are no longer authoritarian. And even the companies that have purged themselves of authoritarian leanings may still need to grapple with leader competencies – specifically their ability (or inability) to deal with a world of accelerating technological, market, and psychological change.

Requirements in a volatile and rapid world

The two words that best describe the basic characteristics of modern markets are “volatile” and “rapid.” That applies to trends, consumer behaviors, means of production, business models and consumption patterns. Such an environment challenges the competencies of all leaders and their immediate associates. Decisions tend to become dated almost the instant they’re made. Therefore, in the long run, hierarchies and traditional competency-based roles will not be able to meet the challenges that arise in the world. Indeed, the only way to make decisions in this volatile and rapid environment is to take key decision-making beyond the narrow circle of leaders. Considering the incredible acceleration of change, the most impactful and beneficial decisions may well be those made on the fringes of the organizations, in those areas closest and most conspicuously influenced by customers – the key players in today’s economy.

Customers are empowered by the today’s technologies, and that has made them champions of change. In addition, through their preferences, behaviors, and purchase decisions, customers are de facto players in an organization’s decision networks. When one adds self-learning machines into the equation, leaders, and the people they lead, increasingly are losing their grip on decision-making. Today, machines (not leaders) order raw materials to supply production lines (based on production schedules), forecast sales, requisition products for storage (using sales estimates based on customer behaviors) and design services (to meet customer preferences).

And, meanwhile, the leaders do… what?

The power of collective leadership

I believe the relationships between leaders, teams, and customers will change considerably, and rapidly, in the nearest future to meet the demands of this new era. The concept of leadership itself will evolve radically and lose its focus on the individual. Leadership will no longer be measured by heroic decisions made and actions taken by individuals who rely on prescribed competencies. After a historical reign of individual leaders valued for their strength and personalities, we are in for an age of collective leadership, conceived as a developing relationship among multiple collaborating individuals and personalities who complement one another. Furthermore, no longer viewed as a specific role, leadership will be viewed as a process. This transformation is described in the remarkable study “Future Trends in Leadership Development” published by the Center for Creative Leadership.

What will this process look like? To explain the concept, management experts give the example of a daunting challenge, a situation that slips out of control or moves beyond an organization’s usual frame of reference. The transition from individual to process-based leadership may, for instance, involve mobilizing people to face the challenge together. In the process, leaders act as moderators, building teams to ease the way an organization adapts to new realities. The leader only sets the general direction for the team. The event provides an opportunity for successive leaders to step forward and offer their competencies, the knowledge, and leadership needed to regain control. Specific team leaders would assume their roles mostly in an ad hoc manner through seeking to resolve the problem. I have already written about this in the context of network organizations, such as Google previously on my blog.

Process-based leadership eliminates the authority and rule of the individual. Instead, it creates networks of people who deal with specific situations as they occur. The leadership programs adopted by organizations should focus on learning how such networks arise, what principles they follow and how to effectively promote their emergence and function within them. Such programs would also help leaders from viewed by their teams as an elite, removed cadre within the organization blocking not advancing change. As David Altman, Vice President-Research, Innovation & Product Development at the Center for Creative Leadership puts it: “Industry needs to ask itself how leadership development became so elitist. The world’s challenges are big enough now that we need to think about how we can democratize the development of leadership, take it back to the masses – to the base and middle of the socio-economic pyramid, not only the peak.”

Duty now for the future

The new leadership paradigm should be conceived as a continuous and collective process taking place within a network of employees and managers. The organization’s thinking would change from “Who are our leaders?” to “What conditions does the organization need to meet for leadership to effectively strengthen emerging networks and relationships?” This model calls for senior executives to enable networks (both their emergence and operational capabilities) and identify the leaders in their ranks that can respond to the organization’s current needs. In this process, individually-focused leadership of the old type becomes ephemeral and transient. The lines between leaders and followers, trainees, co-workers and performers become less significant. The model can be metaphorically compared to a proliferation of neural networks and interconnections that make the brain smarter. The groups of individuals who coalesce into networks with specific managerial capacities would build a culture of shared leadership and enable their organization to better adapt to new environments.

This new model of management and leadership is still emerging, but I believe its adoption will accelerate as specific mechanisms take firmer root in the market. These include rapid changes in the global environment, difficulties in predicting the future, tightening competition, an increase in the number of factors that affect the success of companies and products, and constantly changing customer needs. In such a rapidly shifting environment, new leadership programs would produce the most radical and ingenious solutions. And even if their only outcome is a debate, the debate is worth starting and sustaining at all levels and stages of management.

– Automation will not destroy all jobs

– Uncertainty has its upside. Leadership in digital economy

– From Dictator to Partner

– The end of age of humans

– Surviving in the digital age, future-proofing your business 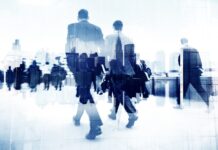 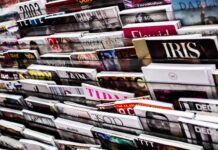 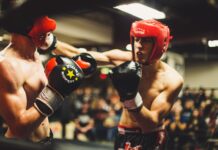