Know all about the blockchain-powered Brave browser & Google Fi 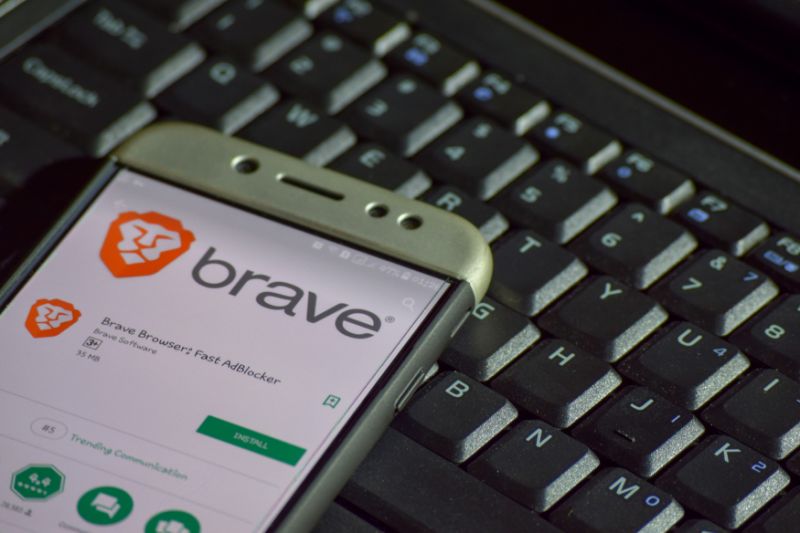 Back in August, I wrote about the arrival of blockchain-powered phones in the DLT ecosystem. The pioneer phone FINNEY by SIRIN Labs was launched last month while the other one, HTC Exodus 1 got released a couple of days ago. Founded in 1997, the parent company HTC is a major Taiwanese-based consumer electronics producer which was a major smart phone vendor in U.S, whose market share began to dwindle with the massive onslaught of Apple & Samsung and held a meager less than 0.5% of the US smartphone market by 2018. HTC’s worldwide employee count has also dropped to 5,000 from 19,000 five years ago & it is counting on this blockchain-based device to lift their sagging fortunes.

Exodus comes equipped with the support for multiple blockchain networks like Bitcoin, Ethereum & Dfinity. Apart from the built-in cryptocurrency storage and security features,  Exodus comes pre-installed with an open-sourced blockchain-powered Brave browser. The Brave browser is the brainchild of Mozilla co-founder Brendan Eich and former Mozilla engineer Brian Bondy. According to the browser’s website “Brave is on a mission to fix the web.” The browser is part of the Basic Attention (BAT) token ecosystem using the native token BAT. Brave browsers boasts of the following features:

Brave browser has an expanding base of over 5 million users while onboarding over 8,000 publishers to date. You can download the browser & check out its features. Brave’s speed & avoidance of ads & trackers are two of the most wanted features which can go a long way in making it the browser of people’s choice.

Moving on to Google Fi – originally launched as Project Fi on April 22, 2015 as an alternate virtual network carrier for selected Google phones has recently made it easier for the service to work on other cell phones as well, most notably the Apple’s iPhone. Google Fi offers phone, messaging & data services switching between the Sprint, T-Mobile & U.S Cellular networks & Google’s 2 million hot-spots in the U.S depending on the speed & signal strength. Not only this but the service works seamlessly in more than 170 countries of the World. Before moving on to the installation details let’s take a look at the Pros & Cons of the service:

Apart from this Google is offering a referral credit of $100 to anyone who convinces other people to join the service – the offer, however, runs through to January 08, 2019.

The first & foremost step in making the move over to Fi is the free sign up for a SIM on their website. From there, using Google Fi is pretty straightforward for Android phones by popping in the Google Fi SIM card in your Android device, but the iPhones, for which the service is still in the beta phase, it is a little more cumbersome since you have to install Google Fi app for iOS & follow the prompts to manually to set up the service. However, before making the move over to Google Fi make sure to check Google Fi’s device compatibility page to see if your cell phone works with the service.

Google Fi is a pretty neat service despite the few shortcomings – a great alternative for people who want to be in control of what they pay for their cellular services or like me who are just tired of being ripped off by the big carriers. Cheers!

Faisal is based in Canada with a background in Finance/Economics & Computers. He has been actively trading FOREX for the past 11 years. Faisal is also an active Stocks trader with a passion for everything Crypto. His enthusiasm & interest in learning new technologies has turned him into an avid Crypto/Blockchain & Fintech enthusiast. Currently working for a Mobile platform called Tradelike as the Senior Technical Analyst. His interest for writing has stayed with him all his life ever since started the first Internet magazine of Pakistan in 1998. He blogs regularly on Financial markets, trading strategies & Cryptocurrencies. Loves to travel.
« Will The Future Of AI Be Good Or Evil?
The Future of Social Media on the Blockchain »