All the best AI conference sessions at SXSW 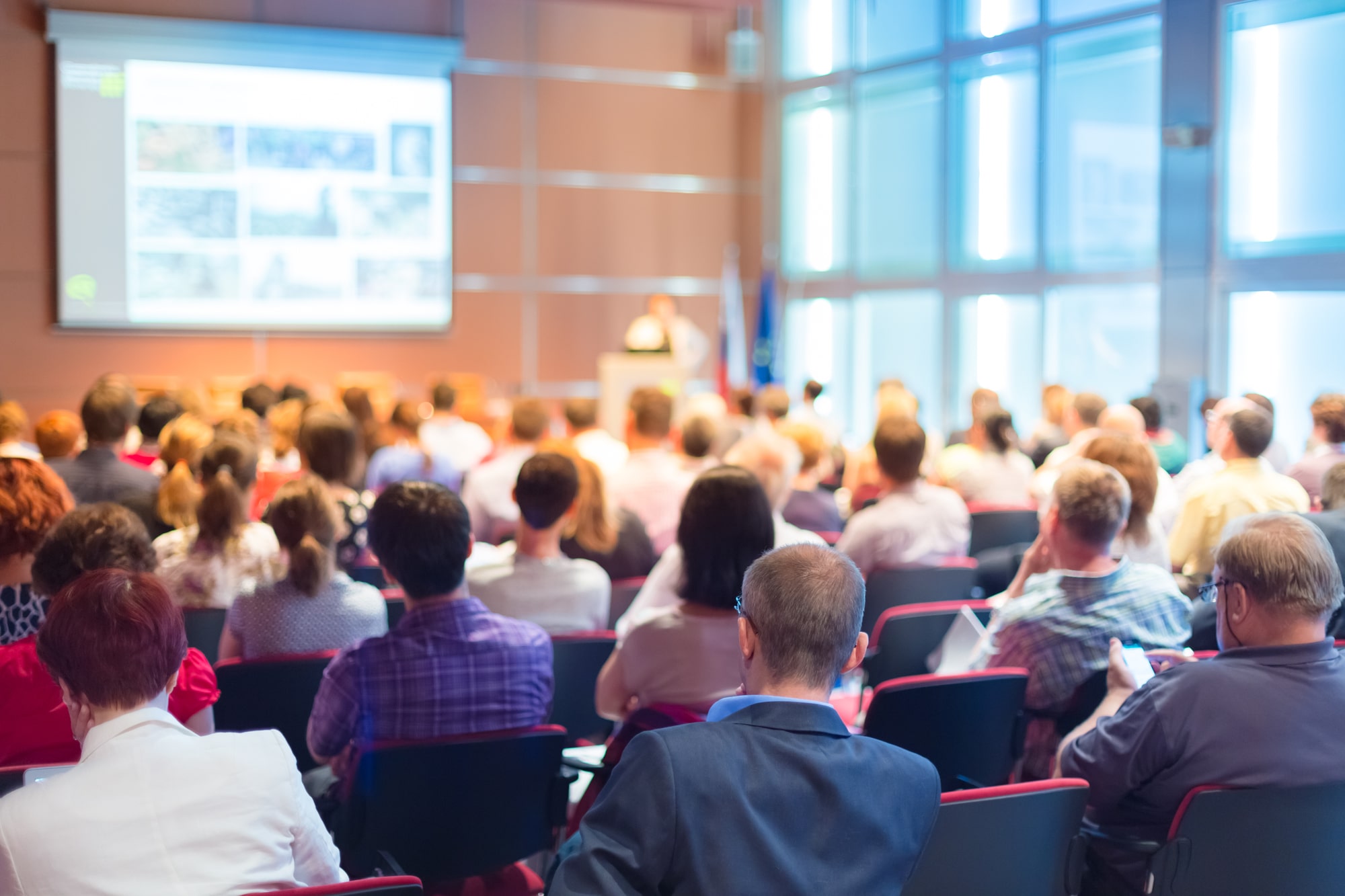 The SXSW events you shouldn’t miss if you’re interested in AI!

If you’re attending SXSW this week, you will already know this is the biggest tech, music, film and creatives festival and conference in the US which goes from 8 March to 17 March 2019.

Last year the set of West World was recreated, replicating the theme park in the Netflix series that is run by life-like robots, which eventually gain sentience. Elon Musk has rocked up to give an impromptu talk and the movie on virtual reality, Ready Player One, was also released during the festival.

Wonder what surprises this year will bring? Last year will be hard to beat however it seems they’ve got a few line ups which will excite even the SXSW veterans amongst us.

These are all the not to be missed sessions if you’re interested in AI and emerging tech.

Beyond Reality: The Convergence of AI and Immersive Tech

In a talk that features Unity Labs’ Principle Software Engineer, Amir Ebrahimi, and Open AI’s Strategy Lead Ermira Murati, the topic of Cross Reality (XR) will be discussed where AI and and immersive technology converge. Unity’s game development platform is being used to train AI, while AI improves training and simulation.

Ethics in the Age of Virtual Humans

Hanson Robotics’ David Hanson will join other panelists from USC, Shatterproof Films and Rival Theory to discuss the state of virtual human capture and AI and the underlying ethical questions at the heart of this new innovation in technology and storytelling. From Deep Fake to exploiting personal data for machine learning the panel discusses ethical concerns surrounding character capture, and public mass consumption of these virtual characters. Hanson Robotics is the company that created Sophia the humanoid robot.

The Age of Smart Information

Microsoft Garage’s Envisioneer M. Pell will talk about how AI and spatial computing will fundamentally transform the way we communicate forever and the age of smart information.

Monk’s Hill Ventures Managing Partner Peng T Ong talks about how AI is redefining the world’s economies and labour forces, reducing the labour value towards zero creating economic singularity. Labour is the mechanism we use to distribute wealth. If its value tends towards zero then how do we redistribute wealth and what do we do post-labour?

How AI Will Design the Human Future

SparkCognition’s Founder Amir Husain will join neuroscientists and tech journalists and professors in discussing how advances in AI and robotics are enabling us to replace limbs, translate dreams into pictures, interpret neural signals and gain insights into our genetic makeup. China is already investing in programs to raise IQ scores by up to 15 points every successive generation. This panel will explore the economic, ethical, and existential implications of using AI and robotics to enhance humans of the future.

How to Build a Brighter AI Future

Google’s Chief Decision Scientist, Cassie Kozyrkov, talks about stripping away the jargon in machine learning and taking a look at how to spot opportunities and what you need to know to avoid the two biggest threats in AI, and the emerging discipline of decision intelligence engineering to improve business decision making.

The Fight Against Face Scanning Surveillance,

In the wake of ACLU’s bombshell report detailing how Amazon has helped US police deploy this powerful technology, this discussion focuses on how our civil liberties can be violated such as through street and officer worn body cameras to identify protesters, target immigrants and track people going about their daily lives. There is a similar talk called Taming the Orwellian Surveillance State.

Empathetic Technology and the End of the Poker Face

Poppy Crum from Colby Laboratories, will talk about what the world will look like when out tech knows more about us than we do, revealing out private, internal state. How will we cope with our poker face? Can we design in humanity’s best interests?

Who Will Lead in the Race for AI in Defense

Vladimir Putin said in a 2017 “who rules AI will rule the world”. Across the world, nations such as China, US and United Arab Emirates are racing to be the leader in artificial intelligence research and technology for both civilian and military applications. The panel will discuss where this AI space race currently stands and how it will change the future of warfare and the globe.

However, AI already has great use cases benefiting humans

Magic Leap’s Healthcare Product Manager, Nicole Samec will join others from USC Institute to demonstrate how AI-driven Virtual Humans can recognise psychological distress, train clinicians, coach patients and more. You get to experience a new application that trains persons on the autism spectrum how to interview for jobs and learn how virtual humans will soon hold credible embodied interactions and contribute to daily life.

The Democratisation of Voice User Interfaces

In a 2017 Wall Street Journal article, “The End of Typing: The Next Billion Mobile Users Will Rely on Video and Voice” shows how a man from New Delhi, despite the fact he’s not very comfortable with reading and typing, through his feature phone can now use voice to check train schedules, send messages to family, and download movies. For folks with visual or muscular impairments, voice can enable them to do a variety of tasks and gain back some independence. Combine voice with virtual assistants and we have new ways to empower millions to get personalised, crucial access to the internet. This talk is presented by Google’s Account Manager Cathy Pearl.

The Role of AI in Reducing the Impact of Pandemics

In 2017, the WHO added “Disease X” to its Blueprint List of priority diseases. Disease X represents the possibility that the next big threat to public health will come from a completely unknown an unforeseen source. This means addressing gaps in the fabric of the world’s global health system and infrastructure is critical to being ready for Disease X. Panelists from Magic Leap, GE Healthcare Life Science, Vulcan and Qlik discuss how traditional public health surveillance is now being supported by AI, geospatial prediction and real time predictive modelling to identify new risks, and how blockchain is helping to secure, track and trace the drug and vaccine supply chain.

AI is also revolutionising the transport and logistics industry

These sessions focus on the road:

Waymo’s Product Lead, Vijaysai Patnaik will join other panelists for a discussion on whether it is safer sharing the road with these robot behemoths and whether they will lower shipping costs. Well funded startups like Waymo are applying AI, new functional safety concepts, and innovative business models to launch this transformation of road freight.

Karl Iagnemma, President of Aptiv Autonomous Mobility, will talk about how driver-less cars have the power to save lives. Iagnemma talks about Aptiv’s approach to developing AV technology which incorporates AI into a hierarchy of safe human-like driving behaviours in order to teach autonomous vehicles to operate in a multitude of environments, including unpredictable real world scenarios.

Detroit has the world’s fastest high speed fibre network for internet and the world’s first fully functional autonomous shuttle, as well as becoming an incubator for leading startups. This panel discussion will focus on how an AV developer, real estate company and the government worked together on the implementation of self-driving vehicles and the required infrastructure that led to them being accepted into the daily fabric of Detroit.

While these sessions focus on the sky:

Safer in the Skies: How AI is Changing the Future

This panel featuring speakers from Bell, Intel and other organisations will talk about how air taxis will soon be more feasible than standardised autonomous cars on our roads. While self driving cars must content with the unpredictable variables of human-operated vehicles, pedestrians and wildlife, the sky is free of these hazards and can alleviate the burden of current urban mobility.

Off to the Drone Races: The Future of Unmanned Flight

Lockheed Martin Engineer and Drone Racing League CEO/Founder Nicholas Horbaczewski will talk about how they’re shaping the future of autonomous transportation, delivery, disaster relief, and even space exploration all through futuristic sports competition in the AI Robotic Racing Circuit.

No road based solution will ever be sufficiently scalable, clean, quiet or fast enough to solve the extent of today’s mobility issues. But because of solutions NASA, Bell and other innovators are developing, we will soon solve these problems from the sky. The panel, featuring speakers from McKinsey, NASA, Bell and NPR, will reveal an everyday air-based transportation system built to manage traffic. 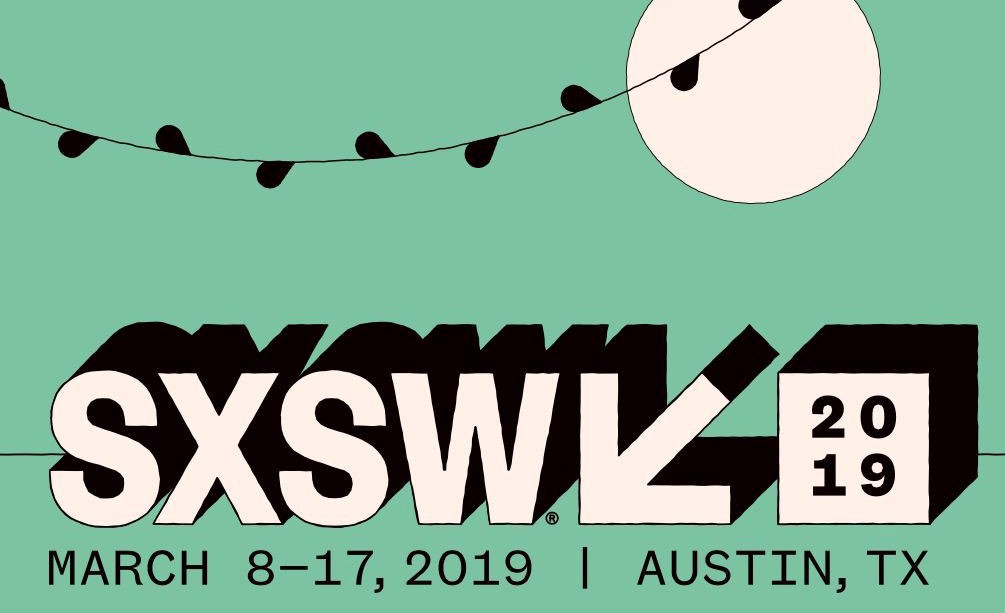 Up Next in Transportation: Flying Cars and Drones?

The greatest promise may lie in the advancement of urban air mobility, whether it be traditional manned aircraft, remotely piloted aircraft, or autonomous aircraft. The world’s leading experts some of which are on this panel including from Uber and Bell, are focused on making urban air transport the quickest and safest mode of transportation available.

Ethics and bias in AI is a major theme here

Google Brain’s Brain Resident Sara Hooker will join other AI experts from Capital One and AI4All for a panel discussion on how the once-nascent field of explainable AI has been gaining traction as societies and industries grapple with the opaque nature of algorithms and how to explain their outputs. While there area myriad benefits to AI/ML applications, there is also a risk of bias on the communities they are intended to serve.

Google’s Sarah Holland from its Public Policy group and MIT Research Scientist Vikash Mansinghka joins other panelists from Government of Canada and The Data Nutrition Project. The datasets on which AI is built are inconsistent, unrepresentative and not always appropriately vetted or used. The problem is often the health of the data itself and to address this problem, there are several initiatives and methods currently being tested to address dataset health which will be discussed by the panel.

Lastly for the transhumanist fans, there are several sessions on this

The Paths and Dangers of Transhumanism

Max More, President and CEO of Alcor Life Extension Foundation, Moon Ribas, Cyborg Artist at Cyborg Arts, Nikos Acuna, Chief Visionary, and Randal Koene of Carboncopies will discuss how the transhumanist movement is pushing the limits of out biology including the way we experience the world, out intelligence, carving an intended path toward immortality. A tipping point approaches as it gains widespread support from Silicon Valley’s brightest and wealthiest. But what will ultimately happen to the nature of humanity as we continue to play god?

Aging is the main risk factor for many diseases in the world today, from cardiovascular diseases to cancer. Hannah Le from The Knowledge Society talks about how she used a novel genetic engineering toll called CRISPR-Cas to double the lifespan of fruit flies by editing only two genes, and how she dived into looking at reversing aging.

Alyse Sue Alyse Sue is a freelance writer who covers emerging tech and transhumanism. Alyse is also a developer working on solving grand global challenges with AI and Blockchain. She is also co-founder of two healthtech startups. Prior to this, Alyse was a founding team member of KPMG's Innovate team, focused on helping corporates innovate.
« Data Driven Trends & Statistics — Feb. 2019
Why Inclusive Wealth Index is a better measure of societal progress than GDP? »

One Reply to “All the best AI conference sessions at SXSW”