A Wordy but Worthy Guide to Neural Networks 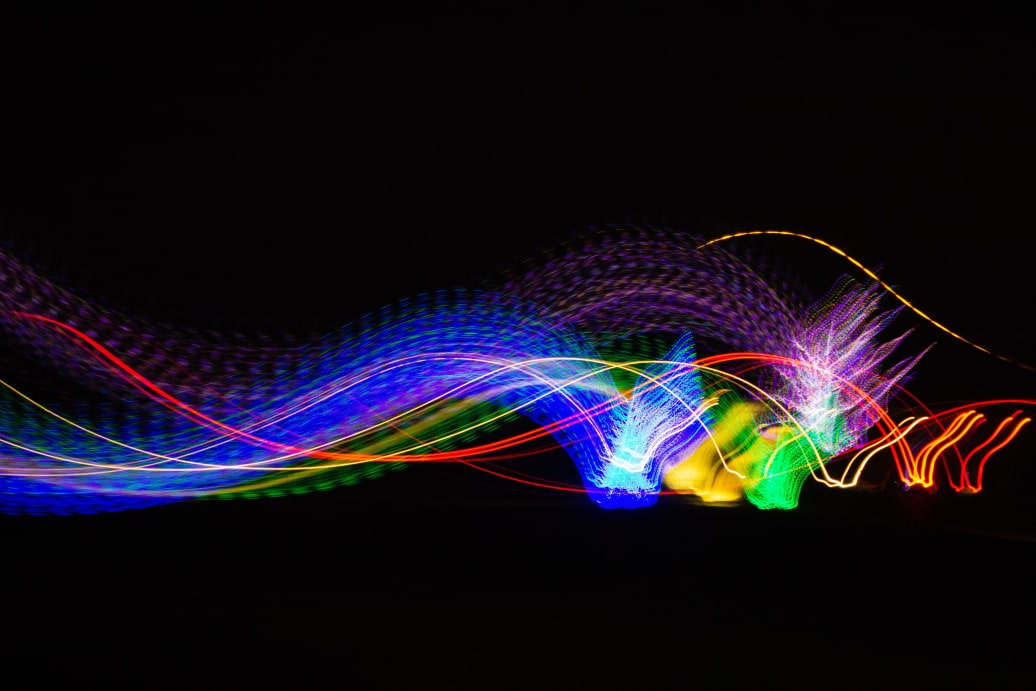 The types of neural networks available for Machine Learning these days are so numerous that it deserves a wordy guide. At times, It can seem challenging to choose one for your project. In this article, we will discuss a few widely used neural network examples with details on how to implement them. References have been included at the end for those who would like to learn more. 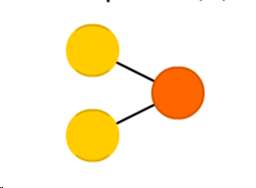 If the activation function is (∑) then the output of this perceptron will be:

There are a number of types of activation functions that can be used, like the binary step function, logistic function, ReLU function, etc. The result of this activation is the final output of the Neural Network and is usually a ‘yes’ or ‘no’, which decides whether the output node will fire or not. A perceptron is usually used for classification. 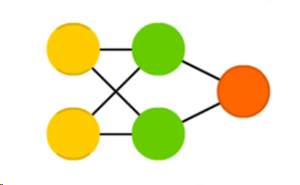 The first layer is called the input layer, while the layers in between the input and output layers are called ‘hidden layers’. The rules of the Feedforward NN are as follows:

3. AutoEncoder: The AutoEncoder is an unsupervised NN. That means the NN does not initially need to be taught by a labeled training set but can learn on its own by identifying patterns in the set. 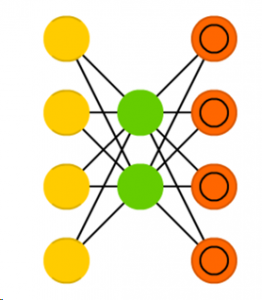 The main rules of an AutoEncoder are:

b. The number of nodes in the hidden layer should always be less than that of the input          and output layer.

The NN encodes the input data into a denser representation and then decodes it back to the output data that learns to be more and more like the input. As such, if the input is an image, these encoders basically try to find the best way to compress this image such that when reconstructed, we get an output image that is as close to the input image as possible. Although the process of simply compressing and decompressing data might not seem that helpful in real life applications, certain variations of the AutoEncoder can be quite useful. For example, once your autoencoder learns how to reconstruct an image, you can introduce images that are blurry, grainy or have a lot of noise and the autoencoder can still recognize and reconstruct the image without the noise. A variational autoencoder is widely used for anomaly detection, where you first let the autoencoder learn from a few sets of data that are anomaly free before testing it with data that contains anomalies. There are even variational autoencoders that can generate new images, or text, as used in chatbots, for example. 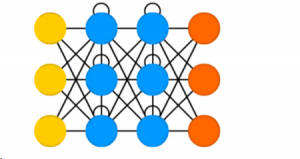 Rules for the RNN are as follows:

a. A Recurrent Neural Network has two inputs, the present input, and the recent past.

b. The signals move forward through the NN and then the output loops back to the input.

c. When it makes a decision, it considers the current input and also what it has learned from the inputs it received previously.

d. RNNs apply weights to both the current and previous input. They also tweak their weights through Backpropagation, like in a Feedforward network.

In this way, the RNN works perfectly in prediction applications, because it takes into consideration the sequence of data. They are mainly helpful in applications where the context is important when decisions from past iterations can have an impact on current ones. Some great applications for the RNN include Natural Language Processing and Predicting Stock Market trends. 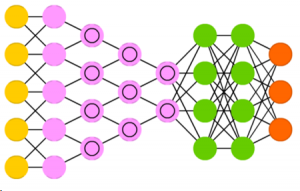 Here are the basic rules:

Convolution basically involves sliding the filter over the input image one block at a time starting from the top left until it has gone over all the pixels and reached the bottom right. Each time, we calculate the dot product of the filter matrix with the area of the image it is on and store that as the result in the output image in the same location as the area that was convolved.

This helps extract features from the input image, like edges, corners, shapes or objects. In this way, convolution learns the important features of the image while still preserving the spatial relationship between pixels. The method makes an ideal system to detect faces in an image. 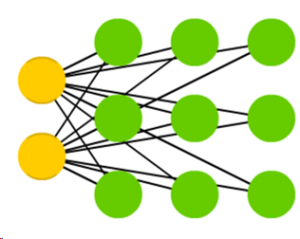 Following are the basic rules of a SOM:

Through a number of iterations, all the data points are clustered and each node represents a type of cluster. At the end of the training, ‘like’ nodes in the SOM will tend to be grouped closer together, helping us to identify clusters in the input and thereby can also help in classification problems.

Kohonen Neural Network can be used to recognize patterns in data. It is commonly applied in a medical analysis to cluster data into different categories. For example, a Kohonen map was used to classify patients having a glomerular or tubular disease with high accuracy. This was done by using records of 75 patients to train four KSOMs having 10 layers of 10 nodes each. The results of these four KSOMs were then combined together to give results that were about 96% accurate in detecting the disease.  KSOMs have also been successfully used to classify malignant and non-malignant breast cancer cells.

Dr Justin Chan Dr Chan founded DataDrivenInvestor.com (DDI) and is the CEO for JCube Capital Partners. Specialized in strategy development, alternative data analytics and behavioral finance, Dr Chan also has extensive experience in investment management and financial services industries. Prior to forming JCube and DDI, Dr Chan served in the capacity of strategy development in multiple hedge funds, fintech companies, and also served as a senior quantitative strategist at GMO. A published author at professional journals in finance, Dr. Chan holds a Ph.D. degree in finance from UCLA.
« Build Awareness to Rock Your World!
The Widening Spectrum of Stable Coins »

One Reply to “A Wordy but Worthy Guide to Neural Networks”