The biggest Controversy & the strongest Rumor in Cryptoverse right now… 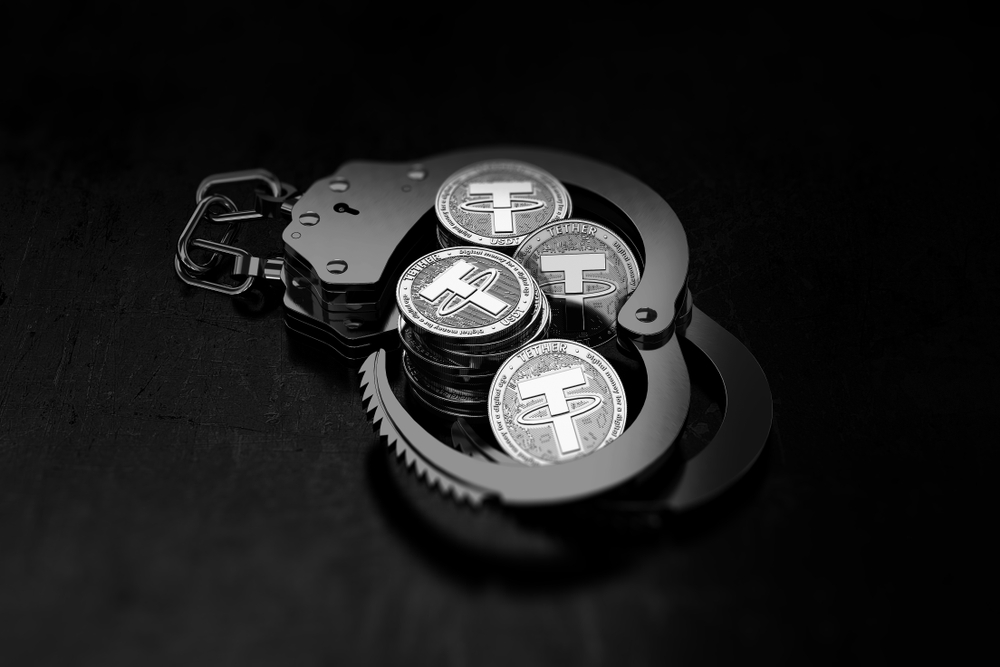 The Cryptoverse has accumulated a fair share of controversies in its short existence – from major hacks, hard forks & fraudulent ICOs to name a few. But none of them has been as prolonged as we see with the World’s largest stable coin Tether. The controversy continues to thicken with every passing week – failure to conduct an independent third-party audit, commonality of owners with the Crypto exchange (iFinex) & the trading of Bitcoin on a significant premium @ Bitfinex all point to some deviousness. Talking about Rumors, the biggest one that I can recall that has never died away since the inception of Bitcoin is the identity of BTC’s founder, Satoshi Nakamoto. However, enough has been said & written about the topic earlier so I am not going to talk about it today. I will be taking a look at what has perhaps been the biggest rumor since last year – the high-profile entry of the social media giant Facebook in the Crypto Land.

Tether (USDT) controls 97.5% of the traded volume & 76.6% of the marketcap in the stable coin market (table below), while overall in digital coins it is second only to the Crypto kingpin Bitcoin itself. USDT has been existing under the shadow of ambiguity with its non-disclosures of dollar pegging & refusal to third-party audits. The outcry in the Crypto markets led the researchers at the University of Texas conduct a study in June 2018, which led to the conclusion that “purchases with Tether are timed following market downturns and result in sizable increases in Bitcoin prices.” Then again in October 2018, there was another Tether scare as investors became jittery with USDT’s claims of dollar backing leading to dumping of their Tether holdings. Fortunately though, investors switched to Bitcoin rather than U.S Dollars which not only saved a Crypto market collapse but lifted the BTC.

Tether controversy roared back to life in March this year with the website update from the biggest stable coin project saying that every Tether (USDT) is backed by traditional currency & “cash equivalents” from other assets like receivables from loans made by Tether to third parties. This of course was in direct contrast to their earlier claim of all Tether reserves being backed by currency equivalents. The update has also rekindled the debate of Tether is being used to manipulate the Bitcoin price. Also, the repeated reluctance of the company to conduct independent audits adds fuel to the fire. As if these developments are not enough, The New York Attorney General has recently alleged that Bitfinex has covered an $850 million business loss by borrowing investor money from its Tether operations. Market analyst Alex Krüger, analyzing the case of Tether backing has concluded that Tethers are currently only backed by only 75% USD reserves, while the rest are covered by a line of credit loan marked @  6.5%.

So what’s the worrisome part?

Personally, I think Cryptoverse is already dealing with enough problems in the form of Hacks, scandals, price volatility, hash wars & regulation worries – settling an on going controversy like this one would certainly help put things in the right direction. 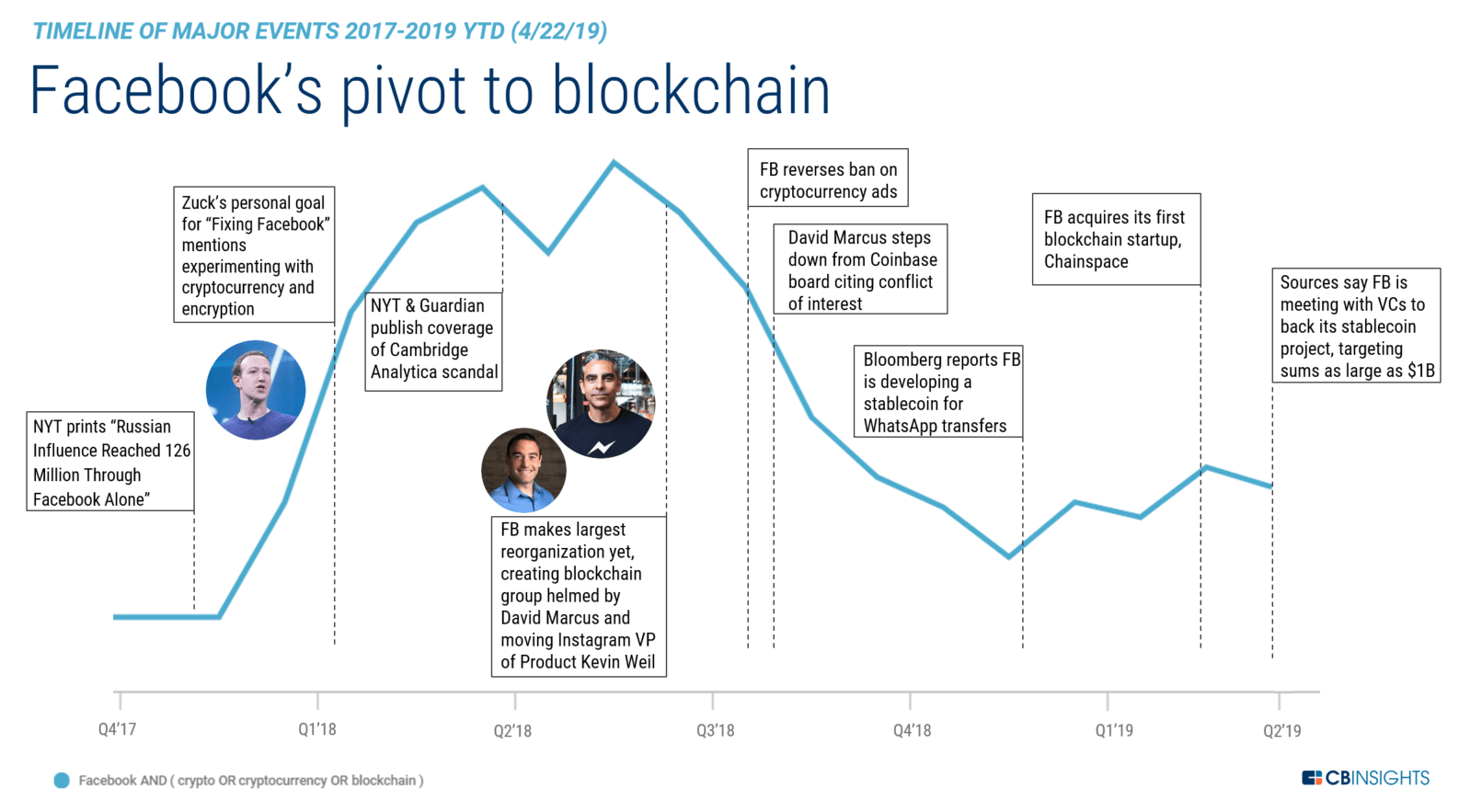 Moving on to the biggest rumor – which remained in the headlines for the most part of 2018 was Facebook entering the Crypto arena with its own innovation – CEO Mark Zuckerburg had already shown his intention of exploring DLT in his New year goals of 2017 saying “see how best to use them in our services.” However, the data breach scandal which affected 87 million users, cost FB dearly with the loss in consumers’ faith in the platform to protect their personal data. Its stock lost more than 40% of its market value from the peak reached earlier in August 2018. But this was all last year, the social media giant has recovered most its losses with the rebounding markets & good earnings. Also it seems well poised to utilize the DLT for newer products & solutions.

Facebook is an Internet Powerhouse with more than 2.5 billion users & viral campaigns like #DeleteFacebook after multiple data breach scandals in 2018 have failed create a dent in its popularity or usage. At the same time, FB’s tilt towards blockchain (chart above) clarifies its intention to redefine itself & expand its service offerings. According a recent CB Insights report, tech commentators have theorized Facebook could build:

And the company seems well on its way to achieve this after it created a Blockchain group back in May 2018 & subsequently reversing a ban on Cryptocurrencies in the next month. But the biggest news came in December 2018 – speculating that Facebook is looking to launch a stable coin to enable cross-border money transfers within its WhatsApp service in India. As a pilot project, WhatsApp payments feature was introduced in the Indian market in Feb. 2018, by the parent company Facebook to tap into the biggest remittance receiving country ($70 billion in 2017) in the World with over 200 million WhatsApp users currently (of the total 1.5 billion worldwide). A recent report by Wall Street Journal has given credence to this rumor, which says the tech giant is is seeking investments worth $1 billion for its proposed “FB Coin.” The report also suggests that FB is seeking support from payment networks Visa & Mastercard and payment processor First Data Corp. March 2019 saw FB’s first blockchain acquisition dubbed Chainspace – a smart contracts and payments platform. Other Techfin platforms like Kik, Line, Telegram & Kakao have already incorporated their native token in their ecosystems.

So a blockchain entry of a tech bigwig like Facebook is a good sign for the emerging tech? Well, Yes and No! While the former is pretty obvious, but for latter, the critics acclaim that the out sized influence & the associated concentrated power in a centralized company where CEO Mark Zuckerberg holds the majority voting power goes against the philosophy of the decentralized blockchain philosophy. For resource rich Facebook, it is looking revitalize its business model & trying to create a new appeal for its users by actively exploring the Digital Ledger Technology.

Faisal Khan Faisal is based in Canada with a background in Finance/Economics & Computers. He has been actively trading FOREX for the past 11 years. Faisal is also an active Stocks trader with a passion for everything Crypto. His enthusiasm & interest in learning new technologies has turned him into an avid Crypto/Blockchain & Fintech enthusiast. Currently working for a Mobile platform called Tradelike as the Senior Technical Analyst. His interest for writing has stayed with him all his life ever since started the first Internet magazine of Pakistan in 1998. He blogs regularly on Financial markets, trading strategies & Cryptocurrencies. Loves to travel.
« Interview with Sida Zhu
Business Success Starts with Credibility »