The skewed distribution of Wealth 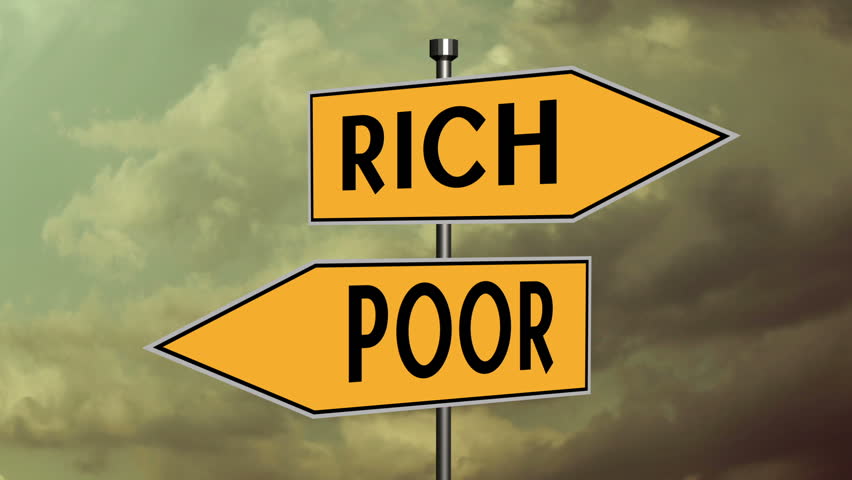 The household wealth varies greatly across the Global financial spectrum depending on where you live, access to financial services & markets literacy. People living in developed countries with mature financial systems & easy access tend to have a much higher net worth than developing countries. The difference is even higher for someone living in an  underdeveloped nation. Just to give you a perspective – U.S average per capita income is $60,200, China sits at $16760 while the African nation of Niger only records a mere $990. Similar to the differences in per capita income across different regions, the composition of wealth that one owns varies as well. The composition can vary greatly even within a country which has a high per capita income as in the case of the United States. The distribution of wealth depends on income classes which comprise the economy of a nation, like as will see in the case of the United States (infographic below).

The chart above breaks down the composition of wealth for the three income classes – Middle-income earners, Upper Class & the Ultra rich in the United States. These figures help us understand the composition of the net worth of families in these income classes. Dissecting the information, we see that the Principle residence is the mainstay of net worth for most Americans, followed by their pension savings. 60% of the population falls in the middle-income group ($0-$471K net worth), who have their principal residence as the major contributor towards their net worth. Together the house & pension accounts for almost 80% of the wealth of a middle-income American family, while the rest constitutes of liquid & financial assets and business equity. Equities share in their net worth is only about 4% with the lower participation rate evident after the last the financial crisis where smaller investors’ savings got wiped out.

The upper-income group ($471K – $10.3 million net worth), which represents about the top 20% of the richest families in American has a much more diversified portfolio of assets obviously with access to a much larger pool of funds to invest. Liquid assets like cash & treasury bills drop out of favor as you move to higher income groups. The wealth distribution for higher income families is pretty evenly distributed between principal residence, pension savings, financial assets & business equity.

And finally we move to the top 1% Ultra rich segment of the U.S population. This comprises of people like Bill Gates, Jeff Bezos & Warren Buffet whose net worth is defined by the financial assets they own like growth equities, mutual funds & trust along with investments in business interests & other real estate. From this distribution you can infer that the higher up you go in the income bracket, the interest shifts away from owning any liquid assets to investing in other financial & business interest which multiplies their wealth even further. In fact a startling 40.3% of the stocks are owned by the Top 1%, while the wealthiest 20% in the U.S own a staggering 93% of the stocks. The divide between the rich and the poor is pretty evident.

The perceived prosperity that the current global financial system has brought to the masses especially in the developed countries has a dark side – where majority of the population lives pay check to pay check with limited retirement savings in pension accounts and the only kind of wealth they own is their principle residence, which they dedicate their whole life towards paying it off. The same system has created a selected group of ultra-rich elite who have huge growth portfolios consisting of a broad range of financial instruments. Perhaps it’s time to move the new Decentralized Finance (DeFi) model which works for the collective good and addresses this extreme financial disparity in the society.

Faisal is based in Canada with a background in Finance/Economics & Computers. He has been actively trading FOREX for the past 11 years. Faisal is also an active Stocks trader with a passion for everything Crypto. His enthusiasm & interest in learning new technologies has turned him into an avid Crypto/Blockchain & Fintech enthusiast. Currently working for a Mobile platform called Tradelike as the Senior Technical Analyst. His interest for writing has stayed with him all his life ever since started the first Internet magazine of Pakistan in 1998. He blogs regularly on Financial markets, trading strategies & Cryptocurrencies. Loves to travel.
« When to Rebuild a Software from Scratch?
LinkedIn Done Right is Almost Magic »