Why did the Tech hub of San Francisco ban Facial Recognition? 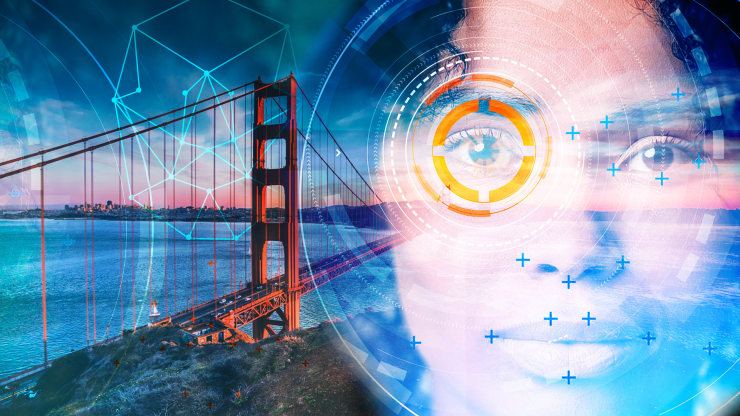 To put it simply… the fledgling technology is “Racist.” Not the best course of action for the tech hub city as the proponents of technology would argue, but San Francisco’s metropolis’ Board of Supervisors has banned the use of facial recognition by any of its 53 departments – in turn becoming the first city in the U.S to pass such a ban. The ban came despite the fact that none of the city agencies currently use this technology. Looking in retrospect, there must be some compelling reason to ban facial recognition technology in a place which calls itself as the home of tech innovative spirit. Silicon Valley is much well-known to embrace technology than to regulate it or shun it completely like in this case.

Although facial recognition is a pretty widely understood term these days – but for people who either have no interest in technology or don’t have a latest version Apple iPhone which unlocks with Face ID, it is the technology by which you can identify a person in a picture or a video by analyzing their facial features. Well at least that’s what its intended purpose is supposed to be. Although, it is increasingly being used all around the World by government agencies, Malls, Schools & Homes – it has a serious drawback. In real life, the systems are mostly inaccurate especially when they attempt to identify women or people with darker tones. Basically, the human bias has crept into its AI (Artificial Intelligence). The Machine learning intelligence that goes into training these facial recognition systems often gets fed with examples of mostly white male faces. Since the data is not diversified enough, the technology does a really poor job of recognizing women & people of color.

This has Civil right groups in the U.S supporting this ban since they believe the inaccurate & biased technology is infringing on the civil liberties of the common people – like freedom of speech, assembly or religion. The argument is that People will behave differently if they know that they are being watched. It could be even more damaging to the societal fabric if the constant “tech-eye” makes the people so nervous that they don’t know how to behave in public anymore. Proponents of the ban also suspect an exacerbation of the over-policed black community in the U.S with the use of this flawed technology which has a bias towards dark-skinned people.

There may be some merit to these arguments against the use of facial recognition technology. Google’s image recognition system labeled African-Americans as “gorillas.” in 2015. While Amazon’s Rekognition system dubbed 28 members of U.S Congress to criminal mug shots. Yet another study revealed that facial recognition systems by IBM, Microsoft, and China’s Megvii are more prone to misidentifying gender of dark-skinned people. On the other side of the globe in China, an estimated 170 million surveillance cameras are expected to balloon to 570 million by 2021 (video above). This vast network of CCTVs is being used to monitor the 1.4 billion of its citizens whereby they are given social scores based on their behavior. The Chinese government’s stance states that this is to improve the security of the people, while the opponents believe it’s just another attempt by the government to cement its authoritarian rule. While still others believe, China is also using this “automated racism” to suppress the Uighur Muslims & other minorities residing in the country.

The technology is evolving at a breath-taking pace & has the authorities and regulators grappling for time to better understand its implications & how a balance can be achieved where Man & Machine can co-exist in peace. Multiple other jurisdictions in the United States like Oakland, Calif., and Somerville, Mass. have similar bans under consideration, while others like in Illinois have a law where companies need customers’ consent before collecting their biometric information. With the U.S tech hub deciding to take a tight lid approach on the controversial technology, others might follow suit. A prudent course of action…?

Faisal Khan Follow Faisal is based in Canada with a background in Finance/Economics & Computers. He has been actively trading FOREX for the past 11 years. Faisal is also an active Stocks trader with a passion for everything Crypto. His enthusiasm & interest in learning new technologies has turned him into an avid Crypto/Blockchain & Fintech enthusiast. Currently working for a Mobile platform called Tradelike as the Senior Technical Analyst. His interest for writing has stayed with him all his life ever since started the first Internet magazine of Pakistan in 1998. He blogs regularly on Financial markets, trading strategies & Cryptocurrencies. Loves to travel.
« What do your digital devices know about you & more…
Is it Worth Pursuing a Career in Data Science & Artificial Intelligence »