With Java 13 ready to go live on September 17, 2019, an even more exciting development for tech firms has begun on its successor. Java 14 is the latest update to the product and promises to overcome some of the shortfalls of previous generations. With upgraded mapped byte buffers, it is expected that Java 14 will support non-volatile memory for the first time. This should make it easier to deal with complicated code, helping you to grow your business with more efficient software. With just a six month cycle per non-long term Java update, it shouldn’t be too long until the as-yet-unreleased Java 13 becomes obsolete and is replaced by a much newer and more functional system.

It is often assumed that JavaScript is not a good programming code for businesses looking to expand. This is because of the lack of an integer type that other languages have and its dependence on global variables. However, with the inclusion of non-volatile memory in Java 14, it is hoped that small and medium-sized businesses will benefit from this relatively simple yet effective coding language. However, it should be noted that Java receives a high score for customer satisfaction. So if your business is customer-orientated, then this new upgrade to Java 14 could be the key to rapid growth.

Is Java Right For Your Business?

With constant and consistent non-long term upgrades, Javascript is one of the most future-proof methods for smaller businesses. You can create your app or website today for your current market and then take advantage of the updates in order to adapt to a growing and changing business. Rather than having to completely overhaul your service and recode the entire website, simply make small adjustments using the new features that will be offered by Java 13, 14, and onwards.

Furthermore, Java is the best option out there in terms of security. If you are dealing with sensitive or financial information, then invest in Java to be certain that your data is protected. Once you expand as a business and are able to employ top-level security levels, you can consider moving to a different coding system. However, for small and medium-sized businesses, there is nothing more secure than Java. The new Java 13 and Java 14 generations will have further updates to improve upon this security.

The sole reason for updating Java involves non-volatile memory. All versions up until Java 13 used mapped byte buffers which weren’t capable of supporting non-volatile memory, but Java 14 has included an enhancement proposal in this area. This is achieved by adding JDK specific file mapping, which in turn means that the File Channel API can produce Mapped Byte Buffer systems that are capable of using non-volatile memory. This adds greater flexibility when combined with secure internet solutions provided by companies like JavaPipe, allowing users to achieve the best results from their coding operations without sacrificing security or accessibility.

What Are the Benefits of Non-Volatile Memory?

With mapping modes specific to Java JDK 14, programmers are able to work more efficiently and at a lower cost. Non-volatile memory allows for program runs to be developed and updated across networks, without the translating and copying costs that come with such a significant undertaking. If your data-driven business involves transactional programs, then this is guaranteed to lower your costs, while creating a company that runs smoothly and coherently. Furthermore, non-volatile memory can be used even when working an unsafe API. It will also be easier to track buffers so that they can be monitored and therefore improved upon.

When Can We Expect to See Java Released?

Both Java 13 and Java 14 are meant as non-long term support releases. This means that they will last for no longer than six months. With Java 13 hitting the market on September 17th, the production release of its successor is scheduled for March 2020. This means that it will be no time at all until your business can benefit from an updated program which allows for non-volatile memory. Although plans have not yet been released, it is expected that future upgrades will further improve on the security and usability of Java.

Non-volatile memory capabilities is an aspect of coding that other languages tended to offer. However, Java was always behind in this aspect – until now. Java 14 will help data-driven businesses to build a more efficient and cost-effective service. By allowing for greater monitoring, you will be better able to target your customers with the most relevant products, allowing your business to achieve a greater level of success. For the largest businesses, however, JavaScript may still be too limited to offer the best growth, so do your research to determine which option is right for you. 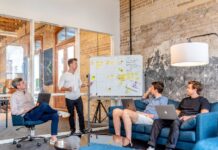 Thoughts About Being A Software Project Manager 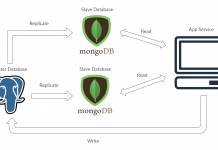 The Master-Slave Database Concept For Beginners 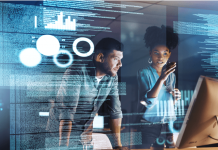 Clean Code is Crucial in Software Development — Here’s Why

Who wants to live forever?

Introduction to Time Series Forecasting of Stock Prices with Python

8 questions about the digital transformation investors should get answers from...

The Future of Tech: According to Generation Z and Young Millennials

Fundraising During A Pandemic? 4 Ways For Startups To Be Most...