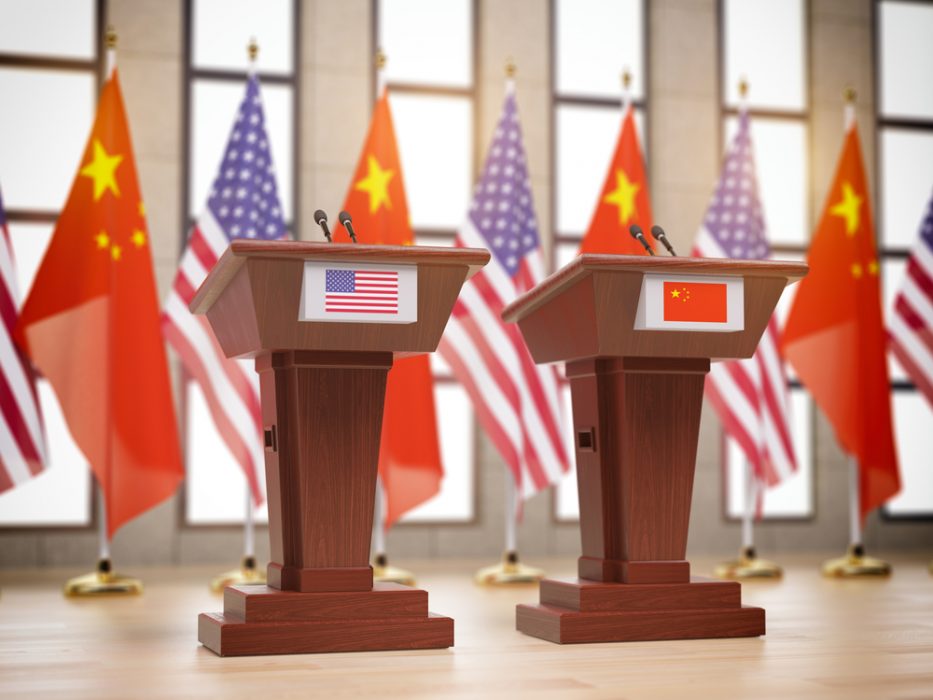 If our goal is for every person on the planet to live well, we should encourage less developed countries to increase their citizen’s purchasing power. That means China must eventually surpass America in GDP. 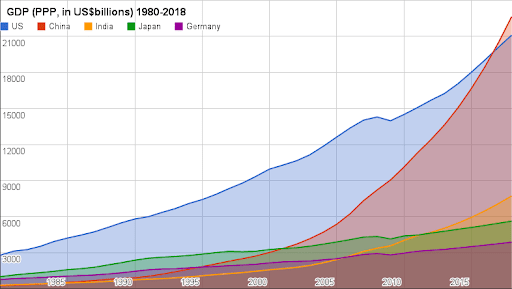 For the longest time, the West has looked at China’s economic development as a threat to the Western way of life. China has 4.3 times more population than the United States of America, so they have the potential to surpass us in sheer amount of consumption, therefore it is only a question of time before China produces more than the USA. The main concern over this isn’t because China’s economy is growing faster than America’s but because China is led by a “forever-term” socialist political party. We fear a quasi-dictatorial ruler in President Xi Jingping will have way too much influence over the global economy at that stage.

I admit this is a concern. But if we set aside political ideologies for a moment, and think of the people living on the planet, most of the world’s population, including the Chinese, have been living in economic starvation compared to Europe and North America.

The point is everyone in the world wants to have purchasing and live well. Why would a family in Shanghai deserve less than a family in Detroit? After all, we are all human. We all need to eat healthy food, to sleep and to feel safe. Ideally, every nation in the world should work towards the same GDP per capita (derived from purchasing power parity (PPP)). This GDP per capita number would show the average value of goods that are produced, on average, by citizens of each country. Thus, if purchasing power is roughly the same everywhere in the world, allowing for international trade, every family should be able to acquire what they need no matter where they live.

This is an ideological wish. But if an idea makes sense and benefits us all, it is worth building towards.

Below is a comparative table of GDP (adjusted for PPP) per capita for a select group of nations as calculated by the International Monetary Fund in 2018:

According to a report by the World Economic League, they expect China to surpass the US in raw national GDP power in 2029, the PPP adjusted GDP per capita for China is less than a third of that of the US. This means while the country will surpass the US in economic raw power, the individual Chinese person is still losing out regarding purchasing power in the global market. In fact, both the IMF and the World Bank rate China as the world’s biggest economy, if purchasing power parity (PPP) is taken into account. You can do the math yourself using the table above. Multiply the adjusted GDP per capita with the population to get a total GDP amount and see which country’s number is highest.

While this feels scary given China’s and America’s political differences, but China Is climbing the economic rankings because they are investing much more in higher education, infrastructure and technology than America. China’s economic growth over the past few years was three times higher than America’s. Perhaps having a unified vision and investment strategy has its benefits. The Chinese people are the real winners here and we shouldn’t make moves to hinder this process. Quite to the contrary!

Politics notwithstanding, we should encourage nations to strive towards equal purchasing power for all citizens. Countries who are in good positions should help elevate the PPP adjusted GDP of other nations to match their own. Worried about religious fanatism, piracy and terrorism? Increase the purchasing power of the people in countries where these emerge, and we’ll notice instances of all these drastically diminish. People with a full belly, good education, a proper home and utilities don’t get themselves blown up in public places! This is true in any nation, for any ethnicity and for any religious group.

I think this is a way of thinking that can help us progress towards a better, more peaceful world.

I don’t know about you, but I feel uncomfortable living well here while others who just happened to be born in other countries, still must scrounge for food… in 2019. I don’t think nations should compete to be the top dog in economic stability and wealth. I think nations should cooperate for mutual benefit, lifting each other up for mutual benefit.

The best way we can ensure to have what we need ourselves is to make sure others around the globe have what they need too. Our world has never been more interconnected. We should wise up and act like it is.

If in time, we reach a point where most people of the world have similar purchasing power, the United States of America will sit pretty in 3rd position behind China and India. That’s not such a bad position to be in.

Sylvain Rochon Sylvain is an international keynote speaker, futurist, entrepreneur and author of the non-fiction book "Engineering Paradise: Are You Ready?". As an entrepreneur, he supports and runs entertainment technology, digital media and international infrastructure funding businesses with multiple partners from around the world. He has a bachelors degree in biochemistry, chemical engineering and education from the University of Ottawa, Canada, has taught from high school to university for over 20 years and has been public speaking for over 12 years. In addition, he currently is a delegate of the World Future Society, a principle at the Canadian Institute of Mass Communication and is a Certified Master Entrepreneur Facilitator & Coach. His passion is now writing and speaking about how artificial intelligence will completely change our society and our economy through articles, other publications and other media formats like video and podcasts.
« Anti-Fragility
Don’t Confuse Digital Transformation, Digital Disruption with Digitization? »