Your Next Car: Your Next Smartphone – On Wheels 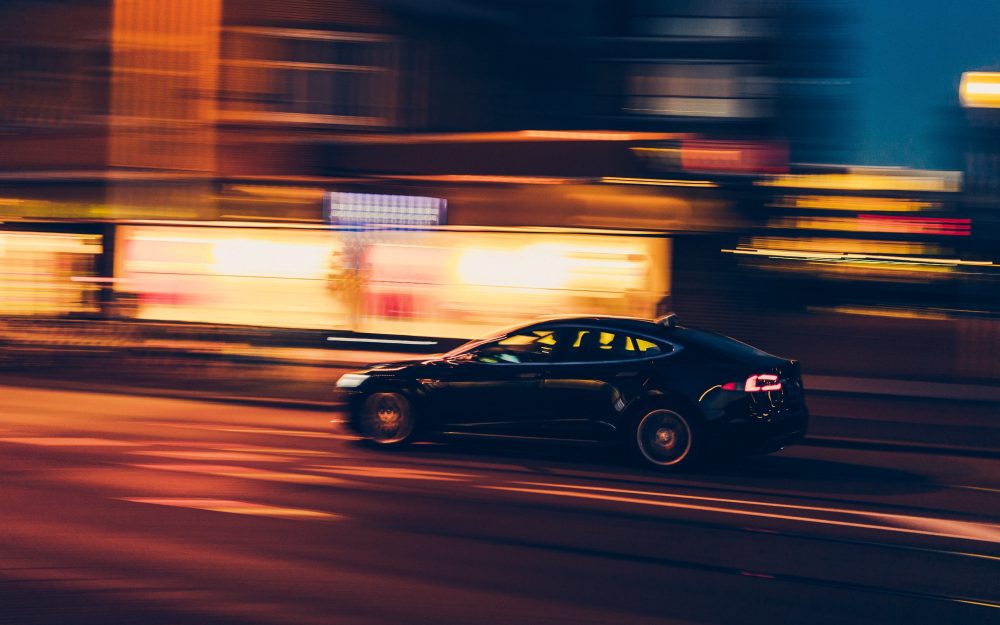 When the iPhone was launched in 2007 it turned out to be so much more than a better phone. It also was a camera, a music player, the gateway to an increasing series of exciting apps and to the Internet itself. It was the blissful result of converged technologies. A similar iPhone moment (the term is coined by author Mario Herger) is set to arrive for cars. They will be electric –as emission standards continuously go up. They will be connected to the internet. They will be self-driving. They will transform into your extra living room, entertainment space, office and opportunity to nap. They will become vehicles for working, eating, shopping, sleeping and kissing.

More than that, chances are that you won’t even feel the need to own this ‘home on wheels’. Renting and sharing the wonderful artifact will be a cheaper and easier option than owning it. Ditching your car, which spends 97% of its life rusting on the parking lot – taking up valuable space – will save you substantial money.

An argument that appeals to smart-yet-low-in-income Millennials in overcrowded cities. Think robo-taxis and ride-sharing – the Uber-isation or Didi-fication of our mobility solutions. They all have become household buzzwords within half a decade.

What are their implications?

Implications for cities and their inhabitants

Fully autonomous cars will materialize further away in the future than the hype suggests. Mostly because human beings can move through traffic in highly erratic manners. Not all of us all the time, of course, but exceptions to the rules behave more devilishly unpredictable than software producing nerds could imagine. (How to react to a street sweeper that suddenly turns a giant circle in the intersection, crossing traffic lanes that had the green light?) As a consequence, for now, I prefer the term AI-driven cars above driverless or autonomous. Actually, when fully autonomous vehicles finally evolve out of AI-driven ones, trucks, not personal cars, will have taken the lead. Trucks often drive the same routes over and over, making everything more predictable. Also, the profits of letting them drive in platoons, saving fuel, are significant – a powerful impetus for focusing in this area first on software innovations toward full autonomy. In 2015 Daimler was the first to introduce its driverless lorry. After trucks buses will follow, then your own car.

City makeovers are huge projects but worthwhile as they improve the quality of life for all involved. The pace and depth of the makeover will depend on the visionary power of mayors and ministers. Unfortunately but naturally, they have a tendency to focus on their short-term preoccupations, intensified and enlarged as these are by media hypes and tweet tsunamis. Also, their long-term vision might not reach further than their last possible re-election date.

Implications for users of mobility – formerly known as drivers

For consumers, once they have freed themselves from the 20th-century cliché that you need to own a car to express your status and ambitions, their mobility future looks much brighter, e.g. cheaper and smoother. Thanks to new disruptive business models on the rise. Take Uber and its international peers. These companies all aim to catch as many drivers as possible in their networks. When that works they can promise and deliver the shortest waiting times for all. This is good for the drivers because they can transport more passengers, which enables them to drop prices while still earning more. This in return will attract even more passengers, bringing them to the cheaper and smoother market.

In the long run, expect individual car ownership to be officially discouraged by governments. When you still want to drive your own car it will be perceived slightly contemptuously as unethical, like wearing fur now in parts of the world. It might be perceived as slightly vulgar as well, as smoking has become. If you persist in private car ownership you will find yourself taxed.

While taxes are no fun, the mobility vehicles of the future will deliver levels of fun we never reached in our traditional cars. The new cars will bring us entertainment on wheels, and thanks to autonomous driving, we have our hands free to embrace it. Next generation car advertisements will not emphasize horsepower but touch screens and dashboard innovations. They will communicate their excellence in the ‘eating, working, sleeping, kissing’ department.

Also, they will stress the quality of their anti-hacking safety software. Software makers and traditional car manufacturers – both categories will blend – often are well-intended professionals, happy and proud to show the world what marvels they can deliver. But there are also other professionals, more criminally minded. Nothing makes them happier then intruding into your connected car and causing havoc there. Software security will become a compelling and distinctive sales pitch.

Last but not least, imagine how empowering the next generation of mobility vehicles will be for the disabled, the old and probably also for adolescents. They now have the ‘autonomy’ of driving, without needing to drive. And in safety. The new generation of vehicles will play the social responsibility card of facilitating inclusiveness.

The next big profits for the automotive mobility industry will not come from car manufacturing itself. It will be generated by managing and servicing fleets of cars, taxis and buses, ubiquitously connected, as they move efficiently and sustainably through our smart cities. Equally important from a lucrative business perspective: offering smart maintenance services to these fleets.

As the whole industry focuses on developing the most sophisticated AI-driven car – and after that the fully autonomous one – expect fierce competition and spectacular revolutions in the key support industry of object recognition development. Object recognition will go two ways. Obviously, driverless cars must be able to recognize everything, moving or inert, on its ways. But in semi-autonomous cars, when there is still someone behind the wheel, its recognition sensors will also monitor the semi-driver, noticing indications of overtiredness, for instance, from eyelid movements. Salient results of all kinds of object recognition could be projected on the car’s windscreen, offering an augmented panorama with real-time safety indications and more. Though we are all evolving in the direction of driverless cars, many of us might feel reluctant about letting the driving wheel go. Watching the augmented version of what the car ‘sees’ on the windshields can have a reassuring effect.

Combustion engines may go up in smoke within one generation. Though, as a counter-narrative, OPEC research predicts that only 7% of vehicles on our roads by 2040 will be electric. OPEC, of course, has a vested interest in such outcomes. So watch startups that focus on improving battery efficiencies. Also watch everything related to lithium, the rare earth key ingredient for next generations batteries in electric cars.

The demise of the combustion engine is bad news for German car manufacturers. Their highly successful car engineering DNA has fully fused with combustion engine knowhow, going increasingly redundant from now on. It will offer opportunities to new players who are not hampered by such a heavy DNA legacy. For Silicon Valley Big Tech players in the first place, with Chinese competitors in their wake. But we shouldn’t exaggerate. Right now it often looks as if the software producers and chip creators at Big Tech are firmly in the driver’s seat when it comes to next-generation car production. But don’t underestimate the amount of deeply specialized knowledge that is institutionalized in the practices and know-how of the traditional manufacturers and that Big Tech lacks, due to its tunnel focus on clean software production.

Embrace the fact that future consumers are less preoccupied with a car’s horsepower – what’s the use of that when you are not behind the wheel anymore, and your car is driving smartly and optimally without interference from you, human earthling? Consumers will be preoccupied instead with a car’s connectivity. Cars without touch screens will be perceived as the twentieth century. Companies that deliver the most engaging entertainment environments – Google, Audi, Sony? – build the most distinctive selling point. Likewise, the company that manages to create the most effective office in your car. And the best anti-hacking software.

Companies that own the brains of the future car will be the winners. As achieving this ownership is complex, expect alliances between traditional carmakers, big tech software companies and entertainment enterprises. Plus collaborations with the ride-hailing giants: they might know less about actually manufacturing cars but a lot about passengers and serving mobility solutions to them. We see substantial alliances already. GM and Lyft are collaborating, so are Lyft, Waymo (Alphabet) and Fiat Chrysler. In Germany leading train company Deutsche Bahn joins in as well. The ambition of all: making your car your next mobile phone. That will be an uphill battle because sophisticated smartphone producers are generally three years ahead of car producers. But the potential profits are immense. It will fuel ambition worldwide.

Carl Rohde Prof. Dr. Carl Rohde writes for DDI on the New Tech Forces and their cultural-sociological impact and meaning for contemporary and future culture and society. During the last ten years Rohde occupied professorate chairs in ‘Future Forecasting & Innovation’ in Shanghai, Barcelona and the Netherlands. Rohde also leads scienceofthetime.com a virtual network of trend spotters and market researchers worldwide.
« Tech Attacks Bias, But Not Totally
3 Reasons Why NLP Matters »