Data scientists perceive the world as data-processing systems, and this view is being increasingly adopted in economics and politics: after all, we think of the economy not as consisting of a myriad of individual perspectives but rather as a coherent whole.

Trying to comprehend the reasons behind capitalism’s success from the perspective of data science, which views the world as a data processing system, is essential to understanding the fundamental forces that shape our world and knowing how we can manipulate them to our benefit.

This article aims to accomplish this objective…

CAPITALISM AS A SYSTEM WITH DISPERSED DECISION-MAKING

According to Harari, capitalism employs distributed data processing, whereas communism — centralized. He writes that:

Capitalism processes data by directly connecting all producers and consumers to one another, and allowing them to exchange information freely and make decisions independently.

Thus, laissez-faire capitalism distributed the work of analyzing data, teasing out patterns, and making recommendations and decisions based on the obtained information between a plethora of independent but very closely interconnected and actively interacting processors.

A myriad actors interact with each other and determine the course of events. As an Austrian economist, F. Hayek put it,

“… in a system in which the knowledge of the relevant facts is dispersed among many people, prices can act to coordinate the separate actions of different people in the same way as subjective values help the individual to coordinate the parts of his plan.”

Exactly due to data-processing reasons advocates of a true capitalism favor lower taxes.

When taxes are low, individuals retain most of the money and therefore have greater opportunities to effectively invest these resources. When taxes are increased, this means that more capital accumulates in the state’s coffers’ and therefore the government makes most of the decisions. But it is known that the government is not as efficient as private investors; thus, in a distributed process of decision-making, the allocation of resources is performed much better than in centralized.

THE OTHER SIDE OF THE SPECTRUM

In the most extreme case, the communist data-processing system, all profits are in the hands of the state, which alone processes data and makes decisions based— how much should a factory produce, what the price of shoes should be, etc. In essence, in centralized systems, the entire economic life is controlled and regulated by the government.

Capitalism, on the other hand, uses distributed data-processing, and this is the advantage that helped capitalism to defeat communism and socialism. This is because when a single processor makes a mistake, the results for the economy are disastrous, whereas, in free-market capitalism, there are many other players, who, in case one of them fails, are quick to utilize this mistake and eventually balance the system out.

Y. Harari gives an example of how in a centralized system when the only decision-making processor makes a mistake, negative effects of misguided decisions inflict severe damage on the country.

The Soviet science ministry forced all Soviet biotech laboratories to adopt the theories of Trofim Lysenko — the infamous head of the Lenin Academy for Agricultural Sciences. Lysenko rejected the dominant genetic theories of his day. He insisted that if an organism acquired some new trait during its lifetime, this quality could pass directly to its descendants. This idea flew in the face of Darwinian orthodoxy, but it dovetailed nicely with communist educational principles. It implied that if you could train wheat plants to withstand cold weather, their progenies will also be cold-resistant. Lysenko accordingly sent billions of counter-revolutionary wheat plants to be re-educated in Siberia — and the Soviet Union was soon forced to import more and more flour from the United States.

If a company in the capitalist country decided to adopt Lysenko’s pseudoscience approach to agriculture, it would inevitably fail, but, unlike in the Soviet Union, other data processors would fill the gap, thereby mitigating the devastation inflicted by the failure of one of the processors.

In the 20th century, distributed data-processing worked better than centralized because it was quick to adapt to changing conditions. When all available information is analyzed and decisions are made by a single decision-maker it is very hard to undertake the right measures and live up to the standards of the new technological era.

Hence, the secret of capitalism’s success is the inherent efficiency of the distributed process of decision-making and the ability to adapt to changing conditions and adopt innovation. This is why centralized systems fail, while open and flexible and decentralized ones succeed. 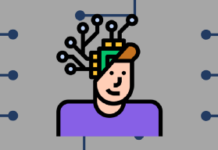 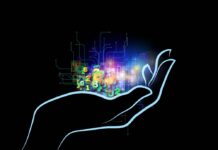 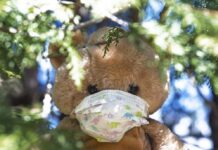 Money: Investing During the Coronavirus Pandemic