Startups and Corporations: What can they learn from each other? 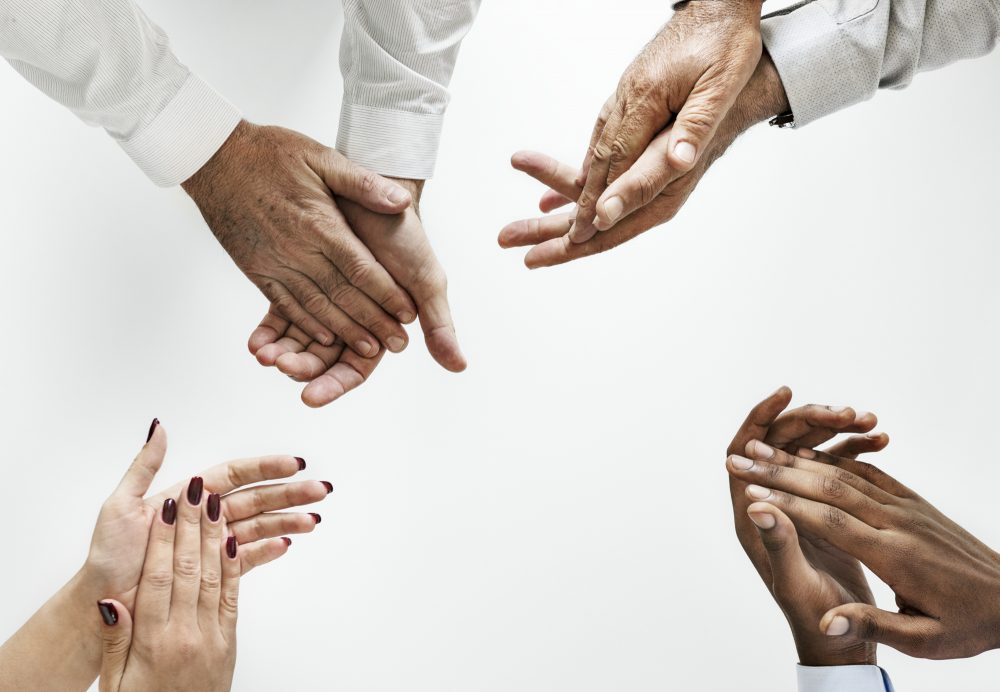 Start-ups can be very compelling in their steadfast conviction that the things they do are special. Unfortunately, in most cases, their eager spirit alone won’t secure their survival. Can the values ​​espoused by fledgling entrepreneurs nevertheless inspire large-company CEOs? Or perhaps it is the latter that can serve as role models for small businesses?

We live in an age that puts a lot of store by innovation, flexibility and creativity in business. These values are most commonly mentioned by technology start-ups which, despite their small sizes, have a huge appetite for market success. It is common knowledge that 95 percent of start-ups do not survive their second year in operation. And yet, every year, new companies go into business to produce hardware and software. They bring interesting ideas and a lot of pluck to the market. Unfortunately, they don’t always manage to avoid slip-ups. Some forget they can learn from the mistakes of corporations and use corporate failures as precious guidance and cautionary tales.

The ubiquitous buzzword “user experience” is on the lips of many large-company CEOs. Customers tend to get lazy and want as much service comfort as they can get while having the number of decisions they need to make to operate software and hardware reduced to the minimum. As Evan Williams a co-founder of Twitter, once said: “User experience is everything. It always has been, but it’s undervalued and underinvested in. If you don’t know user-centered design, study it. Hire people who know it”.

Large companies employ this rule to hire applications and software testers who look for issues and improve their products. This is their way to identify cumbersome functions and unfriendly features. Meanwhile, many start-up founders start out with a cardinal error. They invent a product they believe to be unique. They think that customers will automatically notice this uniqueness and start buying the product with little regard for how it feels to use it. In practice, the innovativeness which start-up founders count on so much gets painfully tested by the market. Any “discomfort” that users experience will cause the demise of the product itself bringing down the entire business with it. Therefore the knowledge of customer behavior and expectations proves to be as valuable as the founder’s initial fervor. I, therefore, suggest examining more closely a few cases of top corporations, all of which demonstrate the critical importance of user experience. Some of them describe large-company products that have disappeared from markets because customers felt they were difficult to use.

Follow your vision, not the money. Money will find you eventually.

Experienced start-ups will likely subscribe to the above observation by the CEO of Zappos. As controversial as it may sound in this day and age, money is not the biggest headache of small businesses. There is, in fact, a lot of money out there from a variety of sources that can be used to finance ideas. The sources range from private investment funds to public grants offered by government organizations to generous online communities (including crowd-funding platforms such as Kickstarter). 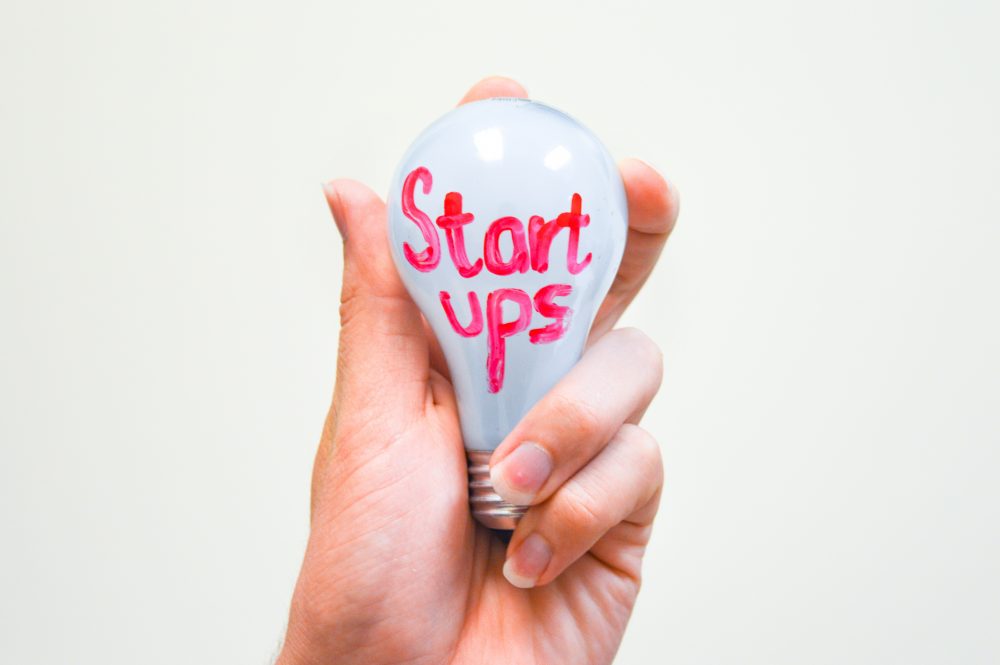 However, as noted by Michał Sadowski, the founder of the Brand 24 platform, which has transformed itself from being a start-up product into a major brand, many start-ups put too much store by money. Instead of emphasizing innovation, they focus on quick access to funding and jump at the first opportunity to secure a strategic investor.

Managing the money in hand can also be painful. Even the most inventive a team will disappoint if it underestimates its marketing spend, commits to a costly long-term contract with a supplier or fails to anticipate an upcoming crisis. Many new businesses neglect to plan for the current and future costs of their new products and operations. Making proper use of Excel sheets and handling one’s money prudently is that little detail whose importance does not escape corporations but which novice entrepreneurs often treat too lightly.

Coming up with ideas is easy. The hard bit is to make them reality.

Large companies are highly experienced in logistics, production planning, and global distribution, which often extends beyond local markets. Start-up owners tend to make the mistake of neglecting these crucial functions, focusing exclusively on their product. This backfires as soon as customers start buying their product. As demand increases, big profits and true market success suddenly come within reach. And yet, no products hit the shelves as distribution flounders, poorly trained sales personnel (if any) fail to deliver, and customer service doesn’t do its job. The company finds itself unable to fund production increases and hire more people. To avoid such washouts, start-ups are advised to anticipate the many logistic problems they can run into once their idea gets big. It won’t hurt taking a good look at how it is done in corporations.

Working out of garages doesn’t pay.

How is it possible that despite all these mistakes and a long list of failed businesses, start-ups excite the media? What is it about the idea of a “start-up” that attracts not only starting entrepreneurs but also investors, who by definition should keep a cool head. Is this a game worth playing? 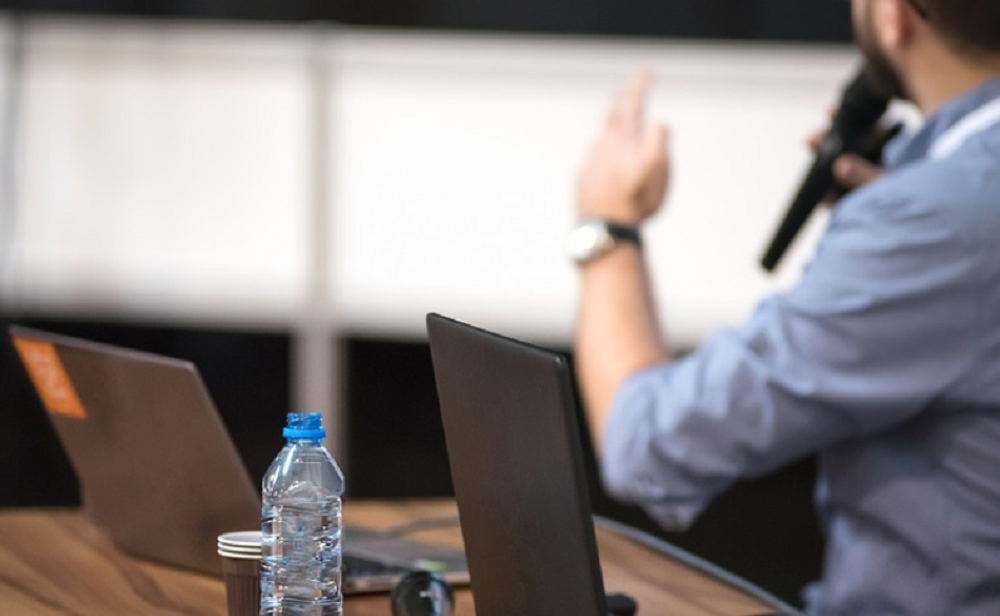 There are several ways to answer this question. Start-ups bring life to global business. After all, many of the companies and products associated with the technological and business mainstream would never make it were it not for the ideas created in garages. Many of them have moved their business to Silicon Valley and many similar hubs. Such small companies fill a crucial demand niche. They are a breeding ground for the kinds of ideas that could never be born in the conservative calculating corporate environment.

Two pizzas to feed everyone

To paraphrase Jeff Bezos: every team should be small enough that it can be fed with two pizzas – if you exceed that number, you are overstaffed. Start-ups show businesses how to manage their workforce rationally and flexibly. People are hired only when truly needed and when the business requires it. Can you imagine a start-up whose employees idle away for hours on end getting bored out of their wits? Hardly. Can the same happen in a large corporation? Absolutely. This flexibility also affords small businesses the freedom to design their working hours as they see fit. Tasks are performed when the time is right and employees are most creative. You can see this as either extravagant or reasonable. I lean towards the latter. In addition, a handful of people in the company are committed to streamlining procedures, uniting people around the mission and building the company culture. They keep the company from creating inefficient structures that stand in the way of communicating, circulating and assessing ideas.

The children of technological revolution

In my view, start-ups are clearly the children of technological revolution. They would never even be here without the massive transformation that took place over the past three decades. The internet and, more recently, cloud computing, have made quick and cheap access to ideas and tools possible. Corporations take weeks if not months to assess an idea or expand its IT unit. All that start-ups require to do the same is access to the internet and free software. Technology has accelerated operations, decision-making and the flow of ideas. Small tech companies are living proof of that. Corporations have realized that this is where the pay dirt lies. It is common these days for large players to buy out small tech companies. It is equally commonplace for them to “breed” start-ups, that is, deliberately create small organisms far removed from corporate mechanisms, which employ their own ways to deliver innovative solutions to large companies.

The market is big enough for all players.

A dynamic interaction between large and small companies is not only necessary – it is the future of business. Large companies will be watching fledgling entrepreneurs closely, knowing fully well that the very different circumstances under which the latter operate may help the former strike gold. There is no need to sell this idea to the boards of such tech companies as Google and Facebook. And while the rest of the business world may be more hesitant to embrace this thinking, it’s only a matter of time before they do. Start-ups can sleep well at night because everyone needs them.

Norbert Biedrzycki Head of Services CEE at Microsoft. Leads Microsoft services in 36 countries which include business and technology consulting, in particular in areas such as big data and AI, business applications, cybersecurity, premium and cloud services. Previously, as a Vice President Digital McKinsey, responsible for CEE, providing holistic combination of strategic consulting, digital transformation through rapid deployment of business applications, big data solutions and advanced analytics, business use of artificial intelligence, blockchain and IoT. Prior to that, Norbert was as the President of the Management Board and CEO of Atos Polska, and was also the CEO of ABC Data S.A. and the President of the Management Board and CEO of Sygnity S.A. He had previously also worked for McKinsey as a partner and, at the beginning of his career, he was the head of Oracle's consulting and business development services. Norbert's passion is technology – he is interested in robotization, automation, Artificial Intelligence, blockchain, VR, AR, and IoT and the impact modern technologies have on our economy and society. You can read more on this on his blog.
« Medico-legal Perils of Artificial Intelligence and Deep Learning
What do Investors Look For? Advice for Founders »