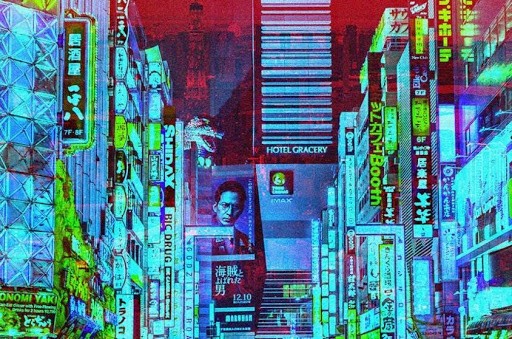 In Part 1, we analyzed the Ponzi financing model, and further study the paradigm shift of the three financing models. Today, we discuss the investment logic of hedging and Ponzi, as well as the impact of negative interest rates on digital currencies such as Bitcoin.

3.Investment Logic of Hedging and Ponzi

If we deduce further, we will find that these three financing models correspond to two kinds of investment logic: the logic of hedging and Ponzi respectively.

The former pursues a more tangible and stable income, which comes from cash flow or interest. While the latter comes from the logic of expecting latecomers to “pay the bill” by taking over at a higher price.

The former sounds more valuable, while the latter sounds more speculative, but in fact, value and speculation is often interchangeable. Take the recent actions of Central Banks releasing liquidity and promoting large-scale assets under negative interest rates as an example.

Under the pricing formula of bonds, the continuously decreasing risk-free rate will push up the price of bonds. In this case, long term bond price will continue to rise if the expected risk-free rate continues to be cut. Even if there is no interest income, income can be obtained from the rising bond price. For example, the price of long-term German bonds has been rising for more than 10 years.

At the same time, due to the expectation of recession, investors are increasingly interested in hedging assets – they will all move to hedging securities such as U.S. and European debt, which will further push up prices, reflecting a Ponzi’s investment logic.

Under negative interest rates, treasury bonds, gold and other low interest or zero interest assets can be favoured by the real demand of funds with hedging, and Ponzi logic.

In August $2B euros of German 30-year zero coupon bonds were snapped up, attracting a lot of media attention. While gold, the traditional zero interest asset, has also been backed many times by Dalio in public with the explanation of a paradigm shift.

In turn, the Ponzi investment logic may be transformed into a kind of hedging logic.

This year, under the expectation of a recession, valuation and pricing of assets will be suppressed. If the absolute value of the assets dividends has not changed significantly, dividend rates will greatly increase when the asset price drops sharply, which will exceed the level of risk-free interest rate, becoming a good interest-bearing asset. This makes the traditional secondary market, which the original main logic lies in Ponzi investments (i.e. the expectation of an offer taker to bring up the asset prices due to takeover), to also attract hedging investments, thereby creating a shift between the two.

The high dividend strategy in the bear market and the hot “core assets” of this year’s A-shares are the products of this logic.

After everyone (institution) acknowledges high dividend rates and purchases in mass, the investment logic will again shift from hedging to Ponzi. Hence, we need to carefully analyse the risks.

All in all, the two kinds of logic will interchange. If we can grasp the opportunity of the logic transformation, we may grasp higher profits. Recently, the interesting phenomenon is that the two met at the crossroads: the 30-year U.S. bond yield fell below the average dividend yield of the S&P 500 index – the first time since March 2009.

4.Three Stages of the Bitcoin Investment Under Negative Interest Rates

Many people mentioned before that Bitcoin, like gold, is a zero-interest asset in a negative interest rate environment, which will attract more funds:

Firstly, in order to avoid being charged negative interest rate, the fund will be in the form of gold or Bitcoin, which will lead to more people purchasing, i.e. hedging investment logic;

Secondly, it is the revaluation of assets. Like bonds, when the market expects a continuous cut in interest rate, it will lead to an expectation of a rise in Bitcoin prices.

Thirdly, when the above two ferment, rise in Bitcoin prices lead the market to follow the Ponzi logic.

While that sounds reasonable, the market is not buying Bitcoin’s recent performance. Why is that so? This is because the logic of hedging cannot form a real demand for the time being.

If we impose negative interest rates, is it reasonable for the depositor’s money in the bank to be charged interest instead of earning interest? No, buy Bitcoin! Of course, we didn’t make this up. There are real cases in Cyprus:

As soon as the news was released, Cyprus citizens rushed to the bank one after another, resulting in long lines at the ATMs. The situation was out of control. “The government is robbing us, this is the worst time in my life, and it reminds me of the Turkish invasion of Cyprus in 1974,” said one Cypriot.

In order to prevent the situation from worsening, a number of banks in Cyprus issued a circular on the same day on the 19th, announcing that they would have a temporary holiday on the 19th and 20th, also suspending online banking and international transfer services. The only ATM that cash can be withdrawn has long been emptied by depositors. To relieve the cash pressure in Cyprus, the British air force dispatched a plane to urgently bring $1M euros to Cyprus.

Affected by the Cyprus incident, other countries in the euro-zone have also seen people cashing out. With people worried about deposits, Bitcoin became an attractive alternative. Bitcoin soared from more than $30 to $265 in just a few days.

However, this is not the case in reality. At present, the target of negative interest rate is the excess deposit reserve put by banks in the Central Bank. It is the measures taken by the Central Bank to prevent commercial banks from collecting interest on their accounts, it is not meant to be taken against retail investors.

From this point of view, the hedging logic of Bitcoin as a zero-interest asset can only stay at the logical level since there is no real demand and strong consensus yet. This is the first stage that we are currently in.

How to form a stronger consensus? We need real cases, that is, we need to expand the impact of negative interest rates from commercial banks to retail investors.

In a more representative region with a landmark event like Cyprus in 2013, it would make people feel the fear of being dominated by negative interest rates, which will result in people having real hedging demands from Bitcoin, reaching a deeper consensus. This is the second stage, which the hedging logic really maximizes its potential. In this stage, because of the panic effect brought about by the landmark event, it will also result in a transformation from hedging to Ponzi, alike a bubble formation.

The third stage is the stage of hedging logic normalization. Under the fermentation of the second stage, the consensus of Bitcoin as a zero-interest asset has deepened. If there is no major breakthrough in technology, the economy continues to decline, and the number of regions implementing negative interest rate expands; an increasing number of people would have real demand for Bitcoin, leading to more consensus, and hedging logic normalization.

The premise is, will the negative interest rate be passed on to the people?

For the time being, it’s a bit difficult. If the bank wants to collect interest from the depositor, the depositors will tend to withdraw the cash to keep them, which the bank does not want to see. Hence, at present, countries that charge negative interest rates still charge 0% interest rate for retail depositors.

Is there a solution to this? Yes, and it’s a coincidence that it’s solved by digital currency. Once the depositor withdraws the money from the bank and keeps it in cash, it is difficult for the central bank to charge interest from the cash because of its anonymity.

However, what if cash is kept in the form of digital currency? Then as long as the Central Bank changes some parameters, it can easily collect interest from depositors, and negative interest rates can thereby be more effectively passed on.

At present, China’s Central Bank’s digital currency has clearly expressed its position of replacing M0 (cash). If negative interest rates continue to be inevitable, we believe that countries will have sufficient impetus to develop their own digital currencies.

In conclusion, under negative interest rates, Bitcoin investment can be separated into three stages:

The first stage is the current use of hedging logic, which is not reliable;

In the second stage, a real event needs to happen to bring about a small portion of inelastic demand in hedge financing, which leads to the emergence of the Ponzi logic and by extension, pumping money into the market;

The third stage is that if the economy continues to be depressed, the negative interest rate policy will continue to transmit to more countries, normalizing the hedging demand of Bitcoin.

In the second and third stage, it may be necessary for the Central Bank’s digital currency to take the lead in promoting the transmission effect of negative interest rates.

In other words, in order for Bitcoin to better help users to hedge assets, we need to promote legal digital currency to enhance the transmission effect of negative interest rates.

The world is often so interesting.

Alan Zhang Alan Zhang is an investor and market gazer that leverages greatly on data technology in decision-making. He is familiar with the different financial markets of China including the stock, futures and cryptocurrency market. Further, he participated in the establishment of alternative investment markets like black tea since 2014 and was responsible for the private placement of Huangshan Tourism shares (600054.sh) in 2015. He is currently also a Financial Analyst at X-Order, an innovative research institute that attempts to combine cross-disciplinary fields such as distributed computing, computational game theory, artificial intelligence and cryptography to discover future extended orders. It was founded by Tony Tao, who is also a partner at NGC Ventures.
« The Dangers of using Spending as a Reward
Why You Need a Coach »