VR Architecture as an Accessible Memory 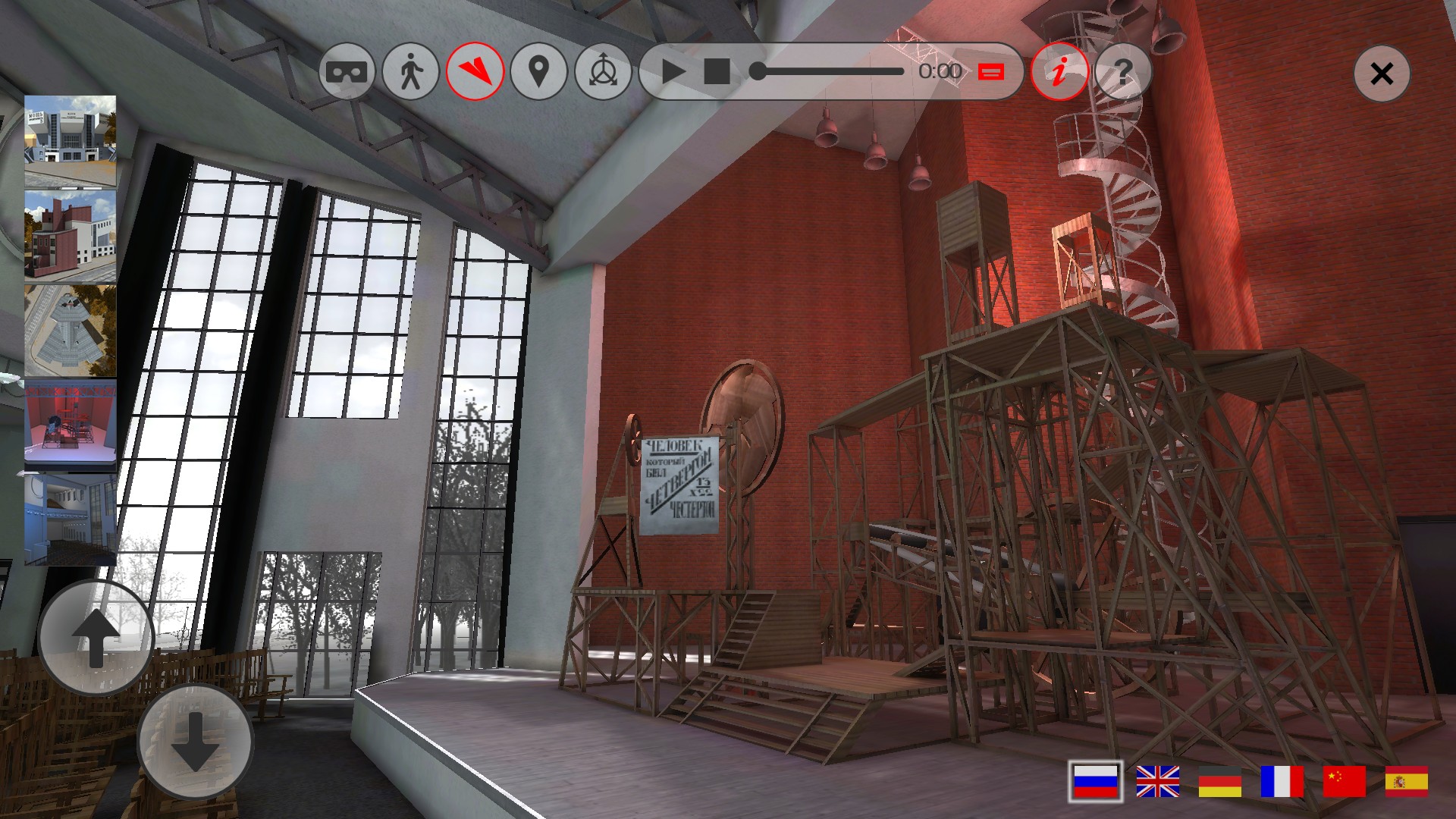 What makes a good architecture app? A detailed simulation which is informative on the one hand, but also visually and technically convincing on the other. And with multilingual support. And as cross-platform.

Some time ago, I came across a masterpiece in this area. The Virtual Architecture Museum is probably the most powerful application I have seen in this area so far.

Shchusev State Museum of Architecture (Государственный архитектурный музей им. А.В.Щусева) has developed with the help of 3Dreamteam a unique platform, which presents several existing, but also never realized architecture projects: “The Virtual Architecture Museum“. Available for iOS (iPhone and Mac), Android, and also as a standalone program for Windows.

The program allows visitors to experience the architectural complexes in an urban context from a bird’s eye view (also in flight). An annotated multimedia tour (with texts, narration, and historical documents) is also available – flawlessly implemented in six languages. And those who want to visit the historical (or even never-existing) buildings on foot will also be appropriately serviced – the first-person perspective captivates one via immersion (only the sound is still missing).

I entered history with an Android smartphone – in smooth graphics without frame drops or long loading times. Since the latest update, a new feature extends and completes the experience of time travel into the third dimension – support for Google Cardboard! Fascinating. Visit history in virtual reality. 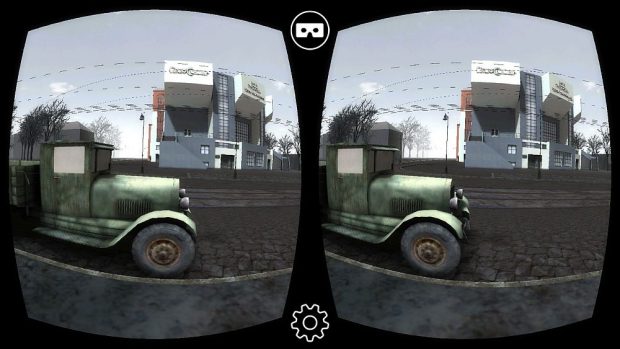 Why don’t you come with us on a little trip through time?

Architecture that changes the world.

We start with probably the most striking architectural project of the Soviet era. Already in the 1920s, the idea of a Soviet palace was born – an ambitious thought, a prestige object. The first Avant-Garde designs were all torn apart by the press. In 1931 Moscow’s Cathedral of Christ the Saviour was demolished, and the actual architectural competition for the Palace of the Soviets (which had to be built on this site) was opened.

Many contributions were made. Among them was the first, laconic variant by Boris Iofan, which was limited to clear forms and presented a worker with a torch on the library tower.

The project by Zholtovsky, the renowned neoclassical architect, was criticized as a “lifeless pastiche of antiquity“, but was narrowly chosen, solely because of its megalomaniacal grandeur.

There were also contributions from abroad – 11 from the USA, five from Germany (including Gropius and Poelzig), and others from France, Holland, Switzerland, Italy, and Estonia. The maitre d’ of architecture, Le Corbusier, provided a vision of the sun – with consideration of the periphery, acoustics, ergonomics. The proposal was received with great interest, but was rejected as “too industrial“.

The 28-year-old American Hector Hamilton impressed the jurors with his simple vision (even though the international architectural community criticized the technical weaknesses and visual backwardness of the project) – and his draft (among with Iofans and Zholtovsky) were declared to leading contributions.

The winner was the second proposal by Boris Iofan, who, together with Vladimir Shchuko and Vladimir Gol’freich, developed a monumental composition reminiscent of Fritz Lang’s Metropolis, which was (with its hight of 415 meters, or 1,362 ft) to eclipse all other urban buildings worldwide.

Inside the palace, several halls were planned for political events, theater and even ice skating. The building was to be crowned by a 100-meter-high Lenin statue, in the head of which a congress hall and library were to be housed. In the simulation, you can fly around Lenin’s head and see parts of Moscow from above. 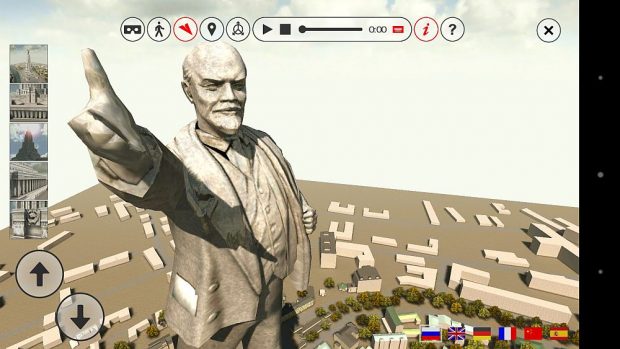 The planning and realization took decades and failed due to Second World War and other circumstances (e.g., groundwater leakage) so that it was considered to switch the building site to a public swimming pool instead of an architectural milestone.

The Virtual Museum contains many other complexes such as the pavilions by Schechtel at the International Exhibition in Glasgow, 1901. 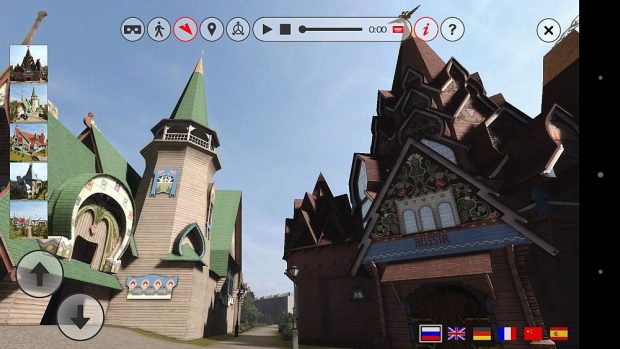 Or the country residence of Prince Nikita Trubetskoy “Pleasure Garden” (“Neskuchnoe”), including gardens and labyrinth to get lost in. 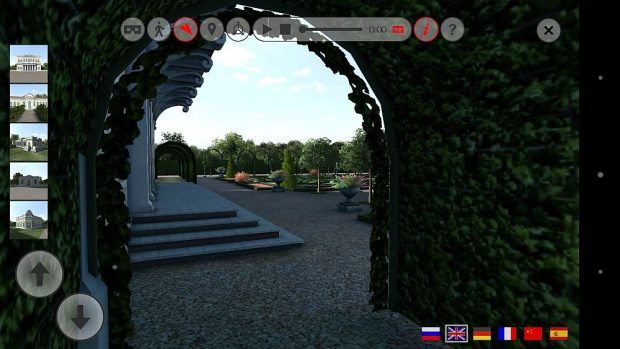 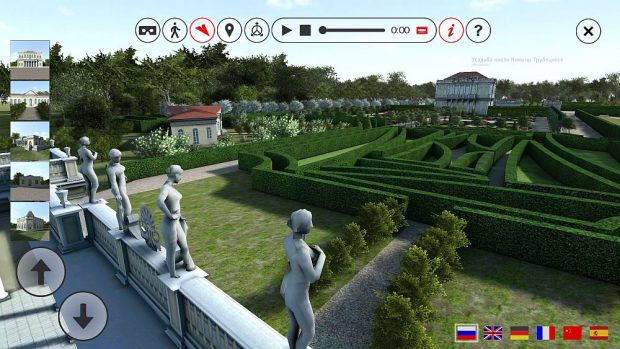 But one reconstructed place has particular relevance for me. Personally.

Looking for my Dad in VR

This project was – unlike other sites – realized. A quite unusual one: Rusakov Club in the form of a cogwheel, conceived by the world-famous architect Melnikov.

The multifunctional building was designed for the entertainment and education of workers, with several halls that could be used separately. However, put together the auditoriums could accommodate more than 1100 people.

The building remains (despite ongoing tendencies of Moscow urban management to tear down old buildings for new architectural prestige objects) – now it is hosting Roman Viktyuk’s experimental theatre. Here is a photo by Roberto Conte of the actual buildings condition: 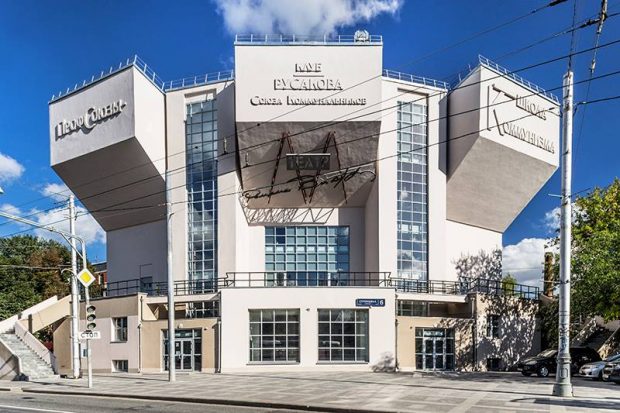 In the VR-simulation, you can enter the building and even experience the constructivist set design by A.A. Vesnin for the production of Chesterton’s “The Man Who Was Thursday: A Nightmare“. 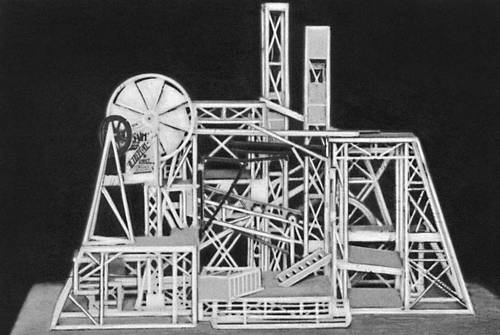 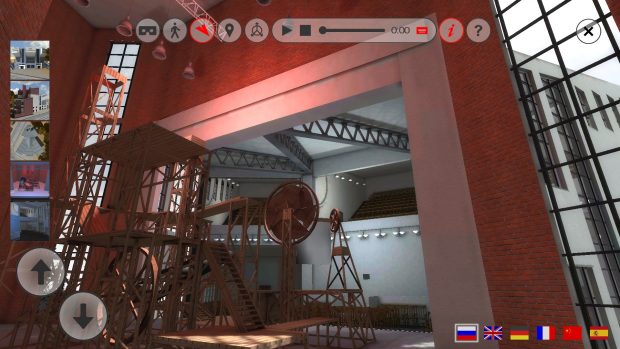 But this building bears memories within, which are very important for me. Here, in the 1950ies, in the Theater Studio “Rusakov Studio” my father engaged as an actor, photographer, and co-organizer.

He knew all the corners of this building; he witnessed (than non-famous) actors emerging. He also took part in planting trees in the backyard of the building.

He did a photo of this tree planting event – compare the history with reconstruction: 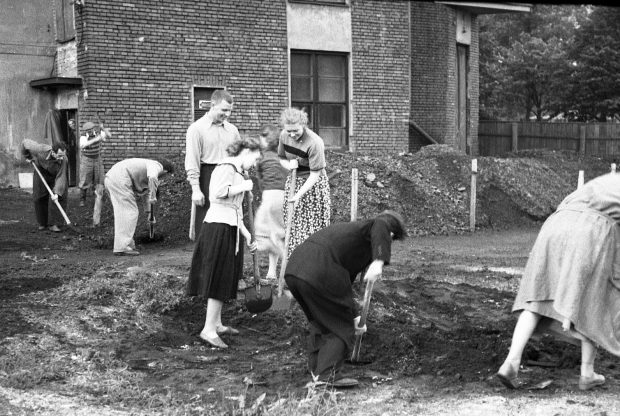 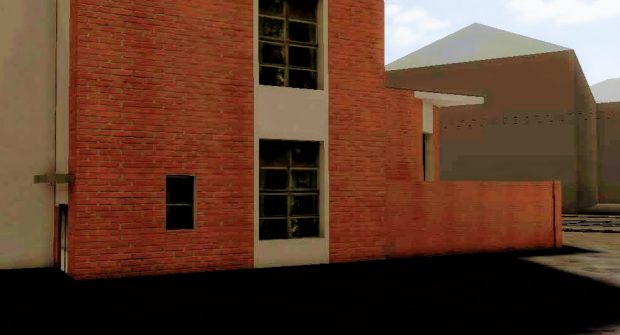 I often visit this place – in virtual. Reminding my father, who experienced this ground, these walls, this sky. In real. In the 1950ies.

Virtual reality can transfer us in every possible world – but it can also bring the past to us. And I keep immersing in my father’s memories.

Vlad Alex Follow Vladimir Alexeev works as a Digital Experience Specialist at logistic corporation DB Schenker: his focus is mainly on Digital Transformation. Digital Customer Experience, Employee Experience, Social Listening, IoT, Blockchain, AI and other New Tech topics belong to his terrain. He is also writing a thesis about Historical Avant-Garde: Dadaism, Surrealism, Futurism is his area of expertise as well. He is driven by his affinity for transmedial storytelling, viral marketing, ARGs and mixed reality. In his articles, he examines the interconnectedness of all these topics. Speaking Russian, German and Japanese, he sees himself at home #everywhere, without any borders and geopolitical boundaries. He blogs and twitters privately as @Merzmensch as well. At DDI he writes as a private person.
« Strategies for Optimizing Your Business Technology
Why Do Investors Like to Fund Intellectual Property? »